"Probe" Russia, or "catch a fish" in "muddy water"

Those who want to earn "points" in the conditions of pressure on Russia will receive a tough rebuff.

No one should have any doubts - even in conditions of colossal external pressure, Russia has enough strength and means to protect its national interests anywhere in the world, the correspondent of The Moscow Post reports.

In the conditions of a special operation to protect the republics of Donbass and colossal economic and diplomatic pressure on the Russian Federation, some of our former Western partners (and not only them) seem to have combed their hands.

Apparently, Russia's opponents believe that while the main attention of the country's military-political leadership is riveted to Ukraine, you can catch fish in muddy water where the Russian state did not allow such "tricks" to be said before. And this is actually happening along the perimeter of our borders.

Last Friday, there were reports that Azerbaijani troops allegedly entered the area of ​ ​ responsibility of the Russian peacekeeping contingent in Nagorno-Karabakh. About this wrote Lenta.ru.

The Azerbaijani military launched four attacks on units of Nagorno-Karabakh. It is clarified that attacks from drones of the Bayraktar TB-2 type were carried out in the area of ​ ​ the village of Furukh.

Russia called on Azerbaijan to withdraw troops, martial law was introduced in the most unrecognized Nagorno-Karabakh republic. As a result, the representatives of Azerbaijan seem to have stepped back, major clashes were avoided. It seems that precisely thanks to the position of Russia, which has been the guarantor of the security of these territories since the fall of 2020

What happened in the NKR is not an ordinary provocation, but a very symptomatic phenomenon. Azerbaijan is not an enemy of Russia, but for some time has been in the orbit of influence of Turkey, a member of NATO. Today, Turkish President Recep Tayyip Erdogan, on the one hand, offers himself as a mediator for resolving the conflict between Russia and Ukraine. On the other hand, he continues to supply the Ukrainian army with Bayraktars and probe the reaction of Russia in Transcaucasia.

Turkey took on the role of a conditional collector of Turkic lands and peoples. In this context, Russia is theoretically a natural opponent of Turkey, and Erdogan cannot but understand this. However, if he hopes with other people's Azerbaijani hands to set fire to Transcaucasia again, then he miscalculated. 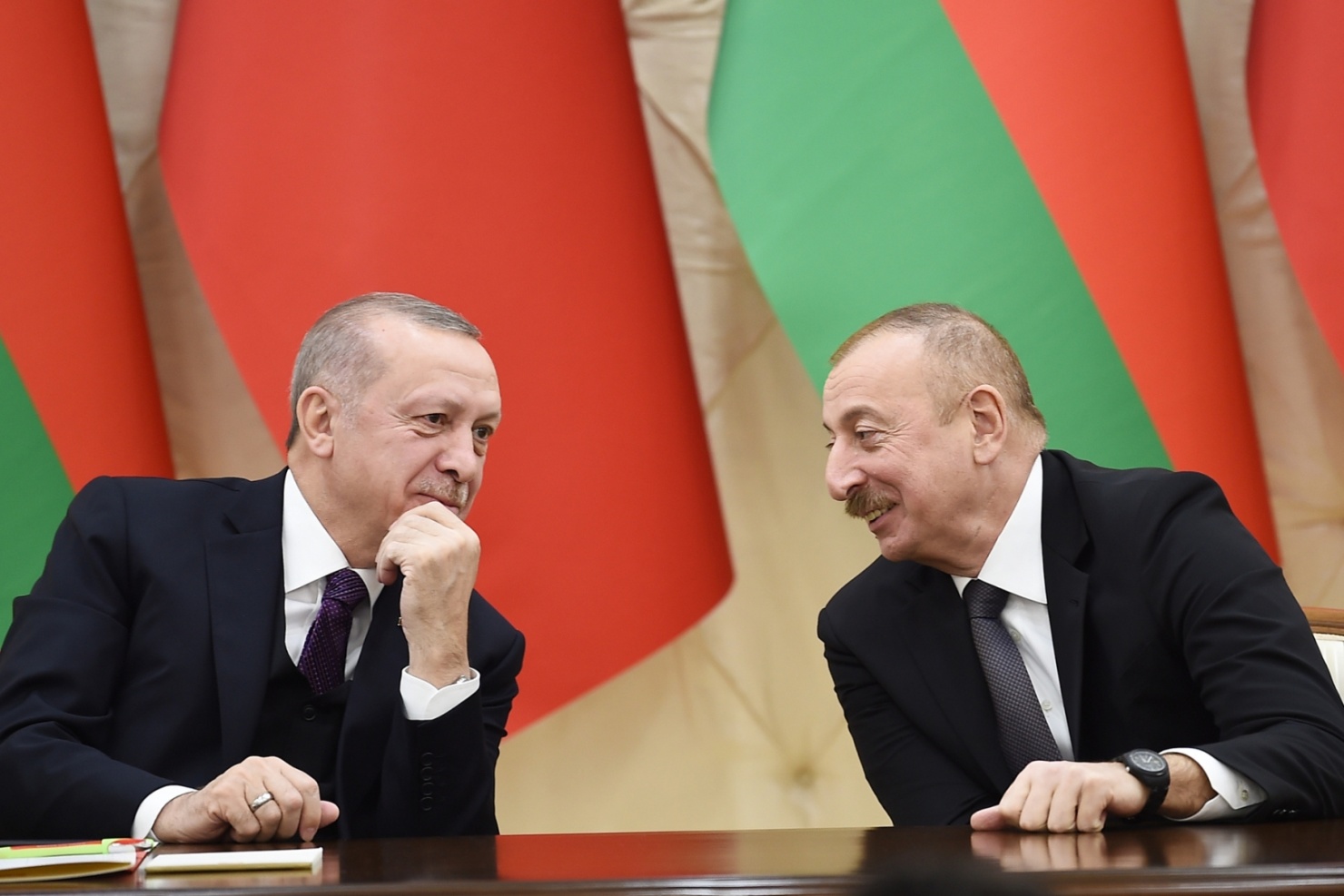 Erdogan decided to probe Russia in Transcaucasia with Aliyev's hands while Russia is busy in Ukraine? Photo: President.az

Russian peacekeepers continue to be guarantors of security and operate strictly in accordance with their mandate. And Russia has a complete set of all the necessary means and methods to immediately stop any illegal use of force on the demarcation line.

But this is just one of these cases. Our former Western partners also intensified. What only Poland is worth. With the start of Russia's special operation in Ukraine, the Polish leadership seems to have entered the rage, and decided to significantly expand Polish territory

It is known that the Poles sleep and see the return of Lviv to Poland along with the entire Lviv region. It was for this that Poland proposed introducing NATO "peacekeepers" into Ukraine, which could provoke a conflict between the Alliance and Russia. Is the Polish leadership in his mind?

History itself has shown that where Poland sees its own interest, even the threat of the outbreak of world war will not stop it. This was the case during the famous Munich conspiracy, when after the agreement of Germany, France, Great Britain and Italy on the division of Czechoslovakia, Poland repelled the Teschin regions of this state.

Now Polish politicians are looking not only at Lviv - but also at Russian Kaliningrad. Former commander of the Polish ground forces, General Waldemar Skischchak, said that Kaliningrad has been "occupied territory" since 1945.

According to Skzypczak, Warsaw should recall Kaliningrad and claim it, since these lands are part of Polish territory and "have never been Russian." His words are quoted by Lenta.ru. In addition, a number of military-political experts assure that Poland, together with NATO countries, has long been developing plans for the military capture of the Kaliningrad region. Allegedly, there are several scenarios at once.

So I want to ask our former Western partners - have they gone crazy? 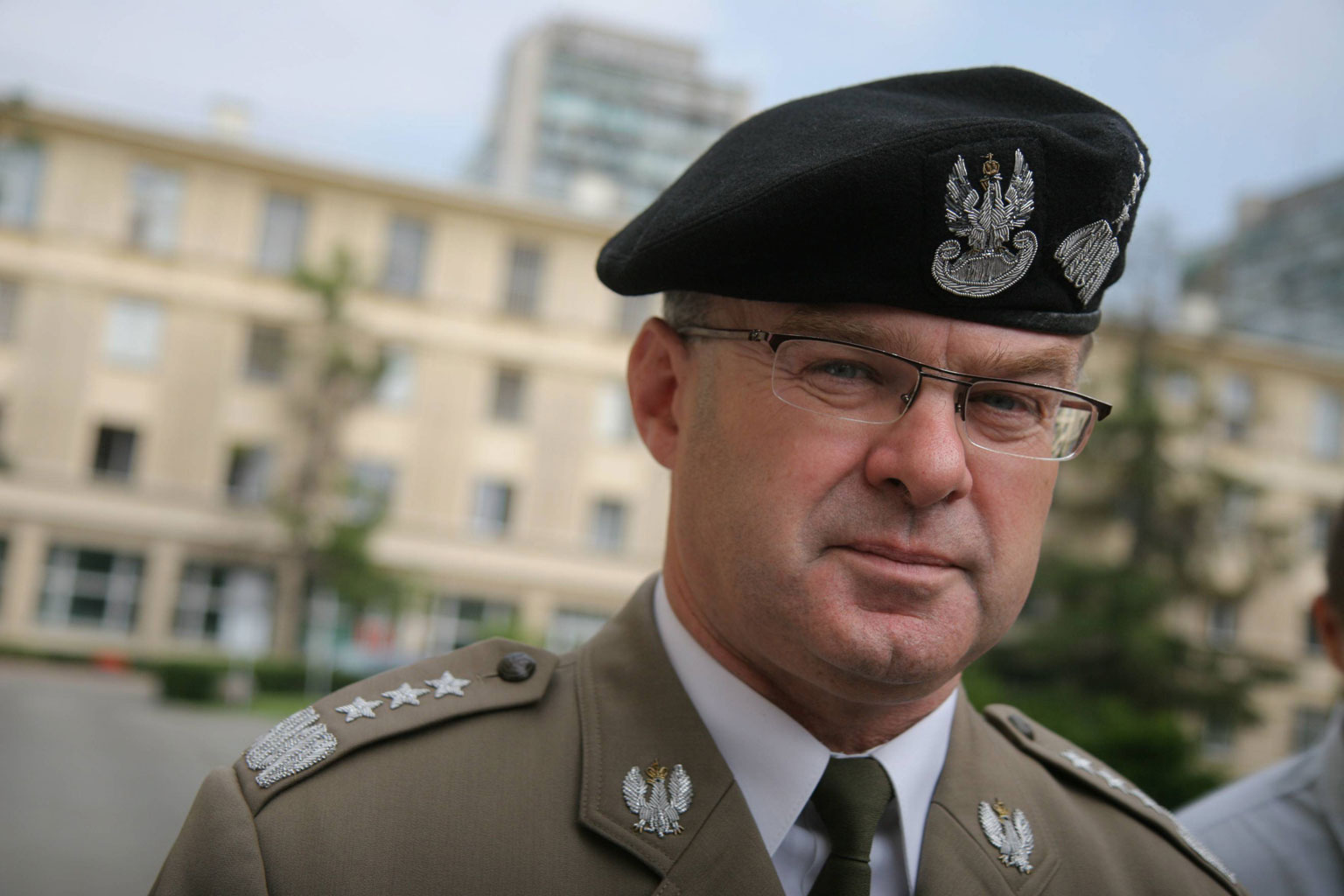 Such insinuations, especially those expressed by representatives of the NATO army command, lead to nothing else but the aggravation of the already difficult relations between the Russian Federation and the Alliance. In a situation where the parties are trying so hard to find common ground, the position of individual Western states indicates that Russia as a whole is waiting for the same thing - the collapse and disappearance from the political map of the world.

Meanwhile, such provocations will certainly continue, and from different sides. Attempts to support Russia, walk through its "rear," swing the situation in places where it would seem to be stable and not alarming - will continue.

Today, Ukraine, faced with imminent defeat in the Donbass, denazification and demilitarization, is struggling to draw the countries of Europe and the United States into a conflict with Russia. This is also said by Ukrainian sources themselves. From the same series was a provocation from the Zaporizhzhya NPP. President Vladimir Zelensky and his team lied to the entire world community that Russia allegedly fired tanks at nuclear power plants to frighten them with the prospect of a man-made disaster. In fact, there were no shelling.

From the same series of attempts by our ill-wishers to persuade the United States and NATO to create a no-fly zone over Ukraine. The fact that this is a direct declaration of war on Russia, the beginning of a large-scale clash in Europe, Ukraine does not care about the word at all. The main thing is to arrange maximum chaos and bloodshed, and in this mess to realize their own military-political goals.

But here too - a complete failure. They do not want to fight Russia with their own, and not with other people's hands, in NATO. So there will be no flight-free zone, no supply of heavy weapons and military equipment for Kiev from Western partners.

But what will definitely happen is the continuation of attempts to provoke Russia in one direction or another. If we take another example, Finland recently said that they could think about joining NATO. Very quickly, they disowned these words, admitting that such a step would inevitably spur a security crisis in Europe - Russia would not look at it through its fingers.

However, from the very beginning it was clear that Finland would not go for this - why then inflate this topic in the press? Just in order to assess the reaction of Russia to the intensification of such a discourse - "swallow," or not? Or do they pretend they didn't notice? Noticed, and how. Our Scandinavian neighbor will not be in any NATO.

In the same vein, it is worth considering some news from friendly Kazakhstan. After the failed coup attempt in this country, some time has passed. And after the start of the special operation of the Russian Federation in Ukraine, messages began to appear, allegedly Russian citizens living in Kazakhstan began to try to hurt on a national and linguistic basis.

The Government of Kazakhstan has repeatedly made statements about the inadmissibility of such actions. Still, it does not leave the feeling that these "injections" can be coordinated from several centers outside Kazakhstan. Who benefits from shaking up the situation there while Russia conducts a special operation in Ukraine? Our geopolitical opponents are represented by the United States and the EU.

From the same series, conversations began in Japan about the possible forceful return of part of the Kuril Islands (with the participation of NATO) after Russia refused to conduct further negotiations on a peace treaty. Someone considers this a simple chatter, but there is no smoke without fire - Russia is tested for strength.

No one should have any doubt that even in a situation of colossal external pressure, Russia has enough strength, means and political will to protect its national interests. And - anywhere in the world. Any provocation, especially military, will receive an instant and adequate response. Such that this experience will not want to be repeated soon.