Unlike state corporations that promised to enter the port of Thessaloniki with words, Ivan Savvidi did show who the real patriot was, having bought a stake in the Greek port.

The entry of Russian capital into the port of Thessaloniki guarantees for the Russian Federation the absence of market discrimination in access to one of the main water transport arteries in Europe.

According to the correspondent of The Moscow Post, the owner of the Agrocom group, Russian billionaire Ivan Savvidi gained control of the operator of the Greek port of Thessaloniki Thessaloniki Port Authority SA (ThPA). The port of Thessaloniki is one of the key, strategic harbors of the entire Mediterranean, and the second most important port of Greece. For a long time, privatization procedures continue there, caused by the recommendations of the European Union and the desire of the Greek authorities to corny get more money in the face of an economic crisis. Even with this in mind, Savvidi's sudden "approach" to Thessaloniki caused surprise, someone had joy, and someone had regret and even poorly hidden fear.

Ivan Savvidi tried many times to attribute a variety of sins, but time and again these rumors were not confirmed. But what was found was the balanced patriotic position of Savvidi, who did not fall to the extremes and tried to do what he did best - business.

And it is the business that the Russian of Greek origin Savvidi will do. And there are enough prospects there - according to the results of 2020 ("coronavirus," note), the port served a total of 8.1 million tons, this is more than 460 thousand containers in 20-pound equivalent. The decrease in cargo traffic for the season occurred by only 1.9%. That is, even the world pandemic could not greatly shake the position of the Mediterranean harbor with regard to the release of goods. 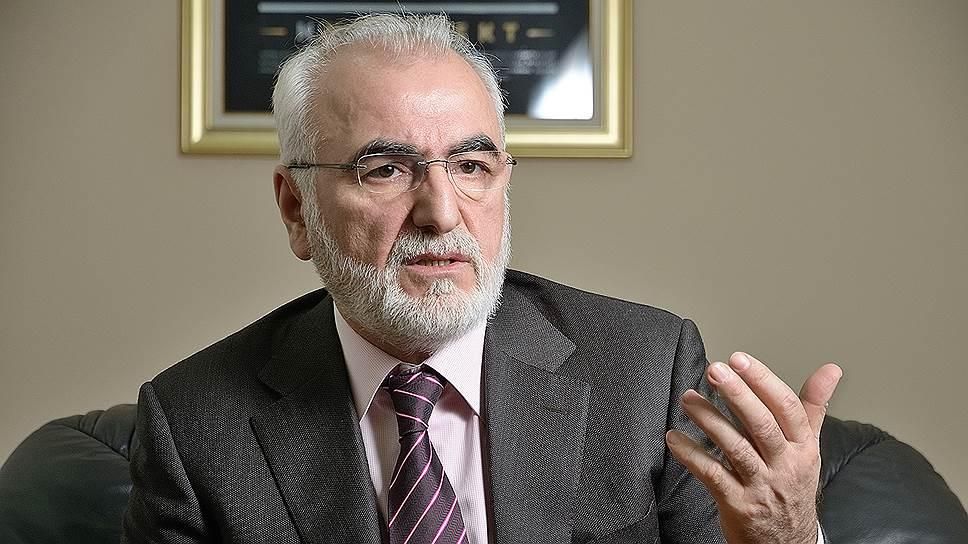 That is, what profits can the port show in the conditions of free trade without coronavirus restrictions, investments in port infrastructure, and most importantly, the cessation of the witch hunt (read - spies) and confrontational rhetoric towards Russia and China in Europe?

But Savvidi himself looks at the port operator as a business project. And kindness from among lovers to talk about geopolitical situations reminds of completely different things, which also, albeit indirectly, play plus to the entrepreneur.

Where the monopoly could not

As we said, in the face of ongoing pressure on Russia, the Western establishment, and Greece, as a member of the European Union, is looking with fear at any Russian investors. Moreover, they often prefer even China, which buys everything that it can reach.

But Thessaloniki can and should be not only of business interest, but also of state interest. And let colleagues from Greece not be afraid. The Russian Federation has no aggressive intentions, and Savvidi is not a state official, but an entrepreneur.

Nevertheless, it is well known that it was in the port of Thessaloniki that the Russian peacekeepers following to Yugoslavia landed in 1999. And in 1916, two Russian brigades arrived there to participate in battles on the Thessaloniki Front during the First World War.

Examples may be a little frightening, but there is no war and no one is expected, and no one is going to turn Thessaloniki into a transshipment base of the Russian armed forces - there can be no question of this. Moreover, if Savvidi could pose some kind of threat to the security of Greece or the European Union as a whole, he would not be allowed close to the port.

Here we are talking about a completely different thing - about equal conditions for Russian transport companies to work through Thessaloniki. It is this - the absence of discrimination in the market and an equal approach, including to working with Russian business, can be guaranteed by the entrepreneur - and it is in this vein that the news about Savvidi entering the port is positive for the Russian Federation. And for the whole of Europe, which seems to be gradually moving away from market principles, introducing various restrictions against our country.

Meanwhile, the Russian state itself, or at least some state corporations, can be reproached for not wanting to invest in such projects abroad. Back in July 2016, Russian Railways President Oleg Belozerov said that the company did not plan to participate in its privatization, since it was interesting only together with other Greek assets that were unavailable. That is, the state monopoly had a real chance to gain control of the harbor, but exclusively because of a bunch of other business interests, this venture was abandoned. What about the state interest? Nobody told Belozerov? Or maybe someone looked at him to curtail activity, say, from representatives of "competing firms"?

Competitors do not doze

As already mentioned, Russophobic sentiments and signs from Brussels lead to the fact that even China sometimes prefers in Greece instead of the Russian Federation. Which is clearly neither geopolitical, nor economical, nor culturally "cradle of democracy," as Greece is called, is close.

The privatization of the port of Thessaloniki was launched in 2014. Companies that wanted to take part in it had to go through several stages of the competition. One of the participants who passed the first stage was OJSC Russian Railways. At the second stage, as Tsargrad writes, it became clear that Russian Railways did not intend to submit binding proposals for the port, so they did not see the port.

Back in July 2016, Russian Railways President Oleg Belozerov said that the company did not plan to participate in its privatization, since it was interesting only together with other Greek assets that were unavailable. That is, the state monopoly had a real chance to gain control of the harbor, but exclusively because of a bunch of other business interests, this venture was abandoned. What about the state interest? Nobody told Belozerov? Or maybe someone looked at him to curtail activity, say, from representatives of "competing firms"?

Competitors do not doze

As already mentioned, Russophobic sentiments and signs from Brussels lead to the fact that even China sometimes prefers in Greece instead of the Russian Federation. Which is clearly neither geopolitical, nor economical, nor culturally "cradle of democracy," as Greece is called, is close.

However, today the Chinese shipping corporation COSCO controls 51% of the shares of the also extremely significant Greek port - Piraeus. Soon, this figure should increase to 67% of shares, which was originally envisaged by the Greek government for foreign investors investing in the country's port infrastructure.

China is already working in everything: thanks to the modernization of the port and access roads, the construction of a new container terminal, investments in hundreds of millions of euros, the Piraeus trade port has increased its throughput several times and is now flourishing, turning into one of the most important transport arteries for the delivery of Chinese products to Europe.

Thus, Piraeus turned into the southern gate for Chinese imports to the EU, and the harbor itself took third place among the ports of the Mediterranean Sea, became one of the ten best ports in Europe. I would like to see exactly the same alignment as a result of the work of the Savvidi structures in Thessaloniki.

It is even more interesting that Russian military vessels were mooring in the very port of Piraeus, despite the fact that only five kilometers from there is a Greek naval base. The frigate Gorshkov arrived to visit Piraeus. At the same time, no one canceled Chinese industrial and military espionage, so it would be much better if the Russian operator "sat" there. In the case of Thessaloniki, we are not talking about any military "calls."

Our American "well-wishers" are also actively working in the same areas. Today, several companies from the United States are looking at the ports of Alexandroupolis and Pier Filippos II in Caval. And their intentions are clearly not only "business." It is known that near the port of Alexandroupolis, the Americans are already building a military base today.

Analysts of the portal "Strategic Culture Fund" write directly and without equations - the Americans want to lock Russia in the Black Sea. The promotion of Russian business in Greece gives hope that they will not be able to complete this process. That is, this is an absolutely clear geopolitical subtext - we cannot ignore it. 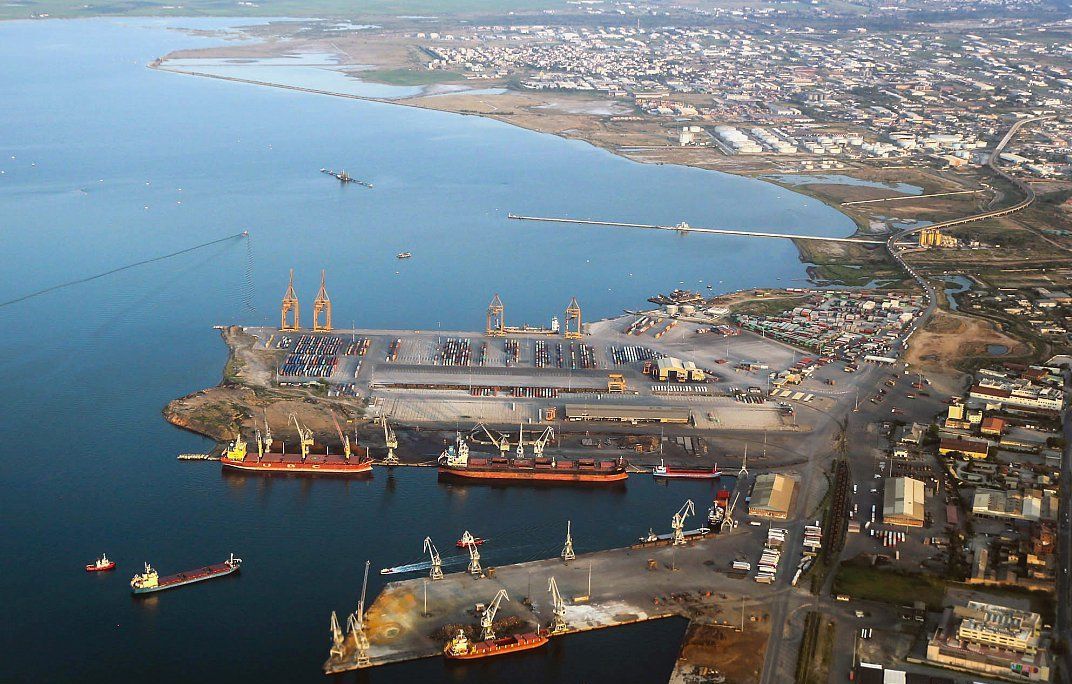 Savvidi's entry into the port of Thessaloniki ensures that Russian companies, at a minimum, will not be discriminated against

The US has already inserted sticks into the wheels of our business in Greece. For example, Russia was interested in acquiring the oil company Hellenic Petroleum, as well as the DEPA gas corporation, but the Americans allegedly did not like it. As a result, Gazprom did not even apply for privatization. True, it is not completely clear what was more there - pressure from the Greek authorities of their American partners, or the banal shortsightedness of the Russian gas monopolist.

Given that more and more hydrocarbon reserves are being found in the Mediterranean, the moment of Europe's energy security is also intervening. Therefore, entering Greek ports, even through purely business, is extremely beneficial to our country. And even if Savvidi himself is a rather ambiguous figure, it is difficult to suspect him of working against Russian state interests. And this is because of this, his acquisition of the operator of the port of Thessaloniki is positive news.