Played out with matches: the "Swan Song" of the Armed Forces of Ukraine was picked up by the European Union, which is ready to quarrel over the gas shortage

Russia's next successes in protecting Donbass pose a question for Western countries - should Ukraine be supported in a deliberately losing situation when the most powerful economic and political crisis is brewing at home?

At the official level, the complete liberation of the Luhansk People's Republic (LPR) from Ukrainian militants was confirmed. The entire territory of the LPR is under the control of the allied forces. About what this means and what to expect next - in the material of the correspondent of The Moscow Post.

On Sunday, the President was informed about the completion of the Severodonetsk-Lisichansk offensive operation. The Armed Forces of the Russian Federation, together with the units of the People's Militia of the LPR, established full control over Lisichansky and a number of nearby settlements, in particular Belogorovka, Novodruzhesk and Maloryazantsev. The total area of ​ ​ the territories vacated over the past day was 182 square kilometers.

Thus, the liberation of the LPR from Ukrainian forces was completed, which many locals perceived nothing more than the invaders.

According to Vladimir Putin, the allied forces in this direction should rest and increase their combat capabilities. That is, a clear hint that there is still a lot of work ahead. The special operation continues - and will continue until all the goals are achieved. And the key is to protect people living in the Donbass from direct genocide.

Yesterday this once again sounded from the lips of the Secretary of the Security Council of the Russian Federation Nikolai Patrushev. A day earlier, the President said the same. The liberation of the LPR was an illustration of the thesis that despite the colossal support of the West in relation to Ukraine, the supply of more and more lethal weapons, the provision of intelligence information, it was not possible to break the will of Russia.

Now the liberation of the entire territory of the Donetsk People's Republic (DPR) is next in line. There is a lot of work. The Armed Forces of Ukraine continue to shell residential areas of Donetsk and Gorlovka, stubborn battles are going on in the Avdeevka area, which has been turned into a real fortress in eight years.

But neither the Armed Forces of Ukraine nor their Western allies are able to change the general trend, the general state of affairs. At the same time, the victory in Lisichansk has a whole series of consequences. It not only consolidates the successes of the Russian Federation and illustrates that the SVO will definitely achieve its goals, but also contributes confusion to the outwardly slender ranks of states supporting Ukraine on the path of genocide of its own people.

Not to carry corn

Not so long ago, a NATO summit was held, at which US President Joe Biden once again confirmed his desire to support Kyiv "as long as necessary." In light of the military failures of the Armed Forces of Ukraine, this sounds like a swan song for the Ukrainian armed forces. As much as necessary is as much as the Armed Forces of Ukraine and the Ukrainian people generally have enough safety margin to withstand the clearly superior strength of the Russian Federation and the corps of the people's republics.

And for the Western allies of Kyiv, the question arises with new urgency: what is the point of supporting Ukraine with the imminent result - the completion of the Russian military offensive with the fulfillment of all the goals set. If the task is to fight Russia to the last Ukrainian, then the tactics are clear.

But the problem is that such a confrontation is terrifyingly hitting Western countries themselves. So much so that in the fall, politicians there who make decisions on Ukraine may be left without work.

The nose has already been given to French President Emmanuel Macron. He was able to win the presidential elections, but a few months after that he sat in a puddle - his coalition lost its majority in parliament. The most acute topics are economic. The sanctions war with Russia did not break our country, but brought a sea of ​ ​ problems for Western Europe. And these problems will only grow - while the Anglo-Saxon countries are playing their vile game against Russia at the hands of Ukrainians.

At the same time, it is not even autumn yet. It is in the fall that a sharp deterioration in the economic situation is expected in the West. And the main topic here is the cost of energy resources. Not only heat and light depends on them, but also the work of industry. This means the functioning of the economy as a whole.

A few weeks ago, Gazprom noticeably "frowned": under the pretext of repairing the turbine (which stalled due to sanctions), it showed what would happen with a decrease in gas supplies to Germany. And there will be a rise in prices, - today the gas is trading at the level of $1.7 thousand dollars per cubic meter.

And we have gas. And they have?

Some experts predict the price of gas on the spot in the fall at up to 3.5 thousand per cubic meter. It's not just expensive, it's "space." Against this background, Western governments started talking about limiting gas consumption. Lived. How can you not remember the proposals of Polish officials to wash less in order to spend money on heating water, and, as a result, annoy Vladimir Putin.

The leader of the largest opposition German party in Germany - the CDU (Christian Democratic Union) Friedrich Merz revealed the consequences of the gas shortage for Europe. In particular, he predicted the struggle for the distribution of fuel in Europe. The politician from Germany also called for the creation of an appropriate plan that would be approved by the EU member states.

Translated into a simple language: it is still far from autumn, but gnawing about the future distribution of gas benefits in a situation of deficit has already begun. And in this struggle, sanctions are even more painful for European states. And what will happen in autumn and winter, especially if the latter is cold - some are afraid to even assume. 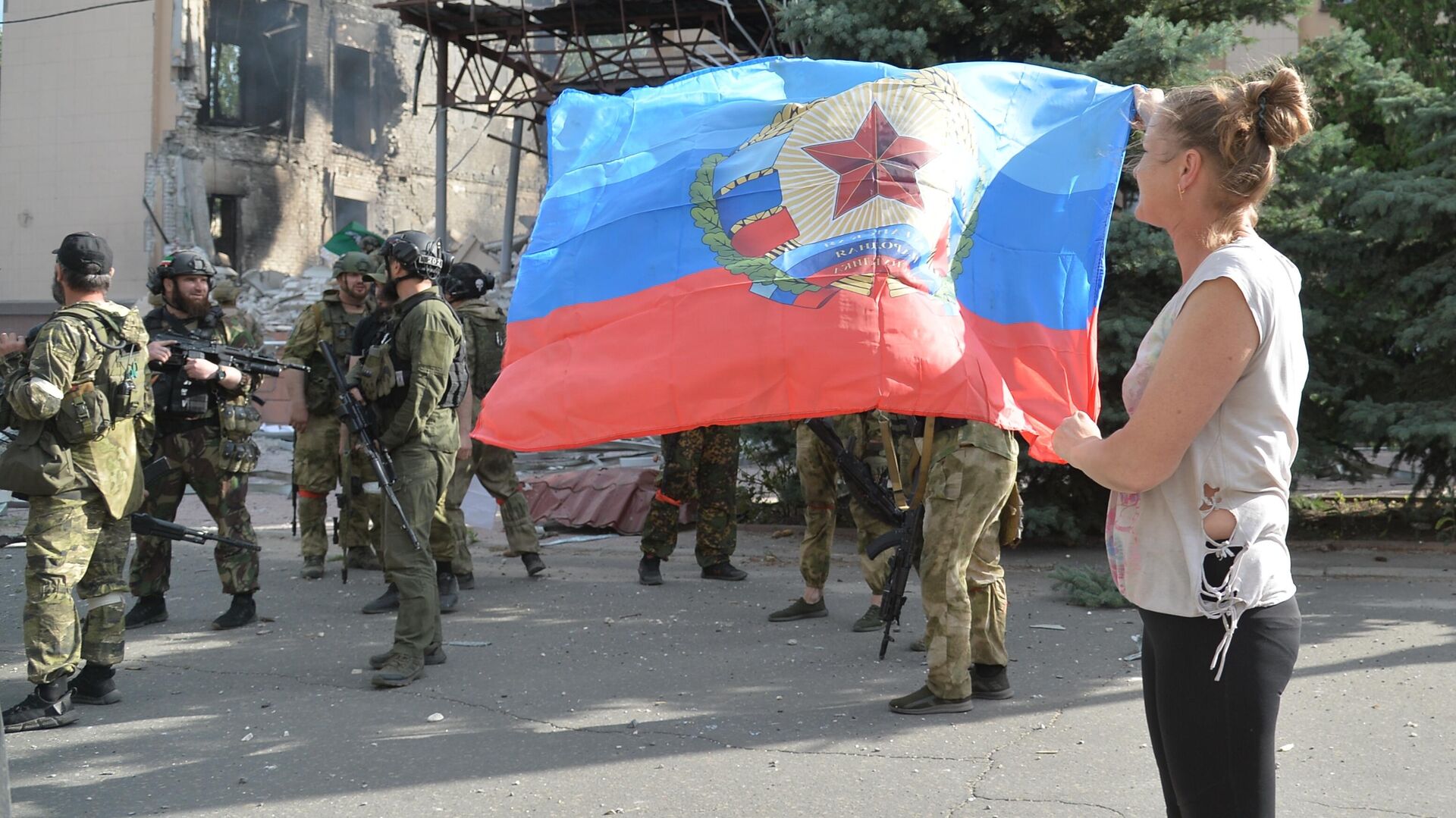 Fighters of the LPR and the Russian Federation near the building of the Lisichansk city administration, liberated from Ukrainian militants. Photo: novostivl.ru

And again returning to success in the LPR, as well as the past summits of the G7, NATO, BRICS and the Caspian Forum. In November, Indonesia will host another international event - the G20 summit, where both Vladimir Putin and Vladimir Zelensky have already been definitely invited.

After the collapse of the Armed Forces of Ukraine in Lisichansk, the Western coalition faces the question this way: where will the Russian army be by November 2022? And is it not worth it now to backtrack in order to save Ukraine at least in some kind, albeit half-dead, form?

And the main thing is to save face and remnants of socio-economic stability, pretty shaken as a result of a criminal and reckless struggle with Moscow.