They are trying to pull Armenia out of the orbit of Russia's influence - with consequences that are difficult to predict.

A few days have passed since the scandalous visit of the Speaker of the House of Representatives of the US Congress Nancy Pelosi to Armenia, but the geopolitical resonance does not subside from him.

They are trying to pull Armenia out of the orbit of Russia's influence. Moreover, against the background of the restrained (according to the political elites of the still friendly republic) reaction of the Russian Federation to a new aggravation in Karabakh, they are trying to present our country as unreliable, unable to fulfill its allied obligations.

How Russia is again trying to shake in the Transcaucasus, and why it can be very expensive for Armenia, and, moreover, its prime minister Nikol Pashinyan - in the material of the correspondent of The Moscow Post.

The world is well acquainted with Mrs. Pelosi not so much from her work in the US Congress as from her adventurous, absolutely irresponsible visit to Taiwan last summer. Then US President Joe Biden called the idea of ​ ​ visiting Taiwan Pelosi "very bad" - but it was only a hypocritical game, everyone understood that the visit was authorized at the highest level and was an outright provocation.

Pelosi, as the horseman of the Apocalypse, tumbles down where instability can be sown, a wedge driven between elites and an American agenda imposed.

In Yerevan, she did the same thing, plus tried to win the favor of the Armenian diaspora in the United States for the Democratic Party before the autumn congressional elections scheduled for November 8.

As a result, Nancy Pelosi spent three days in Armenia. In the period from 17 to 19 September, the Speaker of the United States House of Representatives burned out with the Armenian authorities about bilateral relations and the security situation. Prime Minister of the Republic Nikol Pashinyan, Chairman of the National Assembly Alain Simonyan and other high-ranking officials met with Pelosi. After the meeting, Pashinyan said that his country hopes for US support. Is an ally good?

Let's immediately quote Pelosi's words for the Armenian public: "Russia could not protect the sovereignty of Armenia." I.e. allegedly failed to fulfill her allied obligations. Apparently, the White House very much hoped that Russia would give a military response to the actions of Azerbaijan.

But this was out of the question, because Nagorno-Karabakh, where the war broke out again in 2020, is not an officially recognized territory of Armenia. And the elites of this country itself would be better to strengthen their own armed forces, and not try to sit on two chairs - in the Kremlin and in the White House.

In the current aggravation in Karabakh, the stakes are even more increased. Russia, having acted as a mediator and peacemaker in 2020, continues to carry out these functions, acting extremely carefully, trying to pacify the hawks and find new common ground.

One gets the impression that the recent tragic events, when dozens of soldiers died on both sides, could have been an agreed action at all. Azerbaijan is influenced by Turkey, a NATO member. Turkish President Recep Tayyip Erdogan, with peace-loving rhetoric, acts exclusively in his own interests. His interest is for Russia to get out of Transcaucasia.

This position coincides with the ardent desire of the United States to drag Russia into another conflict. And Pelosi, as the "Horseman of the Apocalypse," is trying to aggravate the conflict, at the same time directing the anger of Armenian citizens to Russia, which allegedly does not want to protect them.

Despite the fact that recently relations between Washington and Ankara have cooled (Erdogan behaves too independently), the aggravation in Karabakh could be specially tied to the diplomatic activity of the American woman politician.

"For Pelosi, the very fact of inciting another conflict next to Russia is of undoubted interest. Is Moscow interested in resolving the conflict? Then, in the logic of the Americans, it would be great to intervene there and create problems, "said political scientist, Americanist Dmitry Drobnitsky. His words are quoted by VZ.ru.

This is done at the very moment when Russia is conducting a special military operation to protect Donbass. That is, this is most likely a targeted geopolitical blow to the interests and reputation of the Russian Federation in Armenia. But this is not interesting here - everything is clear with the Americans. But Prime Minister Nikol Pashinyan was not taught anything by history and personal experience.

Against the background of the worsening military and political crisis, Pashinyan did not come up with anything better than to play multi-vector again. At one time, such a policy destroyed Ukraine and its ex-president Viktor Yanukovych. No guarantees of Western partners, even written on paper, helped either him or the country.

In 2018, Mr. Pashinyan and his team came to power on the wave of the "velvet revolution." And one of the first visits the new prime minister made, of course, to Washington. But when a new war began in Karabakh in 2020, neither the Americans nor the Europeans could do anything but mediate - they did not even have sensible words of support for the Armenian people.

As a result, Pashinyan made a series of visits to Moscow. And only the authority of Vladimir Putin, in fact, was able to put the warring parties at the negotiating table. 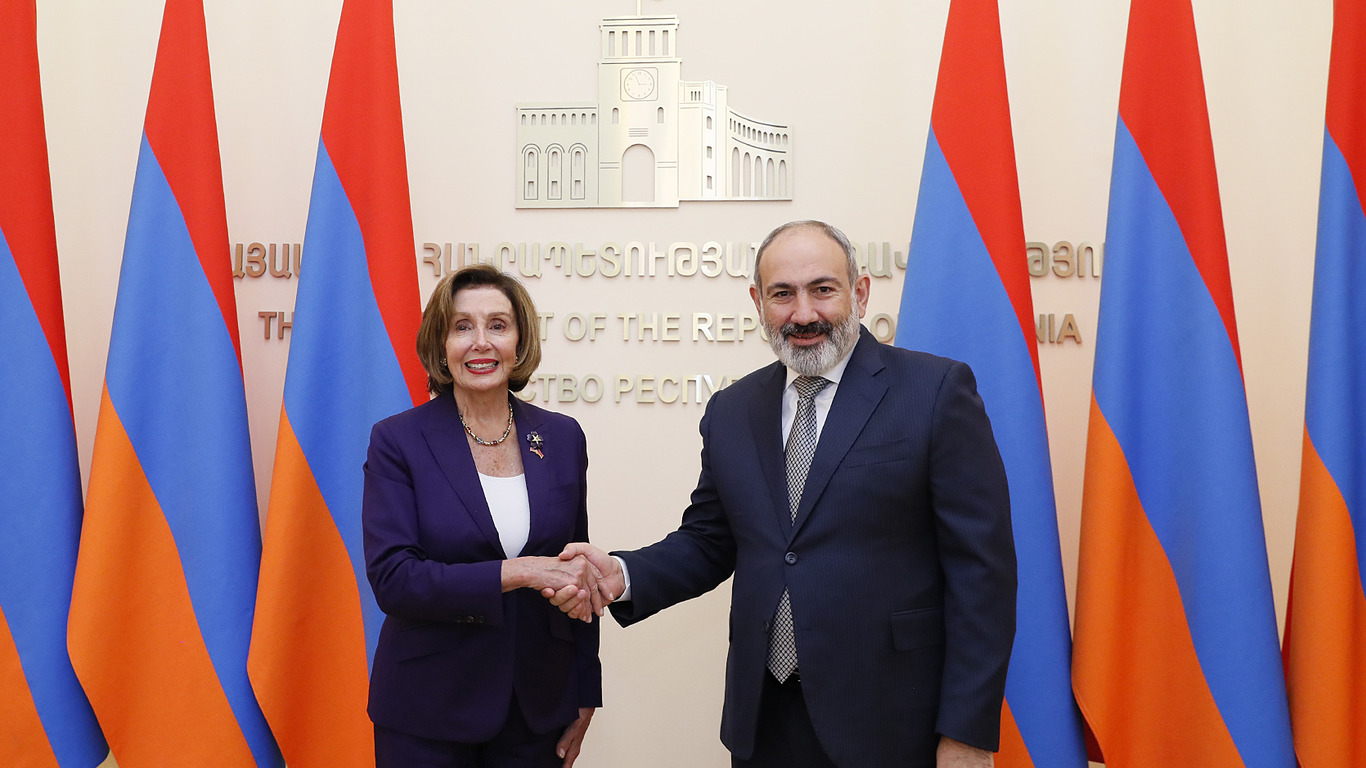 The following fact is indicative: it turns out that on the way from the airport to Yerevan, the Armenian authorities removed billboards with the image of Vladimir Putin and the inscription "forever together." Apparently, so as not to annoy an influential guest. Someone will say that these are emotions - but isn't this an indicator of the real rejection of Pashinyan's team to allied relations with Russia?

Of course, the Soros pro-American "opposition" immediately woke up. Rallies were held in Yerevan for breaking with Russia, leaving the CSTO. So far, few and fueled by foreign funding. But if this is not stopped, they will be more - as Ukrainian practice has shown, you can slander the people in a very short time.

The amazing dodgy nature of Mr. Pashinyan is striking. But in 2020, the first thing that was destroyed by the protesters was the office of the Soros Foundation in Yerevan. The reason was simple - hoping for a bright future of relations with Washington, after the start of the war, the Armenians faced a harsh reality. In the White House, they are needed solely to weaken Russia.

It is also noteworthy that shortly before the recent aggravation, Armenian Defense Minister Suren Papikyan paid a visit to the United States, where he discussed in detail the situation in the Karabakh conflict zone. This is another part of the flirtation with Washington.

Only Mr. Pashinyan and his team must remember how easily and at ease the United States merges its allies around the world. Then when it becomes profitable. What is worth only the example of former Egyptian President Hosni Mubarak, who has pursued pro-American politics for more than 15 years. And when it smelled fried, when he was overthrown - no one from the White House and a finger on the finger hit to help him.

An analogy can be drawn with Libya, only from France. It is reliably known that Muammar Gaddafi financed the election campaign of ex-French President Nicolas Sarkozy. The Libyan leader tried to balance, to pursue a more or less balanced policy towards European countries. Apparently, I wanted to seem "civilized."

As a result, he was brutally killed by the "opposition" (radical Islamist militants), and the country plunged into the chaos of civil war for decades. There is no end to it and is not in sight, but the United States continues to support one of the parties to the conflict in the hope that the instability will last as long as possible.

This also makes practical sense - the flows of migrants from Libya significantly weaken Europe. And the current Ukrainian crisis is also seriously weakening Europe, depriving it of not only political, but also economic independence. Divide and govern.

But the fact remains that not a single conflict in which the United States was politically trying to get into was fully resolved. After all, the Ghani government in Afghanistan also probably believed that the United States would follow through and ensure security.

But no, as soon as it stopped matching American interests. The White House "jumped" off that track. What happened next - everyone saw. Including people who collaborated with the Americans, and then grabbed the fuselages of American aircraft flying from Kabul. 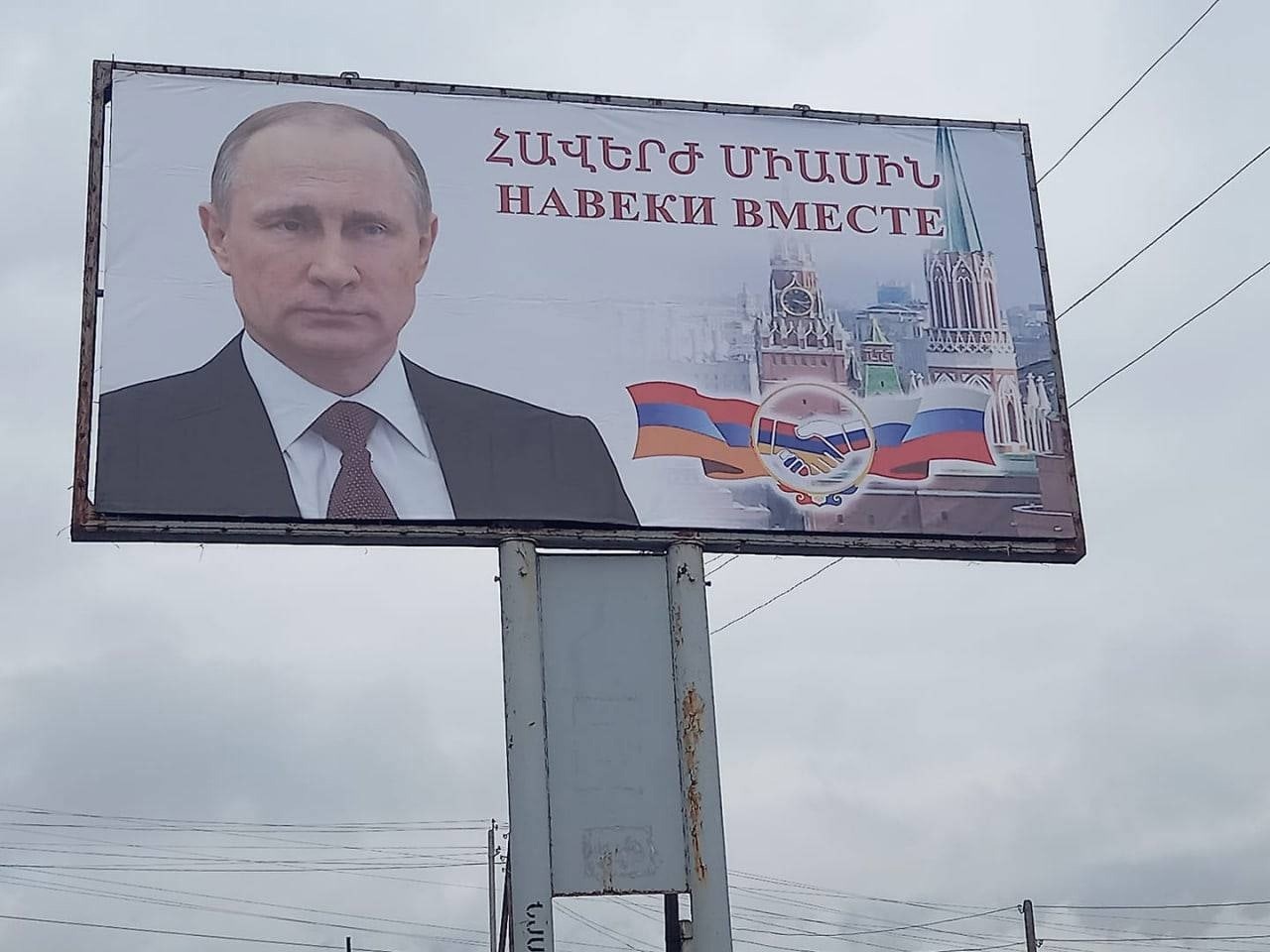 Today, in the interests of Armenia, it is not just to maintain, but to maintain and develop relations with Russia. Otherwise, the country will face an economic collapse, and Azerbaijani President Ilham Aliyev will be able to fulfill his country's next long-standing dream - to "break through" the land corridor to the Nakhichevan Autonomous Republic - an exclave of the Republic of Azerbaijan, where you can only get from the territory of Armenia.

And in this case, neither NATO, nor the EU, nor the Soros Foundation will help Armenia. To this Nikol Pashinyan leads the country, launching American horsemen of the apocalypse into it?