The refusal of the OSCE to send its observers to the State Duma elections is a planned provocation, the purpose of which is to discredit the electoral processes in our country.

According to the correspondent of The Moscow Post, the United States commented on the refusal of the Office for Democratic Institutions and Human Rights (ODIHR) and the OSCE Parliamentary Assembly to go as observers to the elections to the State Duma of the Russian Federation. The states regret that "the restrictions on the epidemiological situation imposed by the Russian authorities" will prevent these institutions from independently observing the elections.

Earlier, such a decision (not to go as observers) was reported in the OSCE itself. Meanwhile, the position that it was coronavirus restrictions that became the obstacle to the exercise of the function of observers does not stand up to any criticism.

No real restrictions or additional requirements were put forward for observers. Moreover, the OSCE itself announced that it would not observe the elections due to demands to reduce the number of its representatives, and not at all due to any severe restrictions for them regarding certificates, quarantine or confirmation of vaccination.

This OSCE decision itself is frankly provocative. And the fact that the United States immediately reacted to him, expressing regret, may indicate that the organization could be pushed to such a decision in the context of the geopolitical confrontation between our country and the European Union.

And the reason here is also clear: to delegate the results of the vote as much as possible, which means to give the status of illegal, illegitimate in the eyes of the Western resident of the Russian government. Given this, it is likely that the OSCE, the United States and a number of European countries may not recognize the election results at all. In this case, it will not matter whether the elections were really fair, democratic.

At the same time, no one denies the fact of reducing observers - indeed, they should have come less at the suggestion of the Russian side. But during the pandemic, so-called special and limited missions of the organization were in elections in more than a dozen countries, including the Netherlands, Romania, Poland and the United States. Also this year, the work of extremely reduced missions in the number of observers in Germany, Iceland, Georgia, the Czech Republic and Uzbekistan was planned.

Pretend to be a fool

In fact, the OSCE itself is engaged in its own exposure. Indeed, the official documents of the organization itself confirm the ability of ODIHR missions to work effectively in a reduced composition. For example, the report on preparations for the observation mission on the eve of the 2020 US presidential election in black and white says that the bureau went to reduce the size of its mission. About this writes Rossiyskaya Gazeta.

Moreover, the mission reduction then occurred not only due to the coronavirus pandemic, but also due to the restrictions that individual states imposed on the presence of foreign observers at polling stations. Then, recall, instead of the planned 500 people, only 30 worked in the elections. At the same time, in the United States there are one and a half times more voters than in Russia.

That is, the States themselves imposed restrictions, but the mission worked. At the same time, what a high-profile scandal, and even a series of scandals, the elections on the North American continent ended, everyone remembers. Many are still convinced that the previous president of the States, Donald Trump, simply stole the victory. But neither the OSCE, nor PACE, nor other Western institutions and organizations did anyone even raise their voices.

Although in those elections there simply could not be no major violations. And already one thing that in the United States is the norm voting by mail suggests that for its democratic nature is very dubious, there is a huge field for tension, manipulation and outright falsification.

The OSCE itself is engaged in "exposure" - earlier they noted that immediately in 18 US states there are certain restrictions on the presence of third-party observers, and 8 states categorically prohibit the presence of observers in their stations. However, there was no reaction to the violations or undemocratic nature of this approach by European international organizations. The most common hypocrisy and political expediency in action.

Against this background, the statement of ODIHR Director Matteo Mekacci that it is precisely due to restrictions on the number of observers, due to the sanitary and epidemiological situation, they will not send a monitoring mission that looks like an outright lie and an attempt to shift from a sick head to a healthy one. 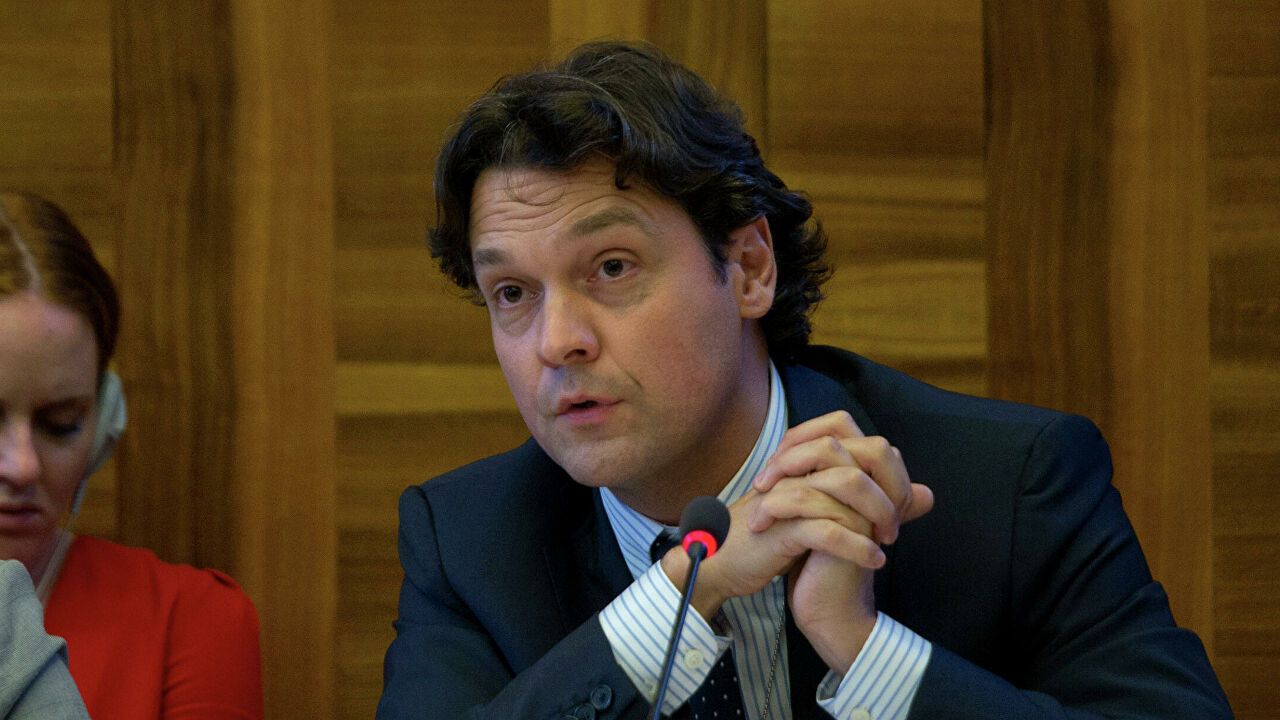 Matteo Mekacci, director of ODIHR, spoke as the main "refusenik" and "talking head" from the organization

This also follows from the fact that the work of OSCE missions as a whole did not stop during the pandemic. For example, the July elections to the Bulgarian parliament, where instead of 200 observers sent only 28 people (directly, representatives of ODIHR). Half of them worked in the capital of the country, but the fact itself is important. The mission worked, performed its functions, and gave an opinion on the results of the elections.

According to Russian political analyst Sergei Markov, there are two sides in the decision not to send their observers, two main motives are tactical and strategic. Tactical is restrictions on the number of observers from Russia - our country makes it clear that it will determine the conditions under which representatives of these organizations will monitor the elections. However, restrictions, we repeat, are not a ban on the work of the mission.

The strategic reason is precisely the intention to declare the elections to the State Duma of Russia in 2021 invalid, to give them illegitimate character.

"These structures of the OSCE, especially the ODIHR (Office for Democracy and Human Rights), which is controlled mainly by American intelligence agencies, they decided that they would command, decide, and they did not want to make any compromise. Honestly, if we wanted to send observers realistically, then they, of course, would find some kind of compromise. They do not want to send observers at all, "the expert notes. His words are quoted by the newspaper Izvestia.

Other representatives of the Russian side also commented on the situation. Chairman of the State Duma Committee on International Affairs Leonid Slutsky called this decision politicized, a kind of indicative demarche.

Russian political analyst Dmitry Solonnikov also considers the OSCE's refusal to send its observers a planned provocation. In his opinion, Europe is not going to recognize the results of the elections to the State Duma of Russia. There are no real obstacles to the work of the mission in our country. In addition, he is sure that this decision was made not now, but for a long time.

A reaction was received from the Federation Council. According to the first deputy chairman of the SovFeda Committee on International Affairs, deputy head of the Russian delegation to the OSCE Parliamentary Assembly, Vladimir Dzhabarov, whether observers from this structure will come to the State Duma elections or not, the results of the vote will not change.

"They (OSCE observers) expect that when observing the elections they will try to accuse Russia of violating democratic principles. But they understand that this will not happen, because in Russia the elections will be held honestly, "said Dzhabarv. His words are quoted by Izvestia journalists. 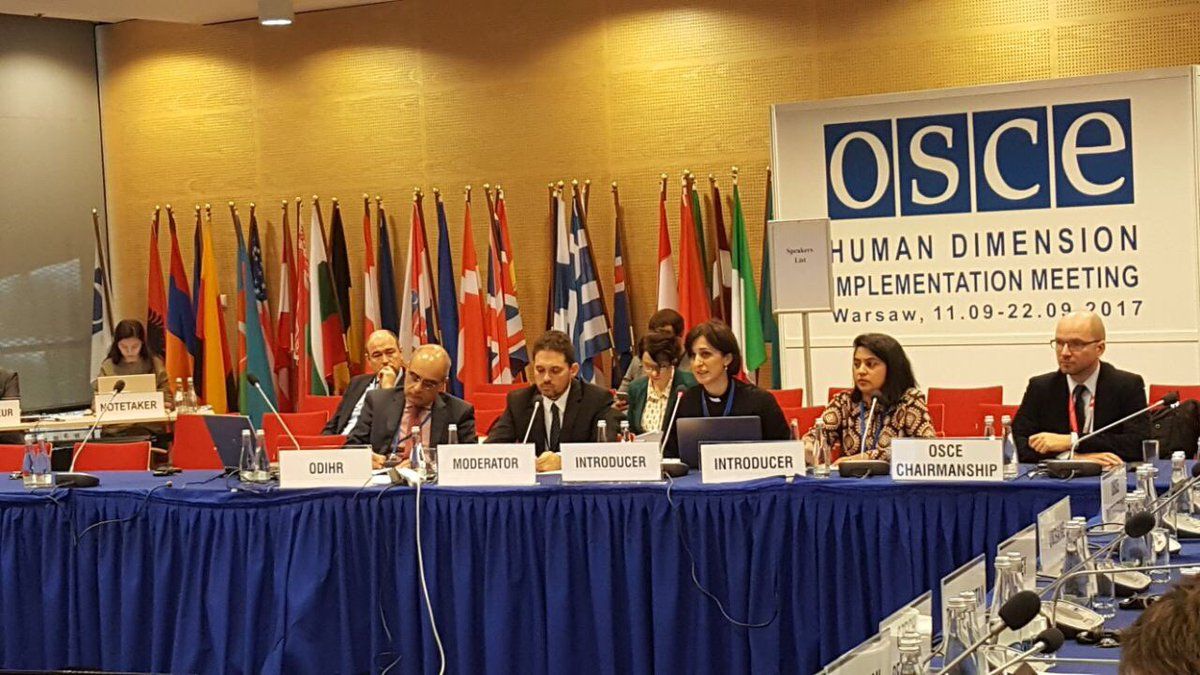 The OSCE decision was hardly made within the organization itself

Of course, formally the OSCE will not make any decisions, since there will be no observers. And it is not her competence to recognize or not recognize the results of the elections. But another thing is important - PR effect, as it will be presented to the public. That is, this is such a simple political technological move. The problem is that such games further complicate relations between countries, do not contribute to mutual trust. However, neither the United States nor Europe seems to be at all interesting. The main thing is to press.

Recall that elections to the State Duma of the VIII convocation will be held from September 17 to 19. The Duma is elected for five years according to the mixed electoral system: 225 deputies are elected according to party lists, another 225 - in single-mandate constituencies in one round. The election campaign has already begun, the registration of applicants for deputy mandates ended on August 4.