Ordinary fascism: Khodorkovsky, Kasparov and Alfred Koch, who joined them, want to "divide" Russians into "bad" and good

The "liberals" who fled from Russia intend to arrange the "segregation" of Russians on "their" and "strangers." European law enforcement agencies and the ear do not lead to intervene and open a criminal case.

Attempts to discard Russians from each other and divide them in relation to the SVO only strengthen the unity of Russian society - real fascism, and traitors at all times were enough in any country.

The radical (non-systemic) Russian opposition - more precisely, its implacably treacherous part, which has long settled in the West, made a proposal that the best ideologists of the Third Reich could be proud of. They propose at the legislative level to consolidate the discrimination and segregation of Russians on the basis of their attitude to Russia's special operation to protect Donbass and the modern Kyiv authorities to receive benefits and services in the West.

To do this, you need everything, nothing - to renounce Russia. Namely, sign a declaration condemning the special operation and recognizing the territorial integrity of Ukraine, including Crimea and Donbass. That is, Russian citizens, in fact, are invited to commit a criminal offense by opposing the territorial integrity of their own country - after all, Crimea is an integral part of the Russian Federation.

The ugly initiative was analyzed by the correspondent of The Moscow Post.

The proposal was made by the so-called "Anti-War Committee," and more specifically by the organizer of the so-called "Anti-War Conference" in Estonia, the famous chess player and now radical anti-Russian politician Garry Kasparov (recognized in Russia as a foreign agent). The idea was warmly supported by other odious characters. Including one of the main financiers of the Russian radical opposition, Mikhail Khodorkovsky (recognized in Russia as a foreign agent). Having spent time in Russia for his crimes, now the ex-owner of Yukos prefers to "wobble the regime" from a safe distance - from Germany.

Harry Kimovich (recognized in Russia as a foreign agent) lives in the United States a long time ago. Of course, he warmly supported Washington's invasions of Afghanistan and Iraq (in the latter, up to 1 million people died), the war against the legitimate governments and peoples of Syria and Libya. Yes, and it was dangerous not to support - Uncle Sam can reduce the financial support of the oppositionist, and on some chess for a comfortable life in the States you will not earn.

Moreover, they warmly supported the bombing of Donetsk. Moreover, they were clearly not against the nationalist massacre in Crimea, which Russia prevented in 2014. Of course, they were not told a word of condemnation against the neo-Nazis of the Kyiv regime (terrorist and extremist organizations banned in Russia - Azov, Tornado, Donbass, etc.)

What will be the condemnation (in writing) of the SAO and Russian politics? In this case, Russians who emigrated to the West will be able to receive passports of "good Russians." It turns out that all other Russians for the West are the overwhelming majority, 99% of Russians are bad. And so they don't say hello in the den of "civilizers" - at least it will be impossible to conduct normal life, work, open bank accounts.

That is, it will be all the same that is already practiced by the "civilized" Europe, the United States and its allies.

Actually, this cannot be done now, which is greatly saddened by the thin layer of compradors. Betraying their country, they rushed to flee to other, more prosperous and civilized countries. But to their surprise, they found discrimination not only against supporters of the SVO, but also in their own. And some notorious fugitives are not helped even by laments and spells with curses against Putin - this is what causes their sincere bewilderment.

Those who are not politicized, but already live in the West, are offered to repent. Repent, repent and repent again - as well as prove their hatred of Russia and its political structure. It has already reached complete degradation - parents of children of immigrants from Russia in Latvia are forced to sign an appropriate paper condemning Russia's actions.

About other moments - spitting, bullying, attacks, even refusal to treat children from Russia. What is it? Common fascism in enlightened 21st century Europe. Here you can also file a statement by Polish Prime Minister Mateusz Moravecki about the terrible ideology of the Russian World. He likes the Nazi ideology of Ukrainian nationalists much more - the Poles, the animals killed by the UPA (extremist and terrorist organization, banned in Russia) during the Great Patriotic War, would have heard this...

All this came as a real shock to many Russians who have lived for decades in the paradigm of a "civilized" Europe. Russophobia in the latter has long been like the ugliest manifestations of anti-Semitism of the first half of the 20th century.

This is not a "civilization," but completely different - including in relation to hostilities on the territory of the DPR and LPR. The situation in Mariupol is indicative, where a few days ago more than 2 thousand soldiers of the Armed Forces of Ukraine and representatives of the Nazi Azov regiment (an extremist organization banned in Russia) surrendered.

While the Kyiv regime, and its sadists, mock our prisoners of war, the troops of the Russian Federation and the DPR fulfill the Geneva Convention, provide medical assistance to those who surrendered, feed them with hot lunch. The contrast between "civilizers" and "wild," "barbaric" is striking. But they do not want to see this difference in the West - the goal is to destroy our country. And if you don't destroy it right away, then at least divide it as much as possible.

All sanctions measures were also aimed at this. Of course, the main thing is to undermine the Russian economy in the long term. But the underlying goal is no less large-scale - to present the Russian authorities, and not Western institutions and governments, as culprits of restrictions, and to set ordinary Russians against them as much as possible. Already in the first weeks of the special operation and the introduction of new sanctions packages, it became clear that this venture had failed miserably.

Now they are Russian compradors who fled to the West to preserve their capital, oppositionists torn from the feeder, as well as ordinary elements deceived and saturated with hatred and Russophobia, devour themselves.

In conditions when the Russian economy withstands the sanctions blow, and the SVO continues, albeit slowly but confidently, to achieve its goals, the struggle of fugitives for access to the support of their patrons has sharply escalated in Europe and the United States. But in the West as a whole, the feed base is shrinking, and internal conflicts in Russia are not becoming less.

And so the idea appears to divide the Russians (they there, in the Western manner, call us all Russian - so be it) into good and bad. And this idea, in addition to Kasparov (recognized in Russia as a foreign agent) and Khodorkovsky (recognized in Russia as a foreign agent), is warmly supported by other odious characters. For example, this is Yevgeny Chichvarkin, who fled from criminal prosecution at one time, an equally muddy character Alfred Koch, and other responsible citizens. 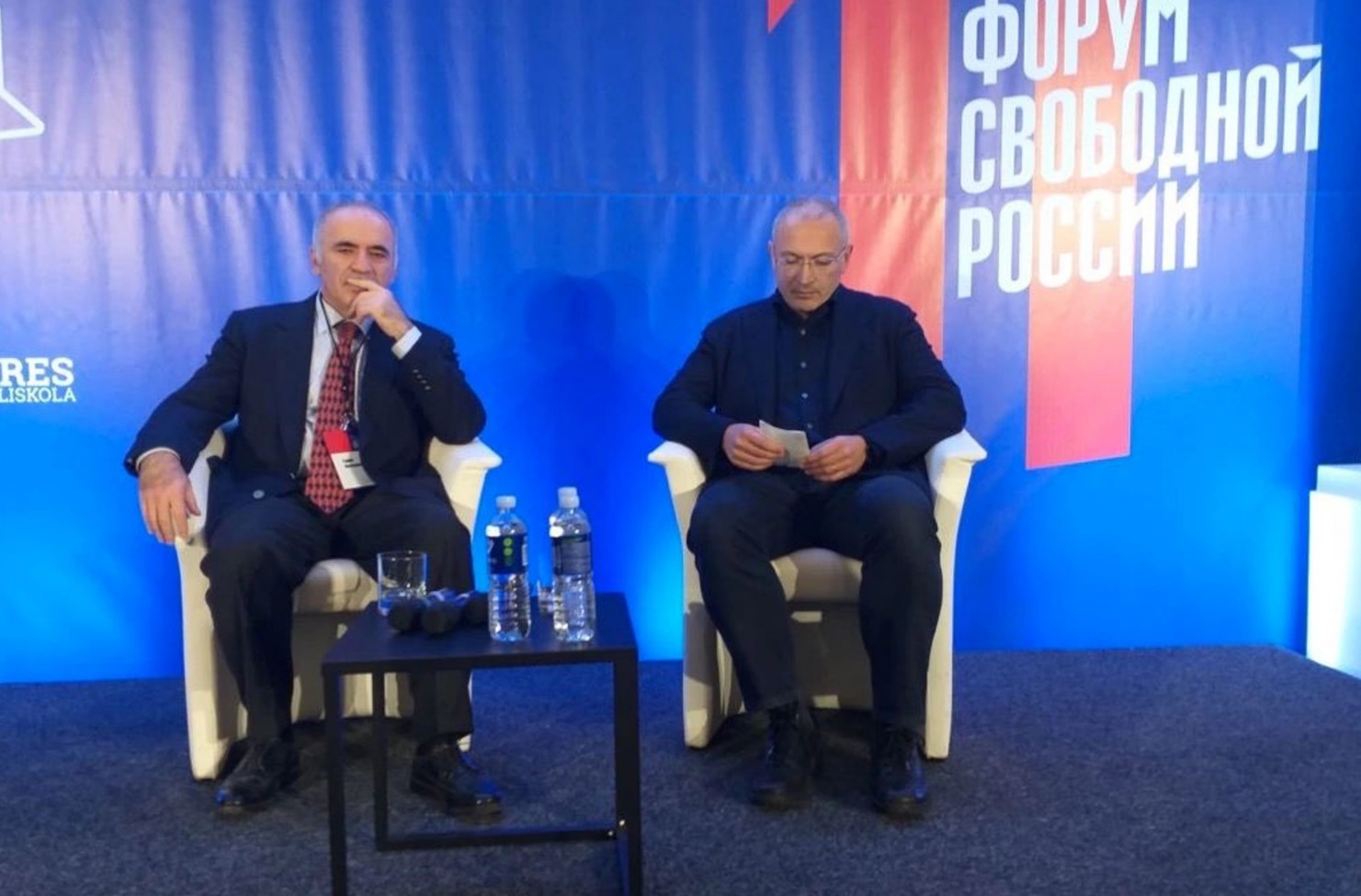 The idea of ​ ​ dividing Russians into good and bad caused rejection even among non-systemic oppositionists. Photo: insayder.su

What are you fighting for then, good gentlemen? For a house on the Riga sea?