The United States and its allies do not understand (or pretend not to understand) the real nature of the threats facing it. That is why they choose confrontation instead of cooperation with other world centres of power.

As the correspondent of The Moscow Post reports, the United States announced new anti-Russian sanctions for the mythical "interference in the American elections". There is no doubt that the United Kingdom, the main ally of the United States, will join them. Moreover, a couple of days ago, the UK called Russia the main, most acute and urgent threat to its security. This is stated in the Comprehensive Review of the country's security, defense and foreign policy issues presented on Tuesday, designed for the period up to 2030.

The review is a 100-page document that emphasizes that the Russian Federation will continue to be the most acute direct threat to the UK." London expects an increase in the activity of the Russian Federation in neighbouring European countries. At the same time, "NATO will remain the basis of collective security in the Euro-Atlantic region," where Russia remains "the most urgent threat to our security."

Not international terrorism, not the traffic of banned substances, not global problems of poverty, wars in third countries, virus pandemics, economic blockades, racism and neocolonialism on the part of the great powers, famine and devastation in countries after the colour revolutions, not the erosion of traditional institutions in the United States and Great Britain, but namely Russia.

Before arranging a debriefing of such analytics from one of the leading countries of the world, let's say that there, in the same review, is also a self-revealing position. As RIA Novosti writes, the document states that together with the partners in the alliance (here, first of all, we mean the United States) the UK will fend off nuclear, traditional and hybrid security threats.

At the same time, the "concern" in London is caused by the significant investments of Russia and China in information operations and the demonstration of global cultural influence. And, more importantly, a remark about the "weakening of the international order" and the deterioration in the security sphere is inserted. 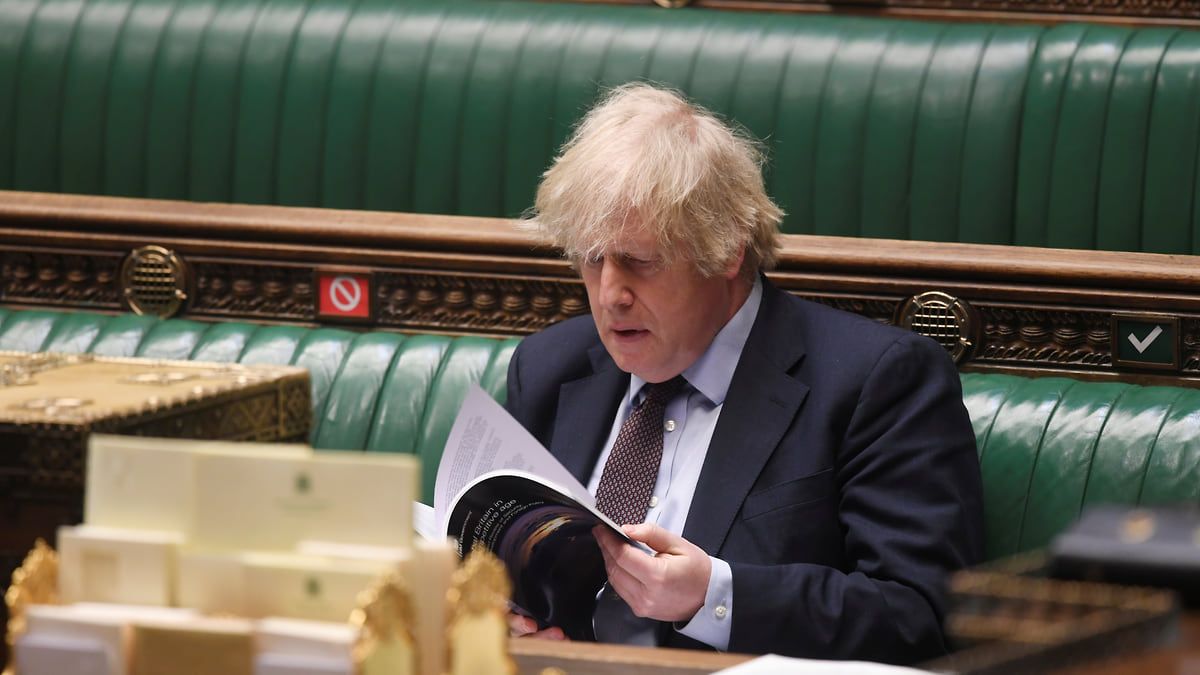 Is the main "threat" to the UK under Johnson not the economic crisis, "Brexit", terrorism and migration - but "aggressive" Russia?

What does all this mean? It's not that simple. First, it is obvious that the strategy was written at least not without the participation and influence of American advisers. The two countries are on the same track in international politics, and are extremely concerned about the explosive growth of China's influence and the strengthening of Russia, despite the sanctions and discrediting campaign that has been going on for almost a decade.

Therefore, the British ambassador should not be considered separately from the United States, but through its prism, because it is likely that the document is simply copied from the American draft. Earlier, the 46th president of the United States has already called Russia the main threat to the United States - despite the obvious inadequacy of this perception. This was written by RBC. That is why - we write Great Britain, the United States in the mind.

Today, China is the world factory, and 60% of the country's market is the domestic market. This is a huge figure, which will increase to 80% in the coming decades. In this case, no sanctions, no external economic pressure will have virtually any effect on China. The United States and the United Kingdom understand this - it is necessary to counteract China right now.

All the more so because China is being hindered wherever possible. What is worth the story of the investment in the Ukrainian aircraft engine giant Motor Sich alone. The Chinese tried to save the company by buying out 75% of the company, but they were simply deceived after a call from Washington to Kiev. Now the Ukrainian side is conducting lawsuits with China.

But China has already "responded" - it does business with companies in the Russian Crimea. The subsequent hysteria of the Ukrainian authorities was met coldly: the Chinese Foreign Ministry demanded that Ukraine not politicize the interaction of Chinese companies with the Crimea. This is reported by TASS. Due to instructions of the United States, Ukraine is again shooting itself in the foot - who is to blame for this? 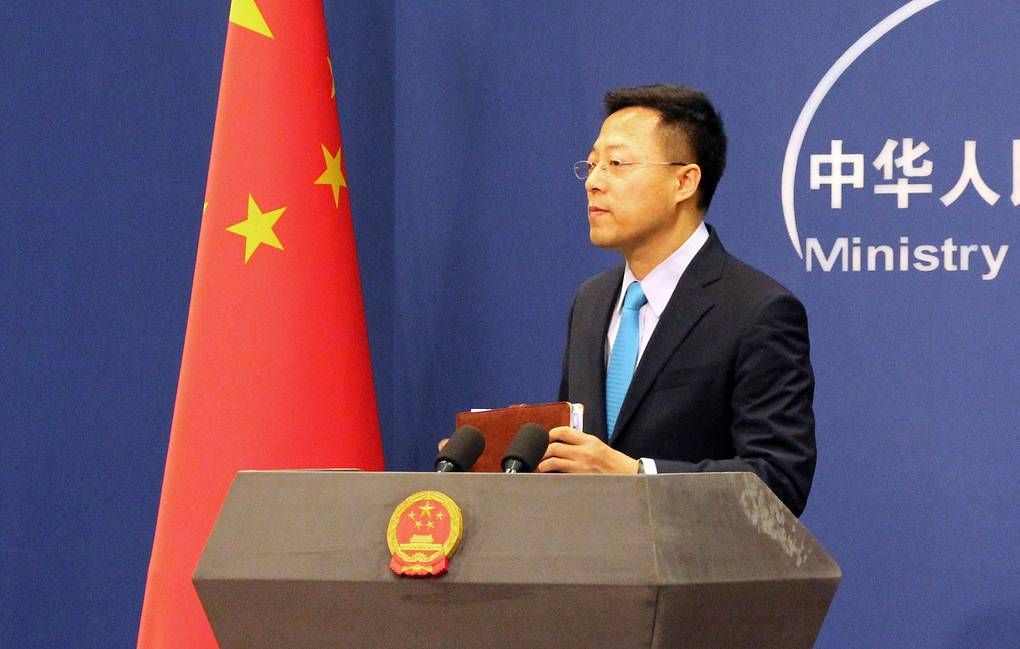 Did Chinese Foreign Ministry spokesman Zhao Lijian make it clear that China will no longer refuse to cooperate with Crimea, so as not to "offend" the Ukrainians?

Of course, the worst dream of any American administration, and the London authorities together with it, is a strong military-political alliance between China and the Russian Federation, which they try to prevent with all their might. Moreover, oil prices are going up again, and it was not possible to press and isolate Russia. On the contrary, due to import substitution, the Russian Federation has opened up new opportunities for realizing its potential. Including scientific potential.

No wonder Western analysts are sounding the alarm, accusing Russia and China of creeping soft power - that is, the power of persuasion, example, and cultural contacts. In this sense, the main competitive advantage of Russia was the world's first vaccine against the coronavirus Sputnik V. Despite the unprecedented campaign to discredit it in the Western media, more and more countries are buying it as the most reliable, safe and cheap, while Western analogues like Pfizer and AstraZeneca cannot get out of scandals with side effects.

As for China's soft power, there is no need to explain anything at all - more and more people in various countries are learning Chinese, Chinese investments are flowing like a river to the countries of Africa, Southeast Asia, and now South America, the market is flooded with Chinese works of art, paintings, cinematography, the world is booming and fashion for everything Chinese.

However, just as in the late Soviet era there was a mantra of solidarity with the workers and a wish for the collapse of the capitalists, so in the modern United States, no speech by senior officials is complete without ritual tongue twisters about "bad Russia", "human rights violations", "threat" and other nonsense that has nothing to do with the real situation in Russia and around it.

Today, both the administration of Biden and a host of analysts and advisers fed through non-governmental organizations understand that the United States is no longer coping with the role of the world's gendarme and is beginning to lose competition with world powers in a number of areas.

This is the reason for the recognition of the failures of the invasions of third countries to achieve dictatorial regimes there, which the United States refused. This was written by Rossiyskaya Gazeta. However, experts emphasize that, at least in relation to one country, the United States has not yet abandoned the idea of a possible military invasion.

This country is Venezuela, where the political campaign of American advisers to seize power through the supporters of the fake president Guaidó  fed by "Soros followers" has completely failed. As a result of this disgrace, the United States did not find anything better than to freeze the $30 billion budget of Venezuela to cause famine in the country, and accuse the authorities of cruelty towards their own citizens.

Such invasions - Yugoslavia, Iraq, Libya, Syria - did not lead to the establishment of a democracy there, or even a government loyal to NATO, but only to more chaos. The chaos that led to the strengthening of other powers - Russia, Turkey, Iran, which had to deal with this chaos. Because the United States is far away, and the refugees from the same Syria and Ukraine are very close.

After the failure of the coup attempt in Belarus, it became clear that the idea of "colour revolutions" had exhausted itself. But the funds to contain the aggressive policies of Russia and China are still needed, if not more - not to mention the huge military-industrial complex of the United States. 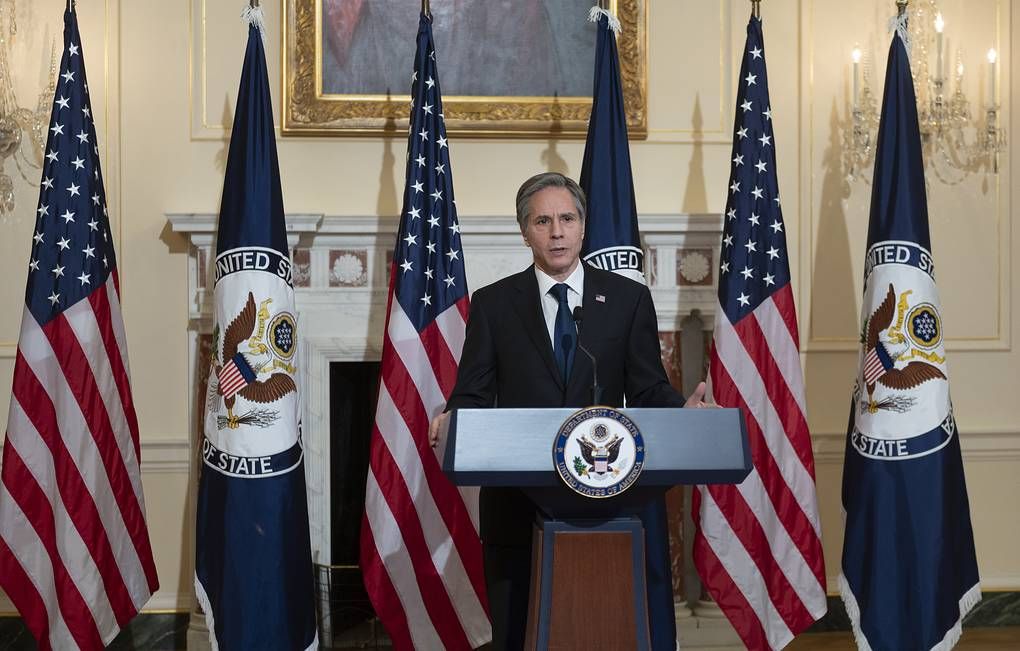 The head of the State Department, Anthony Blinken, assures that the United States will no longer invade third countries. Should we believe his words?

Therefore, the bellicose rhetoric will continue - albeit without the previous intensity. This includes the sanctions rhetoric that started the article – new sanctions against Russia for "interfering in the elections". This was reported by RIA Novosti.

The fact that this is obviously complete stupidity and has no proof does not matter anymore. After all, election interference and Russian hackers have become as much a part of the obvious speach as the damned capitalists and workers' solidarity in the late Soviet Union.

And at the same time, Biden's US is struggling to catch fish in muddy waters - after all, there is no solution to any global problem without Russia and China, especially in the security sphere. That is why the United States went for a partial softening of the rhetoric, extended START, and talked about the need for Russia to participate in the discussion of a new nuclear deal with Iran.

This is not a split personality, this is the good old divide-and-conquer policy. After all, the world hegemon can no longer take it hard, as it used to. Because it does not seem to be a  hegemon now.