The United States, it seems, cannot decide whether they want to defuse relations with Russia, or want to solve their own domestic political problems through the image of the enemy in its face.

According to the correspondent of The Moscow Post, the United Kingdom and the United States again accused Russia of hundreds of cyber attacks on government agencies and institutions around the world. The FBI and the NSA claim that a variety of objects were attacked - from military organizations to higher education institutions.

Such information is contained in an extensive report, which is full of accusations and even slogans, but does not present real facts, and indeed any little convincing evidence base.

The report has already caused a public outcry. Against the background of the emerging détente in relations between the Russian Federation and Western countries, primarily the United States, he plays to strengthen the confrontation and threatens to disrupt one of the key initiatives following the meeting between Vladimir Putin and Joe Biden - an attempt to civilize and frame cooperation in this area. Or at least develop general rules of the game, mechanisms of interaction on the issue of cybersecurity.

The report alleges that the attackers were involved in the identification of credentials, as well as using a combination of known tactics, methods and procedures to get into the right network and access data.

Allegedly, known exploits were used (computer programs, fragments of program code or sequences of commands that use vulnerabilities in the software to conduct an attack) in order to obtain privileged remote access to Microsoft Exchange servers. Other methods include using a compromised Office 365 account to access incoming user emails.

The fact that it is possible to attribute such a thing to any hacker group in the world is understandable. It is not clear why to issue a new series of charges to the public instead of consulting with the Russian side. Leading Russian IT companies have already refused to comment on the situation. Because, in fact, there is nothing to comment on.

According to RBC journalists, citing their own sources, there have been similar reports in the past. This only added technical details - methods, according to American experts, attacks. But why Russia should be behind all this is not clear from the report.

But it is clear that the report may form the basis of new anti-Russian sanctions, primarily from the United States. He will be read out in Congress, justifying the new restrictions. American, and not only American society, are trying to scare.

At the same time, there can be no doubt that on other "fronts" work will continue to ensure strategic stability, as well as efforts to pressure Russia on the most important issues on the world geopolitical agenda. This is Iran's nuclear program, settlement in Syria, environmental issues, energy security and other aspects. 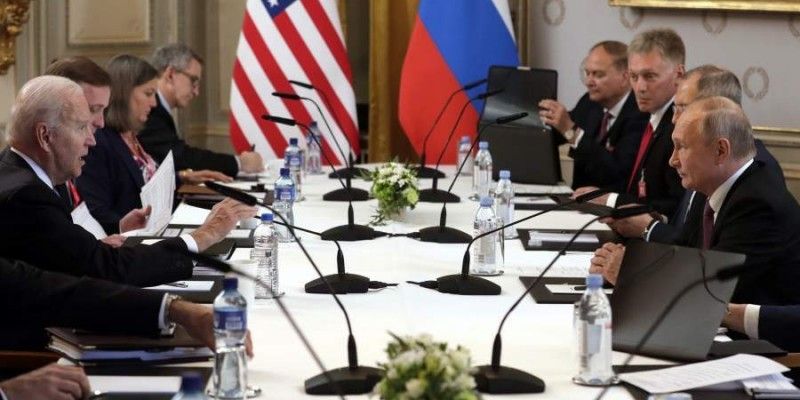 That is, with one hand, the US administration invites the dialogue where it can be beneficial to the American side. The other hand is preparing the base for new restrictions against the Russian Federation on the basis of a set of unsubstantiated charges. There is no balanced, balanced approach to relations with Russia in Washington - there are different poles of power fighting. And their difference, mainly, is how strongly and unceremoniously they play the anti-Russian card.

At the same time as the news about the report, other information appeared. The Appropriations Committee of the House of Representatives of the American Congress adopted an amendment designed to prevent President Joe Biden from suspending sanctions against the Nord Stream 2 operator.

The amendment was proposed by Ohio congresswoman, Democrat Marcy Kapoor. What is the chances of its approval by the full composition of both houses of the legislature is not yet clear.

The administration of United States President Joe Biden previously imposed sanctions against ships completing Nord Stream-2, but did not use them against the German Nord Stream 2 AG, explaining this by the reluctance to quarrel with the allies. About this writes RIA "Novosti". At the same time, Washington recognized that new restrictive measures against the pipeline are already meaningless, since it is practically completed.

In the same case, we see another step that is absolutely useless from the point of view of improving relations with the Russian Federation. The construction of the pipeline can no longer be stopped, the US administration itself emphasizes - now it is much more important for it to have good relations with its key ally in Europe - Germany.

But the logic of the domestic political struggle pushes congressmen to such a step. This step should be a message, first of all, to the intra-American audience - see, we continue to fight against Russian interests in Europe. But there will be no practical benefit, and only contributes to a deepening of misunderstanding between our countries.

All this, recall, takes place against the backdrop of a number of military provocations at sea. First, on June 23, the British Defender ship entered the Russian territorial waters near Crimea. This almost ended in a skirmish - only the endurance and professional actions of the Russian side, which did not want to aggravate the conflict situation, made it possible not to transfer it to an acute phase.

Later, Vladimir Putin on his Direct Line unequivocally stated - this is not just a provocation, but a complex provocation. At least another reconnaissance aircraft, American, took part in it. He "highlighted" the actions of the Russian Federation, even if he was not allowed to collect the necessary information. Why was this provocation needed, especially against the backdrop of Putin's team to curtail the exercises off the coast of Crimea that Western countries were so worried about?

The version of the British authorities is also puzzling, according to which there were no warning shots and bombing on the course of the ship. Allegedly, exercises were held nearby. Who is this lie designed for? In the case of teachings, the "square" next to which they pass did not come close.

At the same time, Defender himself just took part in the Sea Breeze exercises. The number of participants is several dozen, in the immediate vicinity of our borders. Isn't that stressful? 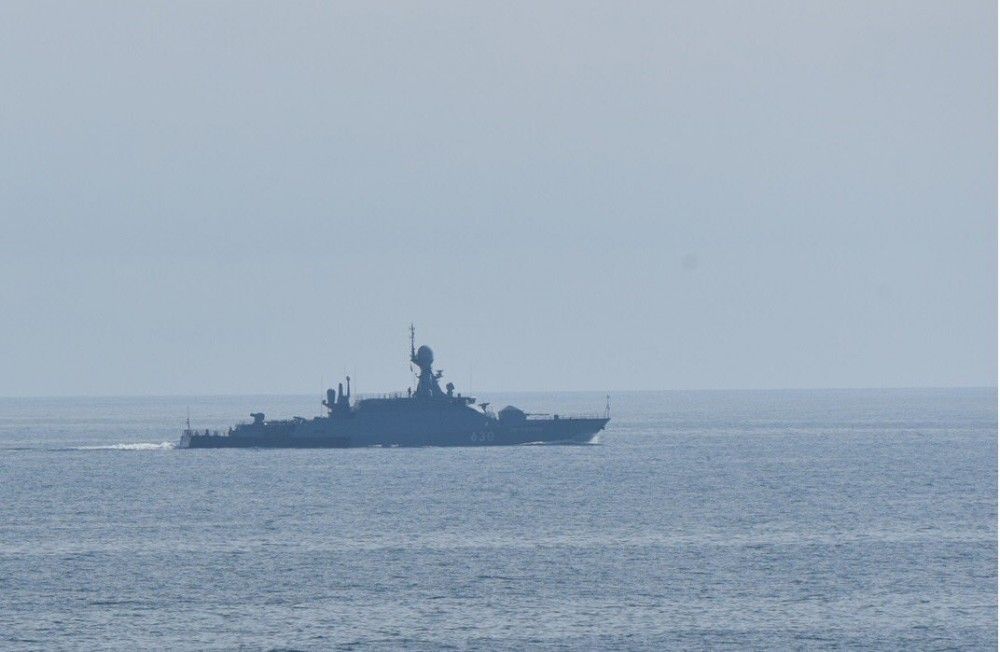 The provocation with the frigate Evertsen was conscious - Russian Foreign Ministry

Let everyone solve their problems. The Americans conducted intelligence, but the UK, according to experts, is simply trying to find itself in new geopolitical situations, losing influence around the world.

And just a few days after this situation, another happens, already with the participation of the Dutch frigate Evertsen. Later, Russian Foreign Ministry spokeswoman Maria Zakharova called this a conscious provocation.

"Given that the Evertsen incident took place the day after the incident with the British destroyer Defender, it is generally difficult to deny yourself pleasure to emphasize that the Dutch side acted in a coordinated manner both through NATO and directly in contact with British partners," she said at a briefing. Her words are quoted by RIA "Novosti".

Such actions do not contribute to international stability and security. And once again they emphasize that there is no real alternative to such an arrangement on the Russian side. The ball is on the other side, and until a balanced approach to relations with Russia prevails, provocations will continue. The danger is that any such incident could result in loss of life. But this variable, it seems, is not taken into account by that side.