In favor of its own geopolitical interests, the United States easily betrays even close allies and friends.

According to the correspondent of The Moscow Post, a high-profile scandal erupted in the camp of NATO allies - between France, the USA, Australia and Great Britain. The last three countries announced the creation of the AUKUS defense alliance (AU - Australia, UK - Great Britain, US - USA).

Formally, it is not directed against third countries, but it is clear that this is primarily about confronting China in the Asia-Pacific region. The task is to ensure security in the Indo-Pacific region. Read - deterrence of the PRC.

What is the scandal? The first goal of the alliance was to equip Australia with nuclear submarines without nuclear weapons. And the first step towards this was the break of the already existing contract with France for the production and supply of submarines to Australia.

The contract was signed in 2017 with the French shipbuilding company Naval Group for 12 submarines worth 90 billion Australian dollars ($66 billion). This is the largest defense contract in the history of the country. Its implementation has already begun, but then the Americans and the British intervened. Now, apparently, they will be engaged in the production of submarines, and the giant contract will "sail" overseas.

Against whom we are friends

According to Viktor Murakhovsky, editor-in-chief of Arsenal of the Fatherland magazine, a member of the expert council of the board of the Military Industrial Commission, the reason for Australia's withdrawal from the submarine construction agreement lies in the "US desire to build an alliance in the Pacific Ocean against China." His words are quoted by Gazeta.ru.

Australia remains the main outpost of the United States in the Pacific Ocean, and almost completely acts in line with American politics. Experts already compare this with the creation of military blocs during the Cold War - only now the "pact" is aimed at China.

And for China, this is an alarming sign. Now he will have to revise his plans to create defense lines, as the direction from Australia becomes dangerous. That is, it will be necessary to direct more efforts and funds to modernize its fleet and stop these threats.

In the Middle Kingdom itself have already made a statement. The Permanent Representative of China to international organizations in Vienna, Wang Qun, considers the agreements of countries an act of "nuclear proliferation."

According to the Permanent Representative of China, the creation of AUKUS will negatively affect world efforts on the nuclear issue on the Korean Peninsula. He also believes that the objectives of the new alliance are contrary to the Treaty on the Non-Proliferation of Nuclear Weapons. The diplomat quotes Kommersant.

But this step is far from only against China. There are quite a lot of overtones associated with intra-Atlantic relations themselves. Today, NATO is actually splitting the European Union, and wider - Europe.

In France, voices are again increasingly voicing the need to strengthen their own army and create strong European conventional forces. The topic is developed by President Emmanuel Macron. Back in 2018, he proposed creating a "pan-European army" independent of the United States. The topic is not new, but it was Macron who breathed new life into it. The United States does not intend to forgive this either to him or France.

After all, such a policy undermines the authority and capabilities of the United States, playing the main violin in NATO. And the entire North Atlantic Alliance as a whole. Thus, France and President Emmanuel Macron, who expressed such ideas, decided to "punish" and "put in place." 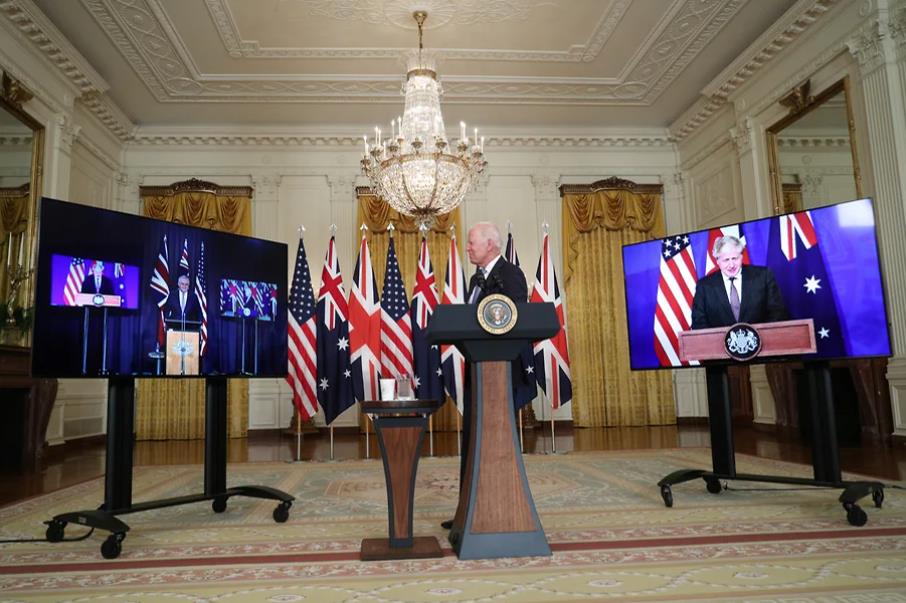 The United States is playing its own geopolitical game, and France's interests, and everyone who does not fit into the strategy, does not intend to

But we are talking about a close ally of the United States, one of the leading and most developed countries not only in Europe, but throughout the world. But... politics is politics, there are no friends here, there are only interests.

Kick with the back

To say that the break of the contract caused indignation in France is not to say anything. It was almost a shock. After all, no one informed the French in advance, not to mention any compensation, except those that imply contractual obligations in the event of a unilateral termination of the agreement. In France itself, such a step was called "regrettable."

Foreign Minister Jean-Yves Le Drian called Australia's decision to terminate the contract for the construction of submarines a "blow to the back" and demanded clarification from Washington, which essentially intercepted the deal from Paris. "We have established trusting relations with Australia, this trust has been undermined," the minister said.

The resentment was great, and there were no adequate responses. The only thing the French were capable of in this situation is a purely symbolic step that demonstrates powerlessness.

France canceled the celebrations at its embassy in the United States on the occasion of the 240th anniversary of the Chesapeake battle. It was a decisive battle at sea in the US War of Independence. The French fleet, which supported the United States, defeated the British. What an irony!

Now Paris is waiting for explanations from Canbarerra and Washington. But I will not wait - the "hegemons" do not explain and explain their decisions, but only put them before the fact. This turned out to be the price of France for the United States, as a NATO partner, and indeed an ally and friend.

And how to not recall another similar case - the refusal of France itself from the production and supply of Mistral aircraft-carrying ships to Russia. This happened in 2015, after the start of the Ukrainian crisis, when Crimea was already reunited with Russia.

Thus, it was decided to punish the Russian Federation, and the initiative did not come from France, interested in the contract, but from the United States and its closest allies, who provoked a civil war in Ukraine. However, France is also responsible for the coup in the fraternal republic, and a considerable one.

As now, the decision to abandon the supply of Mistrals was only a policy. Russia did not threaten or threaten anyone, and even more so France. Recall that it was about an agreement for 1.2 billion euros. However, they took this step, as they say, "bent" before the United States to please the fleeting political situation. And now they themselves were deceived and thrown to the sidelines - and we are not talking about 1.2 billion, but immediately 66 billion.

Of course, the Russian Foreign Ministry did not fail to remind France of that absolutely wrong, inadequate and even hostile step. And it is difficult to reproach our diplomats for this.

"Where does anger and bitterness come from? Breaking contracts for France seems to be a familiar matter. In 2015, Paris canceled a deal with Russia on two Mistral aircraft carriers. Or are only the knives that you feel in your back bad?, "Maria Zakharova, the official representative of the Russian Foreign Ministry, wrote ironically in her telegram channel. 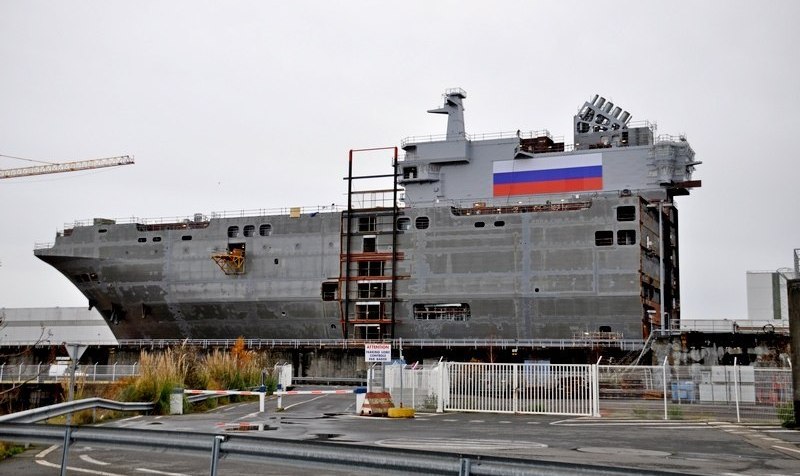 It turned out awkward with the Mistrals...

Pan-European diplomacy also responded to the glaring situation. An agreement of this kind was not "composed" the day before yesterday. It takes time. And despite this, no, they did not consult with the European Union, "complained Josep Borrel. This is the same Borrel, who had previously taken almost all US initiatives to contain Russia under the trump card. And now, you see, they did not consult.

According to Borrel, this again makes Europe think about its strategic autonomy: "This is another evidence that we need to exist independently." And yes, this is again a hint of a pan-European army and an increase in its own subjectivity.

These are the realities of the modern geopolitical confrontation, where political conjuncture and expediency prevail over the moral component. The United States once again demonstrated its attitude towards the Allies. Against the backdrop of deafening shame in Afghanistan, the current situation will absolutely affect intra-Atlantic relations and layouts. Well, France can be advised not to be offended and next time to selectively approach the choice of allies.