Dangerous games of the Armenian Prime Minister in the illegal international weapons trade.

The fighting that broke out in the Armenian-Azerbaijani conflict zone in recent days has left the generation of "revolutionary" news from Armenia, which has reached its peak in recent months, in the shadow. The investigation, which was conducted using materials obtained from informed sources, was prepared for publication last week. However, in the light of the beginning of the hot phase of the Transcaucasian conflict, the facts about the weapons business of the "revolutionary" Armenian government give a new interpretation of the military escalation, which may be caused by the banal covering of traces of unrecorded weapons stocks. But one thing at a time…

Accusations of weapons fraud are a new weapon of the Armenian opposition.

The boat of revolutionary thunderbird and "people's Premier" Nikol Pashinyan is rocking under the pressure of accusations of corruption, inefficiency in the fight against the coronavirus pandemic and chronic budget shortfalls. The government uses power structures aimed at intimidating, coercing and arresting the opposition against the neutralization of political opponents. It should be noted that during the last two years of Nikol Pashinyan's Premiership, he replaced the heads of law enforcement agencies - the National Security Service (NSS) and the police, who apparently did not fully implement his revolutionary agenda, three times.

Mikael Minasyan, the son-in-law of former President Serzh Sargsyan, plays the first fiddle in the campaign to accuse the Prime Minister of corruption. In his video messages, Minasyan accuses Pashinyan, his family members and inner circle of implementing corruption schemes in such high-income and traditionally important sectors of the Armenian economy as metallurgy and precious metals. In addition, it is specifically about the criminal activities for example smuggling of tobacco products and... the weapons trade. The latter, namely, the accusations of weapons resale fraud, directly affect the interests of Russia, Armenia's main military and political ally.

Cooperation of Russia and Armenia in the security sphere is specific for due to a number of reasons. Armenia is a geographically small country with very limited capabilities and resources, located in an unpredictable region. Conflicts, or the threat of conflicts, come from almost all of its neighbours. In these circumstances, the alliance with Russia should be of existential importance for Armenia. Moscow is a guarantor of the security of its CSTO ally and entirely fulfills its obligations. The 102nd Military Base is located in the Armenian city of Gyumri; one of the corps of the Armenian armed forces is part of the joint Russian-Armenian military group; Russian weapons deliveries to Armenia have been carried out for many years at Russian  domestic (and not at export prices), and on the basis of a loan provided by Russia – that is, virtually free of charge.

When Nikol Pashinyan came to power in May 2018, an era of unpredictability began in relations with Russia. The list of unresolved issues on the bilateral agenda is growing like a snowball from the top of Ararat. The criminal prosecution of the South Caucasus Railway (with one hundred percent Russian capital) and the demand for preferential pricing from Gazprom for Armenian consumers; sensitive for the Kremlin arrest of former President Robert Kocharyan, carried out through pressure on the constitutional court - all this is just the visible tip of the problem iceberg. And if these tricks of the revolutionary government could be attributed to internal reasons, so to speak, playing on patience and probing the resistance of the revolutionary Prime Minister, then the machinations in the sphere of military-technical cooperation can have far-reaching consequences.

It all started with another video message by Minasyan, which referred to illegal international weapons trade schemes involving the Armenian government. Well-informed about internal Armenian processes Minasyan focuses on the role of a certain David Galstyan in this business.

According to Minasyan, the latter received the authority to conduct such operations personally from Pashinyan: "Prime Minister of Armenia Nikol Pashinyan authorizes David Galstyan through the Ministry of Defence and grants him the privilege to order 100 weapons on behalf of the Republic of Armenia. Then the Republic of Armenia buys from David Galstyan's offshore, let's say, 60 of these 100 types. It pays for these 60 weapons and these 60 weapons are delivered to Armenia. Everything is in order with the documents, but there is one exception: the 40 units that were originally ordered but not paid for are sent directly from Russia to a third country by David Galstyan, who already had agreements with third countries. For example, to the United Arab Emirates. From this third country, weapons end up in the fourth country," - Minasyan says. 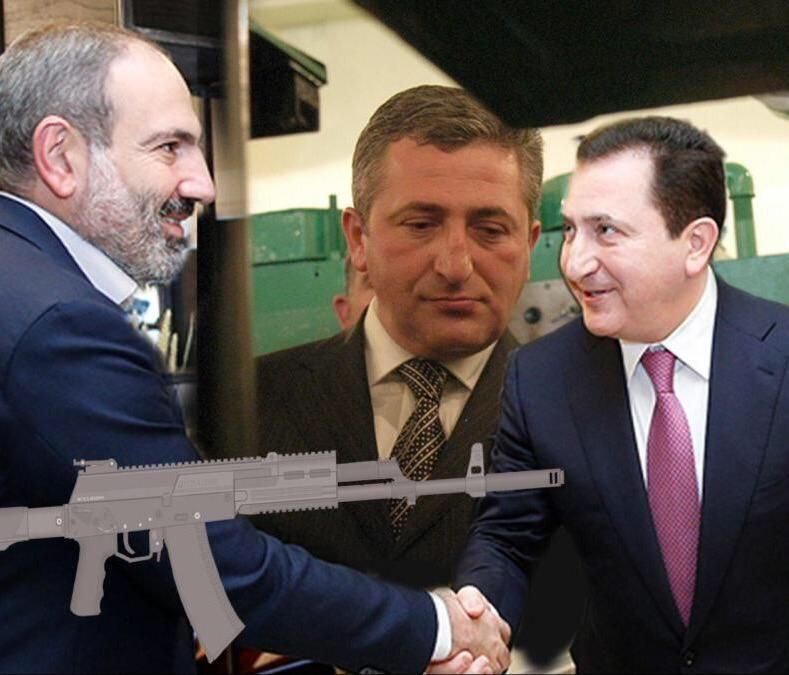 The name of David Galstyan, the owner of Royalsys Engineering, has long appeared in reports on the illegal transportation and sale of weapons to conflict zones. Thus, Galstyan and his numerous companies are mentioned in one of the UN Security Council reports, in connection with the supply of weapons to Libya and further to Syria - to unnamed groups opposed to the Assad government, payments to the account of the offshore company of the President of Ukraine Petr Poroshenko and in numerous court documents in Armenia itself. In open sources, the same Galstyan is indicated by the names of companies involved in the military-industrial complex, such as Mosstone Engineering, Armenian DG Arms, Ayk Avia, and engaged in the supply of weapons to Syria, Libya, South Sudan and Somalia. 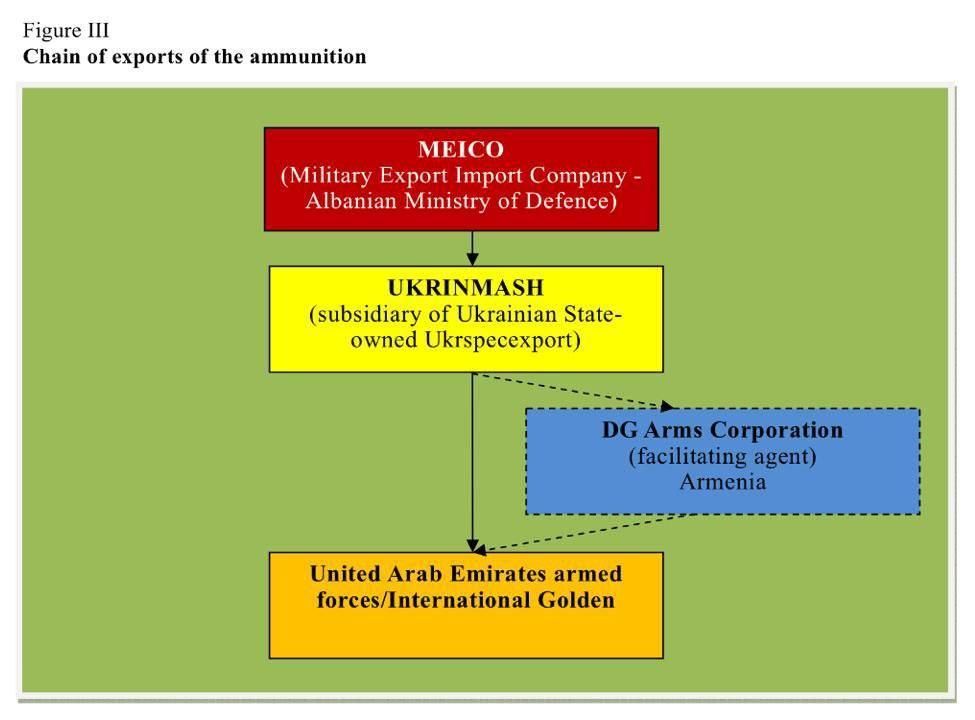 However, the dark past of the "grey businessman" did not prevent the Democrat Pashinyan from meeting him several times and discussing the development of his business in Armenia, in particular, the opening of an enterprise for the production of rifles and other light weapons.

That is, under the patronage of the new authorities, Galstyan sells military products to third parties, while using discounts provided by Russia, in accordance with allied obligations. Considering that Russia supplies weapons to Armenia at its domestic prices, depending on the type of weapons, such a discount reaches from 15 to 40 percent of world prices. If we take into account that over the past few years Russia has allocated $ 300 million worth of weapons loans to Armenia, the Russian budget has not received between $ 60 and $ 90 million. At the same time, Russian taxpayer paid exactly the same margin to the leadership of the allied state, which turned on a clearly unfriendly course towards the guarantor of its security.

Who will the rifle on the stage shoot at?

This last factor, apparently, was the reason for Minasyan's leak. The son-in-law of the ex-President is disingenuous without pointing out that the illegal trade in discount Russian weapons was conducted even during his father-in-law's leadership. This scheme was implemented with the participation of S. Sargsyan's partner Vahram Simonyan, a Russian businessman of Armenian origin, and such air carriers as South Airlines, Skiva Air, and V-Berd Avia. (By the way, Skiva Air, after its participation in the grey schemes became known, was hastily deprived by the then Armenian authorities of the license for air transportation, and after that, the national air campaign Air Armenia was "highlighted" in the supply of weapons and ammunition to South Sudan in 2014-2015).

But it seems that it was Pashinyan's attempt to achieve actual legitimation in the eyes of the Kremlin by unauthorized raiding of the "grey business" of his predecessors, which was parasitic on Russian interests, that caused the failure in the established scheme. In particular, the Prime Minister's passion for off-budget business schemes (READ HERE about corruption in the sphere of legitimation of old-regime oligarchs) was cooled by the fact that in 2019 the mysterious David Galstyan was declared persona non grata in Russia for 10 years, and information about the Armenian elite's weapon preferences began to be leaked in the media.

The new government in Armenia denies involvement in the machinations of its predecessors. However, it is unclear why, in order to settle the issue of Galstyan's expulsion, Pashinyan, according to Minasyan, secretly sent his military adviser Arshak Karapetyan to Moscow. 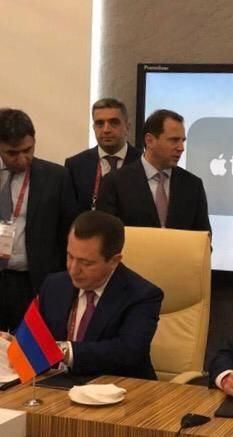 According to the official report of the Audit Chamber of Armenia for 2019, 10 (!) out of 28 aircraft registered in the country, were in South Sudan and Chad for the purpose of air cargo transportation. It is clear that the Armenian planes did not carry peaches and apricots to these African countries, which are the territories of permanent conflicts. It should be noted that this happened in 2019, i.e. after the "velvet revolution".

The same year, another Armenian airline Mars Avia, was also highlighted in the story of an emergency landing at the Mogadishu airport. Most likely, it was about the "unofficial" shipment of weapons or ammunition, which is often done exactly under the cover of such "unexpectedness".

The continuation of grey schemes in the weapons trade is also indicated by the former chief of the Armenian special services David Shahnazaryan, who is not the least informed person in the country.

And Galstyan, who was expelled from Russia, recently surfaced next to the "people's Premier" at the Grand opening of a joint plant for the production of Kalashnikov rifles by the Armenian authorities, the shareholder of which is Royalsys Engineering LTD. 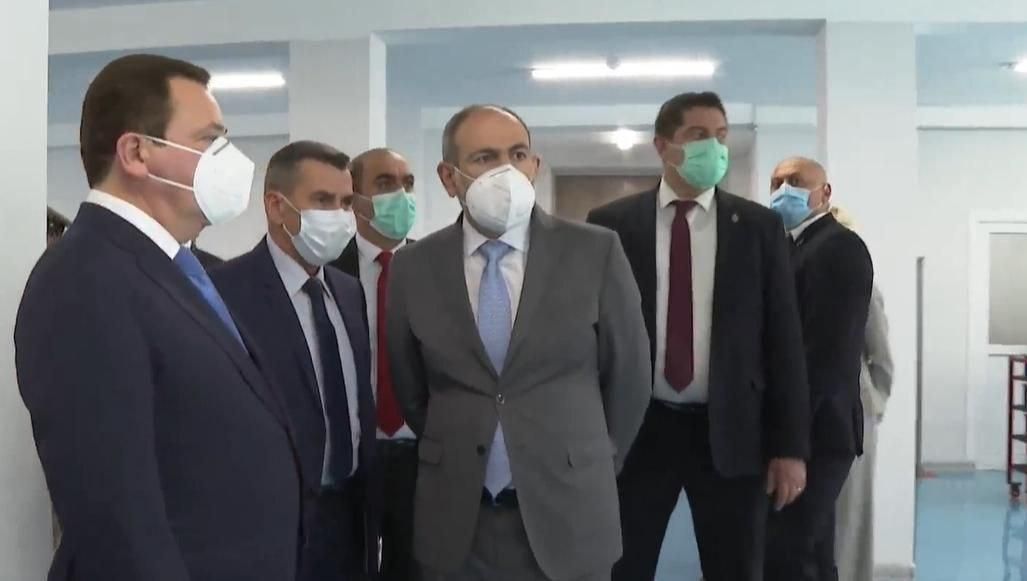 All this in the complex can only indicate one thing - Pashinyan has taken control of the existing scheme and is now trying to legitimize his winnings in front of the Russian ally. Meanwhile he does not compromise the anti-Russian internal agenda, and  does not guarantee and report in which foreign policy situation the weapons of the ally will be used. And taking into account that the new government of Armenia is not discriminating in choosing partners and clients, this means the threat of Russian weapons falling into the hands of potential opponents of Russian interests in different parts of the world. In the sphere of military-technical cooperation, there is no place for amateur activity and free choice of partners. After all, with such a partner, there is no guarantee that somewhere in the troubled Middle East, weapons sold to an ally will not be used against Russian military personnel.

No less interesting is the peculiar form of diversification of weapons purchase channels recently adopted by Yerevan. Thus, the Pashinyan government, under the guise of fighting corruption, beat out several tens of millions of dollars from the local oligarchy - allegedly for the purpose of improving the material and technical base of the army.

For this purpose, 35 modernized OSA-AKM surface-to-air missile systems were purchased in … Jordan. This transaction, presented by revolutionary officialdom as an undoubted benefit on the price - quality factor, raised many questions. Experts whom we were able to communicate with indicate that Jordan cannot have analogues of modern Russian surface-to-air missile systems a priori. If Jordan is selling anything, it is old equipment. Therefore, these schemes, presented as a breakthrough of the "Russian monopoly on the Armenian weapons market", fit only into the logic of corruption schemes for laundering confiscated old-regime capital. On the other hand, previously used Jordanian anti-aircraft guns fill the gap - the difference between the total amount of weapons received from Russia through cooperation within the framework of the CSTO, and actually resold on the "black market".

12 October, 8:46
Zakharova: "You yourself came up with a game that led you to defeat and which was crazy original"