Nehammer did not understand

What did the Austrian Chancellor hope for?

In the conflict between the United States and Europe with Russia, all masks are finally dropped: they want to destroy our country. However, nothing new.

As the correspondent of The Moscow Post reports, on the eve of the Kremlin received Austrian Chancellor Karl Nehammer. He held a meeting with Russian President Vladimir Putin, following which he said: a tough, direct, open conversation took place. Allegedly, the parties spoke without third parties, including even translators.

This meeting was the first such contact at the highest level since the beginning of the special operation of the Russian Federation to protect Donbass. Its results can be called disappointing - at least for Europe. The goal was called the cessation of the actions of the Russian side in Ukraine and the solution of humanitarian issues. However, it seems that the parties were unhappy with each other - there was no real dialogue and mutual understanding.

But another point is important. The fact is that Mr. Nehammer's message itself was the need to come to some agreements, compromises with each other, and the correctness of a direct dialogue with Russia. And this statement is in sharp contrast to what the head of European diplomacy Josep Borrell issued just the other day.

Unlike the Austrian chancellor and a number of other European leaders (at least Hungarian Prime Minister Viktor Orban), Josep Borrell, on behalf of all Euro-diplomacy, called for a military defeat for Russia. RBC writes about this.

This statement completely, to the point of breaking the picture of a "united" Europe, allegedly interested in an early peaceful solution to the conflict. Reveals the cards, discourages. And confirms the correctness of the actions of our state. 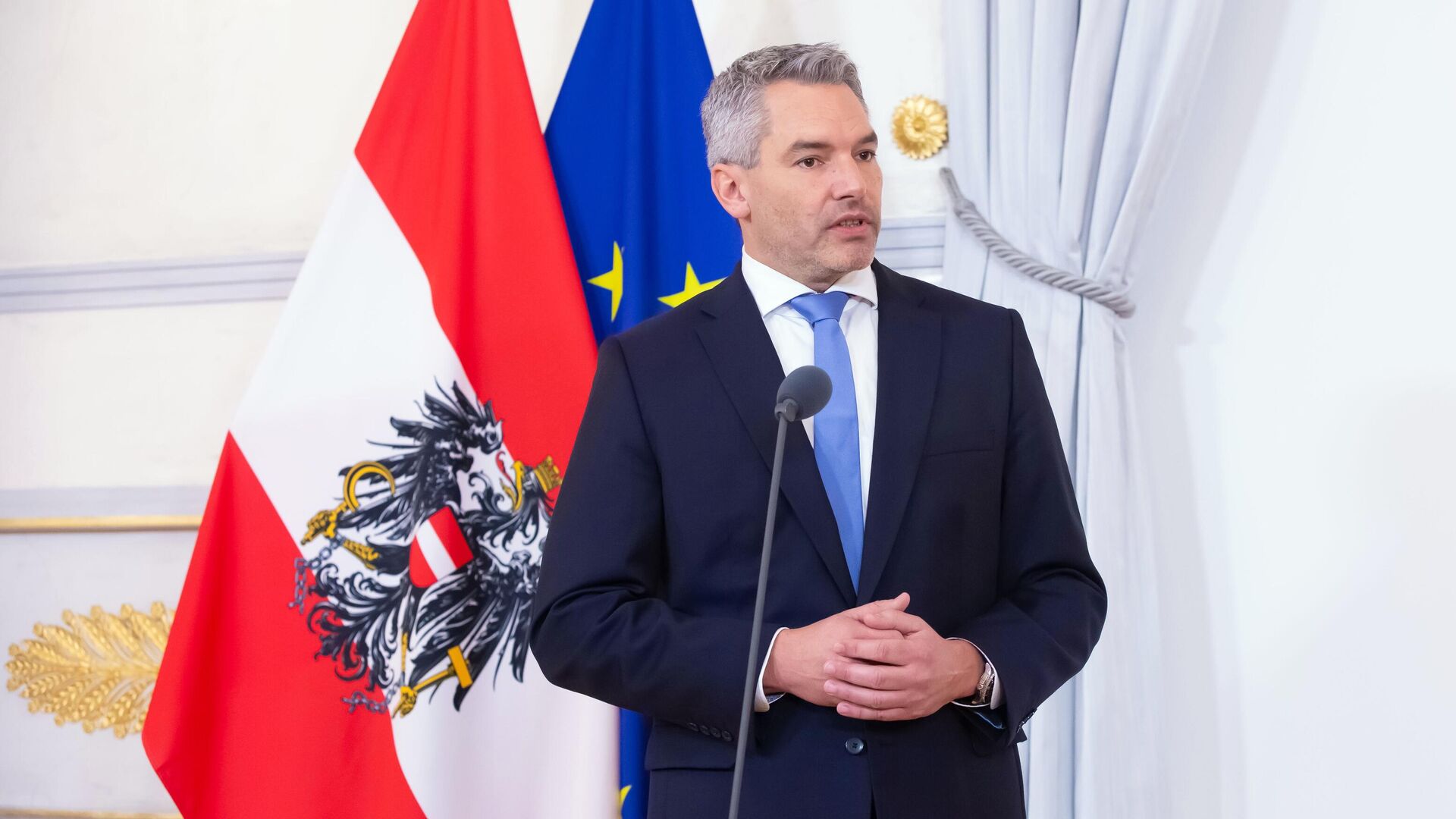 The visit of Austrian Chancellor Karl Nehammer did not lead to any significant results, except for one - it confirmed that there is no real unity in the EU. Photo: RIA Novosti

Yes. It will be difficult for someone to believe in it, but Europe - the very "democratic," "prosperous" Europe - craves the blood and defeat of Russia on the battlefield. Once again, these are the words of a diplomat, the head of all EU diplomats. Such is the "diplomacy" there.

Many interpret this statement as a "point of no return" - no one is going to negotiate with us. And with them is Kyiv, fueled by the same sentiments, which is also set to confront the last Ukrainian.

They will not achieve their goal, but the final motives are important. And what, in this case, are they going to do further with Russia, a nuclear power, one of the largest economies in the world? It is not difficult to guess - in their opinion, Russia poses a threat. And our fate in case of failure will be unenviable.

We are preparing the fate of Yugoslavia. And this desire, this point of view among the Europeans represented by Borrell, did not appear at all yesterday and not after the start of the special operation.

The desire to destroy, crush Russia has been sitting in the subcords of the European for hundreds of years. A similar line can be drawn almost from the time of Alexander Nevsky. Now all the barriers have simply fallen. And Russia's desire to minimize damage to Ukraine and reduce to a minimum the risks for the civilian population are interpreted unequivocally - as weakness.

This approach completely changes the ideas about Europe and its values ​ ​ even among the most "inveterate" liberals. And if for the Russian Federation this situation is a special operation to protect people, then for Europe it is a real war against Russia to destroy. By the hands of Ukrainians, of course. And the opportunity to make great extra money for their curators from overseas.

In this sense, the recent example of Slovakia is indicative, which, under pressure from the United States and the EU, agreed to transfer its only air defense division to Ukraine S-300. Of course, he did not help the former fraternal republic - he was "calibrated" near Dnepropetrovsk - they did not even have time to deploy.

Our former partners, of course, denied this (and what else could they say?). No new photos of the division, which could confirm their words, were provided.

But that's not even the point. And the fact that official Ukraine now owes considerable funds for these complexes. Yes, they "protect" them on credit.

At the same time, Slovakia itself was left without air defense, which the Americans instantly took advantage of. And now we hear that American Patriot air defense systems will be delivered to this European country "for protection." And Slovakia, too, now owes money. "Wonderful" business on human blood and human grief.

Discord in the camp of "allies"

But this is just one specific example. And if a month ago only small arms were supplied to Ukraine, now tanks, armored vehicles, air defense systems, MLRS are being driven, volunteers, mercenaries, intelligence and satellite information are being supplied.

In Ukraine, we are fighting real Nazis. But in fact, in parallel with this, our opponent is not official Kyiv, but the entire Western world as a whole. At the same time, in it itself, as it turns out, there is no unity, no unity - and the best evidence of this is just the recent visit of Mr. Nehammer to Moscow.

After all, Nehammer's statements contradict the general position of European diplomacy, which Borrell expressed. And this destroys the picture of unity - just like Hungary, which agreed to pay for Russian gas in rubles. And similarly, there is no unity not only within the EU, but also in the West as a whole. 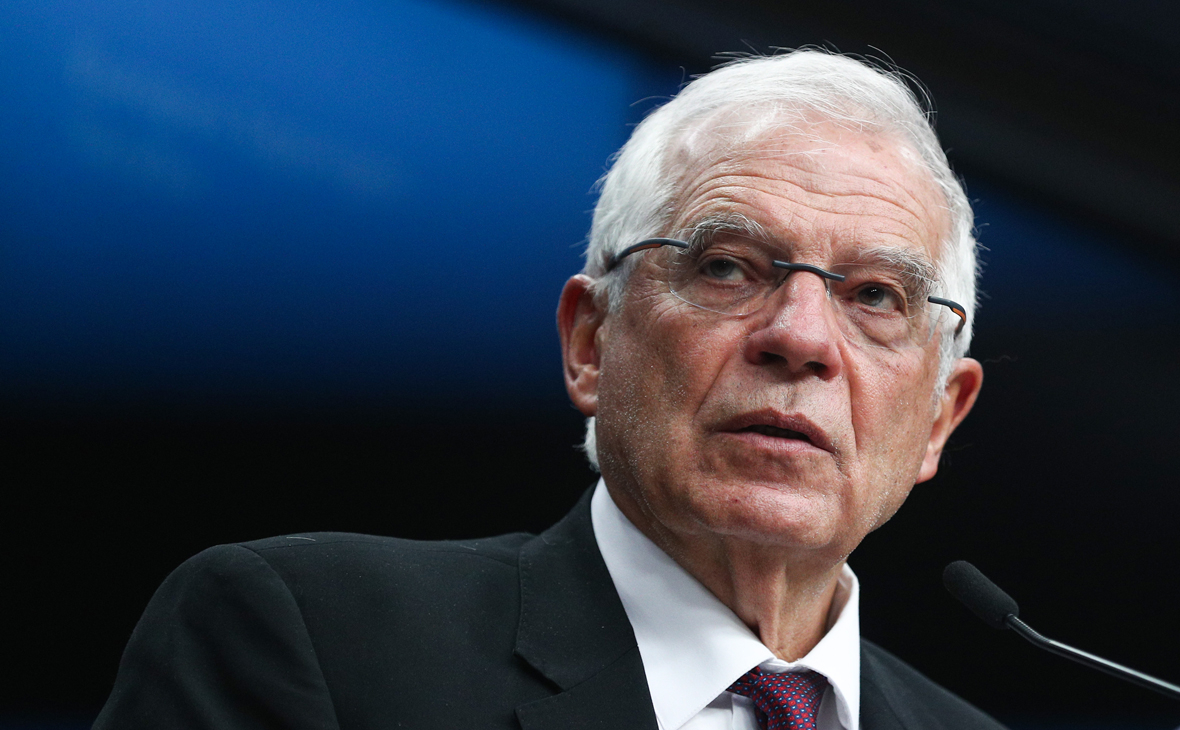 Josep Borrell, as they say, "dissipated" - they do not want to end the conflict in Ukraine in Europe, and they see one way - the military defeat of our country. Фото: Zheng Huansong / Xinhua / Zuma

Recall that Moldova, Turkey and Georgia - that is, countries that are considered to be allies of Ukraine, the EU, the United States and NATO, refused to support Russian sanctions. In Georgia, they completely refused to somehow facilitate the crimes of Kyiv, they do not even approve of sending volunteers there.

Georgia remembers the 2008 lesson well. Georgia depends on Russian tourists, on Russian capital. This is precisely the conflict: Georgia is forced to act against its own interests, and for some reason it... does not wish.

As a result, a conflict broke out between Kyiv and Tbilisi, which was difficult to assume a couple of months ago. An important factor is that the speaker of the Georgian parliament Shalva Papuashvili refused to visit the city of Bucha, Kyiv region. The very Bucha, where the pro-Nazi regime, with the help of its Anglo-Saxon allies, "hung" its own monstrous crimes against Ukrainians on Russia.

RIA Novosti wrote about the situation and the loud scandal between Ukraine and Georgia. And, again, this is just what "got out" to the surface. There is no real unity in the Western world - including on sanctions issues. And the further this crisis drags on, the higher prices rise in Europe, the stronger the social and political situation there will be and more difficult.

Time works against Ukraine and Europe. Works for Russia. What Russia will do is an open question. It is only clear that the special operation will be completed, its goals will be fulfilled.