The USA calls allies on NATO sharply to increase supplies of arms and money to Ukraine because curators of Kiev understand - his time leaves.

At the end of the last week the Pentagon declared allocation new and for today the largest package of military aid to Ukraine for the sum more than $3 billion. Among other things, to Kiev it is planned to give 50 Bradley M2 IFVs. Earlier regular weapon of the countries of NATO was never delivered in such quantity.

Thus, the total amount of the American military aid to Ukraine since the beginning of the Special military operation was nearly $25 billion. And cumulative from all the unfriendly countries of Russia exceeds $100 billion.

However in Washington weren't satisfied also with it. Being госсектерарь the USA Condoleezza Rice and the ex-Minister of Defence Robert Gates through as it is considered, the most influential newspaper in the world of The Whasnigton Post let outy literally cry of despair: the help needs to be increased sharply because time works not at side of Ukraine.

In more detail - in material of the correspondent of The Moscow Post.

We will note that else at the end of December it became known that the USA approved also financial aid to Ukraine at the level of $45 billion a year. From her $28.4 billion are an additional military aid. However Washington, as always, works on Jesuit: practically from this money the Ukrainians and AFU will see nothing.

From the same $28 billion - $11.88 billion will go for replacement in arsenals of the USA of the weapon which is already transferred to Ukraine (that is this money of the USA will give to the military industrial complex at once, and new Haymarsa to themselves will take away then the same). $7 billion more will go for the European command of troops of the USA - not clearly at what here "independent". And only $9 billion - that is, are less than a third of the sum of military aid, will go for providing AFU with the equipment, explored and so on.

To other purposes - recovery of strongly affected economy, infrastructure, ensuring social payments, a zatykaniye of holes in the budget of Ukraine will go less than $17 billion for all 2023. Of course, there will be still a support from the European satellites of the USA. But if to consider in what volumes the money going on Ukraine is plundered, the situation for Kiev looks extremely deplorable.

Fall of GDP following the results of 2022 according to the most optimistic forecasts will be 34%, but very few people trust in it. More realistic assessment - up to 50%. For comparison, at Russia which appeared in a ring of sanctions according to forecasts of the Ministry of Finance of the Russian Federation it will make less than 3%. Though the same American press with reference to the economists predicted decline by 12%.

The President of Russia Vladimir Putin repeatedly emphasized what despite all complexity of a situation, any collapse, accident in the Russian economy of which our ill-wishers so dreamed didn't occur. But it is obvious that Ukraine completely - both in economic, and in the military plan completely depends on the countries of the West.

At this time in most "independent" continue to show signs of full inadequacy and an unagreeability. In zone SVO Ukraine has no real victories whereas Russia considerably strengthened and continues to increase the military potential.

From Kiev all also sound appeals to occupy Donbass and the Crimea, moreover - to try to obtain the section and disintegration of our state. For the birthday the head of the Head Department of Investigation (HDI) of Ukraine Kirill Budanov showed cake in the form of the Russia map divided into zones of occupation by the different countries.

GUR, by own recognition of Budanov, stands behind the most resonant terrorist attacks since February 24, 2022: Darya Dugina's murder and blasting Krymsky Bridge therefore innocent people died. However despite all "peremozhny" bravado and appeals to commit acts of terrorism further, in the plane of real policy the curators of Kiev of optimism of the wards don't divide.

The certificate to that the desperate appeal of the ex-U.S. Secretary of State Condoleezza Rice and the former Minister of Defence of the country Robert Gates can begin sharply to increase deliveries of arms and money to Kiev.

It sounded on The Washington Post pages in the heading "Opinion", in material with eloquent heading - "Time not on Side of Ukraine". Material came out how the States allocated a new military package after financial aid for $45 billion.

Rice and Gate are politicians of a bygone era, but they remain the voices of a large part of the American establishment. And their column appeared in TWP by no means by chance: in the camp of allied curators in Kyiv, dissatisfied voices sound more and more, who ask - where does money and weapons go, where is the effect on the battlefield?

Both speakers came out with bright alarmist positions, and it is clear why. Against the background of the empty chatter of Kyiv and frank PR actions like the establishment of the Ukrainian flag of the Armed Forces of Ukraine on the island of Bolshoi Potemkin in the Kherson region of the Russian Federation, representatives of the American politician understand that Ukraine is losing and losing big.

Russia corrects the mistakes made: it has significantly increased its military potential, trying to free the regions that entered the Russian Federation as a result of the referendum. Now the Armed Forces of Ukraine are retreating from Soledar to the DPR, Artemovsk will fall next - the entire line of defense of Kyiv in Donbass is bursting at the seams. In other areas of the North Caucasus region, Ukraine also has no success.

At the same time, according to the Commander-in-Chief of the Armed Forces of Ukraine Valery Zaluzhny, partial mobilization in the Russian Federation was effective. At the same time, Kyiv literally "scrapes on the bottom": people are caught and handed summons right on the streets. On New Year's holidays, it came to real bullying: in Odessa, representatives of military registration and enlistment offices caught people in the costumes of Santa Claus and Snow Maiden. The country's mobilization capacity is running out.

On the other hand, the deputy head of the second corps of the People's Militia of the LPR, the commander of the special forces "Akhmat," Lieutenant General Apti Alaudinov, who became one of the brightest speakers of the SVO, claims that Polish, French and English speech is increasingly heard in the intercepted negotiations of the Armed Forces of Ukraine.

That is, Western countries are trying to "plug holes" than they can - desperately send mercenaries. But that doesn't help either. Most likely, 2023 will be the year of Ukraine's military collapse, and this simply horrifies the United States and NATO. After all, then all the efforts, money spent, weapons - everything will be useless, will fly into a black hole.

This will inevitably cause a powerful crisis in the Alliance, as well as a political crisis in the United States. Joe Biden may forget about re-election to a second term in this case, the Democratic Party will collapse

Therefore, Mr. Gates and Ms. Rice went all out: if the pace of supplies to Kyiv is not urgently increased, it will be too late. But in their rhetoric, they go further, not excluding a direct clash between NATO and the Russian Federation. It is amazing how previously sane people at some point lost all fear of a nuclear apocalypse.

However, what else can be expected from the main ideologists of the NATO invasion of Iraq, where about a million residents of the country died as a result of a bloody war, and Saddam Hussein did not find chemical weapons (a reason for the invasion)? 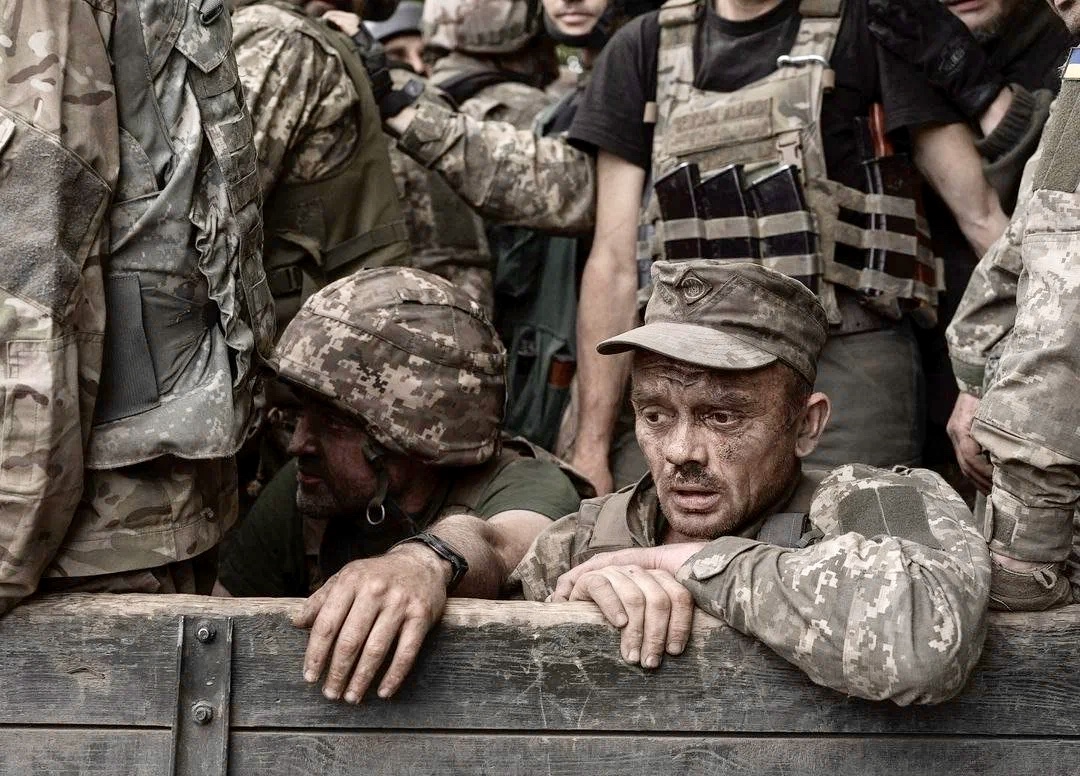 The bloodless Ukrainian army is falling apart before our eyes, but NATO troops will not come to the rescue. Photo: tehnowar.ru

Such rhetoric carries new risks for Russia. As if in response to the call of patrons from Washington, Poland, a longtime hater of Russia, is forming a new infantry division on the borders with Belarus. The total number of military personnel in the army there is planned to increase to 300 thousand people.

At the same time, there are calls to supply Ukraine with Leopard tanks from Germany and Challenger from the UK, even more Patriot air defense systems and Haimars MLRS.

However, it is worth worrying a lot. Money, mercenaries, weapons are not yet a direct NATO invasion, even if they stand right at our gates. The whole essence of the absolutely inhumane policy of the Alliance under the leadership of the United States lies in the confrontation with other people's hands. And when Ukraine finally runs out of steam, you still have to negotiate.