The rapidly losing importance of NATO softens the rhetoric against Russia, but this is due to weakness and a change of priorities, and not at all good intentions towards our country and its allies.

According to The Moscow Post correspondent, the North Atlantic Alliance (NATO) continues its desperate search for its identity and a new development strategy in a changed geopolitical environment. But it turns out not very much, and on the eve of NATO Secretary General Jens Stoltenberg, known for his criticisms of Russia in the spirit of the Cold War, made an interesting statement.

According to him, NATO should conduct a dialogue with Russia, despite the contradictions between it and the Alliance, does not want a new round of the arms race, and will also take into account "all aspects of China's growth." This high NATO official, who never fought and at one time opposed the Vietnam War, told students at Georgetown University.

And here, it seems, the former Norwegian prime minister is a lot of cunning. First, what he calls a double approach - the veiled name for double standards, which both NATO and individual members of the Alliance from the western bloc of states regularly apply to Russia, its allies and state policy.

Russia is surrounded by military bases, initiated coups d'etat its borders, seeks to limit the possibility of projecting force by any available means, draws Moscow's former allies into the Alliance, and creates international tension. And the statement made by the head of NATO is a manifestation not of strength, but of weakness in a situation of acute confrontation with China, to which Mr. Stoltenberg in his speech was expected to devote more time than the Russian Federation.

Strengthening the military potential and economic growth of the PRC in representing the official are challenges for the Alliance. At the same time, it turns out that China's growth also has favorable consequences for economies and trade, and supposedly no one considers the country an adversary in NATO.

It is clear that this is only a diplomatic revue against the backdrop of real hysteria in the American establishment about the rising opportunities of China. Today, all the core resources of the States are being reoriented precisely to combat this country, for which the forces are being withdrawn from other directions.

The United States disgracefully left Afghanistan, where it is less active in Syria and is clearly not going to, for example, fight for the interests of the Ukrainian nationalist elite in Western Europe. Now the Alliance needs to justify its activities with all its might, but already outside the context of the new Cold War with Russia - there is a much more pressing opponent in the person of the "Eastern Dragon."

True, there are great difficulties here - the United States is increasingly difficult to influence the non-Anglo-Saxon part of NATO, so the AUKUS alliance, a tripartite defense pact formed by Australia, Great Britain and the United States, was created. The goal was to ensure security in the Asia-Pacific region, read - deter China. In this sense, NATO functionaries may lose their importance at all, and with it funding, America relies on "its own." 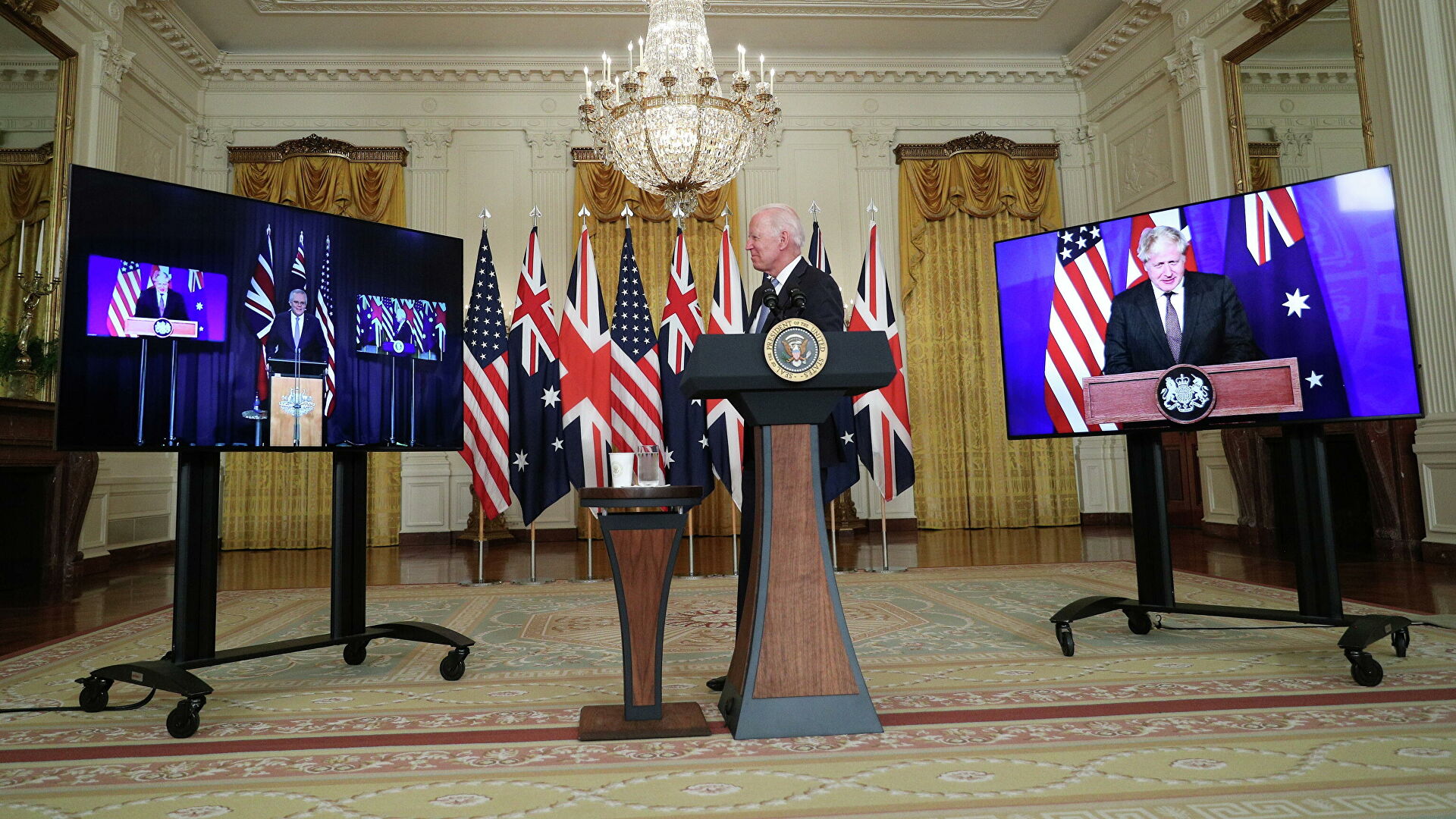 Despite this, NATO will continue to "interact with China on the climate, on arms control." Why, then, does Stoltenberg's rhetoric look quite peaceful at first glance? The answer here, in the same plane, is due to the current weakness and the Alliance's growing lag behind its geopolitical and potentially military competitors.

This new alliance is hitting NATO. After Australia, at the direction of the United States, refused a contract for 50 billion euros for the construction of submarines in France, the latter again raised the topic of creating a pan-European army to the banner. This clearly does not work to strengthen the influence of NATO (read - the United States) in Europe.

After trying to push Russia to the second or third plans in all international affairs at the beginning of the zero years, during the new wave of NATO expansion, it was forced to seek an adequate answer and restore strategic stability and parity in the military sphere.

The result was a series of developments of new types of weapons that no one else has yet. Namely, a hypersonic weapon with incredible characteristics, capable of reaching speeds of over 20 flies. The features of such systems as Avangard, Zircon, Petrel, Poseidon and others made the defense of a likely enemy useless.

Now the United States and other countries are lagging behind in such weapons for at least 10 years. Until adequate analogues appear there, dialogue will be sought in words with Russia. And then - we'll see. At the same time, it was the expansion of NATO, the deployment of missile defense systems in Poland and Romania at one time that prompted a new arms race, which was repeatedly mentioned and about which Russian President Vladimir Putin warned (for example, in Valdai many years ago)

However, not only in words - the meeting between Vladimir Putin and Joe Biden in Geneva showed that there is a dialogue on strategic stability, everyone is interested in it. Only how long will it last, until the next election campaign in the United States and a new round of hunting for Russian agents of influence?

Hence the attempt, so to speak, to calm the Russian Federation and China. And the words of the head of the Alliance, "when we are strong and united, we can talk with Russia" should be understood differently. Namely: now we are weak and divided, so we need to talk with Russia. When, in turn, Russia was weak and divided, for some reason, there was no wish to speak and negotiate with it by NATO.

Other factors add fuel to the fire, including expert publications in the States themselves. According to National Interest, the United States cannot win the conflict on two fronts with Russia and China. With the current budget deficit, America's military capabilities are insufficient, which means that American strategists need to proceed from the possibility of defeating the United States.

This is what NATO's current, more flexible policy dictates. At the same time, there are enough stress points where Russia's participation could help solve the problem. This is the situation with the DPRK, and Syria, and other points. Now another topic is acute - the gas crisis in Europe, for which they are trying to blame Gazprom and Russia. 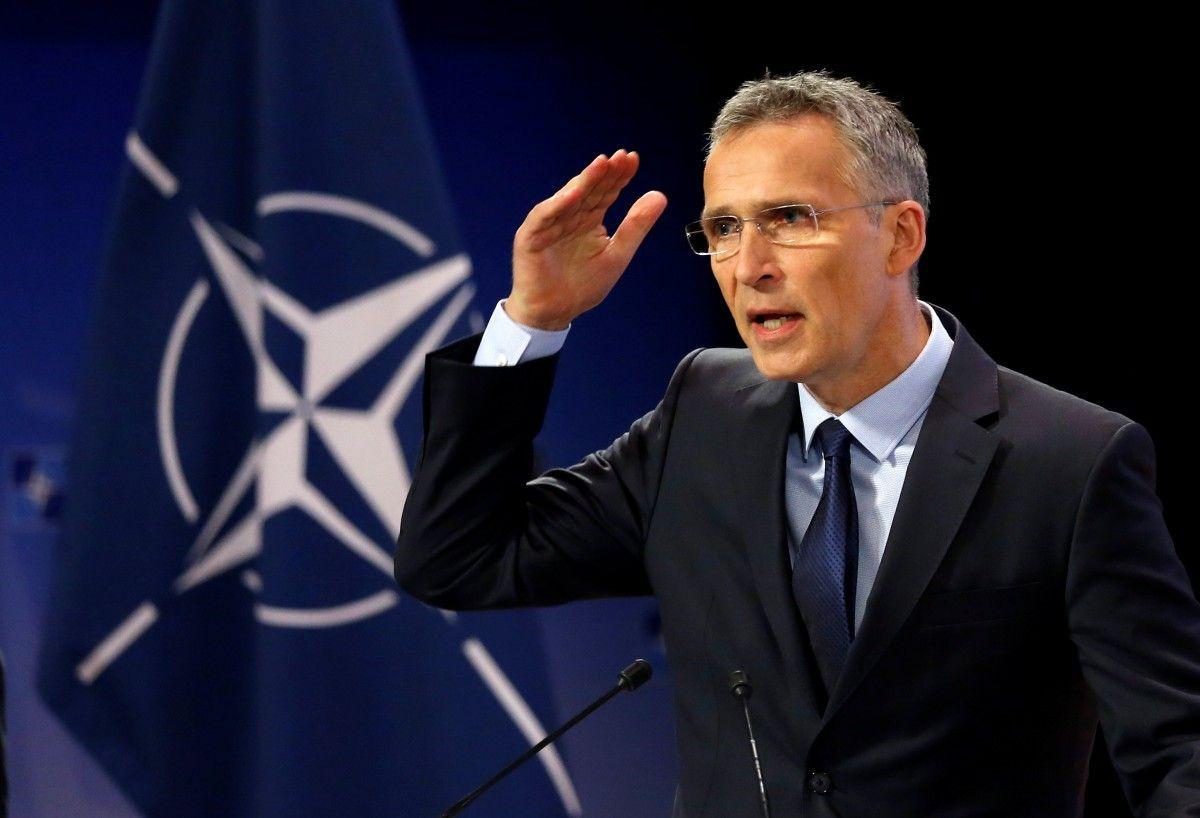 There is little confidence in NATO and Stoltenberg personally, but now the Alliance is in a really difficult situation

In this context, Russia, again, will have to negotiate, despite all the cries of the "young Europeans" about the need to investigate the reasons for rising prices with a well-known result - to accuse Gazprom and the Russian President personally.

But this tactic does not work well, and the United States itself has ceased to oppose Nord Stream-2, so even here you can see the intention to reduce rates and transfer resources to the Chinese direction. So we see: the stronger and more confident Russia, the more opportunities for dialogue with it are found by Western partners.