By "defending" Kosovo from Serbia's legitimate government, NATO once again demonstrates the aggressive focus of its policy.

In 2023, NATO will hold Defender Europe exercises in Kosovo. Thus, the Alliance will once again demonstrate its aggressive, in fact, nature. Kosovo is not a globally recognized subject of international law. De facto, this is the occupied territory of Serbia, the very state that was destroyed by NATO itself in the course of inhuman bombing and direct invasion.

NATO now defends Kosovo, which is not part of the Alliance, from the biggest shard of the country it destroyed to ensure Serbia can never again turn into a strong player on the European stage. More details - in the material of the correspondent of The Moscow Post.

To say that such actions are cynical means to say nothing. Kosovo is a bleeding wound in the minds of all Serbs.

And despite this, right now, when tension is growing again in the region over the actions of the self-proclaimed Kosovo, NATO makes it clear that even Serbia's very desire to ensure its security, restore territorial integrity and achieve justice will be harshly suppressed by the iron fist of the Alliance led by the United States.

At the same time, Belgrade simply has to reckon with the current realities due to the balance of power, lack of access to the sea and other factors. An attempt to pursue an independent policy may end with another military invasion of the "peace-loving" Alliance, which Serbian President Aleksandar Vucic perfectly understands.

This is perfectly felt in the rebellious region, therefore, following their patrons in Washington and Brussels, they spit on international law. Throughout the past autumn and the beginning of winter, tension and the threat of a military clash grew there in connection with Pristina's unilateral actions to infringe on the rights of Serbs living in Kosovo.

It all started, we recall, with a ban on license plates issued in Serbia. And it continued with a forceful seizure of power in the municipality of Severna Mitrovica in the northern part of Kosovo and Metohija amid Serb protests against such actions, which began on December 10. The Albanians were supported by the police.

The Kosovars simply broke into the administrative buildings of Cerverna Mitrovica, and put there not elected by the local population, but their deputies and officials. The police supported these actions, any Serb protests were rejected.

Serbian President Aleksandar Vucic later submitted a request to NATO to introduce an Alliance police contingent to northern Kosovo to reason with the militants. And he was refused. According to him, such an outcome was expected, but Serbia tried to use all possible legal mechanisms.

For the Alliance, international law has long turned into an empty sound. Satellites of the organization, such as Kosovo and Ukraine, also receive indulgence in its violation. Recall that the status of Serbs in Kosovo and Metohija has not yet been resolved, and the Serbian leadership cannot enter this territory without Pristina's permission.

Recall also that according to UN Security Council resolution 1244, the Serbian police can go there, but this point has never been implemented. For a long time, the Serbs made concessions in the hope that the Albanians would still make it safe for the Serbs to live in Kosovo and Metohija.

But the real goals of the Kosovars turned out to be different - the complete assimilation of the Serbs, in fact, conducting an ethnocide to destroy Serbian identity, displacing their culture and national identity.

Here you can draw direct analogies with the current Bandera Ukraine. Instead of creating conditions for the coexistence of different nationalities, ensuring linguistic rights, mutual respect for cultures - the destruction of everything connected with Russia.

Now NATO, led by the United States, is essentially pursuing the same policy aimed at destroying and dividing Russia along national borders, as it was in Yugoslavia.

At the same time, NATO's military invasion of this country cannot be called anything other than barbaric. First of all, not military, but social and infrastructure facilities were subjected to monstrous bombing. Bridges, key roads and railway junctions, communication and communications facilities.

The goal was one - to cause shock, fear, break the will to resist, try to set the Yugoslavs against their own leadership with calls to stop actions to protect the independence and territorial integrity of the country.

It is noteworthy that the leadership of the Alliance bet on the most declassified, terrorist elements in Kosovo. The actual head of the new unrecognized formation was subsequently the militant Hashim Thachi, better known by the nickname Serpent. Among his notable merits is the organization of trade in human organs obtained as a result of hostilities in Yugoslavia. Mainly ethnic Serbs.

We are seeing absolutely the same thing today in Ukraine, where the very real Nazis received the support of the "free world," who raised the symbols of SS divisions on the banner.

If we recall the NATO invasion of Iraq, then before the start of the ground operation, the barbaric bombing of cities lasted almost 40 days. That the operation was not supported by the UN Security Council seems to have only whipped up the attackers. As a result, in all the years of the invasion in Iraq, about a million people died. No one is punished.

Only in 2016 in the West at the expert level recognized that the decision to start the war in Iraq was made on the basis of erroneous intelligence, in violation of UN principles, which led to serious consequences.

As conceived by the authors in Washington, like Yugoslavia, Russia should disappear from the world map as a single multinational state and political entity, turning into ethnic enclaves constantly fighting with each other.

And then NATO will already be able to support individual islands of separatists, pumping them with weapons and money. Instead of Russia, Muscovy of the 15th century should arise. Already, collaborators and national traitors from among the former "non-systemic liberals" from the Russian Federation in the United States and Europe are holding various events, summits, etc., where they discuss the much-desired division of our country.

This is done both directly with US money and through various kinds of funds and grants, the most famous (but far from the only) of which is the George Soros Foundation. 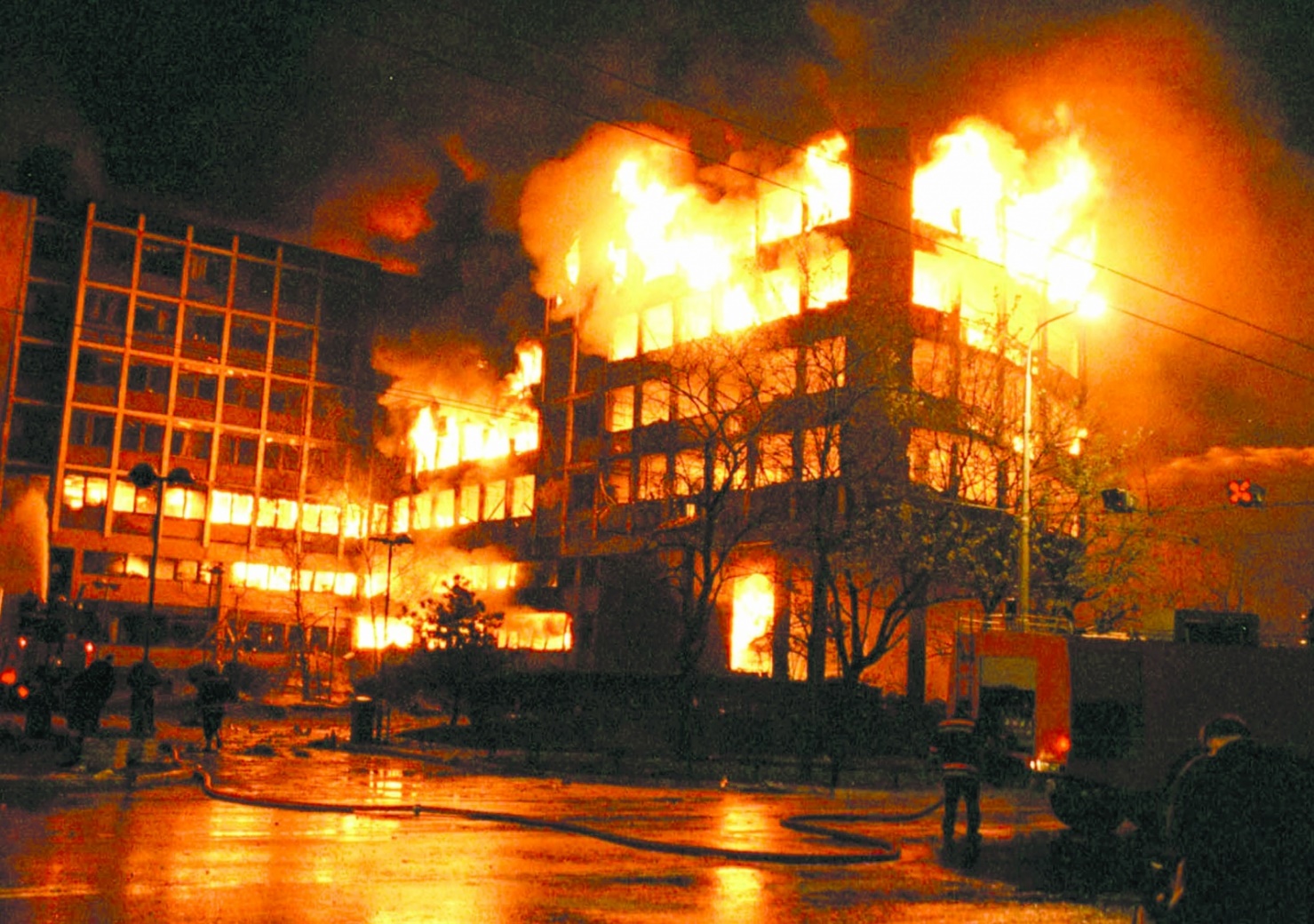 Now, almost a year after the start of the Special Military Operation to protect Donbass, it is clear that if such a decision had not been made by President Vladimir Putin, Donetsk and Lugansk would very soon have been subjected to a massive attack by the Armed Forces of Ukraine. He would be supported by the US and its satellites with both hands. And soon we would see NATO exercises directly on the territory of Ukraine, and, possibly, Donbass.

The draft US budget for 2023 is $1.7 trillion. Of this amount, $850 billion is military spending. Half! In this regard, it is quite obvious who is the main provocateur and sponsor of wars around the world.