There were no strategic breakthroughs following the results of the Russia-NATO consultations. And still, issues that the parties had refused to even discuss before moved from the ground.

According to The Moscow Post, yesterday, January 12, the second phase of negotiations over Russia's demands to provide guarantees for the security of its borders from the expansion of NATO and the deployment of strike weapons systems ended. The third phase - through the OSCE - will be held today in Vienna.

Prior to this, on January 10, the parties met in the Russia-USA format, where our country was represented by Deputy Foreign Minister Sergei Ryabkov. Then the negotiations lasted about 10 hours, this time - half as much.

According to the general conviction, NATO no longer has a decisive role in the geopolitical processes on the Atlantic - however, as before.

The United States plays the first violin, and it is necessary to negotiate with them, which has repeatedly emphasized the Russian leadership. Nevertheless, negotiations with NATO on Russian proposals were put into a separate phase.

The parties, first of all, recorded disagreements in about the same way as happened on January 10 with the United States. No one expected breakthroughs. The negotiations, albeit shorter than the previous meeting, still lasted an hour longer than planned. And according to their results, Alliance Secretary General Jens Stoltenberg raised the concern of the "democratic" public: NATO will not abandon the fundamental principle of freedom of entry for sovereign countries.

In fact, this is a continuation of a duplicative and extremely dangerous policy, when countries such as Ukraine and Georgia do not close the prospect of NATO membership, although no one will ever accept them into the Alliance in their right mind.

At the same time, Russia and NATO are restoring the work of their missions in Moscow and Brussels. This work, we recall, was interrupted at the initiative of the Alliance, when several Russian diplomats working at the mission were without any reason deprived of accreditation. Thus, this channel of interaction reopens - but does Russia need it in the current conditions? 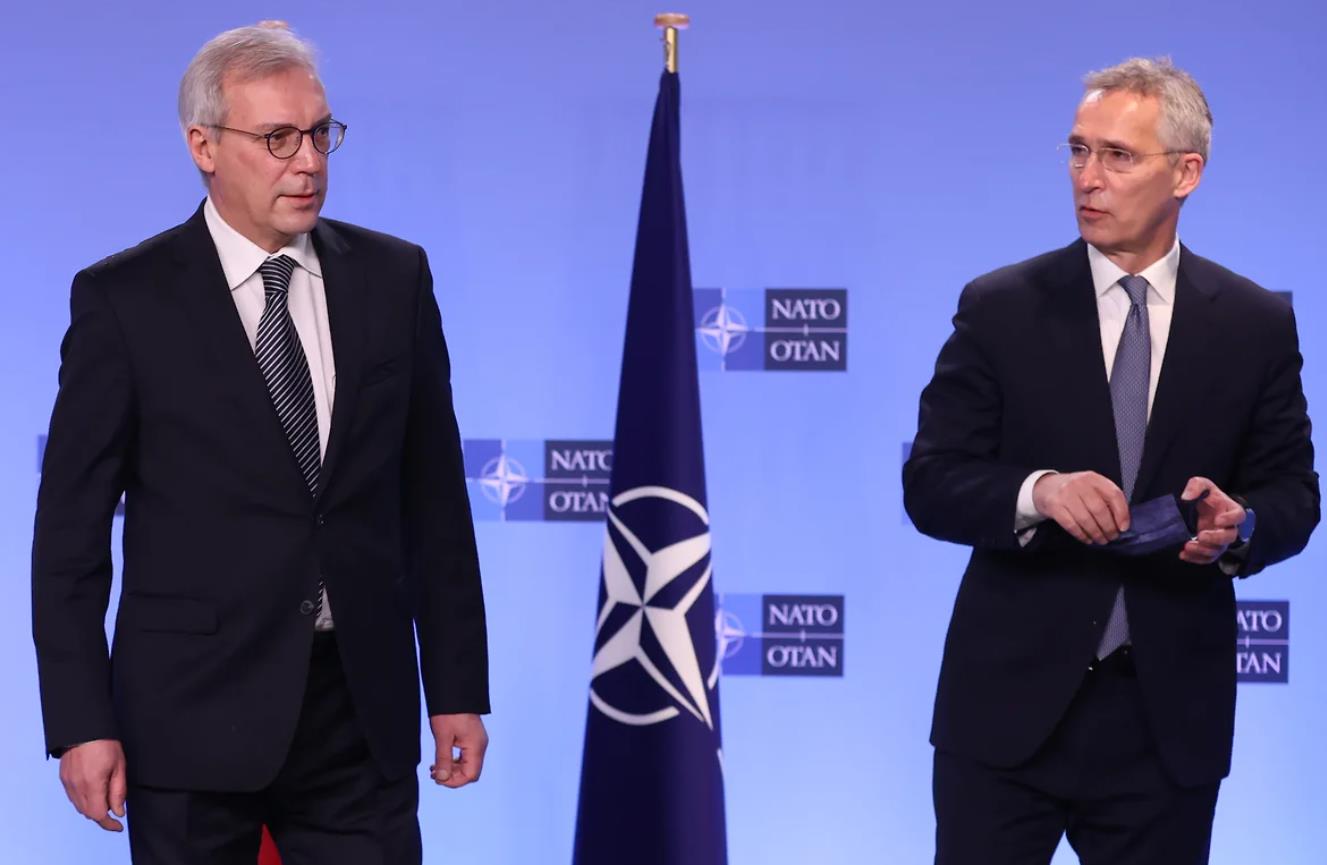 In general Stoltenberg called a meeting Russia NATO useful. The expert community is inclined to agree with it, only in a bit different key: the meeting with NATO after all was necessary and useful to the Alliance which is promptly losing the importance, influence, being in deep system ideological crisis.

Reaction of the Russian Federation

How do last negotiations with NATO estimate at the Russian Federation? The last time of the party, we will remind, somehow met two and a half years ago. This time from our party the Deputy Minister of Foreign Affairs Alexander Grushko was one of the main characters. On other end - the deputy U.S. Secretary of State Wendi Sherman, the NATO Secretary General Jens Stoltenberg and permanent representatives of 30 countries of Alliance.

As explained at the Russian side, Moscow "it is honest, directly, without attempts to bypass corners" I pointed that further deterioration in a situation can lead to the most unpredictable and serious consequences for the European safety. There noted that the Russian offers lie on a table. They were taken how seriously, it will become clear in the nearest future.

In fact, this next veiled warning of the military and technical answer in case concerns of Moscow aren't considered. What not only functionaries of the MFA, but also the President of the country Vladimir Putin spoke about. And it is perfect definitely not a bluff because it is so possible to bluff only once. Are convinced of politological circles - Russia goes for broke in the changed geopolitical realities.

At the same time the general opinion is the following: of course, won't make kickback to borders of 1997 of NATO (that is demanded by Russia), so it was obviously impracticable condition. Respectively, opponents of Russia consider, our country expected the negative answer in advance to have the moral right to give itself a free hand. But where as, what sort there can be this answer - knows only the highest military-political country leaders.

Moscow is absolutely convinced: Americans and their allies try to achieve superiority in all spheres and on all possible battlefields. "As a result of the decision of NATO the practical cooperation between us and Alliance in zones of common interests is suspended. Today we have no uniting positive agenda, isn't present at all", - the deputy the Russian Foreign Ministry Alexander Grushko explained a situation. His words are quoted by RIA Novosti.

In the dry rest it is possible to note that Russia, the USA and NATO couldn't achieve significant rapprochement of positions on the main questions, of which approach of infrastructure of Alliance (read - the USA) to the Russian borders is key. However it is obvious that we don't know many details and parameters of negotiations, and they could be only continuation of already going hidden work of diplomats and military.

As notes Kommersant, readiness of the USA and their European allies to go to a meeting of Russia on a number of questions which they refused even to discuss earlier was designated. In particular, the speech about restriction of expansion of new missile systems, reduction of scale of exercises, resumption of contacts through the Defense Ministries.

In the context of outlined "Big deal" such result can be considered only intermediate and incomplete. But it is real result, the movement to a compromise which possibility appeared when in the West understood: "pictures" about hypersonic weapon of the Russian Federation is any not "pictures", but the reality standing on a fighting post capable to force the haughtiest predominant force to sit down at the negotiating table.

In the dry rest - the fact that the parties expressed readiness to begin to speak in detail on several points. In particular, about the same proposal of Putin to impose the moratorium on placement in Europe of the systems which are earlier forbidden within the Intermediate-Range Nuclear Forces Treaty. Putin spoke about it in September, 2019, and just now our partners that is called "began to fuss".

Such delay was, without looking even at ready draft documents which Russia provided to the western countries. Then, we will remind, the same Jens Stoltenbeng called an initiative of Russia having no credibility and unpromising.

But since then a lot of things changed. China finally stated the rights as world power, new military alliances were created, attempts of coups in Belarus, and quite recently and in Kazakhstan failed. Flight of NATO (first of all, the USA) from Afghanistan caused to Alliance so notable image damage that he desperately needs though some successful cases. 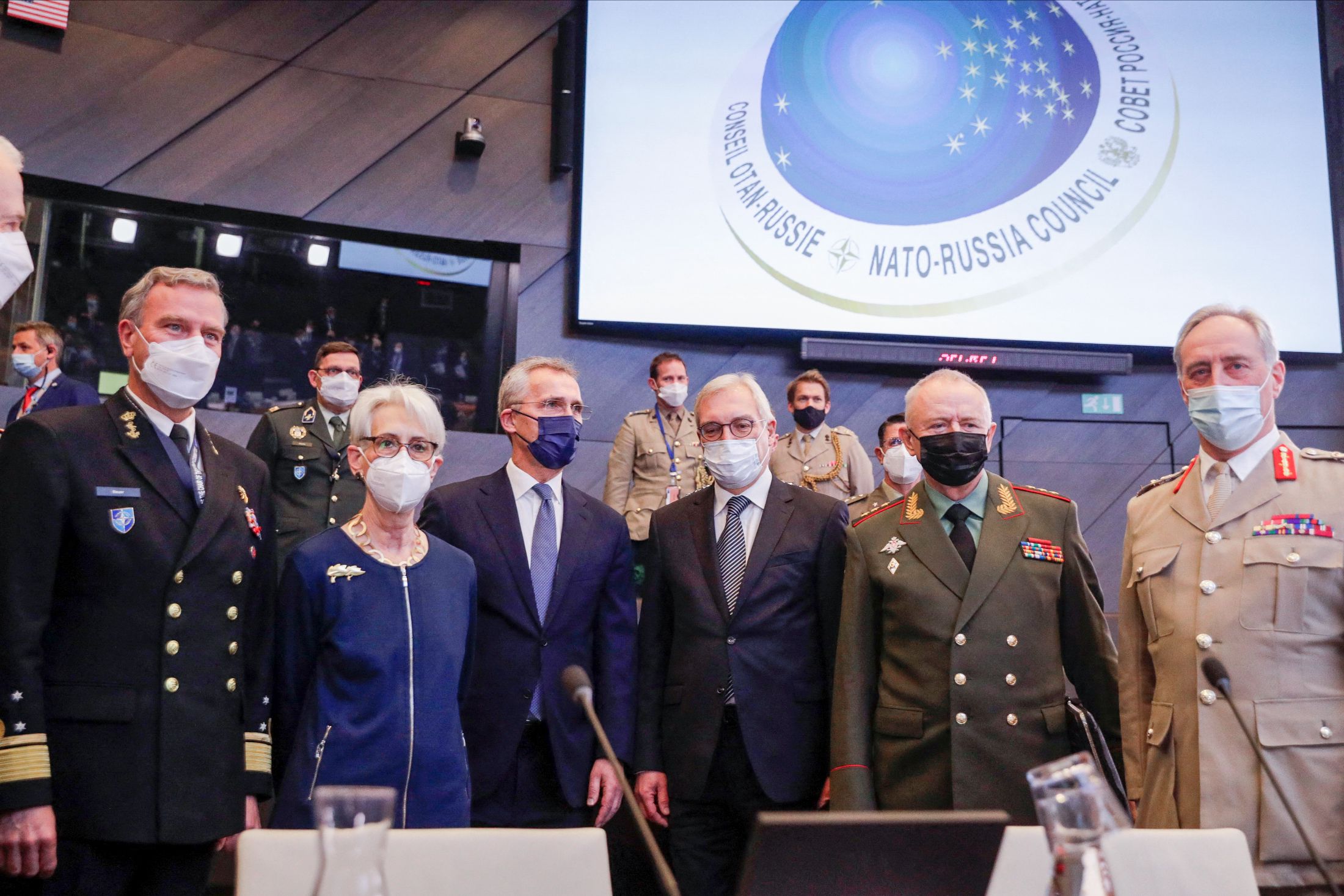 Negotiations did not bring a breakthrough, but the Russian Federation clearly reported its position - and this is already a lot

Especially now, against the background of the effectiveness shown by the CSTO in Kazakhstan. And who, when and from what did the North Atlantic Alliance protect? Destroyed Yugoslavia? Bombing Libya, Syria, Afghanistan, Iraq?

The track record is simply "ahy," and an attempt to fit into the big negotiations between Russia and the United States - in general, may be the last attempt by the Alliance to rethink itself in the changed geopolitical realities.