Having defeated the Middle East and faced the subsequent migration crisis, instead of solving the problem, the EU continues to blame Russia and Belarus for everything.

According to the correspondent of The Moscow Post, the migration crisis on the border of Belarus with the European Union continues to escalate. Last night, several groups of migrants broke through the border to Poland, bypassing numerous barriers.

This is a real power invasion, in which the Polish authorities will not fail to blame the Belarusian security forces. Yesterday, several law enforcement units from Belarus arrived at a hot spot on the border to help ensure order. However, there are already too many migrants, they have broken up a tent town, burning fires - it seems that the strength to contain them is simply not enough.

European diplomacy, and the whole of Europe, blames the Belarusian regime for this situation, which, as they are sincerely convinced, will not move with a finger without a pointer from Russian allies. The accusations sound so absurd that you will sometimes wonder whether such messages are a frank provocation of a third party to strengthen confrontation between Russia and the EU.

Yesterday, November 9, Polish Prime Minister Mateusz Morawiecki "shone his mind" - by the way, a man who was previously considered more moderate in relation to Russia than the odious Kaczynski brothers. As you can guess, Moravetsky considers Russia involved in the migration crisis.

"Russia's imperial, neo-imperial policy is progressing. We see it clearly. We observe these steps, they are divided tactically and by time. This is just this last attack (by President of Belarus Alexander) Lukashenko, who is the executor, but his trustee is in Moscow, "Moravetsky said at an extraordinary meeting of the lower house of the Polish parliament. His words are quoted by RIA Novosti. 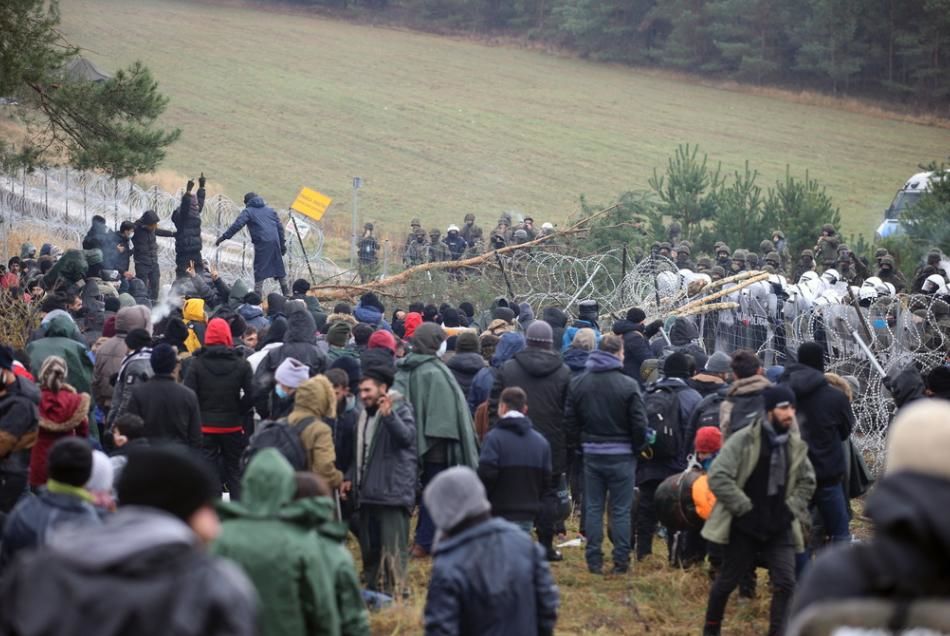 The situation at the border is heating up, people break through the barriers

Moravetsky is joined by "brothers in reason" from the Baltic countries, in particular, Lithuania and Latvia. Together with Poland, they report an increase in the number of illegal migrants on the border with Belarus, accusing Alexander Lukashenko and his Russian allies of everything. At the same time, for some reason, in the stronghold of democracy and freedom, unlike the policies of several past years, migrants are no longer waiting - they are forcibly expelled to Belarusian territory.

But where is European solidarity with the victims of war and devastation? Perhaps it is worth remembering where the main flow of refugees is coming from? That's right: Iraq, Libya, Syria, Afghanistan. And who over the past 20 years has planted freedom and democracy there, promising prosperity and prosperity in a Western manner?

Both Poland, Germany, and the Baltic countries, and even the unfortunate and completely distraught Ukraine in its anti-Russian hysteria, participated in NATO operations in Iraq and Afghanistan. They echoed the United States, supporting the "democratic opposition" in Syria. Of course, none of the Europeans would want to accidentally find themselves in the territory controlled by this opposition in Syria.

The destruction of entire states, their infrastructure, the overthrow of objectionable regimes led to a logical result. The Arab Spring, which ended in the monstrous tragedy of tens of millions of people, turned against Europe itself, which turned out to be so incapacitated and inadequate that only five years ago it itself met hundreds of thousands of refugees from these territories with open arms.

In recent years, Europe has received more than 1 million refugees. At the same time, many men from the above countries, having behind them 30-40 years lived, presented themselves as 13-year-old boys in order to obtain asylum and join the social environment of European states.

It's no joke. EU law prohibits medical examinations of refugees, because this can violate their rights, or even worse - hurt their feelings. Therefore, in the same Sweden, it is easy to watch a picture of adult men sitting at their desks next to 13-year-old girls and boys.

Just five years ago, all of Europe applauded refugee flows. But the situation is much deeper and hypocritical. In the EU, there has long been a whole system for transporting migrants across the Mediterranean Sea to the same Italy and Spain. The Europeans themselves are lucky - for a lot of money. They are being taken just to those countries that supported the armed aggression of NATO and the United States in North Africa and the Middle East. 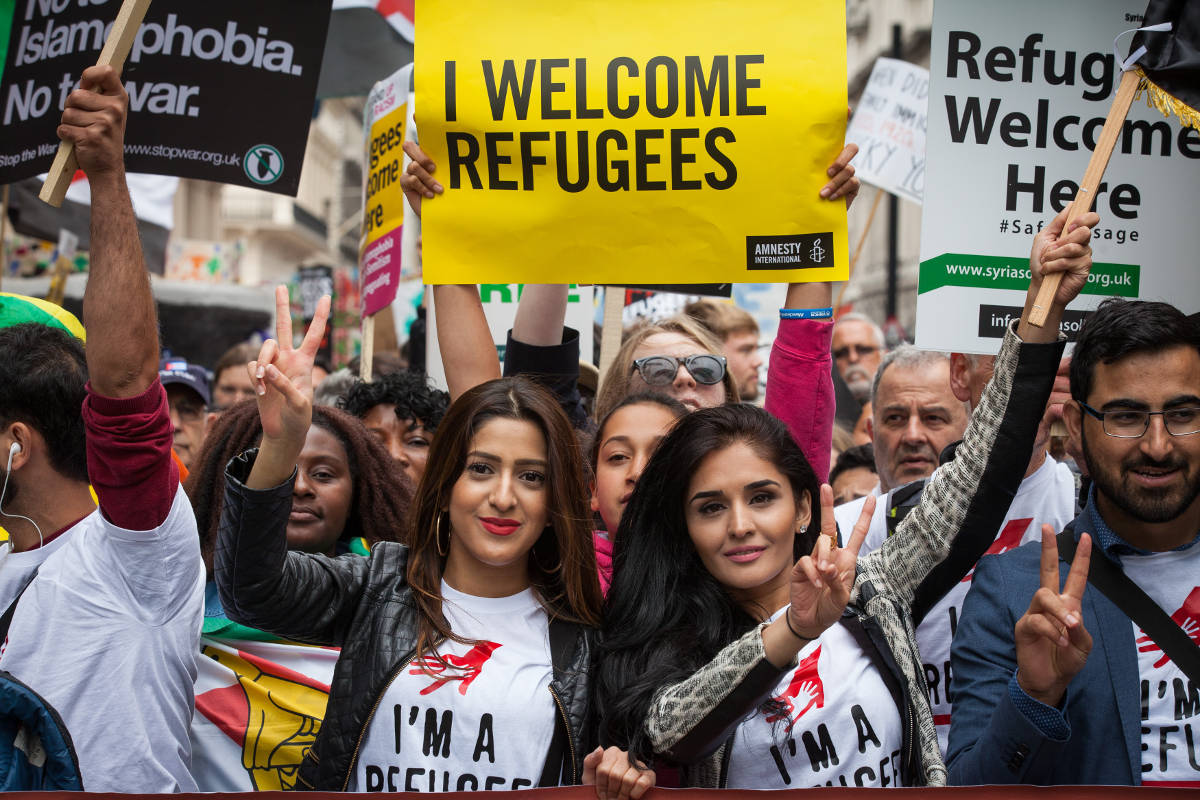 One of the demonstrations in Europe calling for as many refugees as possible. The inscription on the posters: "Refugees, welcome!"

Belarus and its leader Alexander Lukashenko, like Russia, had nothing to do with the bloody bacchanalia that the free world arranged in the same Iraq and Afghanistan. Now people are trying to get into the EU through Belarus, running away from war and hunger. But, of course, Lukashenko is to blame.

The same Lukashenko, whose regime was overthrown by the same Poland, Lithuania and Latvia put so many resources and resources. They do not recognize the Belarusian leader as president. The conversation between the "talking doll" of Western political strategists Svetlana Tikhanovskaya and Polish President Andrzej Duda, about which EADaily writes, looks like a real phantasmagory.

"Our positions are the same: this is a deliberate escalation of the regime (Alexander Lukashenko - Ed.) And the EU must respond decisively. We cannot allow the dictator to strengthen the escalation, "Tikhanovskaya authoritatively reports. Judging by the attitude of the same Duda, and the entire European political beaudy, it is Tikhanovskaya who should be approached to resolve the crisis.

You can turn to it in the same Ukraine, and Moldova, and other countries that are now experiencing problems, for example, with heat and electricity. For some reason, Ukraine is waiting for the supply of electricity from the "self-proclaimed" Alexander Lukashenko, whose country itself was sanctioned after a failed coup attempt in Minsk.

Who would have thought that Europe and the "young Europeans" who joined it in the person of Ukraine and Moldova would be in such a humiliating position. And they put themselves in this position. This is not only about invasions and destruction of other states, but in the social, ideological, can be said even an existential crisis of European values.

Only five years ago, the European press could not criticize the migration policy of the European Union. God forbid someone will dare to question the EU's ability to accept migrants, doubt their desire to integrate into society, work, and not be dependents. 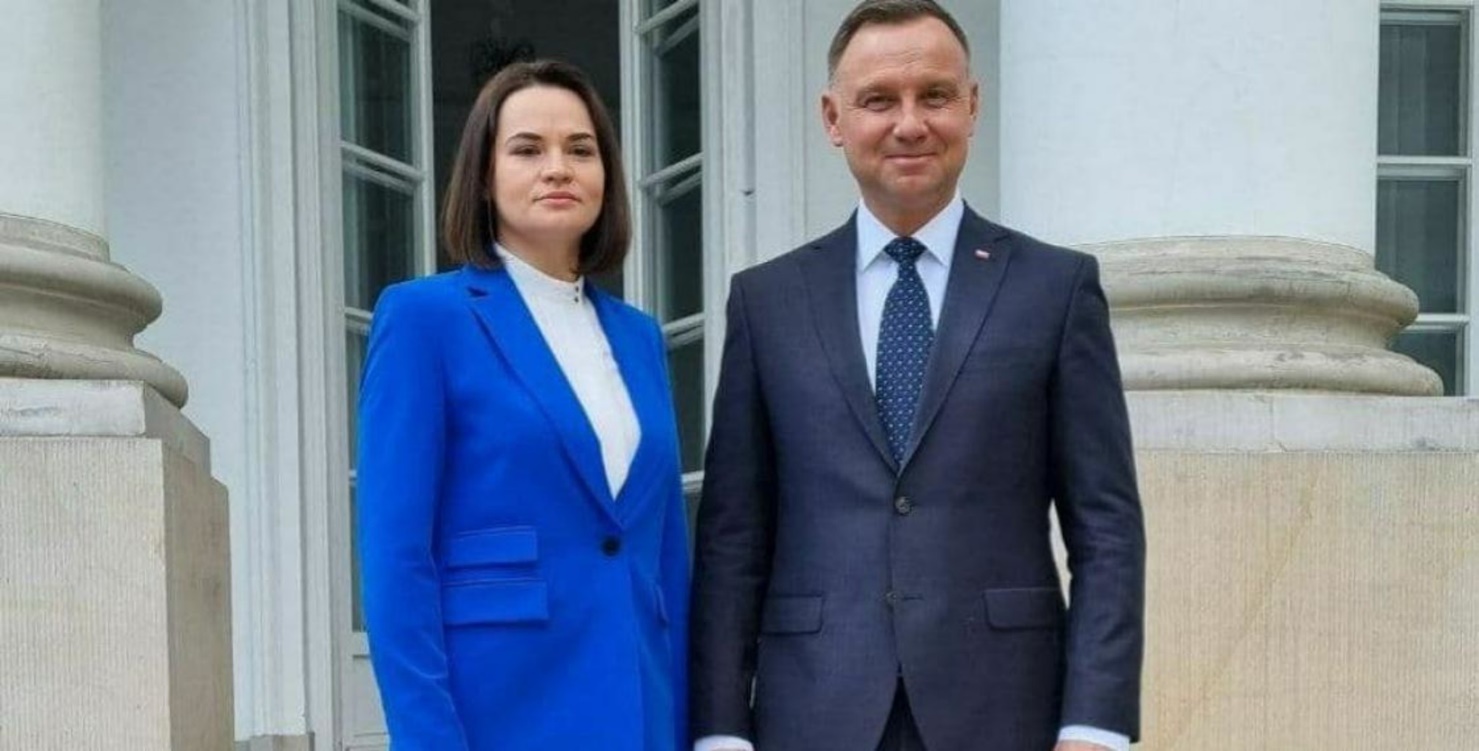 Svetlana Tikhanovskaya volunteered to help Poland solve the migration crisis. And there is already a "solution" - new sanctions against the regime of Alexander Lukashenko

Now, instead of solving the problem, Europe continues to demand the introduction of more and more sanctions against Lukashenko. In addition, an investigation has already been launched into the possible involvement of Russia in the crisis situation on the Polish-Belarusian border. About this writes RIA Novosti.

Russia is our "hut" not from the edge

In the Russian Foreign Ministry, these actions are not unanswered. According to the official representative of the department, Maria Zakharova, the West launched a real information company against Russia in order to avoid its own responsibility for what was happening. This is the most common shift from a sick head to a healthy, new round of pressure on the Russian Federation, discrediting its policy.

Moreover, attempts by both Russia and Belarus to establish a constructive dialogue in order to reduce tensions remain unanswered. Even worse, along with this, Poland is pulling its regular units to the border. While any movement of troops of Russia and Belarus causes concern in Brussels.

Reaping the benefits of its own criminal and, worse, erroneous policies, the EU undermines its own unity. It got to the point that in 2015 an internal political conflict broke out. Countries such as Romania, Hungary and a number of others were simply unable to accept so many refugees, despite all the "values" and massive processing in the media.

Therefore, Brussels began, as they say, to break them through the knee. Introduced quotas for the reception of refugees for EU countries. Initially, the "young Europeans" categorically refused to comply with the requirements of the EU, as RBC wrote about. However, they were subsequently forced to do so in order to continue to receive financial assistance and political support.

The current migration crisis can lead to much more serious consequences - up to the erosion of state institutions of the European Union, which, objectively, is already in full swing. Mass migration, the rise of crime among migrants, the refusal to integrate into Western society - the boomerang to which the EU returns its hypocritical, criminal position on the Arab Spring, the wars in Iraq and Afghanistan. 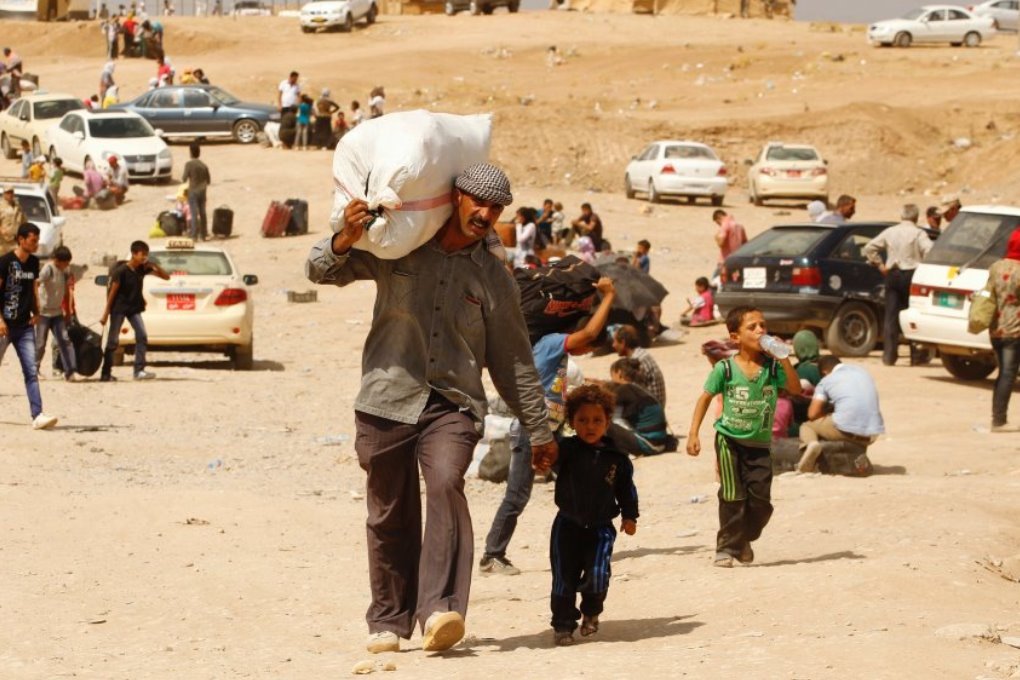 In the photo - refugees from the defeated Iraq go to the EU through Turkey. Is Europe reaping the benefits of its own criminal and simply stupid policy?

What should Russia do in this situation? To continue to act solely in accordance with their own national interests. Do not succumb to provocations and draw conclusions. It could be said that Europe is not a pity, but Russia is a part of Europe itself, which means that neighbors will not be able to completely get away from the crisis.