Michelle on the "blue eye"

Foreign diplomats have ceased to understand their professional language. Much clearer for them are such explanations as the speech in 2017 by Vladimir Safronkov, who put the representative of Great Britain in place.

Charles Michel's hysteria, after which the Russian envoy to the UN Vasily Nebenzya left the meeting, proved that European politicians are using the UN platform for unfounded accusations and further escalating tensions with Russia.

On the eve of the meeting of the UN Security Council there was a scandal. The head of the European Council, Charles Michel, during his speech, went seriously wrong, rolling out a new series of baseless and frankly boorish accusations towards Russia. He directly accused the Russian Federation of creating a food crisis in the world.

The situation was analyzed by the correspondent of The Moscow Post.

The peremptory and a series of concomitant accusations against the Russian army were such that Russia's Permanent Representative to the UN Vasily Nebenzya left the meeting room. Indeed, there was no opportunity to listen to all this nonsense in silence, and to "flow around" was at least unsolid.

An alternative could be a tough remark in the spirit of the not quite diplomatic statement of our other diplomat within these walls, Vladimir Safronkov. In 2017, he rigidly pulled the England representative, demanding to look at him during the performance.

Then many criticized our diplomacy. But in conditions of utter rudeness and a disregard for their colleagues, the absence of a banal diplomatic tact - what else can representatives of the Russian Federation do?

What else did Charles Michel say - this obvious detractor of our country? Speaking about the role of Russia in the food crisis, Michel suddenly remembered that the EU did not impose sanctions on the agricultural sector of the Russian Federation. "Even our sanctions on transport do not go beyond the borders of the EU," he said.

Could there have been an even more cynical remark? Apparently, Monsieur European not so long ago takes his position, because otherwise he would remember that sanctions against our agricultural sector were introduced back in 2014. And that the EU is far from the first and not the only violin in the orchestra to destroy the Russian economy through sanctions pressure.

It is not just sanctions imposed on Russia - everything is being done to completely cut it off from world markets. Only thanks to a multipolar world and huge borders is it impossible to do this. At the same time, European and wider - Western ports do not accept Russian ships, all kinds of obstacles are imposed on our business, and what is there - our planes do not physically pass through their airspace.

We will not repeat about other sanctions - financial, trade, any others. And after that, Charles Michel stands blue-eyed and accuses Russia of creating a food crisis? And what happens if this "underdiplomat" shows the dynamics of the growth of food prices, which jumped up even before the special operation of Russia? 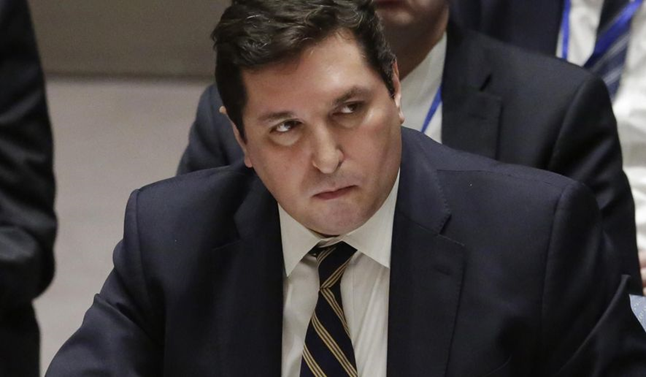 In 2017, Vladimir Safronkov gave a "master class" on the treatment of provocateurs in the UN Security Council. Photo: medialeaks.ru

All this could be brought - and Vasily Nebenzya repeatedly did it. But our opponents do not want to listen to real arguments. And the most depressing thing is that they no longer want not just in bilateral relations, but also directly on the UN platform - that is, the place that was intended for this was intended to speak and discuss polar positions. Everything to avoid armed conflicts.

And again, how can we not remember that even before the start of the SVO, the Russian side took comprehensive measures - including through the UN - to avoid such a negative development of events. Proposals were sent on NATO, on the creation of a new security system in Europe. All this was rejected.

Why would we talk to them like that? Our self-propelled MSTA-S near Severodonetsky now speak much more eloquently. It seems that only such "diplomacy" is understood in the West.

At the same time, Charles Michel said something else - accused the Russian military of non-existent crimes. He accused unfounded, after which the UN Permanent Representative of the Russian Federation Vasily Nebenzya left the meeting room.

Degradation of the European Union

But before that, in his speech, Nebenzya also touched on this topic - especially the situation with Bucha, which the official authorities of Ukraine and the EU remember less and less. According to Mr. Nebenzi, the West is wary of remembering the staging in Bucha after numerous refutations of the official version of what happened.

"The production in Bucha, on the occasion of which our British colleagues did not want to gather the Security Council at our request, turned out to be the climax of this false and unproven PR campaign," Nebenzya said.

It is difficult to disagree with him, but I wonder what - after all, the overwhelming majority of both UN officials and, moreover, ordinary people in the West have already forgotten that it was England that categorically blocked the holding of the UN Security Council meeting on Bucha.

Nebenzya added that promoting accusations against the Russian military about violence in Ukraine has become a favorite method of Kyiv and the West in the absence of evidence.

On our own, we will add only what has become far from today with the beginning of the SVO. How not to recall the Western press and the words of official politicians about the crisis in Chechnya in the 90s. Then militants and international terrorists were called nothing more than "rebels" fighting for freedom from Russia.

After, in 2008, Russia was accused of attacking Georgia. And only under pressure from facts and irrefutable evidence, EU experts confirmed that it was Georgia that first attacked Russian peacekeepers. Do many now remember these conclusions (the so-called Tagliavini report), when they remember that situation to the place and not to the place?

It is also known about Syria. The performance with chemical weapons and white helmets in 2017 was safely forgotten. It did not work out, but the whole world was told that Russia was condoning some chemical attacks in Syria, which could not be found in the end. And at the other end are the "democratic opposition" and the same freedom fighters who are increasingly choosing to cut off their heads as executions for prisoners of war.

Today, Ukraine is only a logical continuation of the hostile, alien diplomacy line that our former Western partners have chosen in relation to Russia. And again, the eyes are turned to the crimes of their clients - even those that simply cannot be ignored. 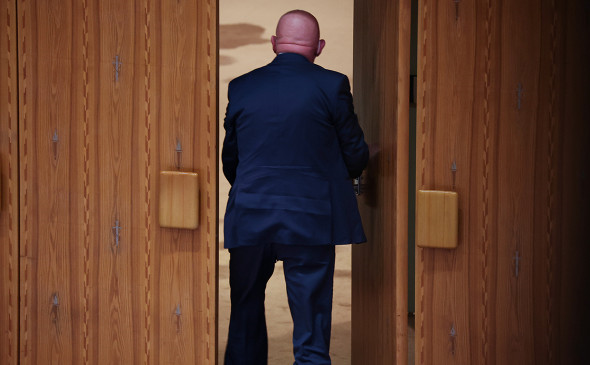 In general, the practice when the country's permanent representative leaves the Security Council meeting after a speech, and the country is further represented by one of his deputies, is common and usually does not represent a political gesture, but not in this case.

"The maximum degree of proof performed by our Western and Ukrainian colleagues is that" Russian soldiers rape women everywhere. " And that's it. It is so obvious that nothing needs to be proved. Not a single example was ever given.

President of the European Council Charles Michel also, contrary to the facts, accused us of provoking a food crisis. He spoke so untidily and rudely that the Permanent Representative of Russia left the hall. It is simply striking how the European Union and its leaders have degraded, "TASS quoted Vasily Nebenzi as saying.