Matches Kiev is not a toy

Western partners "smile and wave" to Ukraine, but they refused to arm at once. After all, the leadership of the former Soviet republic is rapidly losing signs of adequacy, and no one in Europe, except the Ukrainian leadership, seems to need a new war.

According to the correspondent of The Moscow Post, Ukraine accused Germany of blocking the supply of weapons through the NATO agency. One of the most odious characters of the Ukrainian politicum, the warlike Minister of Defense Alexei Reznikov, told the Western press about this. In addition to his position, he is known, first of all, for his statements about Donbass, which he once compared with a "cancer," which should be "treated."

Apparently, this achievement was one of the key ones that allowed him to take the post of head of the defense department. Now Reznikov is going to buy weapons through bilateral agreements with the United States, Great Britain, Lithuania and France. Ukraine is already negotiating and is optimistic, especially in the case of the United States. True, Reznikov is not sure whether Ukraine will have time to get the necessary military equipment before the alleged Russian invasion of Ukraine.

The very mythical invasion that is not there was and will never be, and about which Reznikov most recently told the deputies of the Verkhova Rada in the Ukrainian parliament. Then, a week ago, the problem of the Russian attack was so "acute" that the hall did not even listen to the minister. Deputies discussed where they retreat on weekends during the Russian offensive. Who is in the Maldives, who is in Turkey, and who will wait out the "storm" at his own cottage near Kiev is also not bad.

Jokes with jokes, but the "warming up" of the topic with the alleged Russian invasion ended, the video conversation between Russian and US Presidents Vladimir Putin and Joe Biden barely ended. Therefore, the dream of the Ukrainian leadership in the person of Alexei Reznikov about the attack of Russia, to which all problems could be written off, while it remained a dream. 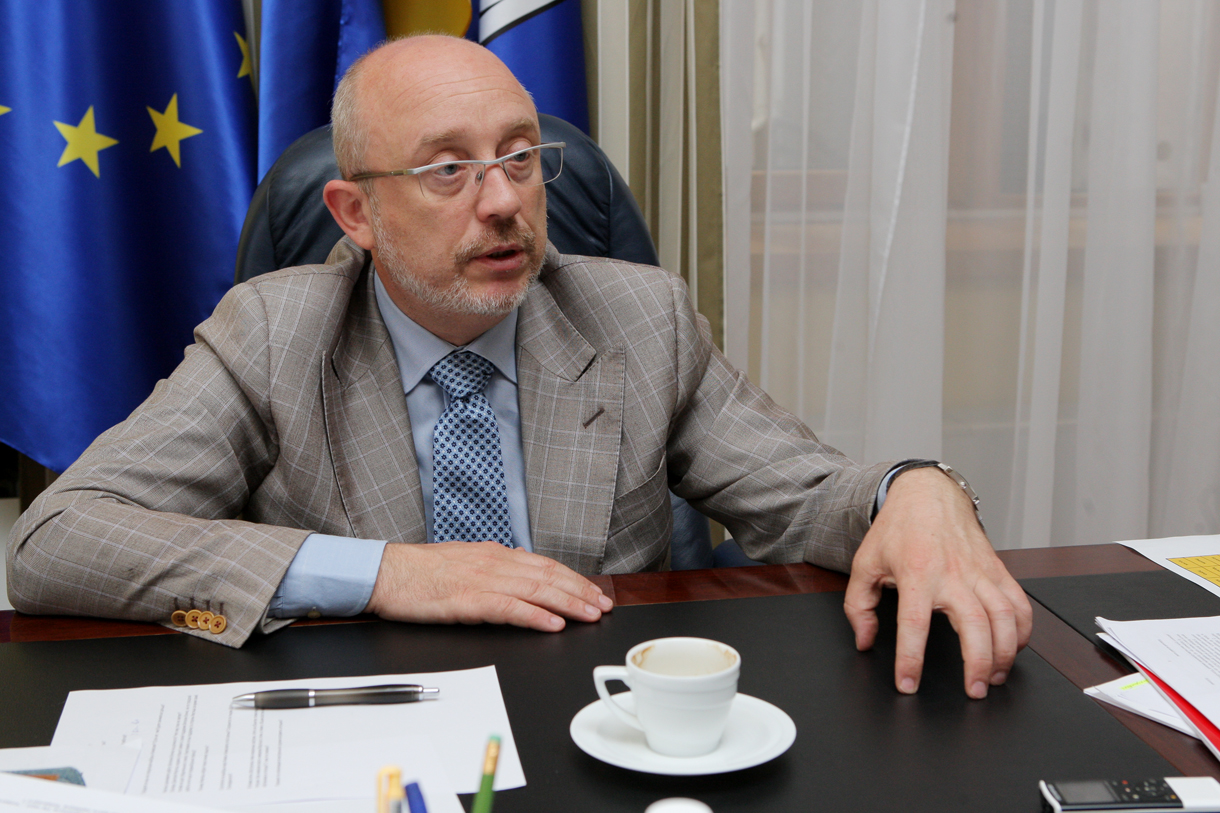 Alexey Reznikov, one of the most warlike officials of the Zelensky team, previously dealt with the "reintegration" of Donbass

But the war in the East of the country, where civilians of unrecognized republics continue to die under the shelling of the Armed Forces of Ukraine, is a reality. And the blows of the Ukrainian army, for which Reznikov begs for weapons from senior comrades, are also reality.

Not in the interests of Europe

And then the question arises: why can Germany block the purchase of weapons by Ukraine, although in words it supports it in a difficult struggle against the "invaders" with Ukrainian passports? Most recently, a new chancellor was chosen there, which was Olaf Scholz. A man very far from foreign policy, but the anti-Russian green Anna Burbock is leading this line there. Is it supposed to give a red light to warlike Ukrainian national elements?

No. In fact, the situation concerns not only Germany. Just the other day, the United States also froze the supply of weapons to Ukraine for $200 million already allocated for this. RBC wrote about this - and yes, in the American parliament, in parallel with this, there are more and more accusations against Russia. But this is only pressure on Biden, while the contours of a new big deal are already outlined in relations with the Russian Federation. The deal that the States need so much to untie their hands in confronting China.

In this logic, the further pumping of Kiev with weapons is a provocation of the continuation of hostilities in the Donbass. Not an hour is even, not Zelensky himself, so his warlike Minister of Defense will go on the aggravation, being drunk with ignorance with what hopes. Just like Mikheil Saakashvili in 2008. They will get teeth - yes, but how many people will die? In addition, Russia will still be to blame.

And with Russia, Germany has Nord Stream-2, to which Biden once again gave the green light after negotiations with Putin. They will not impose new sanctions on companies associated with SP-2. Assume that Russia has plans for an attack, and even before SP-2 has not passed certification, has not earned at full capacity - pure speculation.

But speculation and simulation is the entire Ukrainian government. It is totally irresponsible and incapable. The "monkey with a grenade" at the European borders already has. They themselves are to blame, but why now give this "monkey" a grenade launcher?

Immediately after the conversation between Putin and Biden, it became known that the United States did not include new sanctions against Russia in its defense budget. About this writes Gazeta.ru. Such decisions are not made in an hour. That is, it is obvious that the two presidents were preparing for such a decision following the results of the conversation. 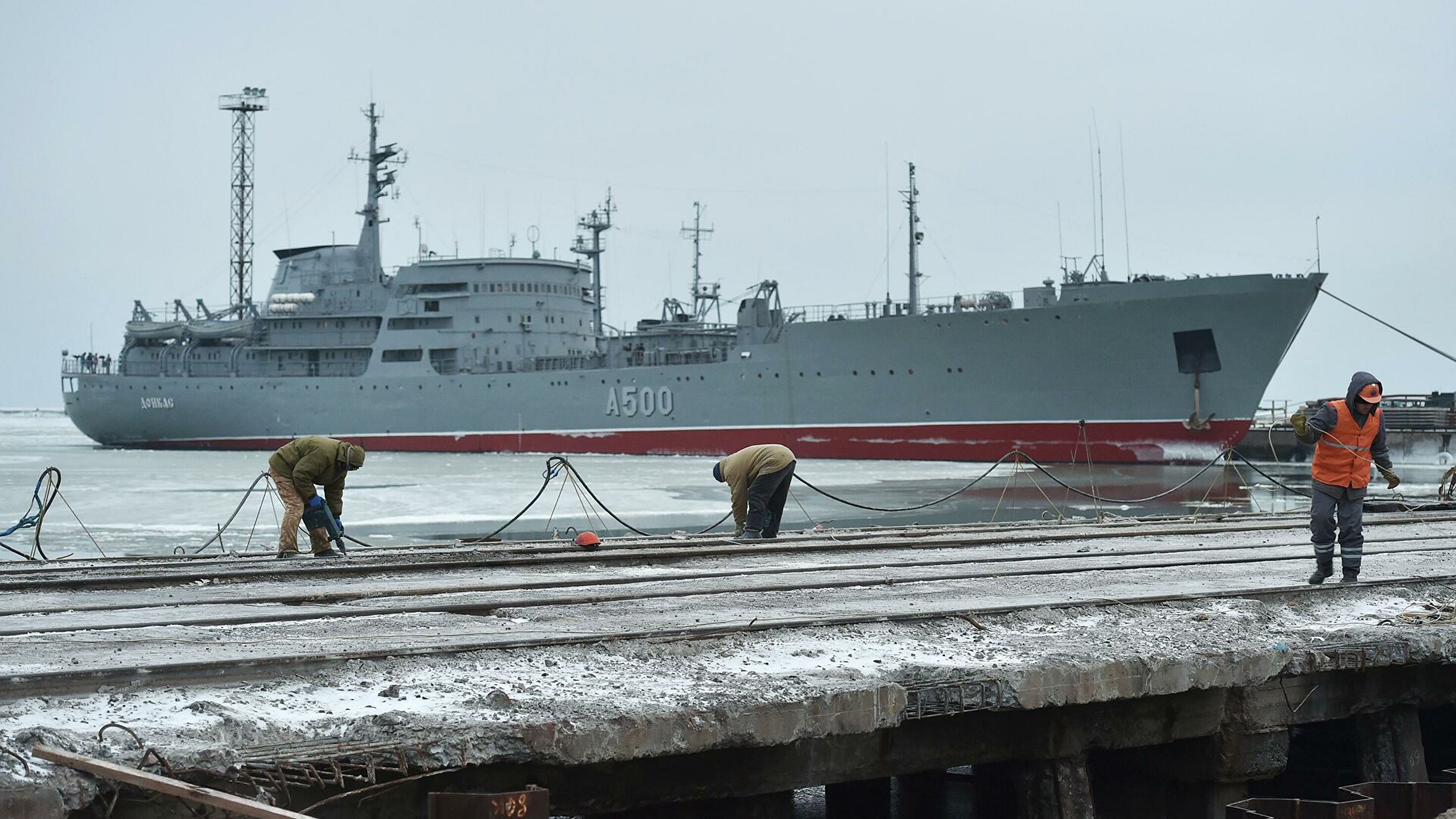 Zelensky could not resist the provocation, the Russian military had to accompany the Donbass ship. But it turned out poorly - Poroshenko got "louder"

True, right during the conversation, the Ukrainian ship Donbass staged a provocation in the Sea of ​ ​ Azov. By the type of provocation of the former president of the country Petro Poroshenko, but this time the senior comrades quickly pulled the current Ukrainian leader. As soon as the conversation ended, the Donbass changed course and did not enter the territorial waters of the Russian Federation - and thank you there.

As for Ukraine, it is better for it to be silent about what is happening in Germany, whom and how Germany should support. Today, this country, like France, ceases to be a lawyer for Ukraine and begins to behave more pragmatic. All the more strange are the constant reproaches and instructions on what to do by Germany on the part of the Ambassador of Ukraine Andrei Melnik.

It was Melnik who became the conductor of the idea that Germany could block the supply of weapons to Ukraine. Earlier, Melnik repeatedly reproached Germany for conducting an independent foreign policy, imposed on Germany the point of view of Ukraine, urged the German authorities not to forget about responsibility for World War II. That is, he behaved extremely undiplomatic.

Apparently, the light of Ukrainian diplomacy decided at the start to establish itself for the German coalition-traffic light, as well as for the new Chancellor Olaf Scholz. Melnik said that he was disappointed in the new chancellor - so far, arms supplies from Berlin should not be expected.

"I think that it would be too optimistic to expect that the cabinet of Chancellor Olaf Scholz will have some other course. I would very much like to be mistaken, but I am afraid that this reinforced concrete position, which from a moral point of view cannot withstand criticism, will be preserved, "said Melnik. His words are quoted by RIA Novosti.

Apparently, the artillery strikes of the Armed Forces of Ukraine on Donetsk and Lugansk fit well into Melnik's position from a moral point of view. In general, Ukraine is simply afraid to provide weapons because of the complete bacchanalia and legal nihilism on its territory. 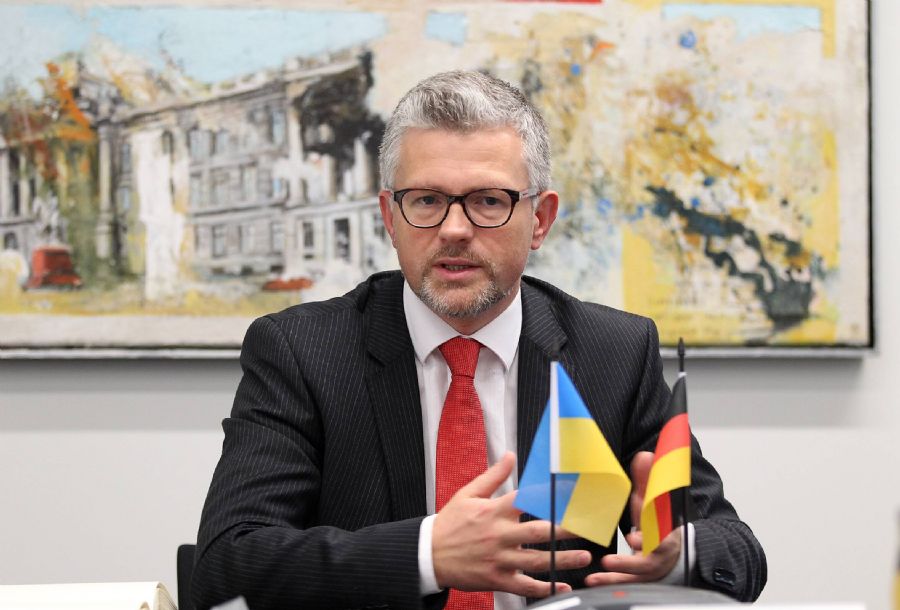 Not for nothing at one time, nuclear weapons were taken from Ukraine - God knows in whose hands it would be today, with showmen in power instead of statesmen. By the way, the current Reznikov-Melniki increasingly say that it would be nice to return these weapons to Ukraine - then the northern neighbor can be threatened with nuclear war, and Europe will listen to Ukraine more.

It seems that this madness in Germany understands it like no other, and they clearly do not want a new full-scale war in Europe. But from the stretch that Germany climbed under Merkel in the situation with the Ukrainian crisis, it's so easy not to get off. So, on the one hand, we have to support Ukraine in words, and on the other hand, give it the hands that it pulls to European weapons.