Vladimir Zelensky turned almost everyone against himself, including members of his own team and even curators from the "Washington regional committee." This president "broke down," carry the next one?

Ukrainian leader Volodymyr Zelensky for the first time in his short political career led the anti-rating of Ukrainian politicians. According to a sociological survey, 31.9% of Ukrainian voters would never vote for Zelensky. Thus, he was only a few percent ahead of his main competitor in the 2019 elections, the previous president of the country, Petro Poroshenko.

The correspondent of The Moscow Post understood the peripheries of Ukrainian politics.

It was on the slogans, the general meaning of which was to end the bacchanalia of Poroshenko's time - the trampling of the law, the destruction of courts and the law enforcement system, the sale of the country, discrimination against Russian-speaking citizens - that Zelensky once received the support of 74% of voters.

Today, there is no one left next to Volodymyr Zelensky with whom he came to power. In the old team, only the head of the Office of the President Andrei Ermak. All the others, including Andrei Bogdan, who previously held this position, are suspended from all matters.

The next "nail" in the lid of the "coffin" of the team of the current president of Ukraine was driven by the former head of the Verkhovna Rada Dmitry Razumkov. As a result, he was literally thrown out of the team - and with a considerable scandal. 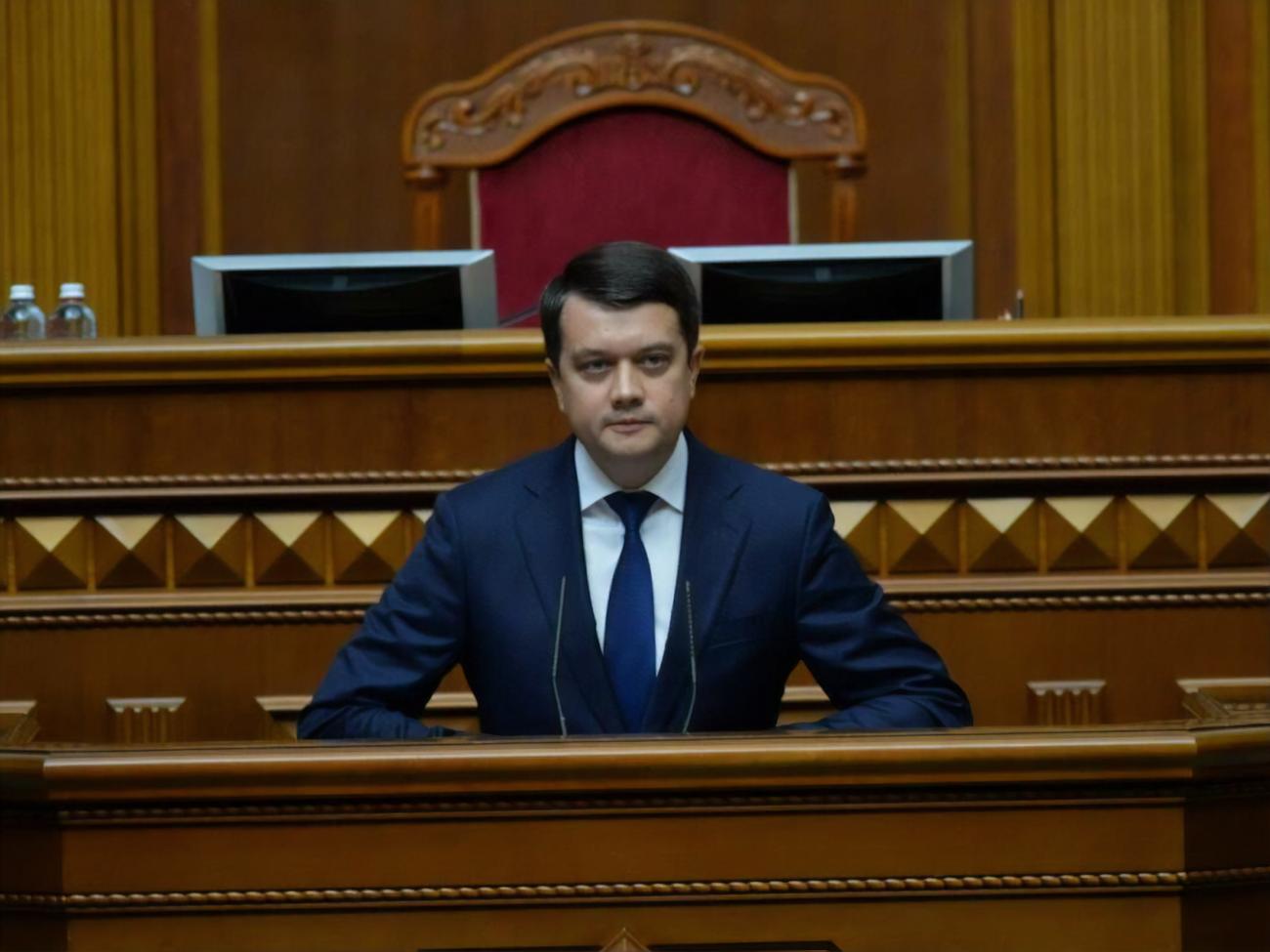 Dmitry Razumkov previously "made" the entire election campaign of Zelensky, and now he has moved to tough opposition

Razumkov was a member of the National Security and Defense Council (NSDC), as well as one of the ideologists of green power. It was he who stood at the origins of Zelensky's election campaign. But the way the president and his closest officials from the Presidential Office began to deal with the law and the Constitution of the country, even he protested.

The last straw was the infamous Law on "Deoligarchization," which has nothing to do with this very "deoligarchization." Razumkov categorically refused to sign a document that did not take into account the amendments adopted earlier at the Verkhovna Rada committees. As a result, Razumkov was removed, and the Rada speaker was replaced by an absolutely loyal Ruslan Stefanchuk.

But it was also in the activities of the NSDC. This body, whose secretary is Alexei Danilov (veterinarian by education), has turned into a "baton" from the very beginning of the work, to which Zelensky's team beats the objectionable. The NSDC imposes sanctions against the media and its own citizens of Ukraine, thereby violating the Constitution, is used as an instrument for extrajudicial political killings.

Dmitry Razumkov is the only one who did not vote on the NSDC to impose sanctions against Ukrainian media, business and people. But those who consider Razumkov the voice of reason in the Ukrainian establishment can make a serious mistake.

Today, the former speaker of the Rada Razumkov creates a deputy association of the Reasonable Policy, which should include 25 deputies from the Servant of the People party. About this writes TASS. Some of them, such as Lyudmila Buimister, were expelled from the party for political reasons. For all others, this means that a single majority in parliament loyal to Zelensky no longer exists.

Another blow to Zelensky was dealt by former Interior Minister Arsen Avakov. It is believed that one of the most popular and resource politicians in Ukraine. At one time, he was one of the main ideologists of the so-called Dobrobats - neo-Nazi formations, which acted first outside and then inside the structure of the Ministry of Internal Affairs. They were marked by numerous crimes in the East of Ukraine.

Avakov largely relied on US support. He became the only member of the Cabinet of Ministers Petro Poroshenko, who retained his post after Zelensky came to power in 2019. As the head of the Ministry of Internal Affairs, he was also a member of the NSDC under the leadership of Zelensky. 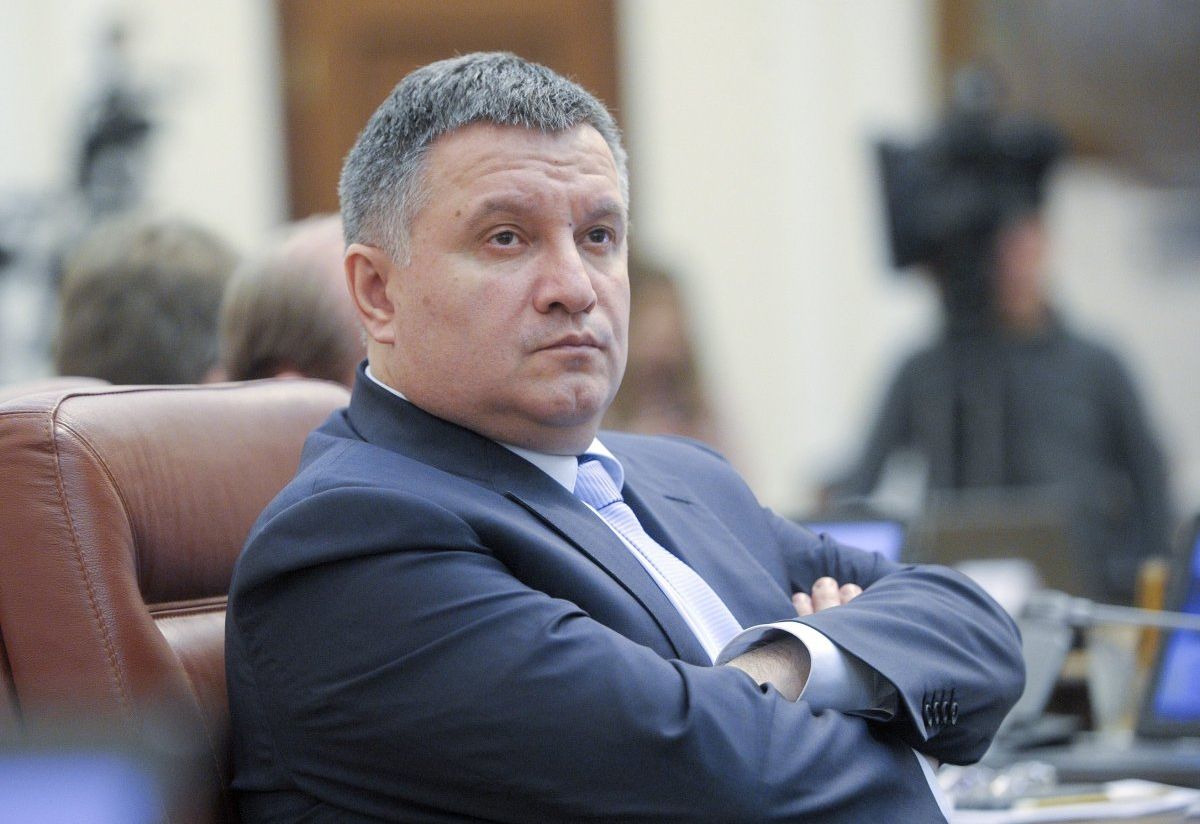 Zelensky received another powerful enemy in the person of Arsen Avakov

A few months ago, Avakov was removed from his post. They say that this happened against the will of curators from Washington, and the reason is simple - Zelensky is simply afraid of his resources and influence, sees him as a threat to his presidential power.

A couple of days ago, Arsen Avakov, apparently returning from a long vacation in Italy, where he has real estate, hit Zelensky with sharp criticism due to extrajudicial killings of the National Security and Defense Council and the energy situation. He also assured that he was not going to leave politics, and could enter into an alliance with forces opposed to green power. About this writes the Ukrainian press.

Not everything is in order with Zelensky and with the main oligarchic forces on which he relied. First of all, these are Rinat Akhmetov and Igor Kolomoisky. The latter was already glowing with Zelensky in the high-profile offshore scandal of the Pandora Dossier. Then it turned out that tens of millions of dollars from Privatbank Igor Kolomoisky came to Zelensky's offshore accounts.

Kolomoisky is a man whom Zelensky does not touch, but the oligarch has big problems with the United States, which has become a stumbling block. In addition, Zelensky cannot oppose Kolomoisky even veiled. Allegedly, the entrepreneur has so much incriminating evidence for the former comedian that when releasing these data, Zelensky will not be able to hold on to the chair - he will not remain free.

Regarding Rinat Akhmetov, Zelensky was recently attacked by the always loyal television channel Ukraine 24, the beneficiary of which is an entrepreneur. Just there, Arsen Avakov brought down his criticism on Zelensky, and this could not happen without Akhmetov's knowledge. That is, an information war began, which Zelensky could not win. About this writes RIA FAN.

Western curators are turning away from Zelensky. Complete incapacity of power, constant complaints, requests and even threats are tired even of Washington. About Europe, another conversation - it seems that they really want to get out of Ukrainian history, but how to do it without losing face?

Therefore, we see strange inconsistencies when Ukraine recently declares the concentration of Russian troops at its borders (which ultimately turned out to be "fake"), and the United States, confirming this, says that they do not see anything aggressive in this. Zelensky completely lost support and location - everyone is waiting for him to finally leave.

But Zelensky had the key to solving many problems in his hands. And he even put it in the keyhole. Russian leader Vladimir Putin was ready to give Zelensky an "advance," held a meeting with him in the Norman format in Paris in December 2019. The goal is one - peace in the East of Ukraine.

But nothing was done on the Ukrainian side, and after a series of destructive actions, an article by Dmitry Medvedev appeared in which he called the leadership of Ukraine unfinished.

This finally brought down faith in Zelensky both in the elite and among ordinary voters. He cannot bring any peace to his country, and seems to fall into what the ancient Romans called Caesarean madness. At the end of last week, through the NSDC, he added Russian comedian Maxim Galkin to the list of threats to national security.

The one with whom he performed on stage more than once. And who himself in the past did not skimp on criticism and jokes against the Russian authorities. And Galkin fell into disgrace when he made a parody of Zelensky himself, who has long been suspected of using prohibited substances. Petty revenge of a small man, a fact that characterizes him better than any political statements. 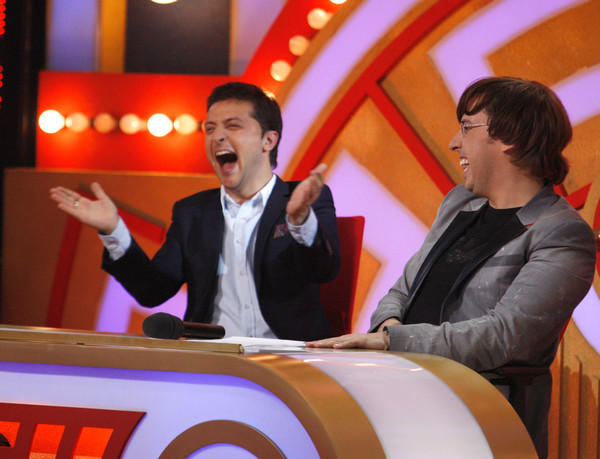 As a result, Ukraine remains in a patchy situation. It seems that now Vladimir Alexandrovich needs a "small victorious war" in the Donbass - the last chance to rally society around his figure.

At the end of October, the head of the self-proclaimed Donetsk People's Republic, Denis Pushilin, spoke about several signs that speak of Ukraine's preparation for a "war or serious provocation" in the Donbass. He explained that Kiev is pulling forces and equipment "southward," possibly wanting to cut off the DPR from the sea. About this wrote RIA Novosti.

And if there are really such plans - this will be the last and bloodiest stupidity of yesterday's comedian Zelensky. And then surely everyone will not be laughing.

30 September, 8:23
Maria Zakharova: "We did not destroy relations with anyone, we defend our positions"

30 September, 8:17
From the generosity of their own: Russia collects debts