Tensions are rising around Taiwan. Will US geopolitical adventurism lead to another heated conflict in Asia?

Against the backdrop of increasing friction between the PRC and the United States and other Western countries, the People's Liberation Army of China (PLA) will begin hostilities if a potential enemy attacks first. This is stated in the editorials of a number of Chinese media outlets published this morning.

At the same time, it is not specified what exactly is meant by the "attack" - a military attack or a large-scale political provocation. One thing is clear: there is nothing good about this warning. But the reason for its appearance is the irresponsible policy of the United States and its NATO colleagues in the Pacific region and around the world, according to a correspondent for The Moscow Post.

Similar rhetoric is being used by the Chinese ahead of a visit to Taiwan by US House Speaker Nancy Pelosi. Her plane is expected to land in Taipei this afternoon. Tomorrow Pelosi is going to meet with the president of the island of Tsai Inven.

At the same time, this morning Pelosi's plane landed in Malaysia - it is not clear for how long. There is a possibility that the visit to Taipei will still be canceled - but it is clearly small against the background of the general policy of the US Democratic Party to aggressively promote American interests through false rhetoric about "democratic values." The very "lever" that raised the entire Middle East, and then long-suffering Ukraine, in the last decade.

It was assumed that Pelosi would appear in Taiwan yesterday - her plane was monitored online by about 50 thousand people around the world. So much that the organizers of the flight tracking service were forced to close information about the movement of the aircraft for everyone.

At the same time, the tension turned out to be so great that Pelosi had to land a plane to refuel in Hawaii, and then give information about his Asian tour, where Taipei was not listed as one of the places where the speaker is sent.

Nevertheless, a number of sources both yesterday and today report - Pelosi will indeed come to Taiwan, despite all the warnings and admonitions of the Chinese.

By the way, the day before Pelosi's departure, the 备战 message appeared on the official account of the 80th Army of the People's Liberation Army of the PRC! It can be translated as "prepare for war." Shortly before Pelosi's visit, the PLA PRC announced the start of large-scale military exercises near the island. This morning it became known that the PLA is starting another exercise in the South China Sea.

What other signals do Washington adventurers need to give?

But the White House is only raising the stakes. Shortly before the start of Pelosi's Asian tour and the start of the PRC military exercises near Taiwan, it became known that a US aircraft carrier group led by nuclear aircraft carrier Ronald Reagan had advanced towards the Taiwan Strait. To say that this only increases tension is to say nothing.

Washington should understand the consequences of the visit of US House Speaker Nancy Pelosi to Taiwan, this will undermine relations between China and the United States. This was stated on August 1 at a press conference by the Permanent Representative of the People's Republic of China to the UN Zhang Jun.

Jun stressed that the issue of the territorial integrity of China is acute for the country, it is a "red line" that the Chinese side will not allow anyone to cross.

Interestingly, the Biden administration decided to sit on two chairs. On the one hand, fully absolve yourself of responsibility for Pelosi's visit. Earlier, Biden himself called Pelosi's intention to get into Taipei "a bad idea." And then he was told that Pelosi had every right to visit the island, like any US legislator - they say that the executive branch of government is unable to prevent this. And at the same time, Washington placed all responsibility for possible retaliatory actions on Beijing. "If the speaker decides to make this visit and China tries to create any kind of crisis or contribute to the increase in tensions, then the responsibility will be entirely on Beijing. In the event of a visit, we expect that China will act reasonably and will not contribute to the escalation of the situation, "Kommersant" quoted US Secretary of State Anthony Blinken as saying.

The diplomat added that the decision on a visit to Taiwan will depend completely on Nancy Pelosi. He also reminded that the American congressmen already visited Taiwan, including this year.

Surprisingly irresponsible policy with shifting from the sore head on healthy. And this despite the fact that a few days ago Biden told that he of the USA continues to adhere to the principle of territorial integrity of China. That is recognizes Taiwan as a part of the People's Republic of China.

So about what then independent solution of Pelosi to visit Taiwan can there be a speech if official Beijing not just against - and is preparing for a military solution to a question.

Actually, you shouldn't look for logic in the current behavior of the USA. Both in the Pacific region, and in the same Europe. We won't remind of really hostile policy of the States once again - creation of an Asian analog of NATO under the name AUKUS where, besides the USA, Britain and Australia entered.

Just all this policy - inertia of the weakening liberal empire very much trying to pretend that alignment of forces on the geopolitical arena remained same as 20 years ago.

But it absolutely not so, and a similar game with fire is capable to lead the States to accident. Against the background of enormous inflation and increase in prices they, it seems, lacked still the conflict with China which is capable to bring down the stock markets of the former predominant force in one stage. 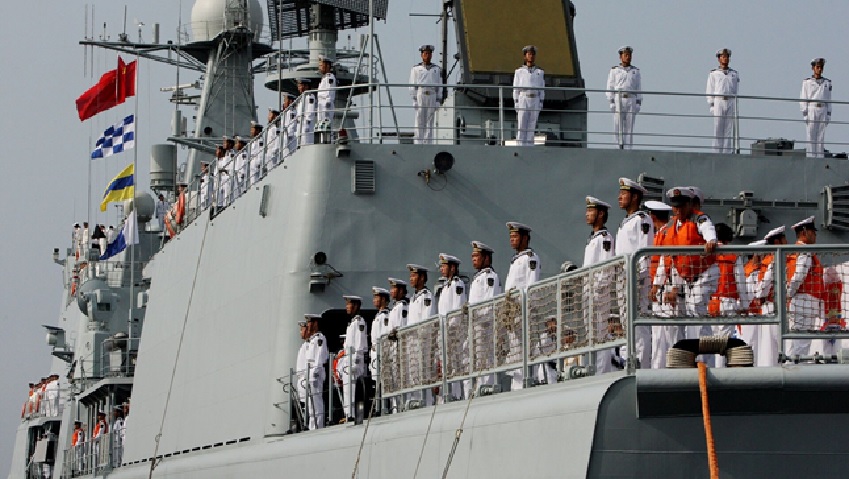 Against the background of strain of relations concerning Taiwan China began a series of large-scale military exercises near the island with the USA. Photo: radiosputnik.ria.ru

But that's the short term. Xi Jinping is struggling to avoid such a development: Beijing believes that the Kuomintang people in Taiwan will "take away" the next election, and the island will continue to integrate with China without firing a shot. But if Pelosi comes to Taiwan, and if an arms deal is reached for Taipei, Beijing will not stand by.

It is now, these days, that the world is in one of the most important points of bifurcation of its recent history. We are at a fork, and our ability to resolve the crisis in Europe will also depend on how the US-China gambit ends. In the end, everyone understands that it is necessary to negotiate. All but the States, which in an attempt to retain their influence, continue to create new points of tension at different ends of the Earth.

02 August, 7:14
How in Chicago: Remove witnesses and co-conspirators?
See also