Japan will rather "shoot itself in the foot" than move to a constructive peace treaty, which is dictated by internal contradictions and US pressure.

According to the correspondent of The Moscow Post, last weekend the Eastern Economic Forum ended in Vladivostok. Delegates from 57 countries took part, Russian business was widely represented. Many agreements were signed at the forum, and among others, business dialogues were held with a number of countries - Italy, India, China, Korea, Europe and ASEAN as a whole, as well as separately with Japan.

It is with the latter that the international resonance from this meeting in a geopolitical context is largely connected. The matter is in the initiatives of the Russian authorities, voiced by President Vladimir Putin, regarding a special tax regime for the Kuril ridge islands, including the "controversial" Kunasiri, Etrofu, Shikotan and Habomai Islands for Japan.

In 2017, a special tax regime was introduced on the island of Shikotan. Now it has spread to all four islands, whose belonging to Russia has not been recognized by Japan for almost 80 years. It implies the exemption of businesses in the Kuril Islands from taxes on profits, property and land for as long as 10 years, as well as a reduction in insurance premiums

"We hope that preferential treatment in the Kuril Islands will bring significant results for the development of the islands, for the launch of promising young projects, primarily in such areas as tourism, marine culture and processing," President Vladimir Putin explained.

Japan is one of the main interests in the economic development of the Kuril Islands. A special tax regime gives every opportunity for this. The islands are extremely rich in minerals, and the seas around are seafood. But the absence of a peace treaty and the phantom pains of the Japanese over long-lost territories continue to poison bilateral relations and restrain the development of the economic potential of the ridge.

So, following the results of the WEF in Japan, a real scandal erupted related to the attitude to the initiative of the Russian authorities. The country of the Rising Sun turned out to be polarized - one part advocates an end to confrontation, a search for compromise and participation in joint business projects on the islands of the Kuril ridge, the other part is categorically opposed.

The conservative wing of politicians in Japan itself and a significant part of Japanese society is convinced that participation in such projects de facto legitimizes in the eyes of the inhabitants of the country the islands belonging to Russia. Indeed, everyone wishing to work in the Kuril Islands special economic zone in any case will have to do this exclusively in accordance with Russian law.

Plans for the creation of the SEZ are unprecedented, they themselves caused a storm of discussion. But you need to read between the lines. In his speech, Putin veiled that it is Japan, which is constantly changing its position on this issue, that bears the blame for the stalemate in the negotiations on the peace treaty

The President called this approach unconstructive, adding that now the ball is on the Japanese side. Russia, unlike Japan, has always remained in the positions of the joint Soviet-Japanese declaration of 1956. Recall that then the USSR and Japan agreed to normalize relations, exchanged ambassadors and declared the rejection of mutual claims that arose as a result of the war.

The catch is that at the same time the USSR agreed to the transfer of the islands of Habomai and the island of Shikotan to Japan with the condition that the actual transfer of these islands to Japan would be made after the conclusion of the Peace Treaty between the Union of Soviet Socialist Republics and Japan.

Within its framework, the islands of the Kuril ridge could be transferred to joint economic use of the Russian Federation and Japan with the complete preservation of Russian sovereignty over them. However, this compromise requires a fact - to recognize that the islands will never return to Japan. This will allow the development of Russian-Japanese relations. And this is the main conflict topic within Japan itself on the issue of dialogue with the Russian Federation. 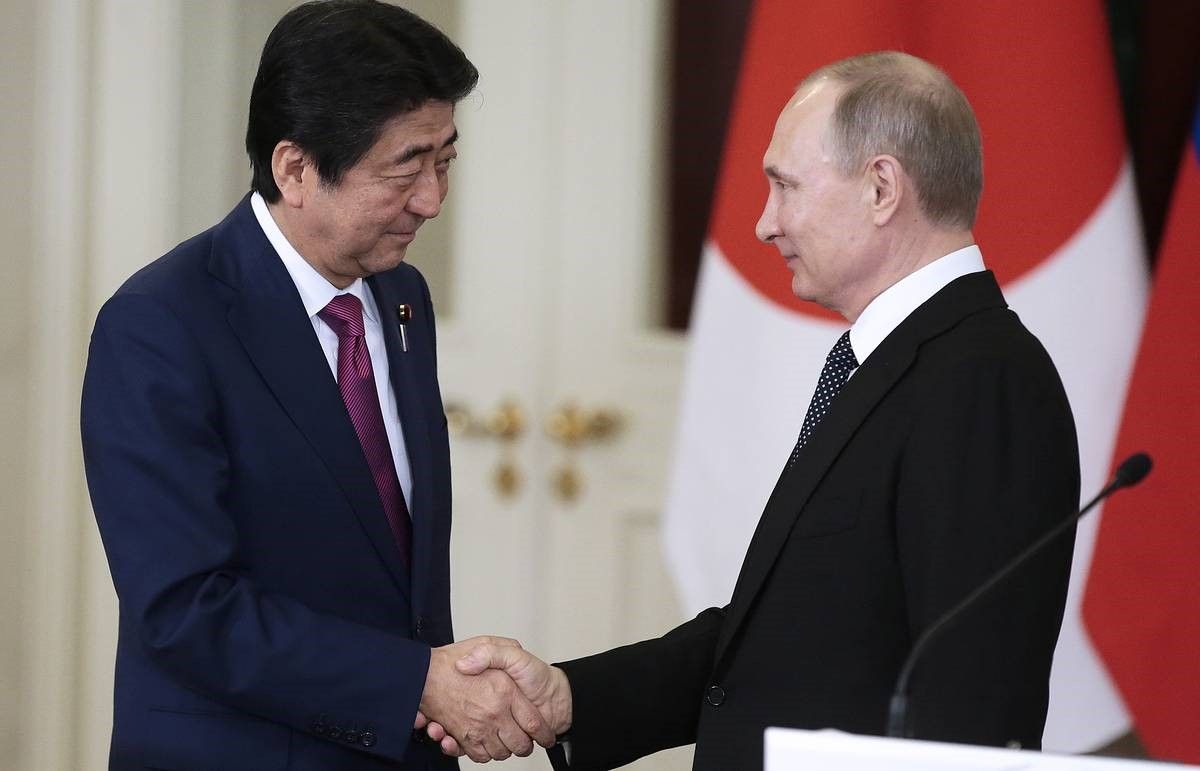 Under Abe, negotiations on a peace treaty moved off the ground. But not for long

Earlier, Putin managed to agree that it was the 1956 declaration that should be the basis for normalizing relations and a peace treaty. Such an agreement was reached with former Japanese Prime Minister Shinzo Abe. But after him, in 2020, the Japanese side sharply changed its position. Thus, the process of peace negotiations has become a "process without end."

Why Russia is firmly in its position is understandable. This is the territorial integrity of the country. However, an equally significant issue will sew here - the security of these territories and the country as a whole. Japan is an ally of the United States, and it is the threat of the deployment of American military bases on the islands that is one of the key variables for Russia.

Russia has repeatedly demanded firm guarantees from Japan not to deploy military bases on the Kuril Islands after their hypothetical transfer, but has never received a reasonable response to these fears. So Putin recently said that Japan may not have plans to militarize the islands and nearby seas. But the United States has such plans.

Here we recall the deployment of Patriots in Poland, and other missile defense systems in Romania. Everyone has already forgotten about this, apparently. It is the issue of security guarantees in the times of the USSR, and now remains the cornerstone of the stumbling block in the issue of concluding a peace treaty.

In general, Putin called the absence of a peace treaty with Japan nonsense, and it is difficult to disagree with it. At the same time, even in the time of Abe, Japan never refused claims to at least two islands. This was recalled by Valery Kristanov, an expert at the Center for Japanese Studies at the Institute of the Far East of the Russian Academy of Sciences.

According to him, without receiving the Southern Kuril Islands in one form or another, the Russian Federation will not sign a peace treaty with Japan. And in order to conduct it, Japan must fully recognize the results of World War II.

Vladimir Nelidov, a researcher at the Center for Japanese Studies at the Institute of Oriental Studies of the Russian Academy of Sciences, agrees with him. He noted that Putin's words about nonsense are not a step towards Japan, but rather a diplomatic gesture, similar to the proposal of three years ago to conclude an agreement without preconditions. His words are quoted by Gazeta.ru.

Japan will continue to try to sit on two chairs - not to recognize Russian sovereignty over the Kurils, and continue rhetoric about the need to normalize relations. The key in these situations remains the position of the States, which does not benefit from the removal of territorial claims from Japan.

It is necessary to maintain the maximum tension in the Russian Federation, where possible, especially against the background of the confrontation with China. China, by the way, was widely represented at the WEF, President Xi Jinping made a speech at it. 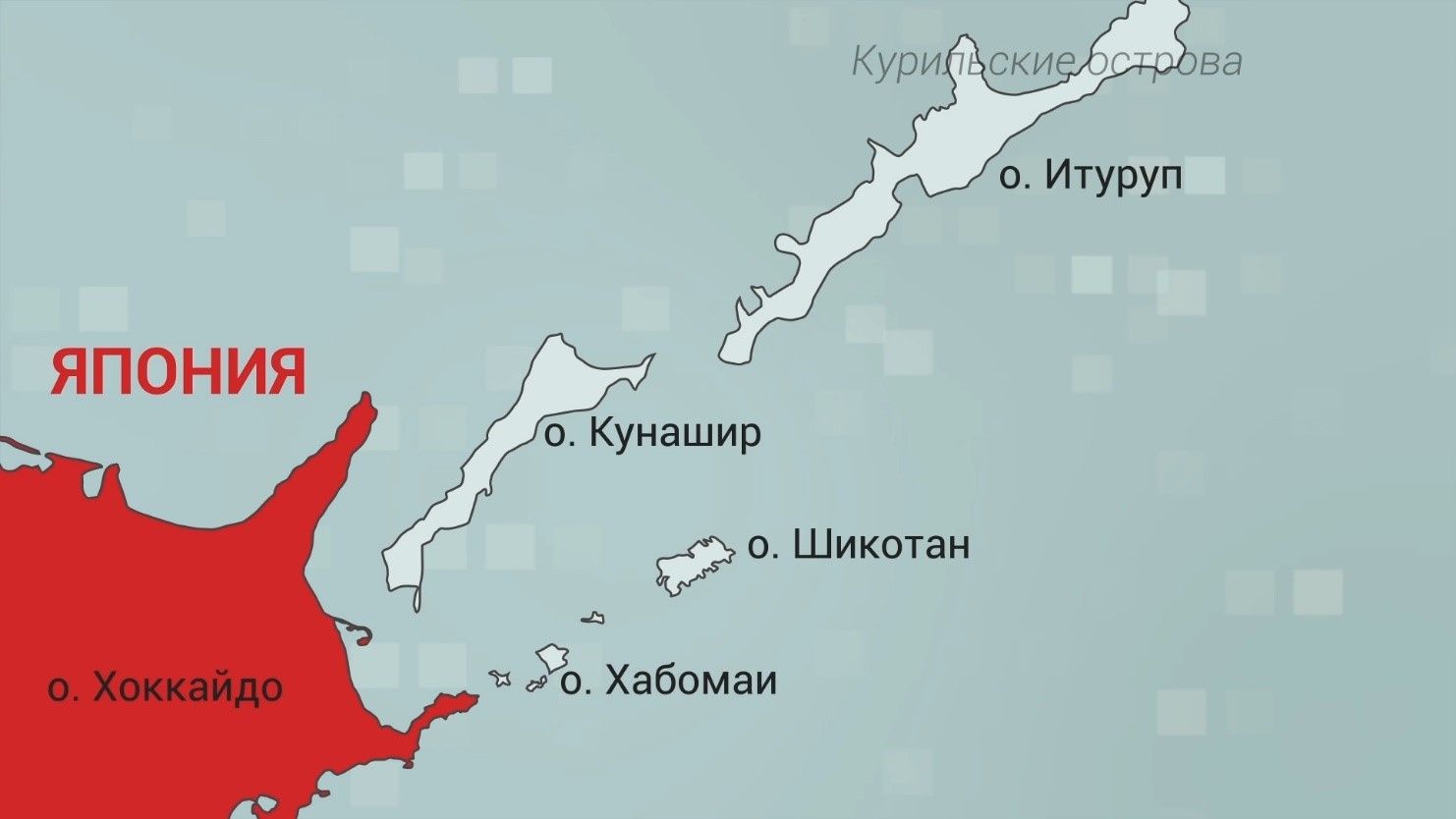 Islands with which Japan does not agree with Russia

The question is how long the internal Japanese contradictions and the position of the older brother of the United States will not allow this country to move to a constructive and mutually beneficial cooperation. This will continue until Tokyo finally loses its geopolitical benchmark in Washington - that is, as Pax Americana weakens and fades, which we are already seeing around the world today.