The causes of the tragedy in Kazakhstan have yet to be understood, but whatever the goals of the ill-wishers or the true organizers of the riots (if any), they have achieved absolutely the opposite result.

According to the correspondent of The Moscow Post, the Kazakh security forces continue to fight with armed people in a number of cities of Kazakhstan. Last night, CSTO forces arrived in the country as part of peacekeeping units of Russia, Kyrgyzstan, Armenia and Belarus. This afternoon, the Parliament of Tajikistan voted to send 200 peacekeepers to Kazakhstan as part of the CSTO mission.

The Collective Security Treaty Organization itself has repeatedly emphasized that only the protection of strategic facilities will become the mission of peacekeepers. They do not participate in clashes with "protesters." However, after the provocateurs and outspoken terrorists from their environment made, the word "protest" came off (although in some places it was not completely) even the Western media.

It seems that now even the authorities of Kazakhstan cannot yet give an accurate definition of the nightmare in which the country plunged literally in a week. Riots, coup d'etat, revolution, a series of provoked pogroms? Anything, but certainly not a peaceful protest. Shots of cities defeated by "oppositionists," broken and stolen shops, burned cars and buildings circled the whole world.

Today, January 7, President of Kazakhstan Kassym-Jomart Tokayev has already made the third address to the nation after the crisis in the country. He said that he gave the army and law enforcement agencies an order to open fire to defeat terrorists (namely terrorists) who are participating in riots.

According to the latest data, as of January 7, at least 12 law enforcement officers and servicemen of Kazakhstan died in clashes with pogroms. At the same time, 26 criminals were killed, more than 3 thousand people were detained.

"Terrorists continue to damage public and private property and use weapons against citizens. I gave the law enforcement agencies and the army an order to open fire to defeat without warning, "Tokaev said. He added that the authorities somehow "overslept" the underground preparation of terrorist attacks by sleeping cells of militants. According to him, 20 thousand bandits attacked Almaty alone.

All this, of course, looks incredible. Just in a week, one of the most "calm" and relatively successful countries of the post-Soviet space plunged into chaos, the state apparatus was simply not ready for this. In the case of the CSTO reaction, it seems that in the current situation for both Tokaev and the security forces loyal to him, this was one of the forced steps - after all, the very appearance of CSTO forces on Kazakh soil reduces the prospects of the rebels to complete zero.

Meanwhile, what is the irony of fate... The CSTO is designed to respond to external threats - and the authorities say that preparations for current events were carried out from the outside. It is this - some incomprehensible external intervention, now explains the reaction of the CSTO. And no one else chairs it, like Armenian Prime Minister Nikol Pashinyan, a man who came to power as a result of the velvet revolution of 2018. However, reliance on the United States and the EU did not pay him dividends. So much so that Russia had to save his power (and at the same time all of Armenia from complete defeat). 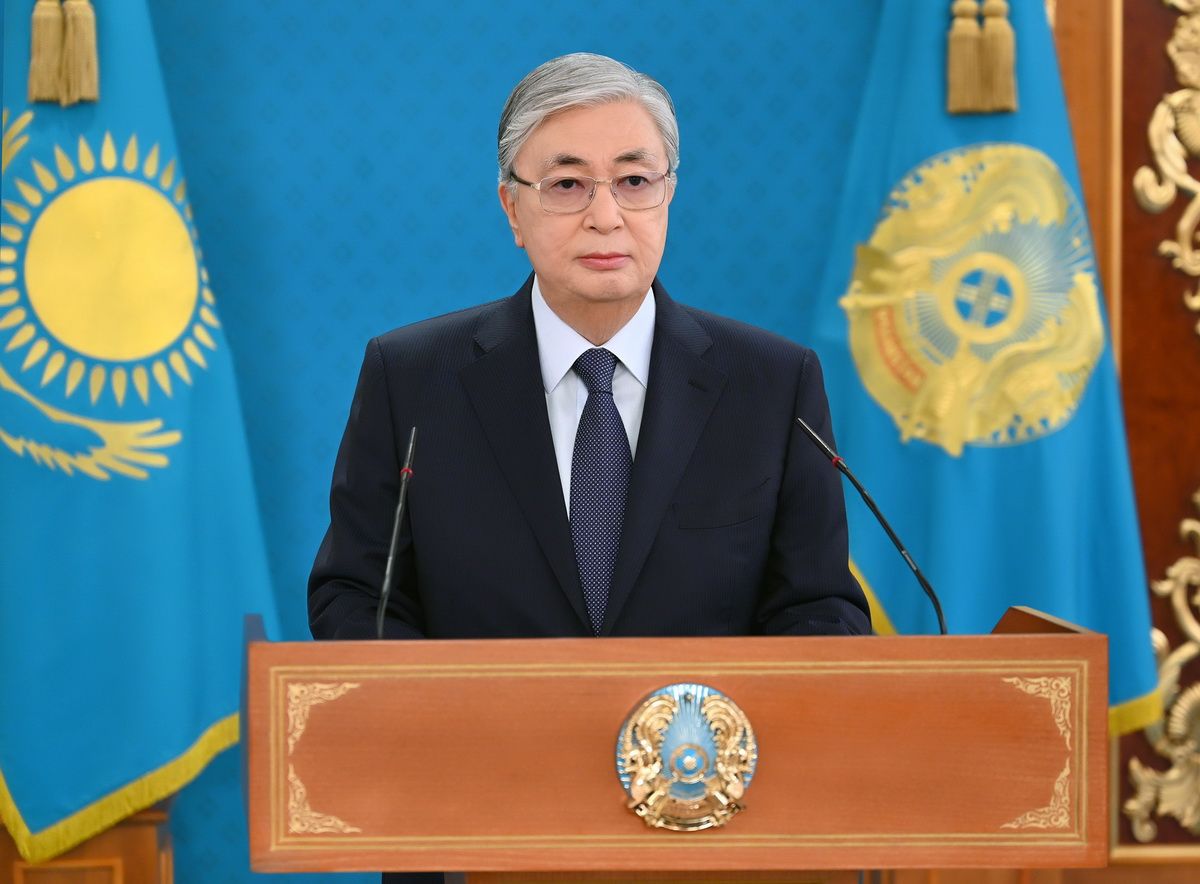 In his third address to the nation, President Tokaev called the pogroms terrorists without discounts and said that he gave the order to shoot criminals without warning

Now the same Pashinyan, who came to power as a result of the "velvet revolution" and was politically "saved" by Russia (the main force in the CSTO) after the defeat of Azerbaijan - authorizes the CSTO for the first operation in its history. And just related to the suppression of riots, which may have external genesis.

From protest to pogroms

Those who are still moving away from the New Year holidays will briefly recall how events developed. Protests in Kazakhstan began on January 2 in the city of Zhanaozen, Mangistau region after raising the price per liter of liquefied gas to 120 tenge (about 21 rubles). Prior to that, the price of a liter of gas was 60 tenge (10 rubles). Two days later, clashes between protesters and the police and the military began in Alma-Ata and several other cities. Skirmishes also took place in Aktobe, Taraz, Aktau and other settlements.

Already at the initial stage, the mistakes of the government, which was able to allow such a sharp jump in prices, were clear. Then the protests were still peaceful. President Tokayev, despite the illegal nature of the actions, did not dismiss the protesters - prices were reduced, state regulation was introduced for a certain period, and soon the entire government of the republic resigned.

Meanwhile, meeting the demands only spurred the demonstrators, who began to demand a complete change in the political regime in the country. First of all, the overthrow and removal from the leadership of the country and all posts of people close to the family and the very first president of the republic, Nursultan Nazarbayev.

Until recent events, Mr. Nazarbayev served as head of the country's Security Council. It was believed that he retained a significant part of his influence, including through the government, where his nephew Samat Abish sat. The latter worked as the first deputy chairman of the National Security Committee of the Republic of Kazakhstan. He was dismissed on January 5, and today, January 7, he was detained in Alma-Ata. About this writes Gazeta.ru. On what grounds, what charges can be brought against him is unknown. 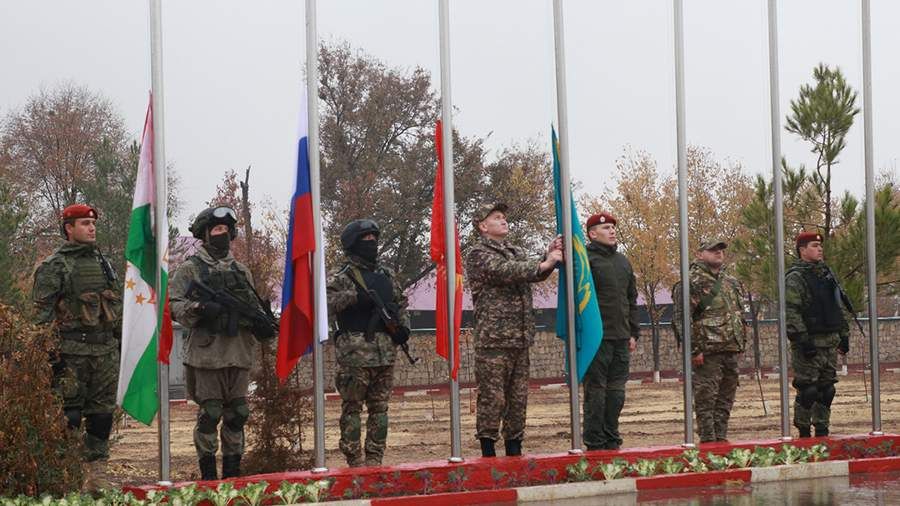 Now that the chaos in the country has not yet been overcome, it is difficult to talk about the background of events. However, there are already versions, and the versions are serious. A number of political scientists believe that what happened is not at all insinuations of the United States, seeking to "blow up the" soft "underbelly" of Russia. Although this would probably be welcome in Washington, what homegrown conspiracy theorists rely on.

It is much more likely that the tragedy of Kazakhstan is the continuation of the struggle for power between influential communal-clan clans, which, as you know, still have much more influence on the internal political events of the republic than formal power institutions.

In addition, the factor of Turkey could be extremely important. Although there are many opinions. On the one hand, Turkish President Recep Tayyip Erdogan does not hide his intention to revive the Turkic world, of which Kazakhstan sees part, and where Turkey should play a leading role.

On the other hand, the situation clearly leads to a complete departure from the affairs of the Nazarbayev family. But Nazarbayev himself is a real "Latinizer" (it was he who initiated the transition from Cyrillic to Latin, which was warmly welcomed in Turkey to other places where they dream of the Great Turan), who maintained quite even and even trusting relations with the same Turkey.

Let's not be deceived - protests in Kazakhstan, even if they were illegal, but had an objective basis. And it's not only that gas (the main fuel for light-engine cars in Kazakhstan) doubled in price per day (later Tokaev will blame officials and several gas companies for this). There are many economic and social problems in Kazakhstan. Not to mention fatigue from Nazarbayev, clanniness, nepotism in general. 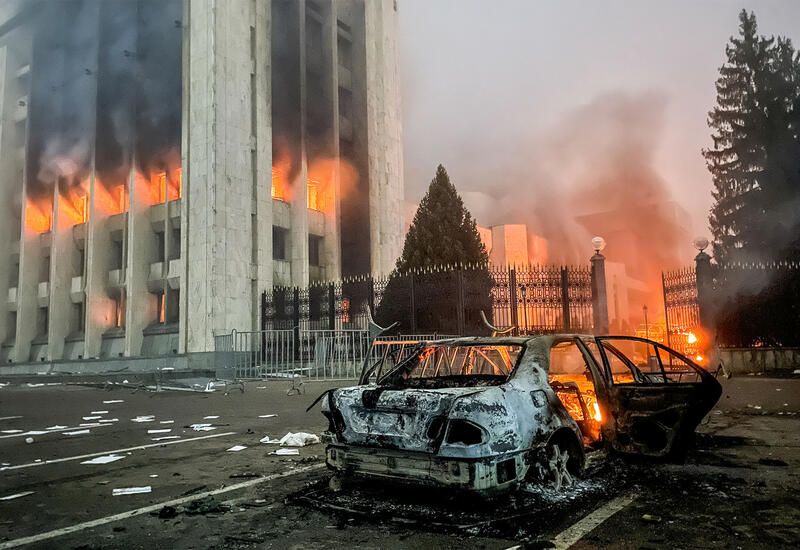 Alma-Ata, January 6th. Who could believe this could happen a week ago?

Apparently, someone tried to take advantage of the discontent of people, and set in motion sleeping cells, already ready and trained to organize the rebellion. But whatever the plan, whoever is behind it, the winner in this whole situation, paradoxically, looks like President Tokayev of Kazakhstan and Russia. Why?

Regardless of what happened before these events, in fact, Nazarbayev and all people close to him are now removed from the leadership of the country. According to Strana, Nazarbayev himself and his daughters have already left the country.

There is an opinion that the "two-headed" power structure in Kazakhstan after 2019 did not allow President Tokaev to fully implement his reform plans - both in politics and in the economy. It is clearly not him who is behind the events. Moreover, he was not ready for them. And still turned out to be in the plus, because, in fact, he received both an occasion and an opportunity to consolidate power in his own hands.

The very background of the internal crisis can go far beyond socio-economic turmoil. It can anticipate a fault within the ruling elites of Kazakhstan by its tribal nature. It is no secret that there are three zhuzes in the country (Senior, Middle, and Younger) - historically established territorial associations within the country, on which different parts of the elite rely.

True, both Nursultan Nazarbayev and Kassym-Zhomart Tokayev are from the Elder; the union, which is located in the south-east of the country. In this sense, it is difficult to consider intermediate results as the victory of representatives of one beetle over others.

Moreover, the "protest" did not have intelligible political leaders. Only after the fugitive banker Mukhtar Ablyazov took responsibility for coordinating the riots.

Mukhtar Ablyazov is the former Minister of Energy, Industry and Trade of Kazakhstan and the former Chairman of the Board of Kazakhstan BTA Bank. In 2009, after initiating a criminal case against him, Ablyazov fled the republic and was put on the international wanted list. Criminal cases against the entrepreneur were also instituted in Russia and Ukraine. About this writes Forbes. 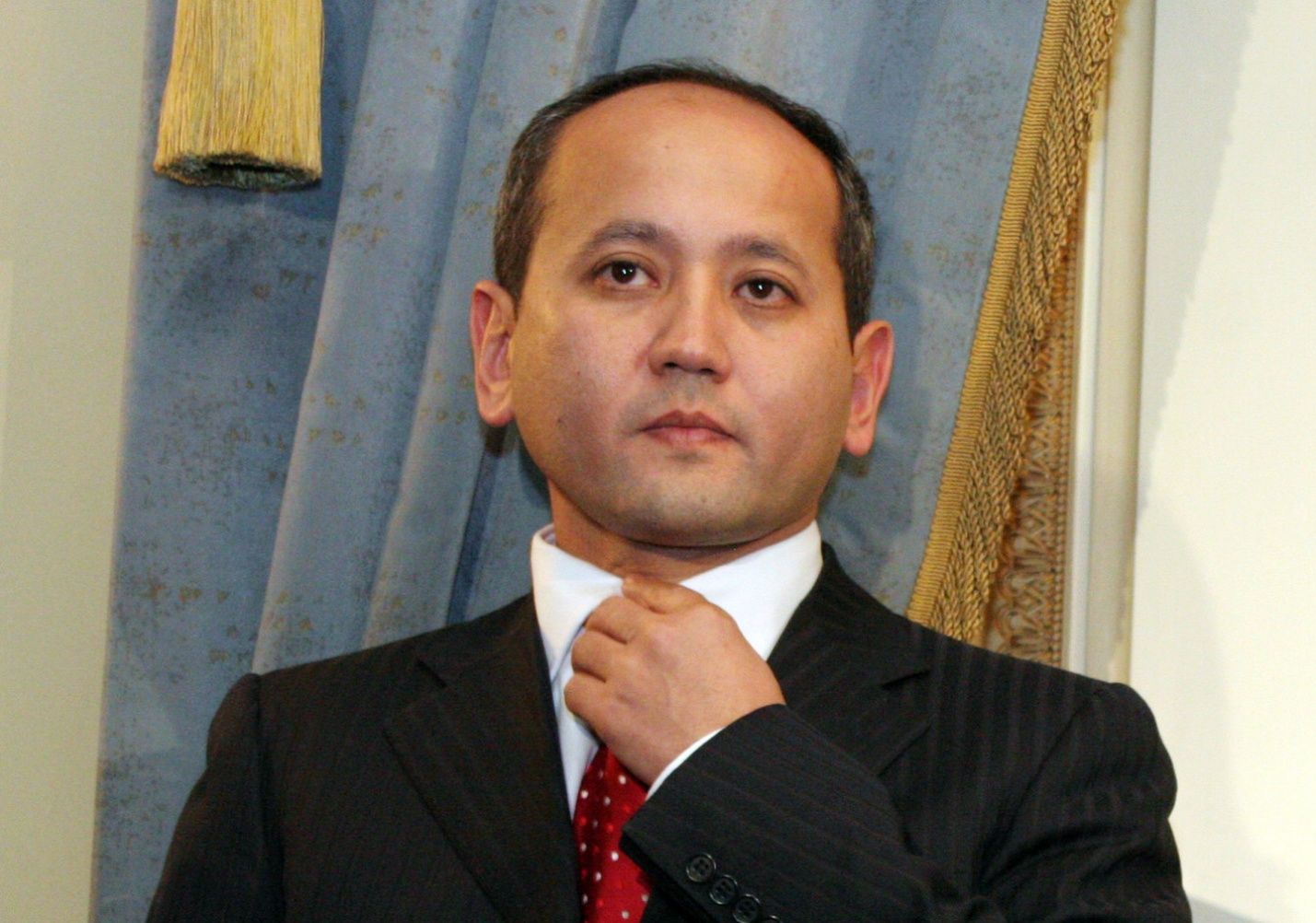 Mukhtar Ablyazov, a former official and banker with a whole heap of criminal cases behind him, called himself the organizer of the protests. Of course, he received asylum in the West - he lives calmly in Paris

In 2017, Ablyazov was sentenced in absentia in Kazakhstan to 20 years in prison for creating a criminal community and stealing BTA Bank money. A year later, he was sentenced to life imprisonment, accusing Yerzhan Tatishev of organizing the murder of the former head of the bank. In Russia in 2020, Ablyazov was found guilty of articles on fraud, legalization of property obtained by criminal means, and causing especially large damage by deception by an organized group.

The real "hero of the Maidan." The real "Kazakh Khodorkovsky," which for many years could organize a network of NGOs and foreign agents in the country, who at a decisive moment threw all the forces and means (including media), to overthrow the legally elected government. It seems that it was these processes that overslept the authorities of the Republic, as Tokaev previously put it.

However, the role of Ablyazov has yet to be established - it is likely that the fast-losing influence and popularity of the fugitive simply decided to earn political points on the tragedy in Kazakhstan.

Russia, for all the horror of what happened, as mentioned, only strengthened its position in the region. The stabilizing role was shown by the CSTO, where the Russian Federation, no matter how cool, plays the first violin. And Mr. Tokaev, and previously not seen in the abundant "flirting" with Western "partners" and dreamers of the "Big Turan," finally realized that the only guarantor of security and stability in the region is the "northern neighbor" alone. Well, China, of course, which from the very beginning took a very restrained position, actually supporting the current authorities of Kazakhstan.