Karabakh does not cool down

Another aggravation between Armenia and Azerbaijan is a reflection of the intra-Armenian political conflict or a test of Russia's strength?

According to the correspondent of The Moscow Post, a new aggravation occurs in Nagorno-Karabakh, on the line of demarcation of the armed forces of Armenia and Azerbaijan. This morning it became known that the shootings stopped after the suggestion of the Russian side. How long?

Russian peacekeepers are present on the demarcation line in Karabakh, but the situation seems to go far beyond the Lachin corridor connecting the Armenian settlements of Karabakh with greater Armenia.

The situation escalated on November 13, but initially no one attached too much importance to this. After all, minor skirmishes took place all year. However, the situation developed. On the same day, the Armenian Ministry of Defense reported that the Azerbaijani military tried to provide a positional offensive, which was prevented. The ministry reported that through the mediation of the Russian side, negotiations were underway to resolve the situation.

A little earlier, Armenian Prime Minister Nikol Pashinyan said at a meeting of the Security Council that Azerbaijani troops invaded the country in the eastern direction of the border. The Prosecutor General's Office of Armenia reported that the Azerbaijani military crossed the border in the direction of the city of Sisian in the Syunik region in southern Armenia.

Three days later - on November 16, the clashes took such a turn that the Russians had to publicly intervene in the situation. Yesterday, Russia called on the heads of the Ministry of Defense of Armenia and Azerbaijan Stepan Papikyan and Zakir Hasanov to stop provoking an aggravation on the border.

That is, from the Russian side there is an understanding that both sides are already participating in the development of the situation in a negative scenario. Now it is almost impossible to determine who began to shoot first.

Regardless of who first went on the aggravation, problems arose in Russia. Our military base in Gyumri was put on alert. Several signals followed from the Armenian side, which also arouse concern.

Earlier, Nikol Pashinyan has already stated that this is not a border conflict, but direct Azerbaijani aggression. Of course, the Armenian side requested help from Russia, and there is a snag. Russia, within the framework of the CSTO, can only help in an attack on Armenian territory recognized by the international community. What is happening now is not completely clear.

Chairman of the Armenian Parliament Commission on Defense and Security, Andranik Kocharyan, even said that trust relations between Yerevan and Moscow could change "in the blink of an eye if Russia does not respond to the hostilities of the Armed Forces of Azerbaijan in eastern Armenia." His words are quoted by Lenta.ru.

The question of whom Armenia will "come to" in this case remains relevant. As you know, the pro-Western orientation of Nikol Pashinyan already cost him too much - so much that during the war it was necessary to again sharply "turn" to the East. It seems that only this Pashinyan regime saved - as well as the Armenian army from complete defeat.

Russia has repeatedly demonstrated its readiness to protect allies - but within the framework of international law and concluded treaties. An attempt to drag her into another "mess" at the border can have far-reaching consequences. It seems that detractors of Russia are counting on this.

At the same time, there is an opinion that the new conflict may benefit the part of the military and political elite of Armenia that remained out of work after the defeat in the war. And then the unexpected victory of Nikol Pashinyan in the early elections. In this sense, another military defeat would finally put an end to his political career, which would not fail to take advantage of the so-called "Karabakh clan."

Its prominent representatives are former presidents Robert Kocharian and Serzh Sargsyan, natives of Nagorno-Karabakh. The fact that Pashinyan's actions openly sabotage the "Karabakh clan" was previously written by the Sobesednik.

The Karabakh clan may become the "Trojan Horse" of the new cadence Nikol Pashinyan. Moreover, he can negotiate with the Western well-wishers of Armenia, whose main goal was and remains its maximum separation from Russia. At the same time, contacts with the European Union on the situation are carried out by both Pashinyan and Aliyev.

Yesterday, both spoke with the head of the European Council, Charles Michel, who called on the parties to de-escalation and a complete ceasefire. Otherwise, as a year ago, European diplomacy was absolutely powerless. Especially against the background of deteriorating relations with Russia and Turkey.

However, the fact remains that it was Azerbaijan and President Ilham Aliyev who became the main beneficiaries of the short-lived but bloody conflict. Aliyev became the real father of the nation, the hero of his country, who returned the once lost territories. But he did not return completely - this is the basis for inflating warlike moods.

The other winner was Turkey and its leader Recep Tayyip Erdogan. Victory and strengthening in Azerbaijan opened the door for him in Transcaucasia and Central Asia. But Turkey's influence there is limited by Russia. Moreover, Russia was not only not weakened by this situation, but also strengthened, increasing its military presence at the expense of the peacekeeping contingent.

With all the successes, hands in Karabakh were connected with Aliyev and Erdogan. Earlier, the Turkish media repeatedly called Azerbaijan and all of Transcaucasia a zone of their strategic interests.

The Turks can be understood: it is no secret to anyone that Erdogan has huge ambitions, right up to the reconstruction of the modern analogue of the Ottoman Empire. At least in terms of influence on political and military decision-making in the territory that was previously in the orbit of influence of the Ottoman sultanate.

Experts do not exclude that the time of a new aggravation at the border was chosen specifically. Allegedly, now the whole of Europe, and Russia, is engaged in a crisis in the energy market and the situation with migrants on the Polish-Belarusian border. If there was such a calculation, it was partially justified - the topic of the next clashes between Armenia and Azerbaijan was not sufficiently covered in the international agenda. Someone ignored her altogether.

This may be a probing of the soil before something more serious, but scheduled, say, for next year. Thus, Russia is tested for strength, and they create a base for dissatisfaction with its policies, as well as Pashinyan's policies, in Armenia itself. How successful and in demand such an experience will be - only life will show.

At the same time, the Russian Federation, as it was, remained the only stabilizing factor that keeps the parties from rolling into a full-scale war. All this is regularly discussed at the interstate level - over the past year, Pashinyan came to Moscow several times to negotiate with Vladimir Putin.

There are a lot of questions. It was about the return of prisoners, and the unblocking of communications along the demarcation line, and many other issues. Separate work is carried out through the Commonwealth of Independent States. 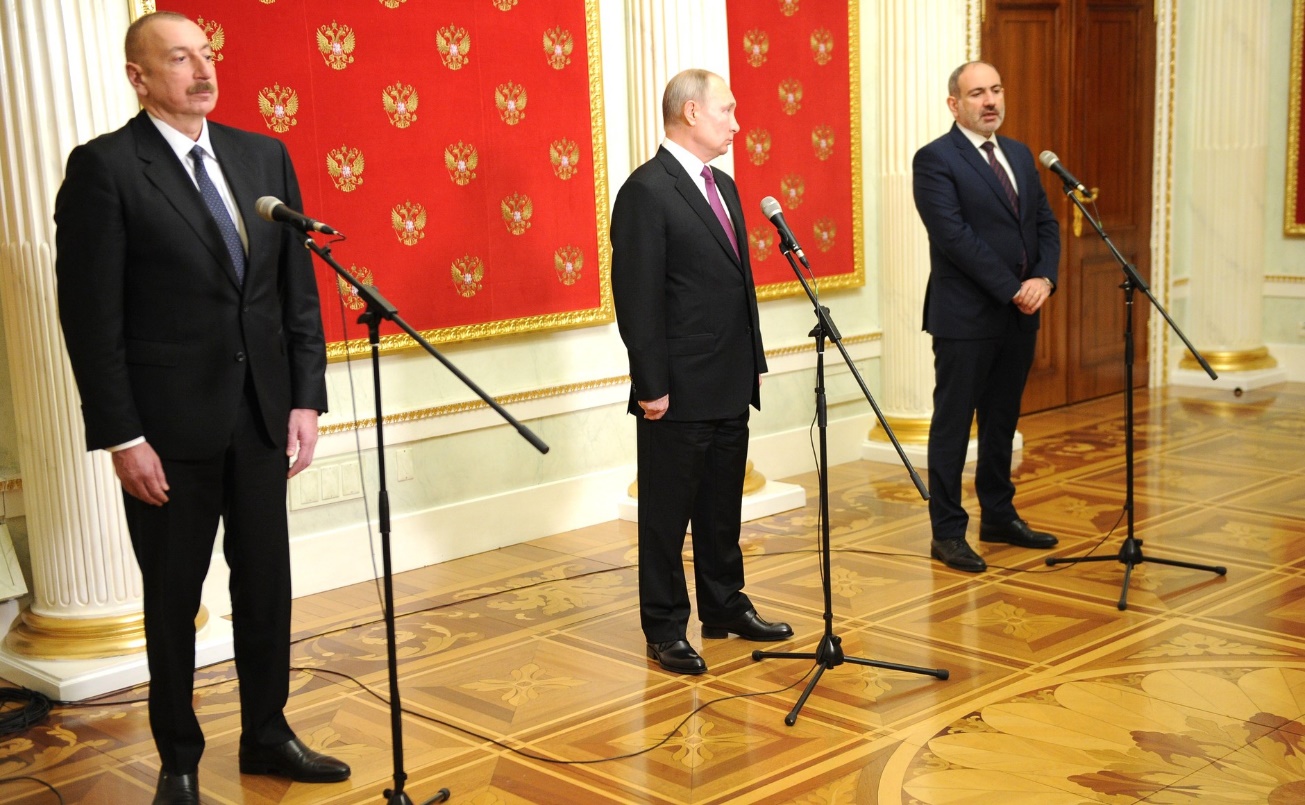 Russia remains the only real stabilizing factor throughout the Caucasus

Both conflicting countries remain full members of the organization, which means that they will have to work in person and with each other in any case. Russia will push them to points of contact, while remaining an arbiter and acting as a guarantor of security - no matter how much anyone likes it, or not.