Is it NATO for Russia?

Will The North Atlantic Alliance reform, finding new meanings for its existence, or continue to degrade, draining the resources of its member countries and undermining global stability?

As the correspondent of The Moscow Post reports, the day before the former Minister of Defense and Interior of Germany Thomas de Maizière gave an interview to the Swiss SRF, where he gave a whole series of arguments about the NATO crisis and the measures that are being taken to solve it. He mentioned internal conflicts, the key one of which today is relations with Russia - some consider the policy towards it too tough, others - too soft.

The reasoning of the former functionary of the North Atlantic Alliance coincided with a large annual press conference with Vladimir Putin. The Russian President, answering questions for Russian citizens, gave several important signals to the West. He once again warned the world against an arms race, and noted the special relationship with Germany.

Putin's statements and publications in the western press should be considered in the context of changing milestones in the US White House. Biden, who won the election with difficulties, is now forming a new team that will determine the policy of the United States, and therefore NATO, for the coming years. The configuration of the system of international relations will largely depend on what choice Biden makes, despite all his bellicose rhetoric.

It is no secret that NATO is in a deep, it might even be said, existential crisis. In the functioning of the Alliance, the military-industrial circles of the United States are in desperate need. But why Europe needs this is a very big question. Whether better or worse for NATO, it is impossible to create new major "enemies" in the mass consciousness of Americans and Europeans. All the same Russia is on the arena, and China in addition to it.

But China is far away, and Russia is here in Europe. Even before Trump, Europe began to realize that it was being used to solve geopolitical problems, the goals of which are far from the desire to make Europe safe and prosperous. Meanwhile, the strategic concept of NATO is already ten years old. and in it, Russia was called a partner. the word "China" did not occur there at all. New technologies did not play a big role that time, and they did not find their reflection there.

"The concept has changed"

The old concept of relations, the debts of NATO countries to finance the Alliance (especially in Europe) and the constant pressure on Russia do not benefit the organization. A few days ago, Emmanuel Macron said that the Alliance was "in a coma."

Thomas de Maizière agrees with this too. He believes that in the internal relations of the 30 member countries, the expression of will seems to be frozen, ritualized, and there is not enough life in them. The development of a new strategic concept of NATO should help to move the situation from the dead point. But what can form its basis, except for the eternal confrontation with Russia and China? And if so, the world will not be stable and safe for a long time.

The key issue for NATO in terms of Russia is the deterrence of its nuclear potential. That is what Vladimir Putin said at his press conference, referring primarily to the situation around missile and hypersonic weapons. A strong blow to security and stability in the world was the unilateral withdrawal of the United States Treaty on the Limitation of Anti-Ballistic Missile Systems and the Treaty on Intermediate-Range and Shorter-Range Missiles.

An amazing "trick" - Russia continues to be accused of building up weapons, while the main driving force of NATO itself, without any consultations, leaves these treaties. It was such steps that spurred the Russian military and political leadership to launch several important military projects, which resulted in the unique projects Avangard, Zircon, Poseidon and a number of others.

Another milestone was the US withdrawal from the Treaty on Open Skies. "What should we do? I don't want to ask you this question, but what should we do in this regard? Leave it as it is? You, as a NATO country, will fly over us and transfer everything to American partners, and we will be deprived of such an opportunity in relation to American territory, won’t we? You are intelligent people, why do you think that we are idiots?", - Putin answered the question of the Western correspondent. RIA Novosti quote his words.

Why this point is important is because all of Russia's actions towards NATO over the past 30 years have been reactive. Russia is forced to defend itself, while the NATO infrastructure is moving towards our borders, all agreements on non-expansion of the Alliance have been forgotten, though it is our country that is being blamed.

At the same time, Putin assured that Moscow is ready to continue the dialogue on the extension of the  START-3 with the United States, which expires in February 2021, but "we need some reaction" from the American side.

Immediately, accusations were poured that Moscow was repeatedly offered a meeting, but it, they say, refused. This was stated by the Under Secretary for Arms Control Marshall Billingslea, as RBC writes.

It can be evaluated in different ways, but Putin's words at the press conference have a basis. Back in mid-October, The New York Times wrote that, if Biden wins the presidential election, he can give Russia what it wants - to extend START-3 without additional conditions. According to the publication, the treaty can take place almost immediately after the inauguration on January 20, 2021 - before the expiration of the contract.

This decision will have a decisive impact on the entire policy of NATO in the coming years, because it will show whether Biden is ready for a real dialogue in the interests of global stability, or will continue to escalate the situation, as he did during the election campaign, and as his predecessor, the current US President Donald Trump, did.

There are grounds for positivity. A few days ago, NATO Secretary General Jens Stoltenberg said at a joint press conference with the Prime Minister of Montenegro that he supported a combined approach in relations with Russia. It includes both caring for allies and dialogue with Russia to strive for a better relationship. He is quoted by RIA Novosti. 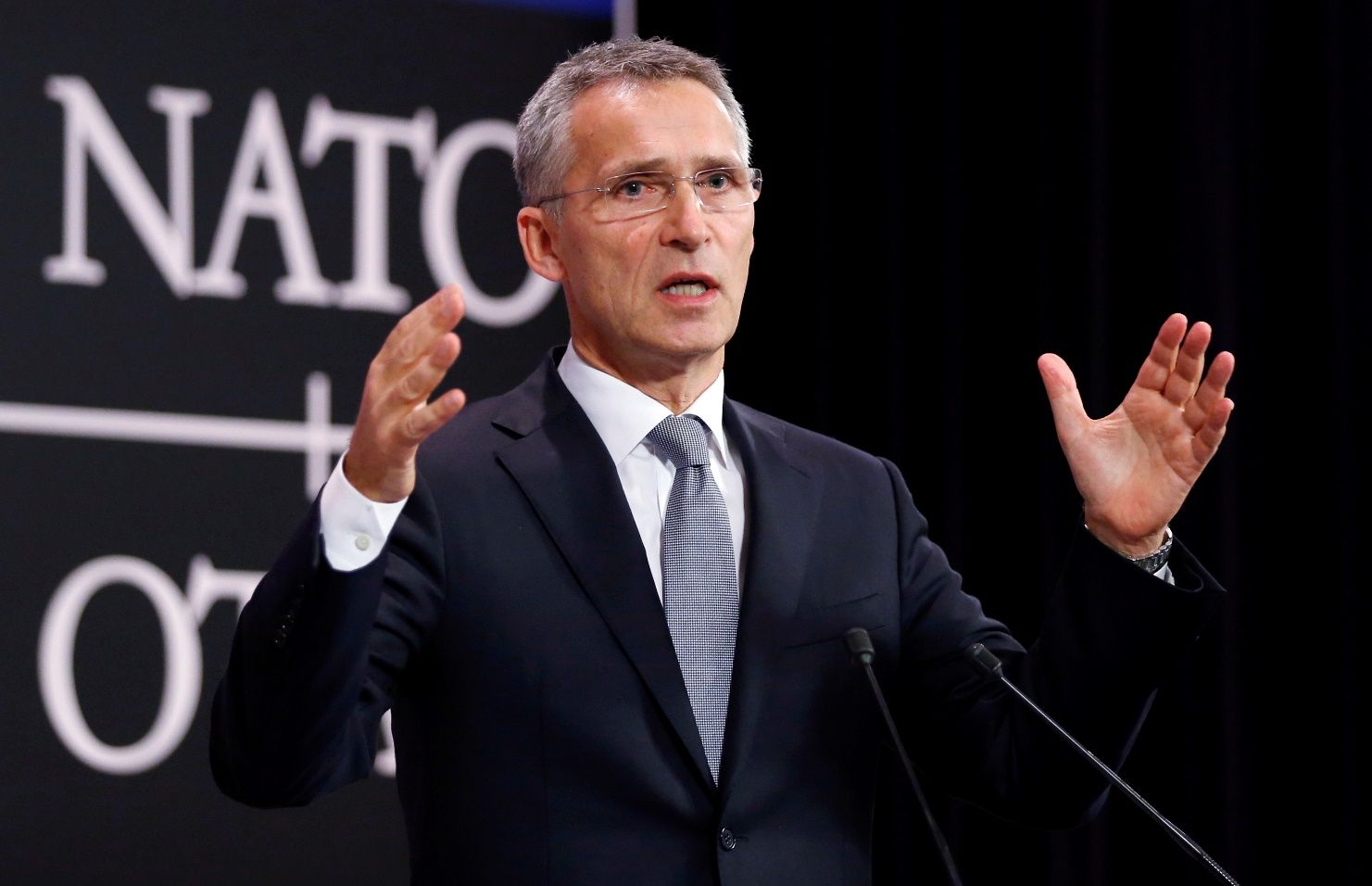 The statements of the head of NATO cause cautious optimism, but it was so before

Whether they want a dialogue with the Russian Federation or not, the principle of unanimity has become the main stumbling block in NATO itself. Justifying interventions and other pressures in different countries is becoming increasingly difficult for the United States. Therefore, Thomas de Maizière, clearly at the instigation of senior American partners, voiced a proposal to strengthen the role of the NATO Secretary General. And the possibility that in the future certain NATO members can do something without forcing others to participate. And the right of veto in the future only at the ministerial level.

In simple terms, NATO is tired of the necessity to force peaceful countries to join the aggressive American policy, and is going to give the head of the Alliance new powers to avoid the need to coordinate military actions.

Against the background of NATO's policy in Georgia, Ukraine and the Middle East, this looks like a threat of new military operations, when consensus will not be needed not only in the UN, but also in the Alliance itself. Whether these proposals will be implemented, whether NATO will get a new breath, or whether it will be reformatted in the interests of the entire world community, will become clear after Biden's inauguration.

In this light, there is little doubt that compared to the Western Alliance, Russia is, as Putin said, "white and fluffy." Of course, this is a metaphor, but cognition comes through comparison - the inhabitants of Libya, Syria, Iraq, and now Ukraine can confirm it.