The next round of negotiations to return to the JCPOA is taking place against the backdrop of growing military tension and huge skepticism about their prospects.

According to the correspondent of The Moscow Post, today in Vienna, Austria, the eighth round of international negotiations will begin with the aim of restoring the Joint Comprehensive Action Plan of the JCPOA on the Iranian nuclear program. The format is the same - Iran, and five international mediators represented by Russia, Great Britain, Germany, China and France.

Recall that the nuclear deal, which essentially deprives Iran of the opportunity to develop its own nuclear program in exchange for lifting economic sanctions, was concluded between Washington and Tehran in 2015 under the Barack Obama administration. The next head of the White House, Donald Trump, withdrew the United States from this agreement, and the new president, Joe Biden, initiated a return to negotiations.

"Let's be objective and not forget that the root cause of all current problems is precisely in the US line, and not in Iran," said Polyansky, speaking at a meeting of the UN Security Council. That is, Washington was the initiator of the breakdown of the nuclear deal. Domestic political upheavals, the struggle of Democrats and Republicans, Trump and Biden - we will leave the States themselves. The amount does not change from changing the places of the terms.

And Biden is really making an effort to get the deal back. But the effort is weak, ineffective, because Biden's main focus is shifted to the problem of China and attempts to achieve some kind of political balance with Russia, despite the opposition of the political establishment of the States.

Nevertheless, the topic of Iran became one of the key in the conversation between Vladimir Putin and Joseph Biden via video link. Well, in Tehran, against the background of Washington's global weakening, they probably think - and why do we need this? The sanctions regime against Iran continues to apply, sabotage is committed against the country's nuclear facilities and persons participating in relevant state programs.

The very resumption of negotiations a few days before the New Year, a few days after Catholic Christmas, that is, during the festive period, looks strange. Usually, at such a time, the activity of negotiations decreases. At the end of last week, the Permanent Representative of the Russian Federation to international organizations, Mikhail Ulyanov, explained that they had now decided not to wait for the speedy achievement of agreements.

His words sound in an extremely disturbing situation. Negotiations really should be intensified, the focus should be shifted to them, because the situation continues to heat up. On the eve of the armed forces of the Islamic Republic conducted training firing (but rather demonstration) ballistic missiles and barging ammunition on the model of the Israeli nuclear center in Dimon during the army exercise "Great Prophet 17."

Later, the commander of the Iranian Islamic Revolutionary Guard Corps, Hosseini Salami, called it a "warning to Israel." Allegedly, this was a response to information about Israel's plans to hold exercises in the spring of 2022, within which an attack on Iran's nuclear facilities could be worked out.

In the meantime, the confrontation between the two states continues in Syria, where Israel inflicts active airstrikes on the positions of armed groups loyal to the Iranian leadership. At the same time, Israel is rarely recognized in strikes on this country, and in the future means a possible increase in tension between the Russian Federation and Israel.

The Russian Federation provides military-technical, humanitarian, moral support to the official Syrian government. Meanwhile, they say that the targets of Israeli attacks are far from only representatives of the Iranian-friendly Hezbollah, but also Syrian military targets themselves.

According to Kommersant, the situation is extremely nervous for Russia. The Russian Federation managed to build good, constructive relations with Israel. Both with previous Prime Minister Benjamin Netanyahu and with current Israeli Prime Minister Naftali Bennet. According to rumors, Vladimir Putin had a very good personal relationship with the latter.

In October 2021, on the eve of a meeting with the President of the Russian Federation at the Bocharov Ruchey residence, Bennet called Putin a true friend of the Israeli state. Constructive cooperation has been established between the military of the two countries in order to prevent military incidents in the territory of the Syrian Arab Republic.

But this applies directly to the Russian military, and not to the Syrian side, with which Israel has long-standing tense relations. The SAR has not yet come to terms with the occupation of the Golan Heights, and a new war is almost on its verge.

To prevent it, or at least reduce heat, the parties, including the United States, urgently "pedal" the continuation of negotiations on a new nuclear deal. Although the prospects for its conclusion, experts assure, are less and less. Allegedly, in the face of a global weakening of the United States, Iran sees no point in compromising again. There is something more important - China.

In the summer of 2021, Iran and China entered into a large-scale agreement for a period of 25 years. The agreement on comprehensive cooperation includes cooperation in the economic and cultural fields, it was signed in Tehran by Chinese Foreign Minister Wang Yi and Iranian Foreign Minister Mohammad Javad Zarif. Among other things, the treaty involves the supply of Iranian oil to China.

To understand: Iranian exports provide about 25% of all China's oil needs. That's a lot, a strategic amount. This means that Iran has entered a big game, and has become a factor in strategic stability for China. With the end of the pandemic, the need for energy will increase further as the economy recovers. That is, again, as in a spiral, the geopolitical significance of the Middle East will sharply "jump."

In this context, there is already talk that the topic of returning to the JCPOA should be tried to be linked with the negotiations between the Russian Federation and the United States on strategic stability. This is frank profanation, but not devoid of a certain meaning. The Russian Federation is the only negotiator equally distant from everyone, who (to a certain extent) is trusted by Iran. 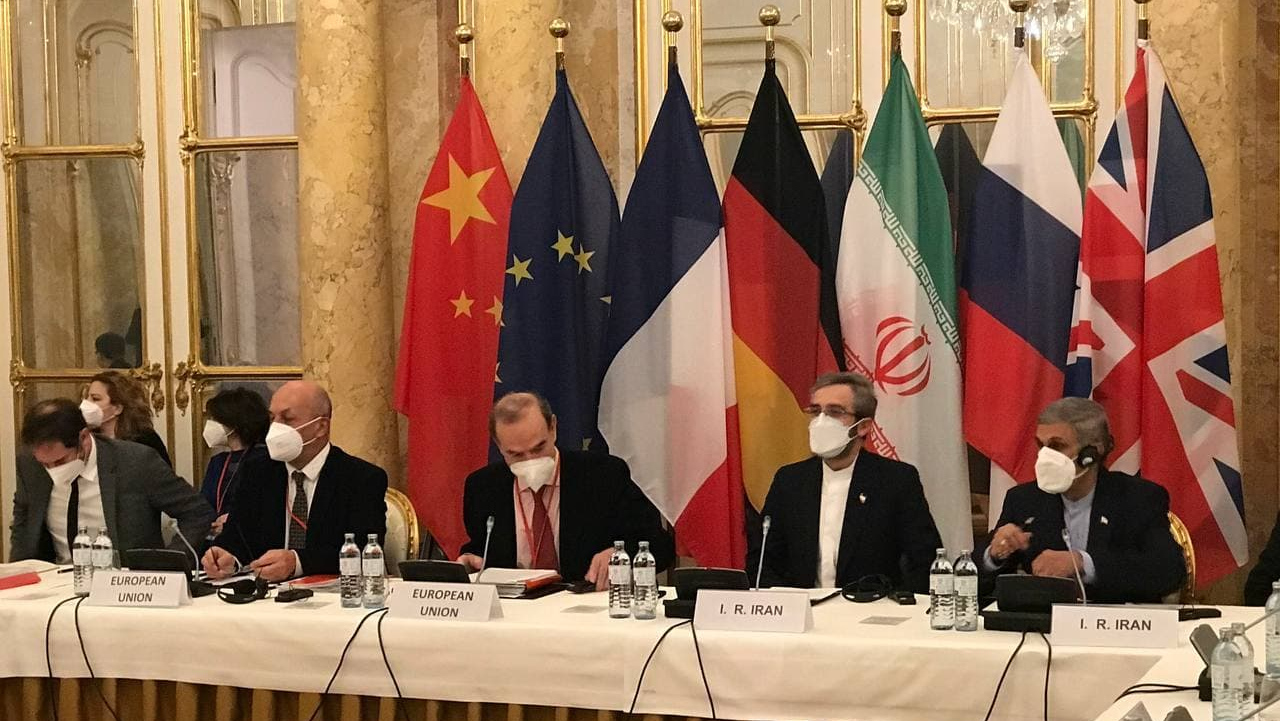 Recall that negotiations in Vienna have been going on since April 2021. It is stated that all parties seek to restore the JCPOA to its original form. So, the parties have determined what US sanctions against Iran should be lifted, and a list of steps in the nuclear field that Iran must take to return to its nuclear obligations.

In general, experts see fewer and fewer prospects for a return to the JCPOA, but no one sees an alternative to negotiations yet, because the alternative is a new "explosion" of the Middle East. And no one needs this, and certainly Russia does not need it.