The United States compensates for the failure in Afghanistan with "decisive actions" against Iran. This approach will not lead to anything but increased tension, and the PR effect will be much weaker than American strategists expect.

According to The Moscow Post correspondent, Israel, through the mouth of its new Prime Minister Naftali Benet, announced its intention to create a coalition of Arab countries that want to limit Iran's influence in the region. According to Benet, at a meeting with US President Joe Biden, he will present his new strategic vision on this issue.

We are talking about creating a coalition of rational Arab countries that "will fight back and block this expansion" (Iran). The meeting of the two leaders will take place tomorrow, August 26. This will be their first conversation in the current status of president and prime minister. And the background for it will be not only the results of recent elections in both countries, but to a much greater extent - the failure of the American mission in Afghanistan.

The seizure of power in this country by the Taliban (a terrorist organization banned in Russia) was both predictable and sudden. He paid serious attention to the alignment of forces in the region - in the context that Western analysts fear Iran's strengthening amid problems with Afghanistan.

Crowds of refugees are already besieging the borders of this long-suffering state with the countries of Central Asia. And China and Iran actually recognized the new management of the country in Talibs (Taliban is the terrorist organization, it is banned in the Russian Federation). At the same time, China continues to invest in Afghanistan, as nothing has happened.

Iran does not think at all to stop its nuclear program - in the context of all events, the United States is now unable to exert sufficient pressure on it. Negotiations in Vienna on the new Iranian nuclear deal have not yet led to results - for Iran it becomes less and less meaningful.

Recall that presidential elections were also held there very recently. The victory for them with a result of 61.9% of the vote was won by the ultra-conservative Ibrahim Raisi. Raisi is considered a close person to the spiritual leader of Iran, Ali Khamenei. After a series of sabotage and deaths of representatives of the Iranian nuclear program, the most high-profile of which was the murder of the head of Iranian nuclear physics Mohsen Fahrizadeh, Raisi does not intend to make concessions. 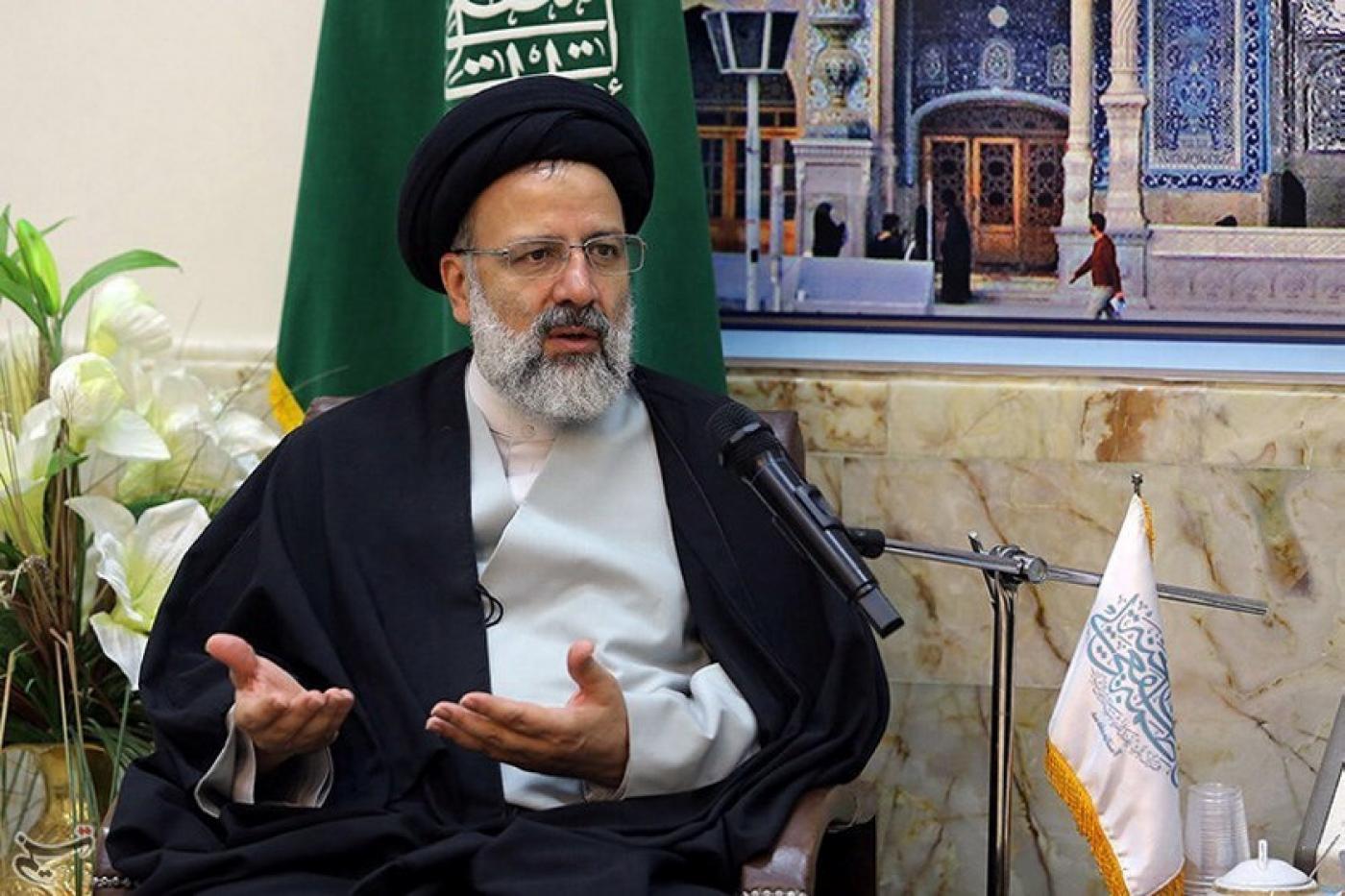 Just like Benet does not intend to go to them. Moreover, it seems that Israel even believes that it will not be possible to resolve the situation peacefully. The Israeli Prime Minister also made such a statement on the eve of his visit to the United States.

"My government will not annex Palestine and will not create a Palestinian state, everyone understands this," TASS quoted him as saying.

Benet also said that he did not intend to stop the policy of building settlements in the Palestinian territories. He also walked away from answering the question of whether he intends to block US President Joe Biden's plans to restore the US consulate in East Jerusalem.

According to RIA FAN, the center of the discussion will be the prospects of returning to the Joint Comprehensive Action Plan (JCPOA) to limit Tehran's nuclear program in exchange for lifting Western sanctions. The Israeli side is convinced that Iran's nuclear program has gone too far. This makes it impossible to return to the JCPOA.

But after all, sanctions against Iran (much tougher than restrictions on Russia) do not work. The sanctions policy has failed, and the recent cooperation agreement between Iran and China (a terrible dream of the United States) makes such restrictions meaningless.

According to the agreement, which was concluded for 25 years, Iran will continue to supply oil products to China. Supplies from Iran provide up to a quarter of all supplies of these resources to the Middle Kingdom. This fact alone makes any attempt to isolate Iran totally futile. Therefore, it pushes him even more along the path of confrontation.

Do Tel Aviv and Washington not understand this? They understand. But for the United States, this definitely makes sense. Now it is necessary for both domestic audiences and client allies to show that America is strong, continues to support "democratic regimes" around the world and is ready to fight back against Iran. Even if for the United States itself it is no more than an information special operation, a planetary PR.

A number of leading Russian media outlets, including Nezavisimaya Gazeta (which is difficult to suspect of "anti-Americanism"), write bluntly: "America can recoup in Iran for the Afghan shock." That seems to be the new-old Israel plan Biden is going to present to Benet.

The current situation offers Israel an excellent chance to persuade Washington to abandon peace negotiations with Tehran. The Americans are the only ones who have a credible significant military plan that does not involve hostilities on earth - quotes Nezavisimaya Gazeta Western analysts.

According to them, the shock that both the presidential administration and the public in America experienced can have "the exact opposite effect." According to this assumption, a humiliating failure in the Afghan direction could force Washington to show its strength in other arenas, including in the Middle East.

In this sense, "does not imply hostilities on earth," it sounds extremely doubtful. Meanwhile, it is obvious that we will be talking at least about large-scale operations in cybernetic space. In addition, will the Israeli military consider the attack of drones on Iranian nuclear facilities, as well as tankers and other ships in the sea space, combat on the ground? 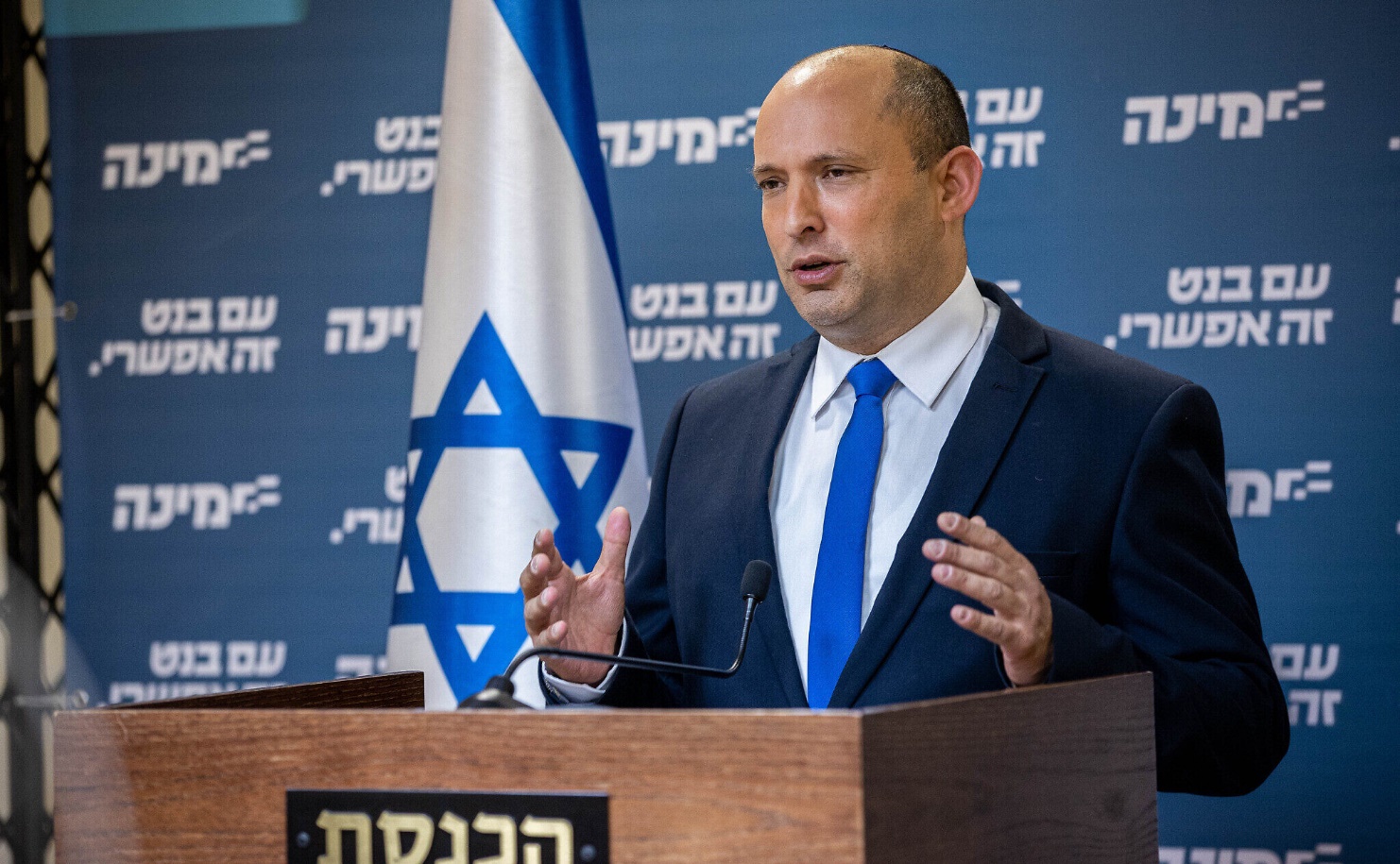 Naftali Benet will try to take advantage of US failure in Afghanistan, bowing Washington to new actions against Iran

In practice, this means an attempt to intensify the efforts of the international community to pressure Iran, which Russia and China will resist. That is, this plan is doomed to failure in advance, and the US failure in Afghanistan cannot be blocked by decisive actions against Iran now. This is likely to heighten already high tensions in the Middle East and Central Asia.

His own, separate interest in other major players. Turkey is pursuing its goals by trying to use both relations with Moscow and relations with NATO allies to move its agenda. And Turkey, albeit not an Arab state, will certainly be considered by the same Iran and the United States as a ram of Iranian interests in the region.

In this context, Russia still has the same role of a mediator and an equally distant negotiator who can help the parties come to a compromise. However, given Mr. Benet's words and the general policy of the States in the context of the Afghan failure, it seems that compromise with Iran is not what Western states seek.