"Integration" operation, or " give three billion"

When Lukashenko was "relieved", he again returned to trying to sit on two or even three chairs, but Moscow no longer intends to tolerate delays in the integration of the Union State.

According to the correspondent of The Moscow Post, Moscow and Minsk are preparing for a meeting of Presidents Vladimir Putin and Alexander Lukashenko. It can take place at the end of February. On the agenda there are issues of integration of the Union State, military-technical cooperation, as well as, probably, new loans to the Belarusian side.

According to unofficial data, one of the key topics should be the new Constitution of Belarus, the creation of a government of national accord and the transit of power in the fraternal republic, which was discussed at the meeting of the two leaders in Sochi in September 2020.

Meanwhile, after the acute phase of the internal political crisis in Belarus has passed, Alexander Lukashenko is not in a hurry to implement the agreements, and again gradually changes the rhetoric towards Moscow. "Relieved", it is possible again to play "both yours and ours", trying to sit on two or even three chairs at the same time, isn’t it?

"The presidents will have good material on the table to discuss the future of our relations," Belarusian Foreign Minister Makei said about the materials being prepared for the meeting. He did not exclude discussing the issues of "financial cooperation", but "this does not mean that Belarus will necessarily ask for loans and some kind of assistance." His words are quoted by RBC. 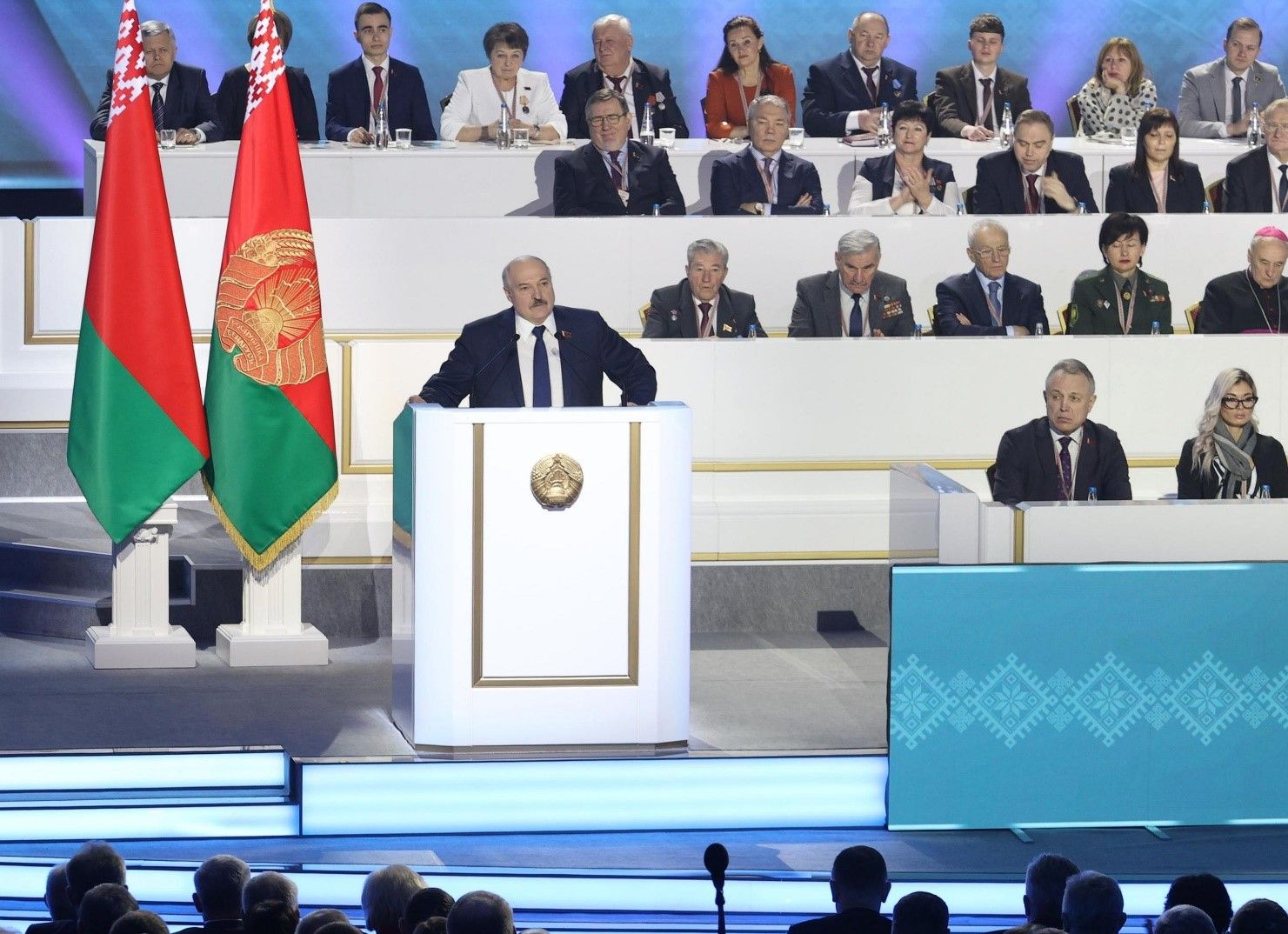 No, Mr. Makei, it looks like that's what's going to happen. Russia has already given Belarus a loan of $ 1.5 billion - just at the height of the political crisis, when it was urgently necessary to stabilize the economic situation in the context of the opposition strikes at Belarusian enterprises. Today, according to sources, we are talking about a new loan of $3 billion. At the same time, there is no clarity on when the money can be returned to the Russian budget.

At the same time, a new Constitution of Belarus is being discussed, which should take into account the deep integration processes within the Union State. However, this is an extremely slow process - almost six months have passed since the meeting in Sochi, where this issue was discussed. Russia sees "beating the air" in the performance of Lukashenko, who, not without the help of Russia, was able to stay in power.

Is it now again possible to slow down any integration, fearing to sacrifice personal power, even if it is harmful to the national interests of both countries? This topic was also raised at the All-Belarusian Assembly held on February 11, 2021 in Minsk. This is a kind of constituent talk room, where Lukashenko demonstrated another wobble from side to side instead of specifics on the future of the country and integration with Russia.

However, there was one specific thing. The draft of the new constitution should be developed this year, and it will be submitted to a referendum only in 2022. And then - it is not clear when exactly, at the beginning, or at the end, yet Batka himself speaks about the beginning of the year at least. His words are quoted by TASS.

Earlier, there were rumours that Russian President Vladimir Putin, pushing Lukashenko to take decisive measures to consolidate the Belarusian statehood and reduce the intensity of confrontation in society, allegedly insisted that the referendum be held at the end of this year. The same applies to the intensification of integration processes - at least in the economy.

According to experts, after zigzagging rhetoric Lukashenko from the Pro-Moscow to openly anti-Russian (let us mention a scandal with Wagner men as an example, which ended up as a provocation post-Maidan Ukrainian government), Moscow is not going to tolerate slow integration. Batka is expected to take decisive action. Instead, he uses another "trick" towards Russia - take at least the same economy.

"Take away" and reign?

A few days ago, it was reported that powerful administrative pressure and tax increases on the part of Belarus could lead to the seizure of the Transneft oil product pipeline on the territory of the republic. This is written by Moskovsky Komsomolets.

The interlocutor of the publication suggested that Minsk was trying to bankrupt the operator, and then nationalize it. The Belarusian authorities need the pipe to pump oil from Europe to their refineries. Currently, this pipeline supplies Russian diesel fuel to Latvia and Hungary, but due to the increase in taxes, this route is becoming unprofitable.

Since January 2020, the Belarusian authorities have increased the income tax from 18 percent to 50 percent for the environmental tax of 0.35 Belarusian rubles per ton of petroleum products per 100 kilometers. At the same time, the increase in the tax rate applies only to two pipes - the Belarusian JSC Gomeltransneft Druzhba, which transfers profits to the state budget, and Zapad-Transnefteprodukt.

A few months ago, Alexander Lukashenko, at a meeting with the workers of Gomselmash, said that he would never sell the company, even to representatives of Russia. At the same time, Lukashenko did not forget to mention that, according to the agreement with Moscow, Minsk would not give back part of the loans received earlier that year.

Is this the gratitude of Mr. Lukashenko for the helping hand extended by Moscow at a difficult time for the whole of Belarus? In the same context, we recall the situation with the resignation and arrest of the former head of Belgazprombank (a subsidiary of PJSC Gazprom) Victor Babariko during the 2020 election campaign. Despite the fact that at that time there were also rumours about Minsk's desire to "grab" the Russian structure, this could at least somehow be justified by some "anti-state activity, which was allegedly conducted by Babariko.

It should be noted that so far no serious evidence of this has been presented. But Lukashenko has previously hinted that "subversive activities" aimed at overthrowing him and destabilizing the situation can be financed in the country through this structure.

Continuing the topic of the stalling of the agreements reached in Sochi and the next slowdown in integration processes, it is impossible not to recall the November visit of Russian Foreign Minister Sergei Lavrov to Minsk. Before him, the Belarusian capital was visited by Russian Prime Minister Mikhail Mishustin, as well as Head of the Foreign Intelligence Service Sergei Naryshkin.

The visits took place against the backdrop of the then unauthorized protests and the riots caused by them, and experts attributed Lavrov's arrival precisely to the fact that since September 2020, Lukashenko has not lifted a finger to implement what he "sang" to Putin in Sochi.

What was discussed behind closed doors is not known for certain. However, if we assume that the topic was just that, it is not difficult to guess that at the meeting of the two presidents in late February, this topic will be raised again, and the tone of communication with Lukashenko will become even less complementary.

Perhaps this also dictated a whole series of curtsies in the direction of Moscow at Batka's speech at the All-Belarusian People's Assembly on February 11. At the same time, shortly before the meeting with Lavrov in November, Lukashenko already had backed, advocating the normalization of relations with the West.

There is nothing wrong with the question itself - of course, relations can and should be normalized. But this happened against the background of huge cash injections into the protests and street bacchanalia from the Western embassies. RIA Novosti wrote about Lukashenko's "manoeuvre". And the unconditional support of the power bloc should have given him a sense of confidence. So the rhetoric towards Russia is changing - from "help and support" to "give and do not bother"?

And if this was already then, in November, what will happen next, when the topic of pressure on Russia from the West will still subside? In any case, Lukashenko, as always, shows the wonders of political balancing. However, in the current situation with Putin, this will not work - Batka as they say, has eaten all the advances, and did not do anything for the new ones.

According to political analyst Valery Karbalevich, whose words are quoted by the authors of the Intex Press website, allegedly the main problem is that Lukashenko is sure that Russia simply can do nothing but to support him, whatever he does. Why the change of rhetoric? Although this, of course, is not entirely true. 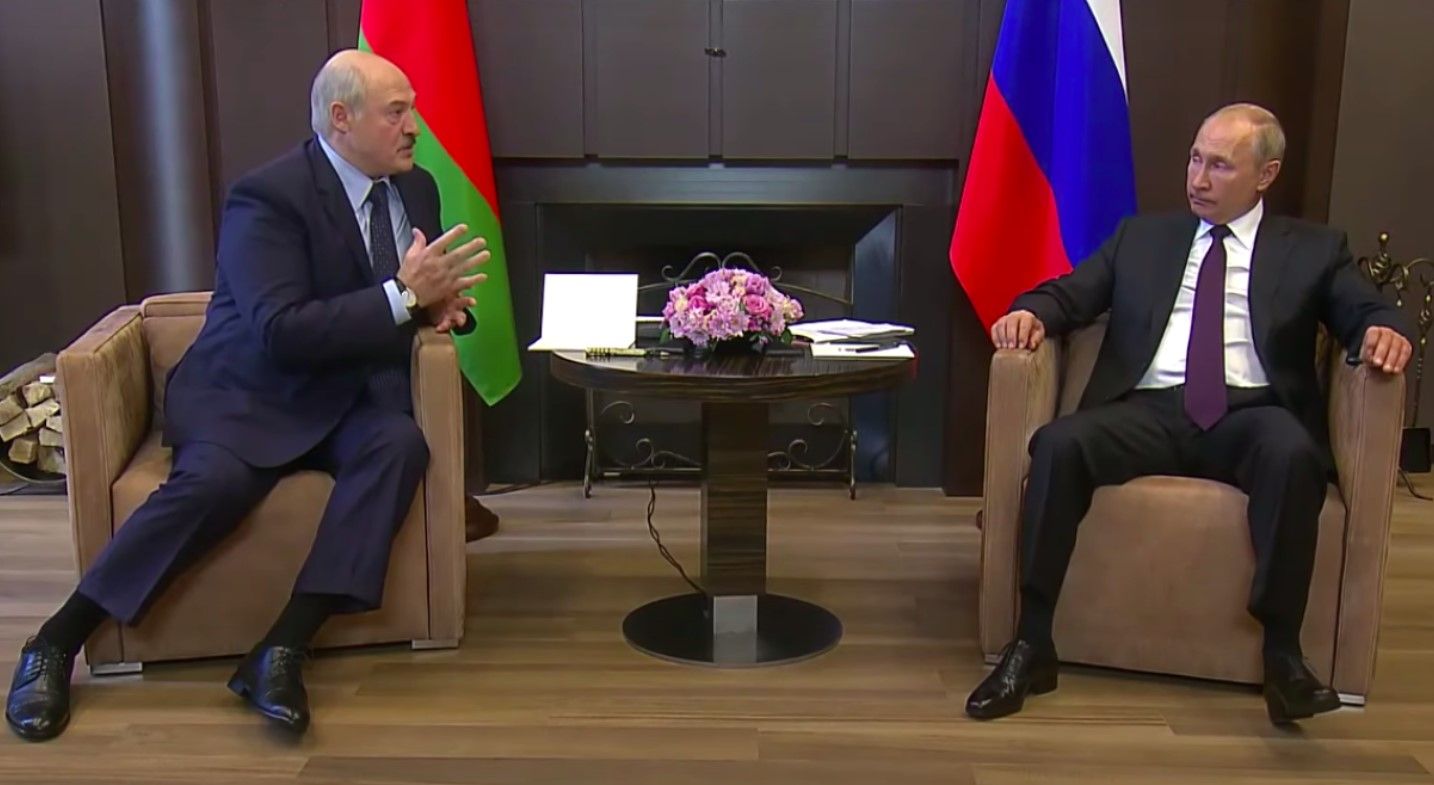 It seems that since the last meeting in Sochi, Lukashenko has almost nothing to show Putin as a result

All experts agree, and it is really hard not to agree with this, that the main problem for Lukashenko to leave power is the problem of guarantees. He is desperately looking for guarantees for himself and his family, rushing from side to side. But he must understand perfectly well that if he does not keep the situation in the country, then the only guarantee for him will be good relations with Russia and personally with Vladimir Putin.

Why sawing off the bough on which he is sitting? It seems that the answer is prosaic - it seems that he values his own power and himself in power more than questions of personal security. Does this bring benefit to Belarus and the Russian-Belarusian relations? We don't think so.