International pressure on Belarus has led to the most significant advances in the mutual integration of the Union State over the past 20 years.

According to the correspondent of The Moscow Post, a meeting between the presidents of Russia and Belarus Vladimir Putin and Alexander Lukashenko ended in Moscow. The visit was devoted to the deepening of integration between the two countries - 28 cooperation programs were immediately agreed upon. Now they need to be approved at a meeting of the Supreme State Council of the Russian Federation and the Republic of Belarus, which will be held until the end of 2021.

It seems that even the leaders of the states themselves were surprised at the content of the visit. They announced that our states are moving to a unified industrial policy. As Vladimir Putin noted, the parties managed to reach agreements on the implementation of a common macroeconomic policy, on the integration of payment systems, deepening cooperation in information security, in the customs, tax, energy spheres and in other areas.

In addition, the signing of documents on the unified energy markets of Russia and Belarus from December 1, 2023 was announced. It is noted that thanks to the integration of the two countries, citizens will receive equal rights and opportunities in the economic and social spheres within the framework of the Union State. New conditions will be created to improve their standard of living.

Even a few unexpected issues were discussed. For example, Alexander Lukashenko did not rule out the possibility of returning to the issue of a single currency of the two countries. It is significant that it was he who raised the topic at the final press conference, although in general this is more beneficial to Moscow than Minsk.

Putin considered that it was too early to talk about a single currency, because it was necessary to first establish macroeconomic policies. In the same block there was a conversation about the prices of Russian gas for Belarus. The result is that its value in 2022 will remain at the level of 2021, and it will not even be indexed to inflation.

In addition, Putin confirmed that he was going to visit Minsk, and also expressed the opinion that the countries were on the right path, and that Moscow and Minsk could get closer if necessary.

Thus, Alexander Lukashenko's visit was not on duty, but very meaningful, which our well-wishers in the European Union clearly do not like. The passage about deepening integration was largely addressed outside, and said in the context of the unprecedented international pressure that the conditional West exerts on Belarus and its leader.

In the same context, some pressing international issues were discussed. In particular, the situation in Afghanistan and the migration crisis on the Belarusian-Lithuanian border. The President rightly noted that Europe does not want to agree with Lukashenko on a solution to this problem. But at the same time, it requires RB to behave in a certain way.

This is a strage and stupid hypocrisy when Europe is ready to speak with the same Taliban (a terrorist organization banned in the Russian Federation) in Afghanistan on the issue of refugees, but does not want to discuss this with the legitimate leader of the European state. Politics in its pure form, devoid even of a raid of some moral principles.

Today they are trying to use the refugee situation to introduce new restrictions on Lukashenko and his team. But it turns out not very, and even comical. The Web is still laughing at Lithuania's project to build a wall on the border, which did not have enough barbed wire.

The Baltic countries can no longer independently produce these high-tech products - their industry has been destroyed, and a good half of the inhabitants are looking for happiness in other EU countries. Therefore, humanitarian assistance to Lithuania rushes to Ukraine, even being outside the EU and NATO. A poor country working to service loans to the IMF has agreed to provide several coils from the Ukrainian bar. Isn't that a joke?

Oddly and unpleasantly for Western partners, the acceleration of the integration process between Russia and Belarus was the result of a completely irresponsible, stupid, ineffective policy of pressure from Europe itself.

At first, the EU supported the coup attempt in the country, generously sponsored radical elements, and then gave them refuge and a platform to denounce the regime. Specialist in hot cutlets Svetlana Tikhanovskaya was raised to the banner just as Juan Guaido was raised in Venezuela at one time.

Only, unlike Tikhanovskaya, Guyado is a real politician with parliamentary experience and real percentages of support in society. But the result that is there that is the same here is a complete failure and new problems for those who tried to fish in the muddy water of the failed coup.

Now Europe is reaping the benefits, because Lukashenko has nowhere to go. He was simply pushed to the East - and there he is undoubtedly waiting for him. At one time, Viktor Yanukovych tried to sit on two chairs. The affectionate child of two uterus sucks - this is not about these situations. Simply, Lukashenko had enough strength and will to prevent the country from slipping into political chaos.

"Tricks" will not pass

Meanwhile, experts note that the situation with Belarus has seriously affected the model of behavior of Moscow with the allies. On the example of this meeting, and even before that in Sochi last year, we see that Russia will no longer provide political and economic assistance, without expecting anything in return.

Alexander Lukashenko will have to forget about his "tricks." Now they are ready to meet him only with the concrete advancement of the integration processes of the two countries. This is a new, tougher and more pragmatic line so far justifies itself. 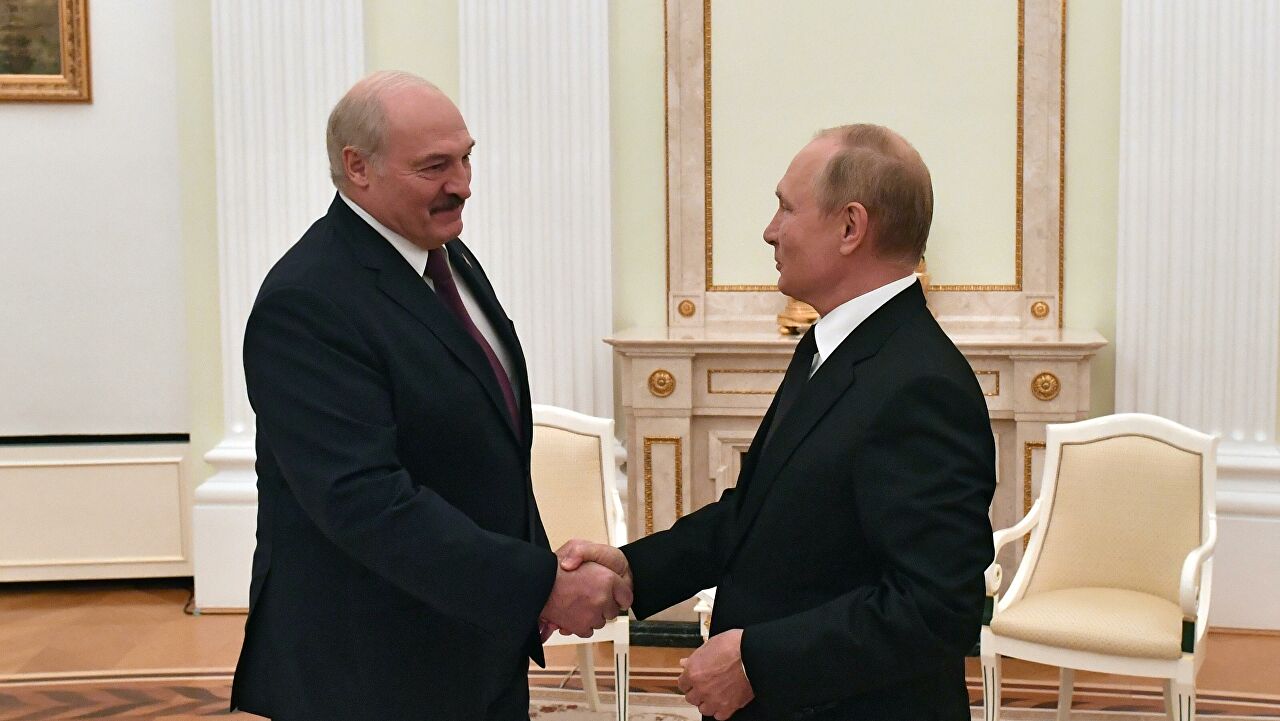 In addition, in March, a constitutional reform process was launched in Belarus. A special commission has been assembled to amend the Constitution. It should present the results of its work before the end of the year. It is believed that Lukashenko is pushed on such a path by Putin, who himself is interested in the maximum legitimacy of the current Belarusian authorities.

It turns out that, with all other equals, the crisis in Belarus and geopolitical pressure on our countries pushed the integration of the two countries, moved it off the ground. For Lukashenko, the question of power is a question of guarantees, and no one can give him guarantees except his own citizens and Moscow. The time of geopolitical equilibritics is over.

17 January, 7:53
Stylistics lessons from the Russian Foreign Ministry: "The main format is Russia-USA and a little Russia-NATO"
See also