Instead of "insanity" Psaki

The appointment of Jen Psaki as Joe Biden's press secretary guarantees a return of aggressive rhetoric of the Ukraine crisis time to the White House.

According to the correspondent of The Moscow Post, the  President of the United States Joseph Biden continues to introduce members of his team. Despite the fact that not all the points are set on the results of the presidential election, the Democrat is already drawing the contours of his foreign policy doctrine, and the personalities there are very indicative.

The latest in this series - words about the intention to appoint Jennifer Psaki as a White House Press Secretary. A very well-known figure in Russia, famous for her incompetence, ignorance of the subject of conversation, but very loyal and ready to reproduce any nonsense that the authorities order. Even if it's an outright lie.

Psaki is better known to our public for her work as the press secretary of US President Barack Obama. The one who supported the coup in Ukraine, and then acted as the main "locomotive" of anti-Russian sanctions in the world. Psaki was the talking head of Obama, and then, during the crisis of 2013, moved to the position of official representative of the US State Department.

In this post, she was noted for a number of expressions that became set phrases that revealed a complete disregard for the facts on the part of the American administration.

One of the most curious  Psaki’s speeches already in the State Department was a story about alleged violations during the referendums in the Donetsk and Luhansk regions, as a result of which the DPR and LPR were formed. However, she could not explain what violations there could have been.

In the end, Psaki said only about the carousel, but when journalists began to find out what was meant, she honestly admitted that she simply did not know what it was. To the laughter of the audience, she promised to clarify this with her colleagues. Moskovsky Komsomolets wrote about that situation.

Even more curious were her statements related to geography. It turned out that Ms Psaki (and maybe the entire Obama administration, and now Biden?) is not good at post-Soviet geography.

In June 2014, she said that there were no refugees from Ukraine in Russia. And those who were fleeing on the other side of the border were not refugees at all, but tourists who were attracted by the beautiful healing air of the Rostov mountains. Her words are quoted by Komsomolskaya Pravda.

Psaki did not care about the fact that there are no mountains in the Rostov region. The main thing is to present the position of the State Department, where Russia looks in the most unsightly light. Many foreign media are also completely unaware of the landscape features of the Rostov region, and spread this nonsense in their publications. 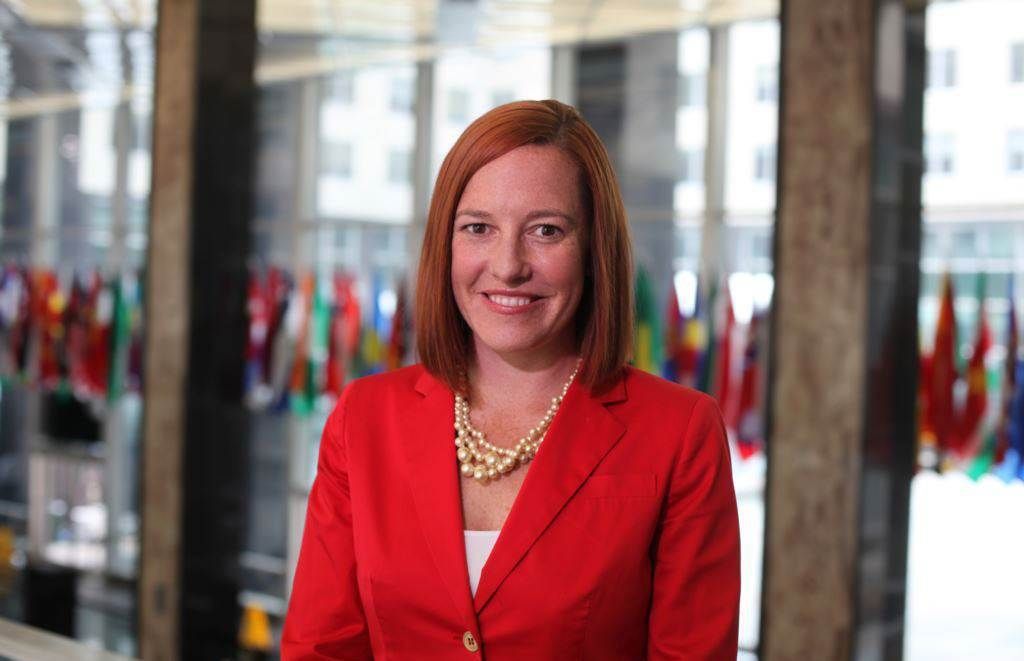 How many more "expressions" will Jen Psaki give us?

There is a more frightening version: the White House really has no idea if there are mountains there. How much good could such politicians bring to the world? You know the outcome - the civil war in Ukraine in a sluggish phase continues to this day.

Psaki was not the only woman in the communication block of the American leader. To be more precise, they are all (to a single) women. We have nothing against women in the highest positions, but many experts believe that their appointments are not the result of professional decisions, but of pressure from the left-liberal wing of the Democratic party, feminist organizations and the Black Lives Matter movement.

Symone Sanders, another senior aide to Biden in the election campaign, will receive a post of a senior advisor for Vice President-elect Kamala Harris, and Kate Bedingfield, a former director of communications in the presidential campaign of Biden, will lead the operations of the press in the White House.

The issue of gender equality is hanging in the air. But more important is the fact that with such a team, even neutral rhetoric about "wild" and "lout" Russia (in the view of American left-liberals) should not be expected  at all.

Besides communications, what about those who will make the very decisions that these ladies will try to whitewash and put in the right light? Biden says that he is going to appoint Anthony Blinken as Head of the State Department. The latter is a former US Deputy Secretary of State, a real hawk and an ardent Russophobe like McCain.

In fact, in the case of Russia, the differences between Democrats and Republicans are fading, and the only question is the degree of illegal pressure they want to exert, and how far they intend to go, ignoring all the norms of international law.

The close appointment of Blinken was reported by Interfax. Journalists recalled that Blinken in 2013-2015 was the Deputy National Security Adviser to Barack Obama. That is, the policy of inflating the conflict in Ukraine, imposing sanctions, throwing hundreds of fakes about the atrocities of the militia and the evil hand of Russia - this is also his handiwork.

It was he and members of his team who incited international criminals in Ukraine - Turchynov, Parubiy, Poroshenko - to smash the rebellious residents of Donbass. And not only them, but even outright criminal elements, bandits like "Semyon Semyonchenko" (militant, field commander, real name Konstantin Grishin). Simolar to other radical nationalists, in the process of which criminal cases related to them were opened.

Another Biden appointee known to Russians is former secretary of state John Kerry. He will become the US Special Presidential Envoy for Climate, and has a reputation as an outspoken leftist. And again - another singer of anti-Russian sanctions.

It is interesting that Kerry was blamed not only in outright lies, but also in a corruption scandal. Kerry could try to support his children from his first marriage at the expense of the second spouse, while using the pocket of the US State Department. 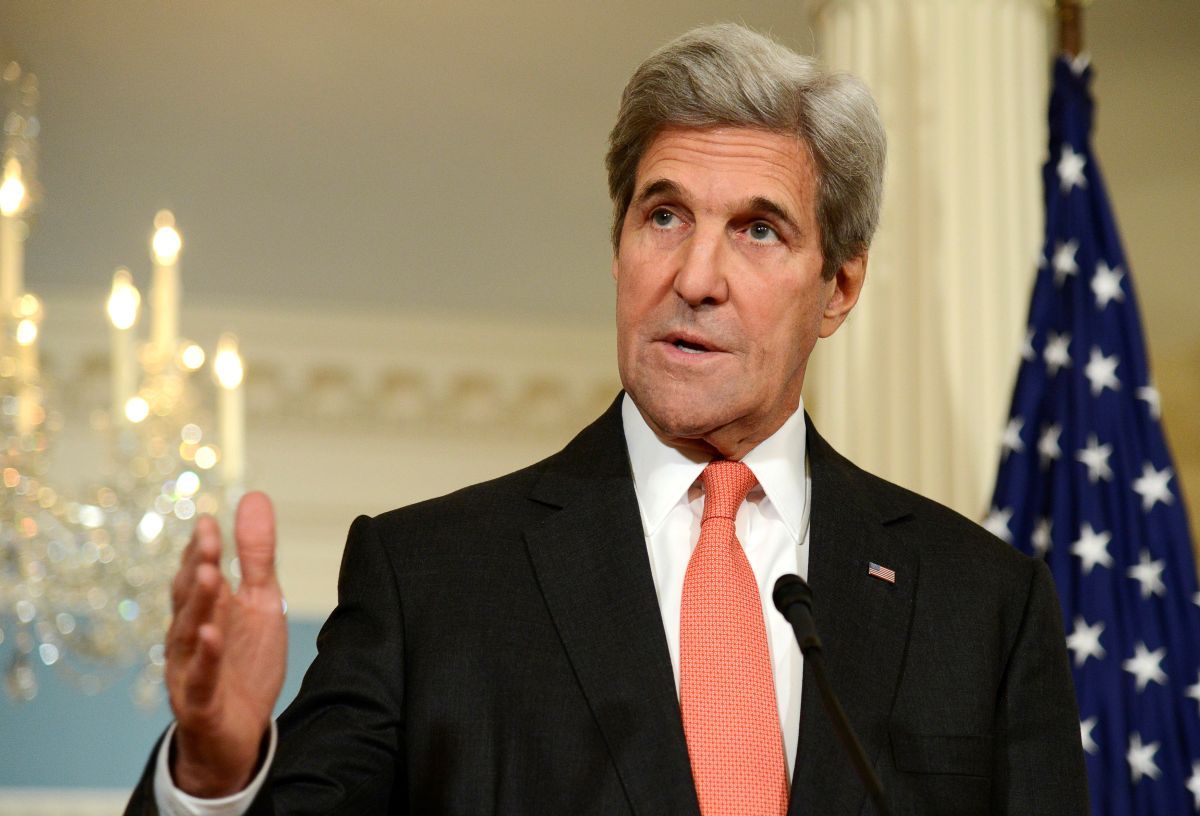 John Kerry is another character familiar to Russian people. So much for the "change of power".

According to the authors of the Maxpark website, allegedly in 2016, the latter allocated more than $9 million from his budget through the American Peace Corps to a non-profit Foundation organized and led by Vanessa Kerry, the daughter of the then secretary of state.

Of course, there was no question of any competitive procedures or transparency of spending funds at that time. Now Kerry is once again returning to big politics, and this case does not bother Biden. Why should it bother him? After all, almost everyone knows about the situation with the Ukrainian company Burisma, where Joe Biden's son Hunter sat on the Board of Directors. Tens of millions of US dollars taken from the Ukrainian budget could be stolen through it.

To sum up, Joseph Biden is forming an extremely aggressive team to conduct foreign policy and build an appropriate communication model. It's not even about the outspoken Russophobes at these positions, but the fact that they do not seem to be interested in objective reality at all.

They will adjust the existing realities to the not always adequate vision of Biden and other sanctioned "singers". And when incompetence meets strong personal dislike, a balanced policy can be forgotten. Very dangerous in the case of a powerful country like the United States.