"Hunters" from a big road

The United States uses Russian detainees as hostages in its own political games.

According to the correspondent of The Moscow Post, the Russian Foreign Ministry said that the United States has been conducting a real hunt for Russian citizens in third countries since 2008. The purpose is subsequent extradition to the United States. The number of such cases has reached half a dozen and continues to increase.

As the Commissioner of the Russian Foreign Ministry for Human Rights, Democracy and the Rule of Law Grigory Lukyantsev said, when our citizens appear before the American justice system, they begin to be under tremendous pressure from US law enforcement agencies. The official quotes RIA Novosti.

As Lukyantsev noted, people are trying to persuade to conclude a deal with the investigation, after which they can claim mitigation of punishment. Meanwhile, many of the accusations made against the Russians are often unfounded.

Such mild language Lukyantsev is most likely caused by his diplomatic status. In fact, everything looks much worse. Russians are not just pressed in American prisons. They are trying to use each such case in anti-Russian propaganda and behind-the-scenes political games. After all, it is known that the Russian side is making every effort to rescue its citizens from someone else's captivity.

All this is actively used in the domestic political confrontation in the United States itself between Democrats and Republicans. Only such steps will have little connection with the declarative struggle for human rights and a certain (presumably mythical) rule of law in the "kingdom of democracy."

Artificially created and inflated anti-Russian hysteria in the States has already led to the fact that in the American media any detained Russian is immediately declared either a spy, or a hacker, or, at the worst, just a fraud and a fraud.

At the same time, the real negative consequences of such actions for Russian-American relations seem to remain on the sidelines. The fact is that for the sake of cheap PR and petty revenge, the US administration is ready to continue to worsen relations with Russia - that is, act against its own national interests.

Here are just a few cases that everyone is hearing. In July 2021, a federal (we emphasize) court in the American city of Hartford, Connecticut, sentenced Russian Pyotr Levashov to a term already served in the hacking case.

The prosecution sought for Levashov from 145 months (12 years and one month) to 175 months (14 years and seven months) in prison. At the same time, the judge took into account many aggravating circumstances, and called only one mitigating - a guilty plea. Although there were others - the presence of young children, difficult life circumstances that pushed Levashov to commit a crime. Among the negative factors for Levashov were the fact that other cybercriminals could allegedly take advantage of the fruits of his works.

However, Levashov, indeed, himself pleaded guilty. Another situation is with the famous Russian pilot Konstantin Yaroshenko. He did not admit his guilt, and the circumstances of his detention are frankly scandalous. Yaroshenko became a defendant in a diplomatic incident between Russia and the United States, he was arrested in May 2010 in Liberia as part of the Operation Rilentles (Merciless).

After extradition to the United States, he was announced in the transportation of large quantities of prohibited substances, the court sentenced him to 20 years in prison. The appeal of the verdict remained in force, and since then Russia has been fighting both for the return of the pilot home and for the conditions of his detention in the United States to be acceptable and meet international standards. And there are clearly problems with this.

Earlier, Russian President Vladimir Putin said that Yaroshenko has health problems, but the administration of the American prison does not pay attention to this. At the same time, Putin said that Russia was ready to discuss issues on prisoners. His words are quoted by RIA Novosti. 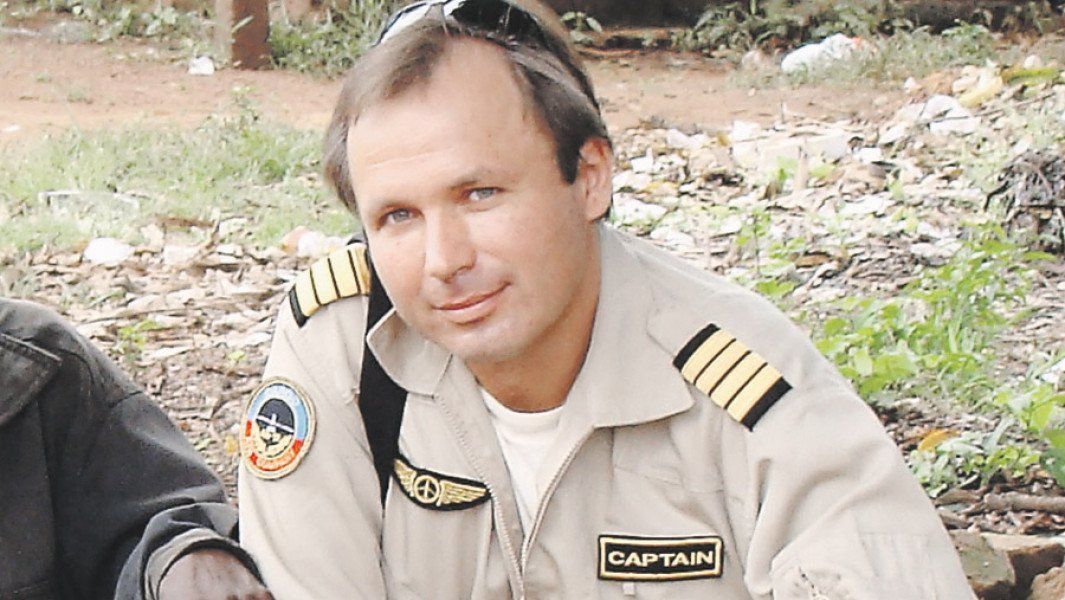 Konstantin Yaroshenko has been in an American prison for ten years. Evidence of his guilt - unconvincing

Note that the family of Yaroshenko, who spent 10 years in prison, also uses all available methods for his return to his homeland. Recently, the pilot's wife turned to US President Joe Biden with a request for pardon from her husband. However, this is hardly to be hoped for.

Another case is known, with a happier ending. We are talking about the return to Russia of US citizen Maria Butina. She was deported from the United States after serving a prison term of one and a half years.

Butina was accused of conspiring in the interests of the Russian authorities, but the world did not see real evidence. The essence of the claims is that she allegedly tried to create an informal channel of communication between American politicians and Moscow to advance Russia's interests.

As if she had "ambitious plans," but only managed to get acquainted with several politicians in the United States and get to a couple of closed events. All this looks very doubtful, as well as her deportation.

According to evil languages, if there were real evidence against Butina, no one would convict her for such a short time, and even more so would not let her go home like that.

However, diplomacy also played a role here - then Donald Trump was in the White House, who was considered more a businessman than a savvy politician, was more practical and rational than the current Biden administration.

What Jupiter is allowed

In any case, the US shows rare hypocrisy, and not only in specific cases of human rights violations. Double standards in everything have become a familiar practice. What is only worth the situation in the Capitol in January 2021, when several people died. Shot in the back was a veteran of the US Army - an unarmed woman who entered the Capitol with other Trump supporters.

What did we see after that? A real witch hunt, a wave of repression and complete silence about human rights in the Western media about this case. It also concerns deaths in other parts of the world, only no longer American citizens. The recent terrorist attack in Kabul caused many to shudder, but what did we see on the websites of American news agencies? And Western in general.

We saw updates on the dead citizens of Europe and the USA. And the fact that dozens of Afghans were killed was ignored. And people trying to fly away from Kabul on the fairings of American aircraft.

The States should be responsible for this, but did at least one of the American state institutions stutter about possible sanctions against the American leadership? No, and the very thought of it seems incredible.

Hypocrisy is extrapolated to the international situation. What is only worth the murder of Saudi journalist Jamal Khashoggi on the territory of the diplomatic mission of Saudi Arabia in Turkey. The man, recall, was lured to a safe place, where he was killed and dismembered.

Everyone knows about this. But the Saudis are an ally of the United States in the Middle East. And therefore, complete silence is not only about this, but about the systematic violation of human rights (as it should be assessed in the United States) in the country as a whole. And now let's remember the case with fake poisoning of one convicted Russian oppositionist. Not a single evidence of any evil will of Russia towards him was presented, but the noise was raised to the international level.

We are not already talking about suppressing protests in the United States with the use of weapons and special means, for which they are trying to reproach everyone who can, but not themselves. And even so, the picture will be far from complete. 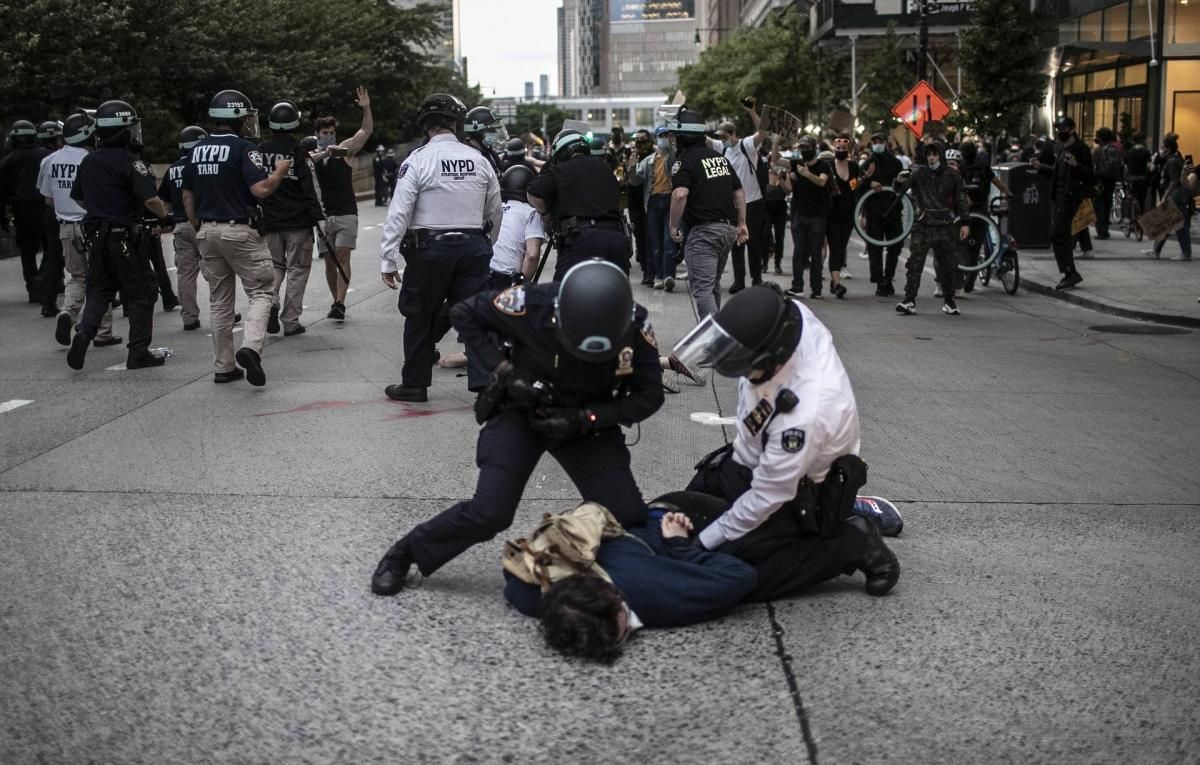 However, this approach works when the country itself is on the rise, at the peak of its strength, influence and capabilities. Today, when American hegemony is "bored," and inside the country is shaking from internal instability, such practices cause more and more rejection in the world.

Even US allies like Germany, who learned a few years ago that Grad's special services on the hill were listening to their political leaders, are murmuring. What are we for?

For nothing, just in the world of double standards for the United States, all this has become a familiar practice, and what Jupiter is allowed is not allowed to bull.