"Harvard girl" in the Romanian "backyard"

Will the newly elected President of Moldova, Maia Sandu, become the "Moldovan Pashinyan"?

According to the correspondent of The Moscow Post, Moldova has completed the last formal procedures related to the counting and recording of votes in the last presidential elections of the Republic. The results were announced earlier, this is the victory of a Pro-Western candidate Maia Sandu, who won the second round with 56.28% against President Igor Dodon's 43.72%.

No matter how much Sandu's opponents wanted, the revealed violations were not massive: Dodon really lost. Propaganda for Western grants, which was launched by the headquarters and public organizations that support Sandu, played a role, as well as a wave of little-fulfilled promises to bring the living standard of local pensioners to Western European standards.

The predictions of international experts, according to which Dodon would have won in the second round, did not come true, and this would have provoked a network of Soros organizations (first of all, the notorious Renaissance Foundation) to organize the Moldovan Maidan. The "stick" was not needed, the "carrot" worked.

Dodon and Russia were the guarantors of preserving Moldova's subjectness on the world, or at least on the European stage, while Sandu does not hide her plans to transfer some of her powers to the supranational level.

Detractors call Sandu a "Harvard girl". It's not so much that she graduated from Harvard, but in the manner of measuring everything conditionally by Western standards, dividing the world into blocks and trying to cling to a strong shoulder instead of building up the power of her own state.

According to evil tongues, the alleged real program of Sandu is not to bring the standard of living of Moldova to the average European level, but to join Romania as a Moldovan autonomy. Her entire biography makes one think about it.

Sandu was born in the village of Risipeni in the Fălești region of Moldova. The settlement is located near the border with Romania, which was one of the determining factors for Sandu to obtain Romanian citizenship. Yes, the newly-made President of Moldova has the citizenship of a neighboring state, she admitted this back in 2016.

This happened during a debate with Igor Dodon in the last election campaign in 2016. According to the authors of the Moldovan website Point, it was Igor Dodon who allegedly brought her to light: "Do you have Romanian citizenship?" After much thought, Sandu replied, "Yes, but what's the problem?"

There is really no problem, unless you are elected President of Moldova, while Romania flatly refuses to ratify the border agreement with Moldova.

Not to mention the fact that when obtaining citizenship, Sandu had to swear allegiance to a neighboring state, and now aggressively promotes unification with it. And there is in black and white in that oath: "I swear to be loyal to the Motherland and the Romanian people, to protect national rights and interests, and to respect the Constitution and laws of Romania." 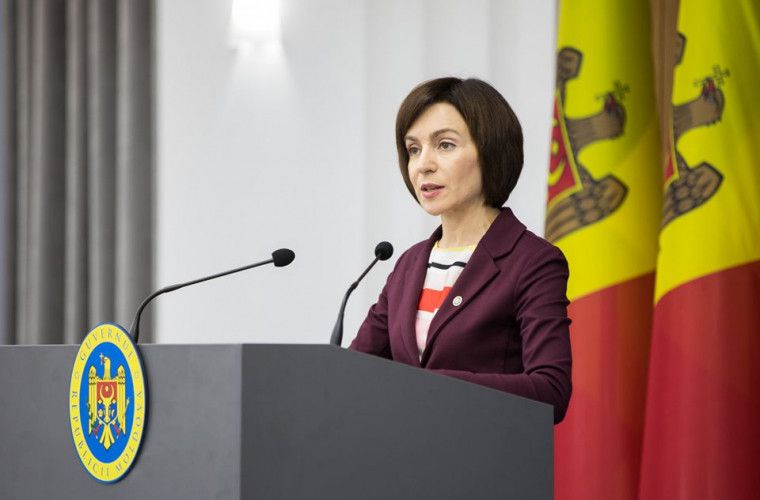 It seems that even Sandu herself does not know which people she will serve – Moldovan or Romanian.

A natural question is: which state's Constitution will she follow as President of Moldova? And one more question: if she assumes the post of Head of state, will she renounce her second citizenship? If not, it will be more eloquent than any words or oaths.

Even more eloquent are the words of Sandu herself two years ago, when she spoke in favour of unification with the Uniates (those who support the entry of Moldova into Romania): "We need to create a unified team for everyone who believes in European values, regardless of whether people believe in unification with] Romania. Everyone who believes in European values should unite." Her words are quoted by the publication  Ukraina.ru.

Who believes in European values, is it clear? And Sandu herself believes in them wholeheartedly, at least in the line of duty. Judge for yourself: after graduating from the Moldovan Academy of Economic Education, Sandu worked first in the Ministry of Economy, and then in the World Bank. In 2010-2012, Maia lived in the United States, where she studied for a master's degree.

It was there that she was to become intimately acquainted with "Renaissance" of Soros. According to rumours, the plane of the infamous oligarch arrived in Chisinau on the night of November 11-12, bringing on Board a whole bunch of Western curators.

Their interest in Moldova is absolutely clear, because this country remained loyal to pragmatic relations with Russia until the end and did not hurry to meet the voices of European States on the issue of anti-Russian sanctions in a harmonious chorus.

Will Transnistria be "in fire", as Karabakh?

In connection with the loss of subjectivity for Moldova, another threat arises, it is Transnistria. After the tragic events in Karabakh and Sandu's victory, only lazy one did not draw a parallel between her and the Pro-Western politician Nikol Pashinyan. First he came on a wave of huge support, and now he is hated and considered almost a national traitor.

Sandu is in danger of suffering the same fate in a much more rigid form. If the dreams of her supporters about joining Romania become a reality, the response of the Moldovan society can be devastating.

Experts also warn about difficult times for the Moldovan statehood. Here is what the Executive Director of the Moldovan branch of the Izborsk club, political expert Vladimir Bukarsky, said in an interview with the  Svobodnaya Pressa:

"I think that nothing good is waiting for Moldova under Sandu. She will consistently pursue the policy of Moldova's transition to full external control of the West. As for unification with Romania, so far these views are shared by a minority of the population, though a very solid one - about 30%.

On the other hand, the European Diaspora, which is radically Pro-Western, has become a factor in Moldovan politics. And it is possible that if the opponents of joining Romania do not mobilize, the votes of the Diaspora in the referendum will be enough to completely deprive Moldova of statehood."

Even worse is that Romanian passports have been handed out for a long time in the Republic of Moldova. Exact statistics is unknown, the Romanian authorities try not to highlight this process, besides, dual citizenship is not prohibited in Moldova. According to the authors of the Moldovan portal Noi, from 2002 to 2016, that is, just before Dodon came to the presidency, the passports of a neighboring country, the Romanian side allegedly approved more than 385 thousand applications from Moldovan citizens. 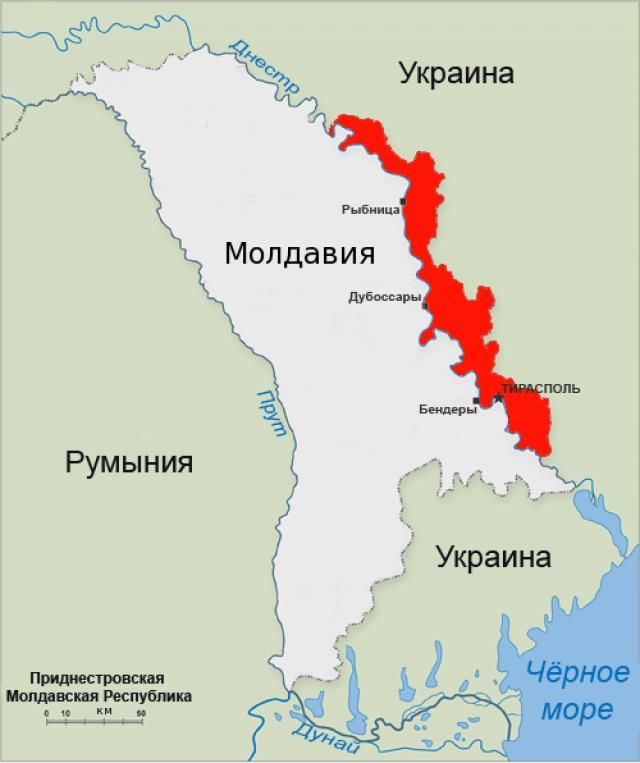 Will Sandu's policy on Transnistria lead to a new outbreak of conflict?

It's not just about people, it's also about the economy. After all, people like Sandu do not count on economic prosperity on their own. In addition, it is necessary to pay for the support of Western curators, and pay a lot.

In addition, according to Komsomolskaya Pravda - Moldova, Maia Sandu has already met with American partners at the US Embassy, where she could have a conversation with the Rothschilds about the transfer of  Chisinau airport. At one time, it was Sandu who voted for the transfer of this strategic object to the concession.

Note that earlier it was claimed by Russian business, for example, oligarch Roman Trotsenko. But then the Moldovan authorities, at the instigation of European "grant-eaters", decided not to rush to sign an agreement with the investor. Now, in the best case scenario, it will remain without investment at all.

Transnistria may have a sadder one under Sandu. Sandu openly stated that the withdrawal of Russian troops from the territory of Moldova will be the first demand for Putin during her visit. While their entry into Nagorno-Karabakh was a guarantee of stopping the bloodshed, Sandu's policy can bring the situation to the edge that this unrecognized territory has not known for many years.

As Sandu said in an interview with Ukrainian propagandist Dmitry Gordon, she considers the Russian factor to be a factor of instability for Moldova, Ukraine and Europe. The publication Svobodnaya Pressa wrote about it.

It's as if Russia's withdrawal from Ukraine has given this country stability. We can see the opposite - a destroyed economy and a complete dictate of transnational capital with the sale of land and banks to foreigners. Of course, people will quickly come to their senses and in four years they can choose a new leader, but what will be left of Moldova by that time?