Guarantees that did not exist

Ukraine again got into the "millet." No one is going to attack her. They don't take NATO. All you have to do is hysteria.

As expected, the United States did not give Ukraine any security guarantees, and now they are completely negotiating behind its back.

According to the correspondent of The Moscow Post, Ukrainian Foreign Minister Dmitry Kuleba said that his country is ready to make concessions in the event of concessions from Russia. It would seem that the statement normal in diplomatic practice caused a furore - from Kuleba, and more broadly, from the modern Ukrainian establishment with his hatred of Russia, no one expected such a thing.

Russia was spoken only in the language of force, coercion, sanctions, curses, insults, mockery and trolling. And here on you - ready to negotiate. One reason is that the Western guarantors of Ukraine refused guarantees in her direction. And they did not just refuse, but, apparently, they ordered to behave more quickly and not inflate the fire of the war, in which instead of Ukraine they would not fight for Ukrainian interests.

Left with one-on-one problems, the Ukrainian leadership, represented by President Zelensky, his office and woeful negotiators like Kuleba, is forced to backtrack, warming up the situation to impossible. The hysteria about Russia's mythical offensive plans did not bring the expected results, the negotiations between Vladimir Putin and Joe Biden took place in a constructive manner, and no one took Ukraine to NATO.

Of course, the head of the Ukrainian Foreign Ministry emphasized that Kiev will not yield in matters of fundamental importance for the development of the state, in particular on European and Euro-Atlantic integration. That is, the country, of course, will continue to go in that direction. 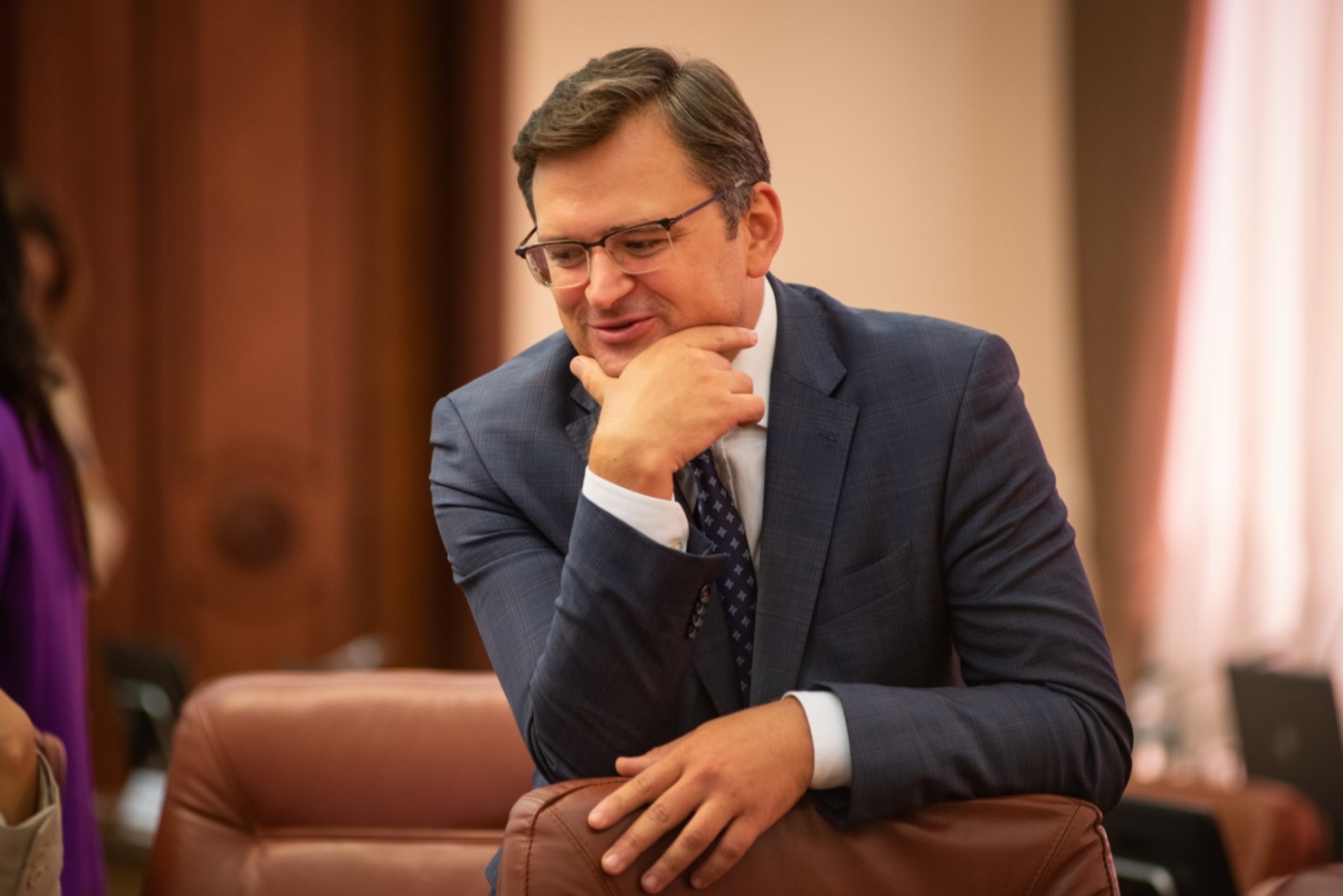 Dmitry Kuleba is one of the most odious Ukrainian politicians who has repeatedly poured mud on Russia and everything related to it. Now he talked about "concessions," so things are going really thin

But everyone understands that this is a path of eternity, and such "remarks" of Kuleba (and his other "brothers in mind" from among compradors and pseudo-nationalists) are something like Soviet calls for the construction of communism in the late 80s, which sounded from the rostrum of the Supreme Council.

NATO Hut from the Edge

And here is another "dawn" on the approach: US President Joe Biden announced NATO negotiations with Russia and promised not to send American troops to Ukraine. Such statements were made by him after a conversation with Russian leader Vladimir Putin, who recently outlined the strategic goal of NATO's domestic diplomacy: to seek the expansion of the Alliance to the East and mutual legal security guarantees for all.

Such news would have pleased most of the world's population - at least one that did not plan to burn in the coming years in the fire of nuclear war. This is not intended, you will say, and you will be right. But even in the non-nuclear version, any conflict between the great powers, even through their "proxy," would be a real nightmare.

But not everyone is happy that in conditions of severe tension in relations and high rates, Putin and Biden are finding ways to dialogue. This is clearly not welcome in Kiev, de power after the coup is based on a confrontation with Russia and the support of influential Western allies.

And here on you - in just a few days, Mr. Biden first encouraged the Ukrainian leadership, saying that the Russian Federation does not have the veto on the membership of third countries in the Alliance. And then (and once again?) Destroyed the hopes of Ukrainian patriots of an ultranationalist sense that in the event of a military conflict America would help the troops.

Just a few days earlier, the Minister of Defense of Ukraine Alexei Reznikov, being an ardent patriot and champion of independent foreign policy, invited Western countries to place the military next to the contact line in the Donbass. About this writes RIA Novosti.

As conceived by Mr. Reznikov, the "occupation" troops (as such he considers the army of unrecognized republics, which consists of local residents), seeing the flags of Canada, Great Britain and the United States in binoculars, will begin to flutter. We can offer from ourselves now to change Ukrainian flags to Allied flags, adding a rainbow canvas to them.

In view of the paragraph of the NATO treaty, according to which an attack on one of the countries of the Alliance is considered an attack on everyone. They made it clear to Ukraine - the guys, no one will fight for you. Dictating to you foreign and domestic policy - yes, buying up your land for nothing - yes, imposing on you "correct" officials and European "values" - yes. And you will die for your freedom yourself. Who thought it would be different?

Returning to Biden's statement, it is not only declarative, but also quite concrete. It is expected that the negotiations, which will raise questions about Russian concern about the actions of the Alliance, will be held in the format of Russia and the United States, plus four main US NATO allies. Different sources name different countries from this four, but the most common: Germany, Great Britain and Italy. They forgot to invite Ukraine again!

In the States themselves, this situation has already been dubbed the defeat of Biden from Putin. For example, US Democratic senators, dreaming of damaging Russia and its Armed Forces day and night, complain, they say Biden decided to discuss the situation with NATO expansion - as if talking and exchanging views for American democracy is already a crime against national interests.

Of course, Biden is under tremendous pressure, including even within his team. However, he turned out to be much less hasty and tough on Russia than Donald Trump, who was initially considered almost a "sympathizer" of our country. An important result of the negotiations between Putin and Biden via video link a few days ago was Washington's refusal of new restrictions and the braking of the Nord Stream-2 project - another stone in the Kiev garden.

So Mr. Kuleba has to get into the stretch so as not to fall out of the negotiation process at all. At the same time, Kiev will not make real concessions in terms of implementing the Minsk agreements, which it has proved more than once. But something must be said, or even the status of the "beloved wife" can be lost, and the last financial and weapons injections.

Kiev should have thought about guarantees earlier - at least before the country's interests surrendered with the troubles. At one time, Western leaders deceived Mikhail Gorbachev, giving oral guarantees of NATO's non-expansion to the East. And then they turned everything like that, supposedly there were no agreements. And you prove what you said! And now liberal journalists are talking about this, as something exclusively from the field of myths and legends. 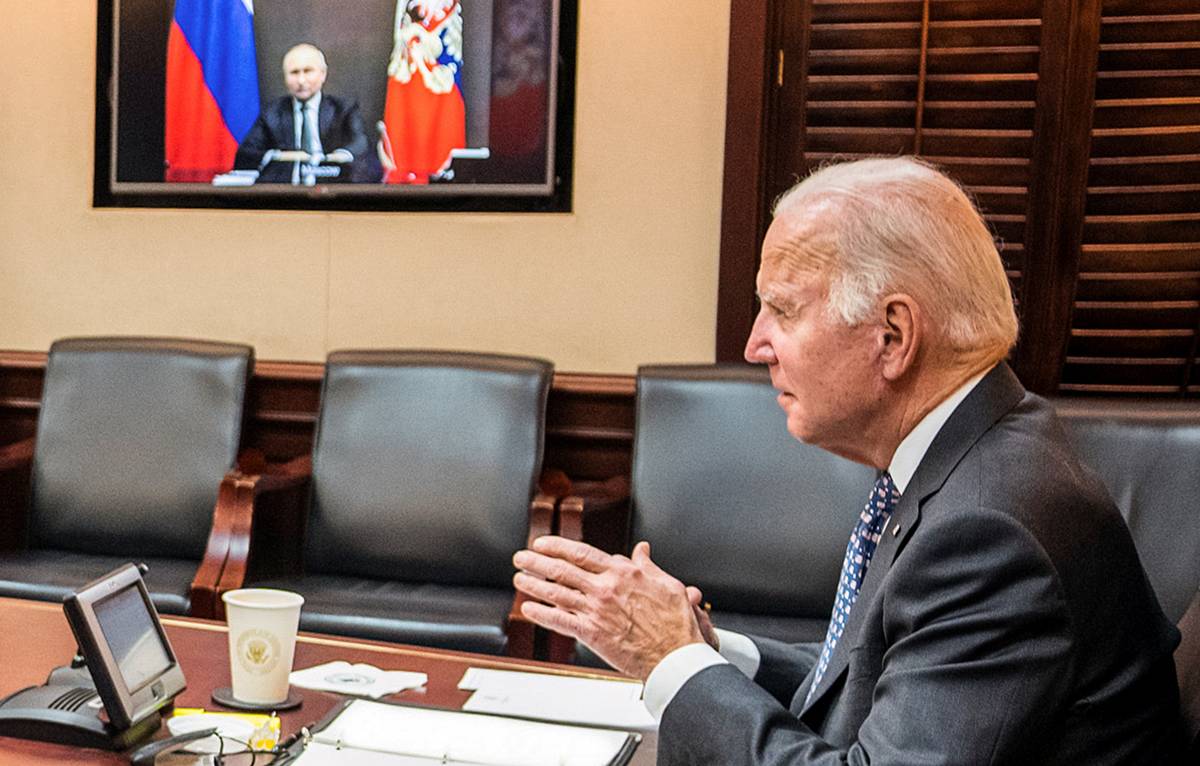 Negotiations between Putin and Biden, although they did not become breakthrough, caused tantrum in Kiev

Therefore, Vladimir Putin this time seeks real legal security guarantees. And Ukraine, going about the West, fell into another trap. If under Barack Obama Russia was at the center of Washington's experiences, now China is there. And Ukraine, of course, will not be "surrendered" to the Russian Federation, but its interests are "exchanged" in a way that will be beneficial to the big players. Here you are, "lack of care."