The results of the work of IAEA specialists at the ZPP caused hysteria in Kyiv. Now they will be presented to the international community.

An extraordinary meeting of the UN Security Council will be held today in connection with the ongoing shelling of the Armed Forces of Ukraine of the largest Zaporizhzhya nuclear power plant (ZPP) in Europe. It is expected that the final position of the specialists of the International Atomic Energy Agency (IAEA) who recently visited the station will be announced at it.

Moscow hopes that world leaders will influence Ukraine, and it will cease to engage in, in fact, nuclear terrorism. The continuation of the shelling of the station threatens to disaster all over Europe. It seems that this is what Kyiv is seeking.

With what positions the parties approach the event - in the material of the correspondent of The Moscow Post.

Russia requested an extraordinary meeting of the UN Security Council on the situation at the ZPP. Shelling of the station from heavy artillery weapons continued even while the IAEA mission was there, which visited the ZPP last week. And they began and at all barely the station was liberated by Russian troops.

Moreover, this was done even then aimed at one task: to cause maximum panic in Europe and convince the allies of Kyiv and hesitant to supply more weapons, introduce more sanctions, and put the most pressure on Russia.

However, even then, the agitprop of the Kyiv regime was difficult to explain how Russia allegedly fired at its own troops in Energodar and near the nuclear power plant. However, nothing new for them: remember how Donbass "fired" itself for eight years in a row.

There are great successes in such and Western patrons of Kyiv. What is worth only the German TV channel Tagesschau, which issued a barbaric shelling of the Armed Forces of Ukraine in residential areas of Donetsk in June for the actions of Russian artillery.

But here, for military propaganda, both Europe and other countries see a real danger to their own citizens. That is why such great attention is riveted on the meeting of the Security Council.

The position of Ukraine resembles schizophrenia, and, nevertheless, it is quite understandable. According to Kyiv, it is Russia that is shelling the ZPP, which exposes the station and the whole of Europe to danger. And the staff are allegedly holding hostage. At the same time, it turns out that the Russian Federation allegedly shoots its own troops. So what? In any case, Russia must be made guilty. 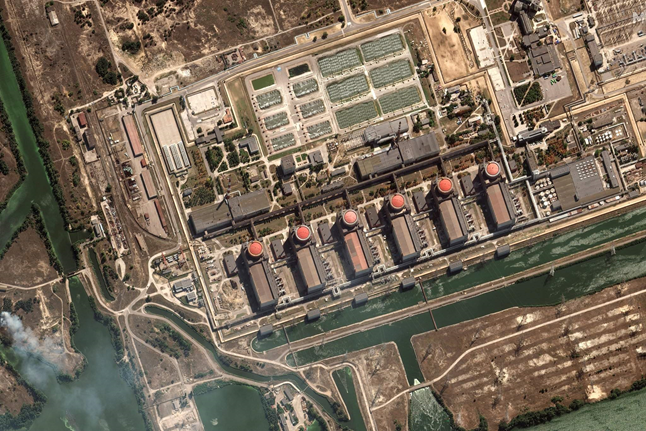 At the same time, even the US military was forced to admit that Ukraine was shooting at the station. Albeit in very streamlined formulations.

"There is a possibility that Ukrainian troops are shelling the area of ​ ​ the Zaporizhzhya nuclear power plant," Vedant Patel, first deputy spokesman for the US Department of Defense, said at a briefing and immediately tried to protect Ukrainian troops. "In some cases, it was a return fire towards the Russians, who are firing from these places."

To analyze the situation with the protection of the station (especially nuclear fuel storage facilities, because the power units themselves withstand direct missile hits) and the risks associated with shelling, an IAEA mission was sent to the station at the request of Russia, headed by the head of the entire organization, Argentine Rafael Grossi.

Against the background of other international organizations, the IAEA acted extremely restrained, and did not blame any particular side, seeking precisely to ensure the safety of the station. Apparently, that's why Kyiv reluctantly agreed to the visit of specialists. But he pursued, of course, his goals.

The IAEA mission arrived at the station on September 1. Already in the evening, part of the delegation, including the head of the IAEA, Rafael Grossi, left the ZPP, according to which shelling was carried out on this day. In them, the Ukrainian media accused the Russian military, which still controls the nuclear power plant.

It is quite obvious that before leaving for Zaporozhye from Kyiv on Grossi and his people, there was tremendous pressure from Ukraine. President Volodymyr Zelenskyy met with the head of the IAEA. It is clear that they were expected to engage, and, most importantly, to admit that the station is allegedly in danger in the hands of the Russian Federation and the call to urgently demilitarize it.

But as it turned out on the day the mission arrived on September 1, it was plan "B." On the morning of Knowledge Day, the Russian Defense Ministry said that on the night of September 1, the special operations forces of Ukraine made a daring attempt to capture the station through the landing of several waves of landing.

Apparently, the Russian military were ready for this - the daring operation ended absolutely ingloriously. But the idea was really good: to take advantage of the fact that the ZPP is guarded weaker than it could, suddenly seize the station and meet IAEA specialists. And then keep control at the facility, using international specialists as hostages. Quite in the spirit of the current Ukraine, which considers terrorism (including nuclear) an acceptable means of achieving political goals.

So Plan A didn't work. But Plan B. also suffered a complete collapse. Unlike many other independent structures, Grossi's employees did not retransmit the theses of Ukrainian propaganda. They analyzed the safety of the plant, and made sure that the Russian military and nuclear specialists are doing everything possible to prevent a nuclear catastrophe.

At the same time, residents of Energodar handed over to the head of the IAEA the requirement to stop shelling by the Armed Forces of Ukraine. The letter was signed by more than 20 thousand people. One of the residents of the city presented Grossi with a fragment of a shell that fell on his summer cottage. The Director General of the IAEA in response promised to do everything possible. In addition, Grossi thanked Russia for organizing the security of the mission.

There was no thesis that the station was in the hands of the Russian Federation in danger that it was urgently necessary to demilitarize it. Of course, such conclusions caused a real hysteria in Kyiv.

Grossi and his people were immediately declared Putin's agents, distributors of Russian military propaganda, corrupt people. Similar theses were immediately picked up by the curators of the Zelensky regime: in the West, Grossi tried to imagine a "political toy" in the hands of Russia.

"To this, Grosia himself answered quite measured and worthy: If people like what we say, they praise us. If they don't like our words - they'll call us puppets, or say we're being manipulated.

But honestly, there are enough political figures in this game, and enough people who express their emotions or blame someone. And observers must remain impartial in order to maintain their reputation, "REN TV quoted him as saying.

Ukrainian President Volodymyr Zelenskyy was upset that there were no calls for the demilitarization of the station. Advisor to the head of his office, Mikhail Podolyak, dispersed more broadly: "International institutions and mediation missions look extremely ineffective, extremely cowardly and extremely unprofessional. They were never prepared to work in extreme conditions. You do not trust them already at the entrance. "

Most of all, Podolyak was indignant that the IAEA listened to representatives of Rosatom after which Grossi was satisfied with the state of the station.

As a result, the disposition before the UN Security Council meeting is not in favor of Kyiv. Ukraine attracted attention to the station, but not at all what it wanted. And given that Ukraine at the UN is supported by less than a third of states - exclusively Western, Anglo-Saxon countries, plus Japan, Taiwan and South Korea, the international community will receive a real, objective analysis of the situation at the station.

Of course, there is always a chance that they will work properly with expert analysts. With the same Grossi. Let's recall the story with Amnesty International, whose employees stated that the Armed Forces of Ukraine arranges positions in schools and kindergartens. But soon, under fire, the organization was forced to change its conclusions. 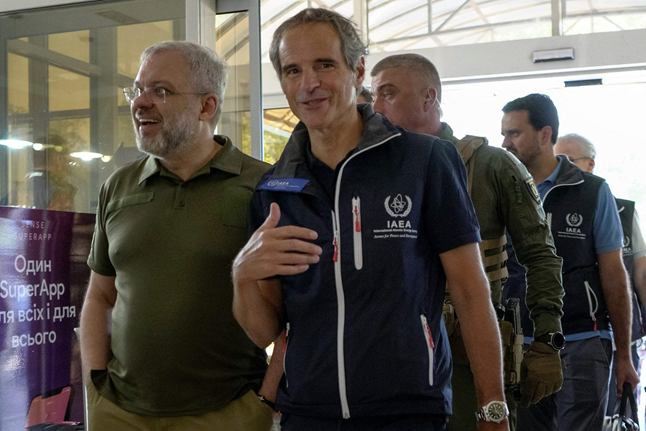 However, Amnesty International's politicization is known, and this may not pass with Grossi and his atomic employees. It remained to wait for the UN meeting, where the IAEA staff will present their position - and it will become clear whether they really value their reputation.