Ghosts "P" and "B" walk around Europe

The "witch hunt" in Western democracy has taken on such dimensions that Petrova and Boshirov will soon be searched in all Russians?

The accusations against Russia are increasingly absurd, and the attempt to "play back" will no longer save the provocateurs of Eastern Europe from the consequences of such unfriendly actions in our country.

According to the correspondent of The Moscow Post, the Russian Embassy in Bulgaria expressed its readiness to help Bulgarian law enforcement agencies establish contacts with Russian colleagues. Since it was not possible to do this before the scandal with weapons depots.

Recall that Bulgaria joined the information campaign against Russia, continued by the Czech leadership. Now suspicions are being made against Russia, allegedly its special services could have been involved in explosions already in Bulgarian warehouses.

Are those who started these frankly provocative informational "stuffing" against our country not widespread? And even after so many years, after all, the explosions in the same Czech Republic allegedly took place back in 2014? Meanwhile, these "stuffing" provoked a crisis in bilateral relations with the Czech Republic and Bulgaria, spurred a wave of political confrontation through the EU.

Earlier, Russian Foreign Ministry spokeswoman Maria Zakharova also expressed Moscow's readiness to assist Sofia in investigating explosions at weapons depots. Of course, if there is an official request from the Bulgarian authorities. But something suggests that there will be no request, nor will there be an investigation. Too absurd are the versions of the Czech and Bulgarian authorities. And are there versions?

Recall what is the boron cheese about the Czech Republic. The explosions, which are trying to attribute to the Russian special services, occurred at warehouses in Vrbetice in the Zlinsky district of the Czech Republic in 2014. In April 2021, Czech Prime Minister Andrei Babis said that the investigation has only one version of the causes of the explosion - "sabotage of Russian special services."

This was blamed specifically on two Russians, Alexander Mishkin (Petrov) and Anatoly Chepiga (Ruslan Boshirov). British intelligence considers them involved in the mythical departure of the Skripals family. In either case, the opposite side did not bother to provide not only evidence, but even at least some logic of absurd accusations.

Petrov and Boshirov from the light hand of Western propagandists turn into real 007 agents who appear there, then here - in accordance with the political and propaganda need to get them out of the dust box. And if in the case of Skripals they allegedly used fake passports in the name of Russian citizens, then in the case of the Czech Republic they are already attributed passports of Tajik citizens.

Why, in one case, do they calmly "go" to Saltsbury, like Russian citizens, and before that, it turns out, they travel like Tajik ones? There is no need to look for logic, because soon after the Czech accusations, the government of this country sharply decided to "give the back." Apparently, the diplomatic scandal with the expulsion of dozens of diplomats hit the interests of the Czech Republic. And Western curators of this beautiful country did not talk about the possible consequences?

This is a speech by Czech President Milos Zeman. He directly stated that in the counterintelligence reports there was no evidence of the presence of "Russian agents" at the ammunition depot in Vrbetice. According to him, the cause of the explosions is considered not only the possible involvement of foreign special services, but also careless handling of ammunition. His words are quoted by Kommersant.

Even later, the same Czech Prime Minister Andrei Babis made a sensational "discovery." "It was not an act of state terrorism. Russia did not attack the Czech Republic. It was an attack on goods that were intended for a Bulgarian arms dealer, who then probably wanted to sell it, " TASS quoted him as saying.

Really. It turns out that there is no evidence, this is not a state act of terrorism, but warehouses with weapons - and not Czech at all, but kind of like private property for a private person. Moreover, there are rumors that this Bulgarian merchant could supply weapons to Ukrainian radicals destroying civilians in the Donbass.

What is it? In the Czech Republic, there are weapons depots outside the control of the Czech government. They are supplying illegal armed groups of radicals in a neighboring country. The Czech government is about this neither dream nor spirit. But after seven years in the explosions in Vrbetice, a "Russian trace" suddenly appears. And not just Russian - but the trace of Petrov and Boshirov!

Even if you take this delusional version as a basis - in Russia, it turns out, there are no other "agents" left except Petrov and Boshirov? There is neither the FSB Academy nor the educational institutions of the Foreign Intelligence Service of the Russian Federation, the Main Intelligence Directorate and other bodies. There are only tourers Petrov and Boshirov, who change Tajik passports on the move.

Meanwhile, the scandal is growing. The expulsion of diplomats following the Czech Republic was announced in Slovakia, Estonia, Lithuania. Now Bulgaria got into this whirlpool. From the authorities of Sofia, should we expect the same clarifications and rollback, as happened in the case of the Czech Republic?

Of course, this situation is a consequence of the general increase in tension in relations between Russia and the United States. The EU, especially Western Europe, follows in the fairway of American politics, and the goal of such provocations could be to disrupt the completion of the laying of Nord Stream-2. However, the Biden administration has previously sent signals of readiness for de-escalation in relations with Russia. According to our sources, senior comrades from Great Britain could bother to make far-fetched accusations of Czechs, like Slovaks.

However, the reasons may be prosaic. In the Czech Republic these days, a tender is being held to determine the contractor for the construction of the fourth power unit of the nuclear power plant in Dukovany. The cost is 6 billion euros. Huge cush. Among the participants were representatives of the Russian Rosatom - they offered the most favorable conditions, up to the transfer of the necessary technologies to the Czech Republic. Other participants - from France, the USA and South Korea, could not offer such conditions.

Earlier, the Chinese company also participated in the same tender, but it was thrown out even before the scandal with Russia. And then, almost immediately, they threw out Rosatom. So you can not go to the fortune teller - in a row the Americans will get, you will see. But the readiness of small states to "shoot themselves in the foot" to please other people's economic and geopolitical interests is striking.

In the case of Bulgaria, the Domino effect could work. Given the complete dependence of this country on Western partners, it could not be difficult to persuade it to actions that would damage it. Look at modern Ukraine, which is ready to do everything, sell land, banks, privatize the most important strategic enterprises, just to please the colonial administration. 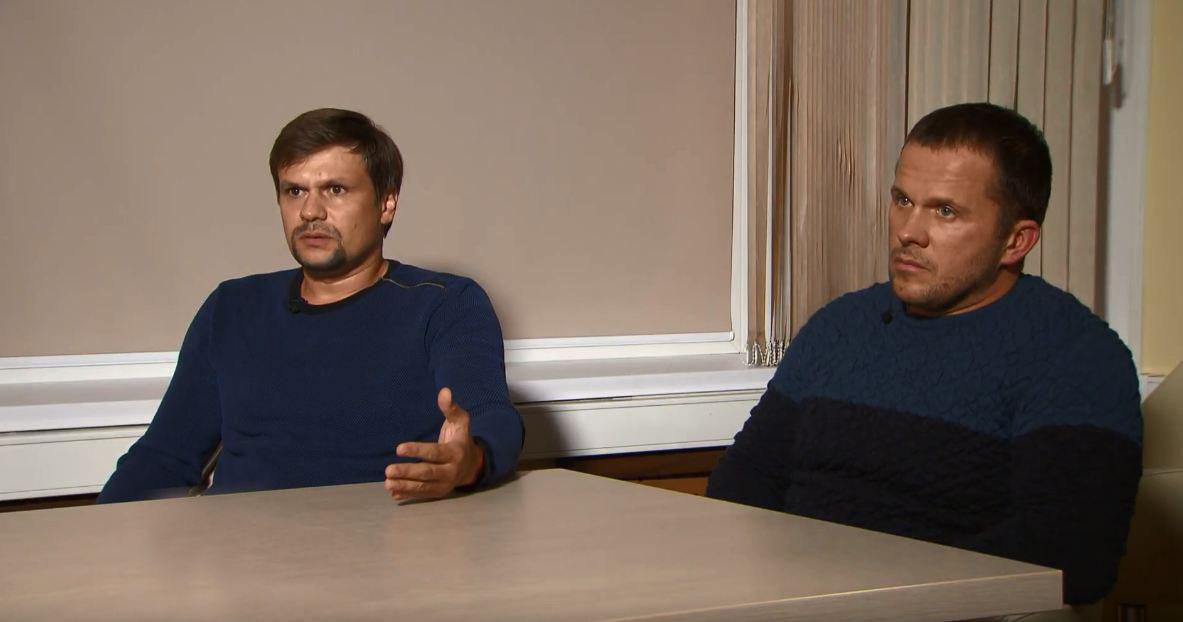 Look at that, soon Petrov and Boshirov will appear in the situation with Navalny. Although completely different persons are suspected of this, also, allegedly, special services officers. They say they have been following Navalny all recent years. Well, yes, after all, Petrov and Boshirov then traveled to Europe, thinking who would be insulted in the interests of the Russian state?

Russian Foreign Minister Sergei Lavrov, no longer shy in terms, called the situation around the investigation of the Czech bombings schizophrenia. And it is difficult to disagree with him, with the mere caveat that this schizophrenia is clearly planned by someone. Has she achieved her goals? It did not reach, but to break down the porridge that others brewed for the Czech Republic and Bulgaria, these countries will be for a long time.