Gas "Gallantry" of the White House

Inadequate US statements about "dirty" Russian gas are evidence of the complete powerlessness and strategic defeat of the Americans in the fight for the European gas market.

According to The Moscow Post correspondent, US Secretary of Energy Jennifer Granholm said that Russian natural gas purchased by several countries is the dirtiest in the world. Such words were heard at a hearing in the House Committee on Science, Space and Technology.

This circumstance was named among the reasons for the danger of the Nord Stream-2 pipeline, which the United States opposed the construction of over the past years. At the same time, it is no secret to anyone that the States itself has a serious geopolitical and economic (in this order) interest in supplying its liquefied natural gas to Europe.

Pipe deliveries are a safer and safer way to deliver blue fuel than transporting it by sea. Today it is already clear to everyone that there is no actual economic feasibility for the purchase of American gas at the peak of Russia. Realizing that it will not be possible to stop the construction of the SP-2, representatives of the American establishment are ready to bring any delusions to justify their failed policies and the actual refusal of European consumers from the services of the American gas industry.

Granholm's statements are heard amid record increases in wholesale gas prices in Europe. Since the beginning of May, a thousand cubic meters has been traded at the level of 286 US dollars, and the reason is the reduction in LNG supplies.

Surprisingly, earlier the administration of US President Joe Biden, after many years of sanctions and other "sticks in the wheel" to the Russian side, made it clear that it would not further hinder the completion of the pipeline. The costs were too great for the American side itself: it was not possible to stop the construction of the SP-2, only to slow down. At the same time, the partnership of the States with the main ally in Europe, Germany, was seriously threatened.

The pipeline is extremely beneficial to the German side. He also benefits those to whom this gas will go further through the gas hubs of Germany. It was the role of the hub, coupled with the reliability of supplies and an acceptable price, that became the circumstances that allowed many contradictions between the Russian Federation and the EU to be left behind brackets.

The softening of policy towards Nord Stream-2 was previously reported by the US State Department. The exact wording sounded like this: "suspension of the implementation of sanctions" against Nord Stream 2 AG, the construction operator. This innovation caused real outrage and a flurry of criticism from the Republicans. At the peak of this decision, a group of senators prepared a bill demanding the preservation of a hard line against the project.

US lawmakers considered that a generous gift would be given to Russian President Vladimir Putin on the eve of a possible meeting with his American counterpart Joe Biden. The same opinion, of course, is held in Ukraine - a country that, apparently, has finally lost the last vestiges of independence and self-respect.

The pipeline in Kiev is called a hybrid war tool that directly threatens the energy security of Ukraine and its allies. It is simply surprising that in recent decades in the Ukrainian capital only voices have sounded demanding to deprive Russia of leverage over Ukraine through gas pipelines passing through its territory.

When this finally approached, they suddenly realized that they would lose at least $3 billion in foreign exchange revenue due to an alternative supply route. And again brought down the anger of indignation in the Russian Federation. It is time for them to decide what they want and what they understand under their own national interests. 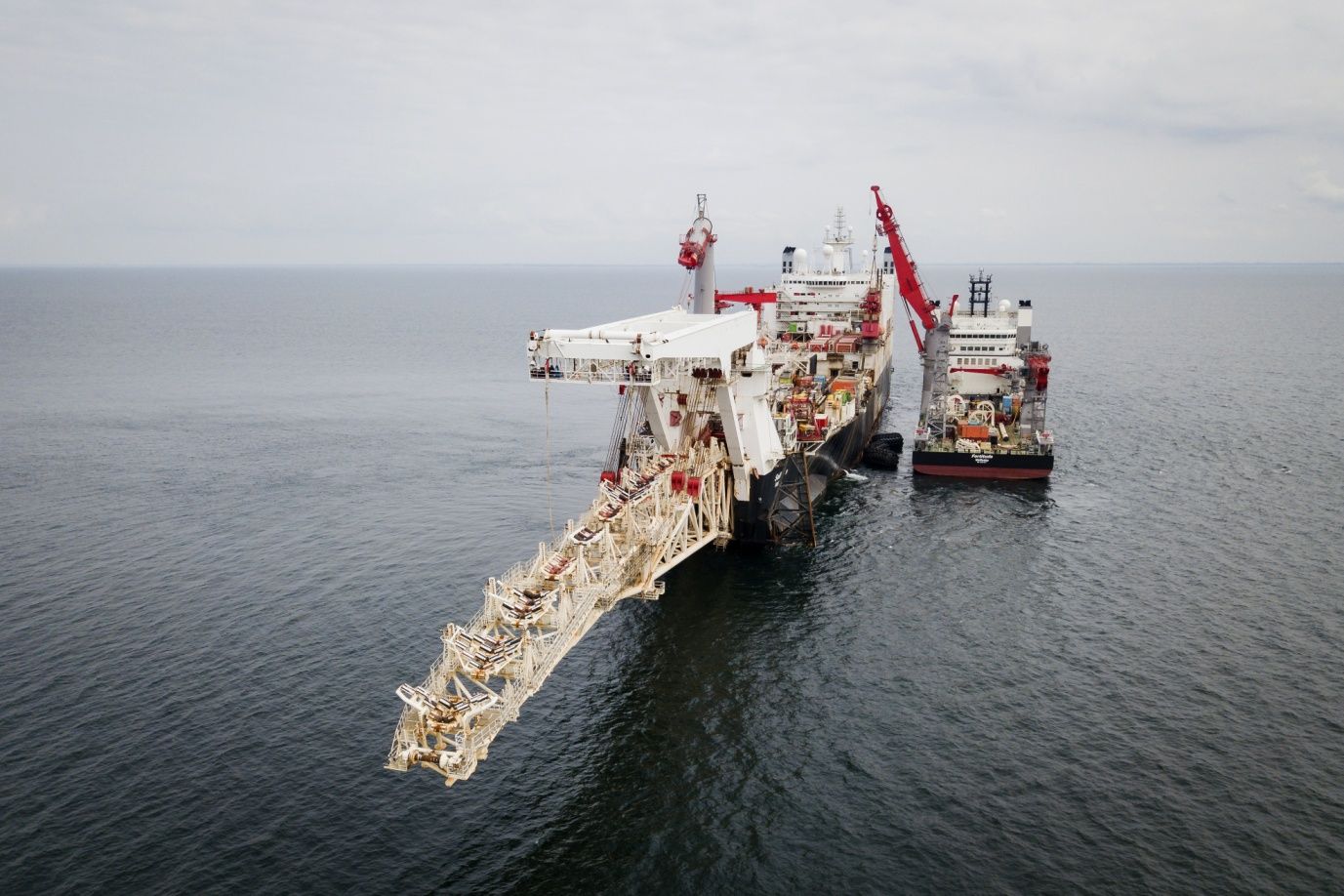 Such ambivalence in relation to a person can speak of neurosis. Unfortunately, this rule seems to work for entire countries. In Ukraine itself, among the sane part of the establishment, this already causes not even criticism, but evil irony. Here is how Ukrainian political expert Mikhail Pavliv describes the situation on his Facebook page:

"At first, these haberdashers were fighters against Nord Stream-2, then the Americans, approx. Editors refused to fight, they had their own reasons. The haberdashers drowned, once again their legs were wiped out about them and left without 6 yards per year of income.

Then the haberdashers walked, practically fled to the open doors of NATO. And then it was announced that at the NATO summit, haberdashers would not even be called in the role of a dog that brings slippers to White People.

Finally, the haberdashers at the speed of sound closed the message with Belarus, and shouted how now all the White People's planes will fly over their heads, and what kind of money they will earn. But here too, the collapse - today Eurocontrol recommended that EU airlines fly around Belarus not through Ukrainian airspace, but through the Baltic states. "

Pavliv described the general situation around the construction of the "SP-2" on the Ukrainian side as "Circus of freaks and evil clowns." The recent press conference of Vladimir Zelensky in the production hangar of the Antonov concern added fuel to the fire. There, the Ukrainian leader spoke next to Antonov's fuselage, where there was an inscription - reliable wings to the Ukrainian armed forces. However, the fuselage was without wings, which gave rise to numerous ridicule.

Zelensky himself could not clearly explain what Ukraine intends to do next, what measures will be taken to preserve the transit of blue fuel through Ukrainian territory.

The US reaction to recent events in Belarus with the detention of opposition leader Roman Protasevich was also a shock to many. Both Ukraine and the Baltic countries were waiting for a stronger condemnation of Lukashenko's actions. Moreover, they were waiting for increased pressure on Russia. However, the United States did not chop off their shoulders, and immediately stated that they did not have information that Russia could be involved in the incident. But this shock is already smaller in comparison with the refusal of further pressure on Nord Stream-2.

The casket opens very easily. American foreign policy is unfolding. They understand that there is no longer any talk of maintaining parity or balance of power in the US-Russia-China triangle. The balance of power did not swing towards the United States, and this is no longer about pressure, but about maintaining at least those positions that still remain with the American state. That is, Biden will negotiate, and not try to push through certain decisions.

This simple truth is not understood either in Kiev or in other countries clearly unfriendly to the Russian Federation. By inertia, they are still waiting for the continuation of the same rhetoric and the same actions that did not lead to any positive result, but created many problems for the Americans, and for the Europeans. Look at the case of the same Czech Republic, which initiated the scandal with the mythical "superagents" Ruslan Boshirov and Alexandrov Petrov.

The expulsion of diplomats has already taken place - and this in the complete absence of any real evidence of the involvement of the Russian Federation in the explosions in Vbretitsa. The Czech Republic was on the list of countries unfriendly to Russia, economic interaction was threatened. What did the Czech Republic receive for such a pimple from its NATO allies? Patting on the shoulder is, however, not very loud, so as not to spook the emerging dialogue with the Russian Federation.

The whole situation in the gas market from the main ones started anti-Russian policy - absolutely the same. In the same context, they look at the wild, inadequate reaction to Lukashenko's actions. Planes were planted by the United States, and other countries, and the same Ukraine. Why such a howl? It's very simple - they understand that they can't do anything.

And Mr. Protasevich, barely in his homeland, immediately began to talk about his stormy opposition activities. The fear of exposure with complete powerlessness pushes the beneficiaries of pressure on Belarus to outright duality. The one that Polish President Andrzej Duda described.

Speaking to Georgian colleagues on the line of demarcation between Georgia and South Abkhazia, he called the Russian Federation an abnormal state. The real "triumph" of Eastern European diplomacy is powerless, meaningless, merciless. 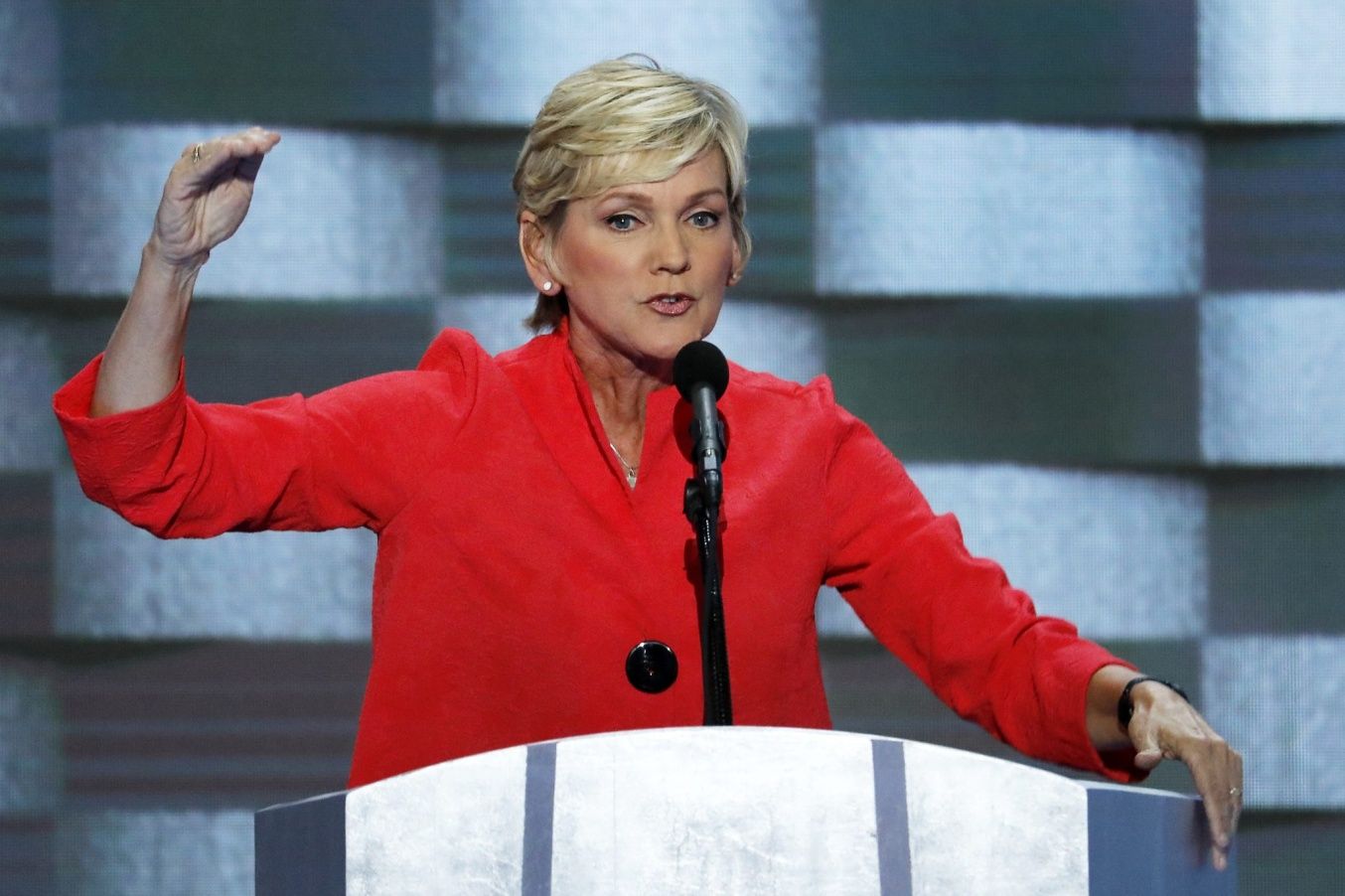 Ms. Granholm's statements about dirty gas from the Russian Federation are absolutely from the same opera. Complete powerlessness, failure and the need to preserve at least some face in front of the militant "fighters" for the European gas market has as their result statements that not only fail to withstand criticism. Who are frankly ridiculous - and should the European allies of the States work with this?

They will certainly remain allies. And gas will be purchased through a pipe from the Russian Federation for decades. With all the rhetoric, bulging eyes and shaking the air with fists.