From Booth to Franchetti - "glorious hunt"?

Countries with the EU, with the help of the United States, are creating new hotbeds of tension in relations with Russia and provoking another diplomatic scandal.

According to the correspondent of The Moscow Post, a scandal continues to develop in the Czech Republic, which may be part of the US strategy to capture Russian citizens abroad for use as political hostages.

The city court in Prague decided on Tuesday to detain Russian citizen Alexander Franchetti, who was detained on Sunday at the international airport of the Czech capital at the request of Ukraine. Russia has already announced that they will protect their citizen.

Earlier, recall, the Commissioner for Human Rights of the Russian Foreign Ministry Grigory Lukyantsev said that the United States has been conducting a large-scale hunt for Russians abroad, which, according to the official, began since the arrest of Viktor Bout in 2008.

There were other resonant cases about which we wrote in past publications - pilot Konstantin Yaroshenko, Maria Butina. However, judging by the fact that the functionaries of the Russian Foreign Ministry made such statements right now, it seems that now this work on the part of the United States and its allies is already being carried out at a new, higher level. 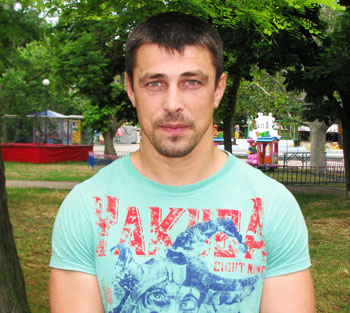 Alexander Franchetti did not kill or injure anyone, just wanted to protect his family in Crimea from Ukrainian punishers - for which he paid

The real reason for the detention remains unclear. There are different versions that come down to one thing - it is connected with his participation in 2014 in the events of the reunification of Crimea with Russia. Allegedly, he was involved in the creation of one of the units of local self-defense, which took over the protection of the local population after the coup in Kiev and before reunification with Russia.

Then, recall, the downloading public of Ukraine announced "friendship trains" from radical nationalists to the Crimea. To Crimea, which by that time had already received many coffins of Berkut fighters who defended the constitutional system in Kiev.

Recall also that already in February 2014, when a group of Ukrainian figures (later a deputy of the Verkhovna Rada) Vladimir Parasyuk fired from firearms at the fighters of Berkut, they still did not have an order to use weapons. Moreover, by that time they had not been given weapons at all, only special equipment - sticks, shields, tear gas.

Later, Parasyuk himself admits that it was they who were the first to open fire from the Saiga from the roof of the conservatory building in the back of the retreating policemen. And, of course, will become a real hero for the general liberal public. And the fighters of Berkut - shameful traitors, punishers, FSB agents and "riders of the Russian retinue."

Later, all the trees will be sawn there, since the hits in them testified that the fire was fired on the other side - initially the police were shot in the back. This case, recall, has not been solved, no one has been convicted. Not one of the Berkut fighters was convicted - but they were kept in jail for 6 years without trial (!).

And now those that can be attributed to the modern Ukrainian political "elite," as well as the United States behind them, are looking for people around the world to use them as political hostages to put pressure on Russia.

So the Russian citizen Franchetti came to Prague to visit his own daughter. She emphasized that her father "did nothing illegal in the Crimea." "In fact, there was his second family and he did everything to protect her," Dia said.

The girl noted that Alexander Franchetti and his friends during the events of 2014 in Crimea, participating in measures to ensure the safety of its residents, were not, as far as she knows, armed. About this writes TASS.

Returning to the background, it is difficult to believe that the United States, acting as the main lawyer and patron of Ukraine, including on the European continent, is not involved in the situation.

No more than a few months ago, the Czech authorities staged another provocation - the Russians were accused of explosions at ammunition depots in Vrbetitsa in 2014. Moreover, which Russians are the legendary Alexander Petrov and Ruslan Boshirov. We understand that there are no other "agents" at the disposal of the special services of the Russian Federation.

According to our sources, the whole story was started with the filing of the British special services, and clearly not without a nod from Washington. The goal was to squeeze out Rosatom from a major tender for the construction of a new power unit of the Czech Dukovany NPP for 5 billion euros.

This is what happened - the company was suspended from the competition. Without any reason, without giving real reasons, explanations. A threat to national security, you see.

However, in terms of Russian-Czech relations, such a step was absolutely destructive. Czech actions were not fully supported even in the EU. As a result, Czech politicians had to literally persuade colleagues from other European states to send at least one diplomatic worker in solidarity with the republic amid a diplomatic scandal. Is that not disgraceful?

The Russian Federation has taken symbolic, but quite adequate steps. In addition to the mass expulsion of diplomats, the Czech Republic was included in the list of countries that are unfriendly to the Russian Federation. Made a company to such luminaries of good and democracy as Lithuania, Latvia, Estonia, Ukraine and a number of others.

Against the background of the detention of Alexander Franchetti, another story related to the justice of Italy, another EU member, is recalled. In November 2020, the Milan Court of Appeal overturned the verdict handed down by the Pavia court to the Ukrainian militant Vitaly Markiv, who was involved in the murder of Italian journalist Andrea Rockelli in 2014 near Slavyansk.

This was preceded by many months of political pressure on Rome from Ukraine, the USA, Great Britain, and Canada, which was very concerned about the violation of human rights in Russia and the unrecognized republics of Donbass.

Earlier, he was sentenced to 24 years in prison, the case caused a wide resonance. The release of Markiv became part of the national strategy of the Ukrainian political establishment - as at one time it became the release of Nadezhda Savchenko.

Later, Savchenko will be squeezed out of politics, accused of high treason and put in jail and so on. In general, a typical post-Maidan Ukraine. 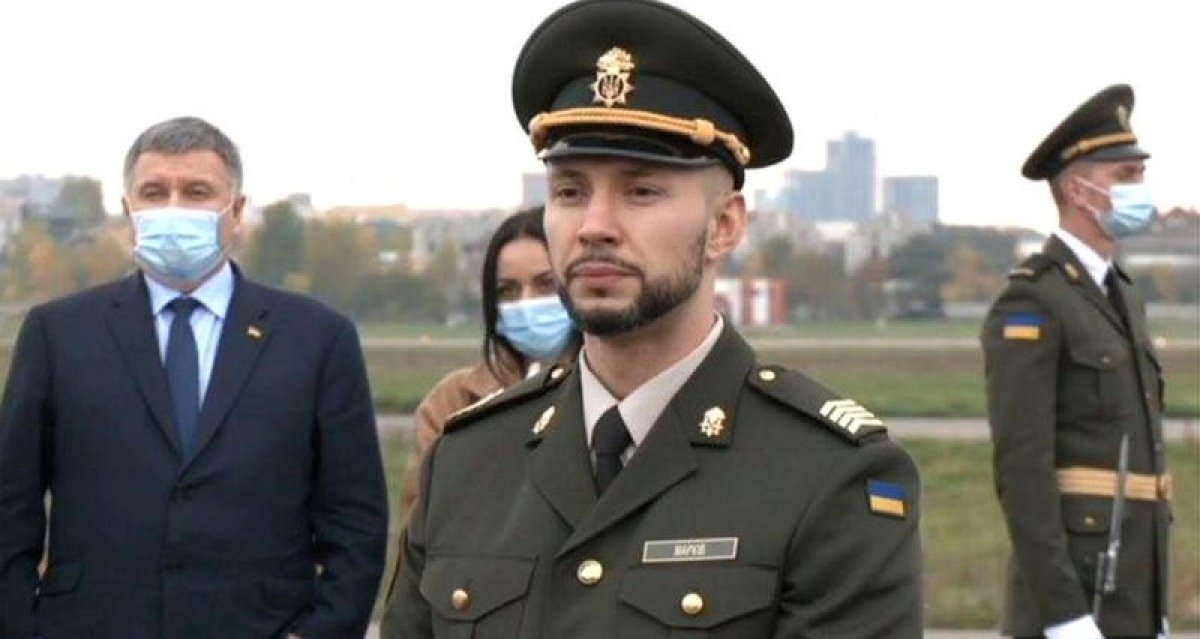 Vladimir Markiv during a solemn meeting at the airport of Boryspil

In his homeland, Markiv was met by President of Ukraine Volodymyr Zelensky. He was honored as a hero. And the first to release Markiv on his Facebook was announced by the direct commander of the punisher and then Interior Minister Arsen Avakov, who personally attended the court hearing in Italy.

The minister combined the pleasant with useful: in 2012, it was in Italy that Avakov hid from criminal cases at home, there he owned several elite real estate objects and, probably, there are "business ties."

Draw conclusions, as they say, yourself, but one thing is clear - such provocations, hunting for Russians and international pressure on our country will continue and grow. These, unfortunately, are the realities of modern geopolitical competition.