The new US and EU sanctions are a blatant "leak" of the Russian "opposition". The Navalny project is closed for at least 2.5 years, and Washington is not going to cut down the branch on which they themselves are sitting.

As The Moscow Post correspondent reports, one of the most interesting political intrigues of the last few months was resolved the day before. The United States and the European Union have imposed sanctions for the poisoning of Russian opposition leader Alexei Navalny. The fact that there was no poisoning, most likely, at all, is not so important, because only a reason was needed. And since 2014, our Western partners have regularly found this reason - no matter whether Russia behaved badly or well.

Several high-ranking officials, as well as one of the capital's research institutes and a number of other organizations were subject to restrictions. On the European side, these are, at least, the head of the Investigative Committee, Alexander Bastrykin, Prosecutor General Igor Krasnov, as well as the head of the Federal Penitentiary Service, Alexander Kalashnikov, and the head of Rosgvardiya, Viktor Zolotov.

They are now banned from entering the United States and the European Union and from using their financial system. But these people are already on duty, do not go to the European Union and do not use its financial system. In other words, these sanctions do not make any sense at all. In the same way, sanctions against a number of research institutes engaged in, among other things, research in the field of chemistry, biology, and medicine do not make sense. After all, the Russian opposition expected something completely different.

It was waiting for either sectoral economic sanctions - so that they hit the pockets of ordinary Russians as hard as possible, or, what they certainly wanted, restrictions for a number of significant businessmen who invest their funds in the Russian economy and are allegedly close to the Head of State.

Nothing of the opposition's aspirations has happened. At the same time, the restrictions imposed by the Biden administration after the European Union showed clearly - no one takes the Russian opposition seriously, and the sanctions pressure exerted by Washington and Brussels, this time was shown for a "tick" - to calm the violent left-liberal public.

The reasons are not difficult to guess. People get lost in the rhetoric of the media, drawing images of heroes and villains in accordance with the necessary methodology. When Donald Trump came to the White House, he was considered almost a pro-Russian president. But it was Donald Trump who refused to cooperate with Russia in a number of areas - START, the Open Skies Treaty, Nord Stream 2, Syria, Ukraine and so on. 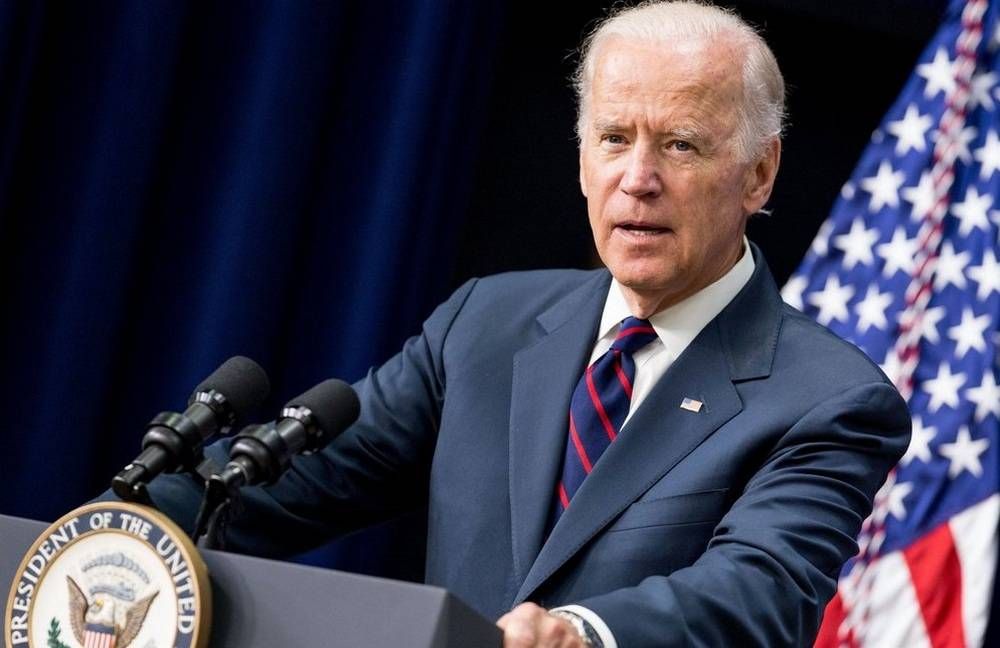 Biden's bellicose rhetoric is more for domestic consumption, while in reality the 46th US President behaves much more pragmatically than Trump

Joe Biden came on a completely different rhetoric - to punish Russia. And the first sanctions of his administration say that he is "punishing" them with one hand, and holding out the other for cooperation in those areas in which it is impossible to do without Russia. And these are all significant world problems, which the world gendarme of the United States was not able to cope with.

This is also due to the softening of the rhetoric about the sanctions on the Nord Stream-2. It was the Biden administration, after so many years of opposition to the construction of the gas pipeline, that said it would ensure that the project took into account the interests of Ukraine. Translating into simple Russian — we will be allowed to  finish the pipe building, and Ukraine in this scenario is simply disregarded. This is exactly what is done with puppets that do not have their own position.

It takes two to tango

It is also significant that Biden, for many years engaged in Ukraine and pumping money out of it through the Burisma oil and gas company, not only did not run to "strangle" Russia at the instigation of Zelensky, but did not even call him once since the election victory and the inauguration. But he called Putin, and he called first, on his own initiative. This is an extremely revealing moment.

As Foreign Ministry spokeswoman Maria Zakharova commented on the new sanctions package: "Entangled in its own problems, the White House is trying to cultivate the image of an external enemy."

"We have repeatedly commented on this American policy, which is devoid of logic and meaning and only increasingly emasculates bilateral relations, which have already been brought to the point of complete freezing by Washington," Zakharova noted. "Absurdity triumphs when the reason for the imposition of sanctions is declared to be a deliberately arranged provocation with the alleged "poisoning" of Navalny with certain "combat chemicals". All this is just an excuse for continuing undisguised interference in our internal affairs. We do not intend to put up with this."

This is, indeed, and beyond any doubt, interference in domestic Russian affairs. We remember how many Western diplomats flocked to the court, where they considered replacing the suspended sentence in the case of Yves Rocher towards Navalny with a real one.

This was turned into a real show for the Western press, where there is a "bad" "repressive" Russia and a noble "defender" of the rights and freedoms of Russians Alexey Anatolyevich. It was a real circus, but then it wasn't fun at all. After all, several diplomats, ignoring all the laws and rules of decency, took part in illegal protest actions.

As a result, they were expelled from the country. We are talking about diplomats from Germany, Poland and Sweden. And before that, representatives of all three states were called for conversation in the Foreign Ministry. The actions of the diplomats in the Foreign Ministry were regarded unacceptable and not corresponding to their diplomatic status, as RIA Novosti writes.

There was no limit to the indignation of the European establishment. "How? Why us?". But it would not be difficult to imagine what would have been done to our diplomats if they had taken part in the speeches of, for example, the Yellow Vests in France. And what do they do without any reason — for example, the disconnection of telephone lines to the Russian Consulate General in New York at the beginning of the year, when there was a full hunt for "Trump witches".

At the same time, it became clear to everyone – the Russian opposition was dropped out, when they realized that the Navalny project did not meet their hopes, and it did not work out to warm up Russian society to riot and attempts to seize government buildings, as it was in Ukraine.

However, new sanctions are soon awaited, which are also likely to be only nominal. And, nevertheless, this is a real policy of restrictions, which is manifested, among other things, in the anti-competitive policy of the same States in other areas. It is clear about the gas market - the real reason for the sanctions is the desire to strengthen Europe's dependence on the United States through the supply of expensive shale gas, to create non-market advantages for its American producers. 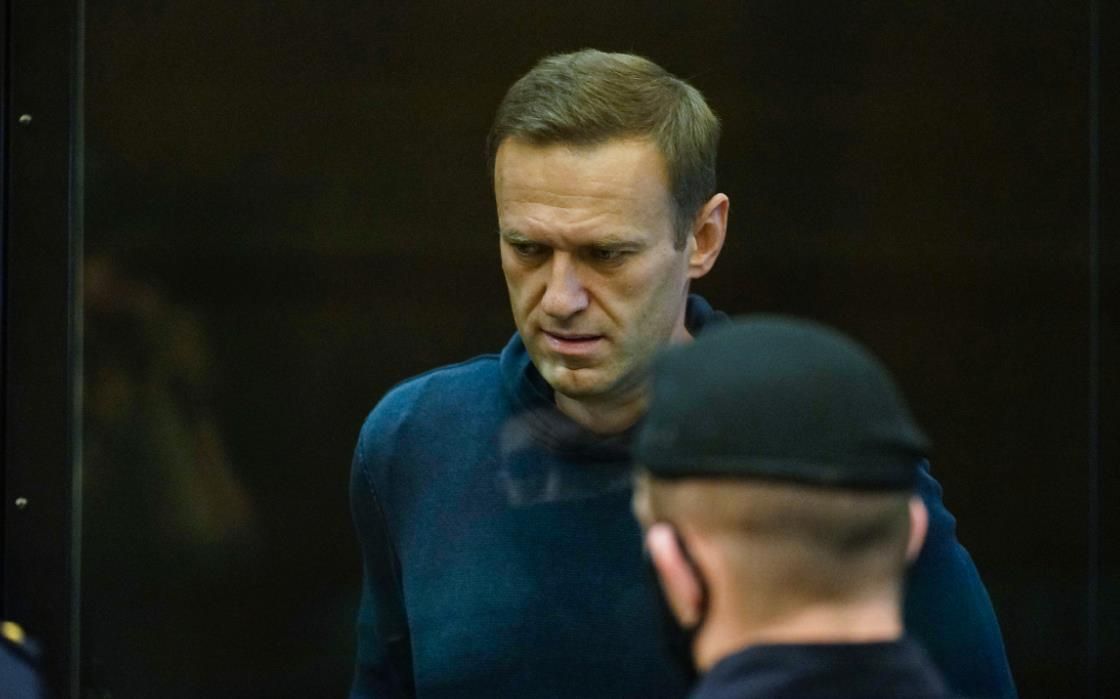 Navalny project is closed for at least 2.5 years

A similar struggle is going on in the pharmaceutical market. Western players still can not accept the fact that backward Russia has outstripped them in this area by light years, and today more and more countries are acquiring the Russian Sputnik V - and this means billions of dollars in contracts for our pharmaceutical companies.

The vector is clear - Russia will continue to be pressured, and the sanctions for Navalny are far from the last. But the West does not intend to finally cut down the branch on which it sits. This is evidenced by the continuation of the strategic arms reduction treaty, the attempt to gain Russia's support in the dialogue on the Iranian nuclear program, and the ongoing cold peace between Russia and the United States in Syria.

Summing up the above, Biden was not at all such a militant Russophobe as he tried to appear before the Democratic Party and its voters during the election race. He looks more pragmatic and calm than Trump, but there can only be one reason for this - both he and all his inner circle understand that pressure on Russia is good only for PR - in real politics, this does not work, but harms America itself and international stability and security.