The President of Ukraine and Washington behind him understand that a military victory is impossible, so they will have to negotiate. And the later - the worse for them.

At the beginning of this week, President of Ukraine Volodymyr Zelenskyy made an interesting statement: he rolled out a whole series of conditions for normalizing relations with the Russian Federation.

It is interesting because a few days before that Vladimir Alexandrovich categorically rejected even the possibility of dialogue, and his officials called for an unconstitutional coup in Russia - they say, they will not speak with the current Russian leadership. Now Zelensky made it clear that he would have to.

Why - the material of the correspondent of The Moscow Post.

Western partners pushed Zelensky to soften his position. A few days ago, Jake Sullivan, adviser to US President Joe Biden, paid an unannounced visit to Kyiv. According to experts, he tried to reason with Vladimir Alexandrovich, who entered the rush, explaining that Ukraine simply could not fulfill the return of the territories that had left Ukraine announced by Zelensky, considering Crimea.

First of all, the "conditions" for normalization, which Zelensky put forward, are obviously unacceptable. Leaving the liberated territories, paying monetary compensation and other nonsense cannot form the basis of the settlement. However, this is only a political technology moment: in fact, Zelensky recognized the possibility and necessity of negotiations to resolve the crisis.

Earlier, the Russian side at all levels, considering the President, has repeatedly confirmed that it is ready for dialogue, but Kyiv is blocking its very possibility. The position of the Zelensky administration causes serious tension in the EU countries: even to the most distant it comes to the fact that the only real beneficiary of the energy crisis is the United States.

However, the parameters of any document will rely to one degree or another on the results on the ground - on the battlefields in the SVO zone. And here, no matter how he boasted and did not "puff his cheeks" Kyiv, everything is completely different from what his staff propagandists draw.

The balance of power has changed

At the first stage, the armed forces of Ukraine managed to impose a struggle on the Armed Forces of the Russian Federation with the help of huge manpower, regardless of losses and with the serious support of their Western curators (money, weapons, intelligence). At the same time, real military successes even in the Kharkiv region were inflated a hundred times with the help of the united propaganda machine of the Western countries, which gained an incredible move.

Now, even according to the statement of those same full-time propagandists, for example, adviser to the head of the Office of the President of Ukraine Oleksiy Arestovich, the offensive potential of Ukraine is almost exhausted, the loss of human and technical resources is simply catastrophic. At the same time, Western countries are in no hurry to provide new packages of military assistance to Kyiv, this is mainly done by the United States.

It comes to serious scandals. The pressure is constantly on Germany, which, according to Kyiv, transfers too little weapons. Although the representatives of Nezalezhnaya have already been explained ten times that the Bundeswehr itself is now experiencing a serious shortage of weapons. The scandal ended Kyiv's calls to Israel: the country's defense minister was forced to make a separate statement that there would be no lethal weapons from Tel Aviv in Ukraine.

Ukraine has serious problems with finances: only Western money saves it from a complete collapse, and even then this is mostly credit money. And a new project of assistance from the EU in the amount of 18 billion rubles for 2023 at the end of last week was blocked by Hungary.

The government of Viktor Orban asks a completely reasonable question: what billions can we talk about in Ukraine, and even from the general treasury of the European Union, when Europe is actually de-industrialized and it is not clear how it will survive the coming winter?

The Russian army continues to increase its potential in all areas of the North Caucasus Military District. A separate topic is the improvement of the supply and supply of troops, which is now under the control of the President, as well as the saturation of the army with a variety of types of drones - including domestic production.

Against this background, Volodymyr Zelenskyy has continued to shake his fists all recent weeks, it seems, having crossed the threshold of adequacy. Earlier, he called on NATO countries to launch a preemptive nuclear strike on the Russian Federation - and recently asked to consider the issue of striking a coalition of Western countries on Iran for cooperation with the Russian Federation,

But NATO is not suicidal at all. They will not send their armies to Ukraine, this was clear from the very beginning. Ukrainians themselves should die for their interests. The escalation by Zelensky, associated with outright nuclear terrorism (strikes on the ZPP), constant talk about the need for Ukraine to get a nuclear bomb - all this has become a problem for the westernmost community.

Even the United States, the main organizers and beneficiaries of the current crisis, seems tired of it. So many problems have accumulated in the country that Democrats have lost their majority in Congress. Military assistance to Ukraine will not stop, the military-industrial complex lobby will not go anywhere, but you will have to call for the adequacy of your Ukrainian protégé. 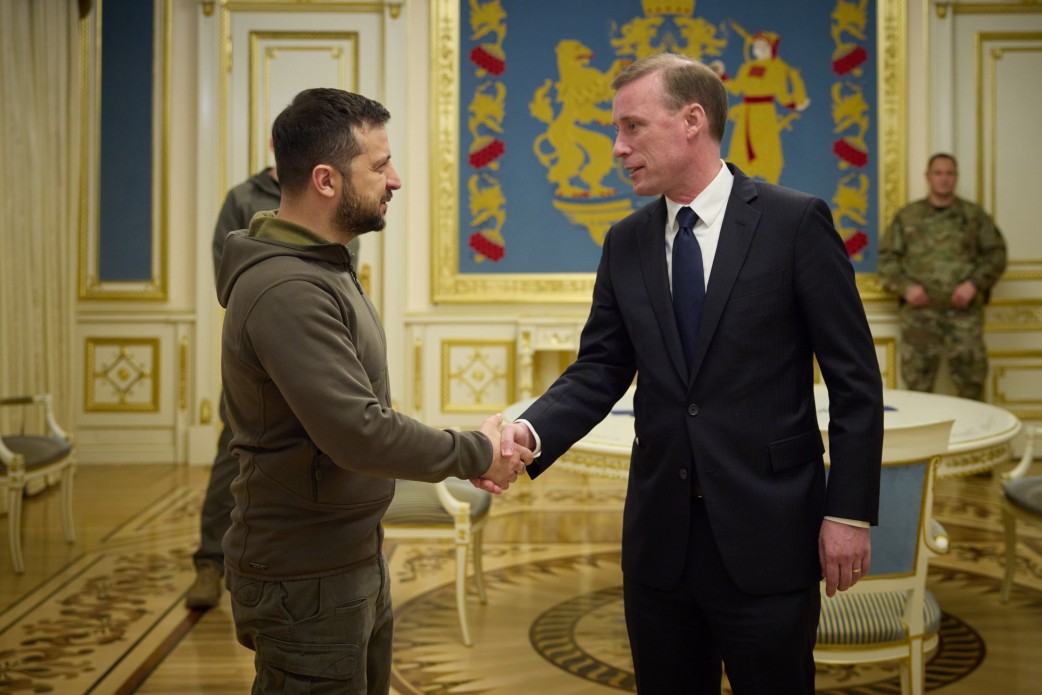 At the same time, experts note that the "adjustment" of Zelensky's line from Washington to a more located dialogue could lead to a split in NATO itself.

This, of course, is primarily about a burning new Europe: Poland and the Baltic countries hate Russia so much that, it seems, they do not mind burning even in a nuclear fire - just to harm it. Accordingly, they demand an impossible military victory over the Russian Federation in the current situation.

Experts note that Washington is gradually losing influence on European processes due to internal problems and prospects for conflict with China, and the EU countries continue to distance themselves from each other, fleeing against the backdrop of the crisis.