European terrorists and their "fifth column" in Russia

Together with the Permanent Representative of the Russian Federation to the UN Vasily Nebenzey for the sharp condemnation of the murder of Daria Dugina and the support of the SVO from the Ukronacists also went to The Moscow Post.

In the desire to "dehumanize" Russia, Western countries "dehumanized" themselves - reached direct support for terrorism. But on a planet-wide scale, they both were and remain in the overwhelming minority.

The day before, a regular UN meeting was held, convened at the initiative of the Russian side, which discussed the murder in the Russian Federation of the daughter of philosopher and publicist Alexander Dugin, Daria Dugina.

About the situation around and international consequences - in the material of the correspondent of The Moscow Post.

Recall that the words calling to condemn the murder of Dugina sounded at the beginning of this week: "We call on the Council and the UN leadership to resolutely condemn this next crime of the Kyiv regime," he said, indicating that this murder had already been condemned in the US State Department (the representative of the department did not blame anyone).

According to Nebenzi, the woman who blew up Dugina's car was associated with the Azov battalion (recognized in Russia as a terrorist organization and banned). However, as you would expect, there was no real condemnation of the terrorist attack by representatives of Western countries, especially the zealous patrons of Kyiv in the person of London and Washington.

As Nebenzya said, the murder was condemned by the State Department. But they limited themselves to only lengthy statements that it is unacceptable to kill civilians. Neither the name of Dugina, nor the word "Ukraine" in that statement sounded.

Meanwhile, in Ukraine and in the environment sympathetic to it, dancing on the bones continues. Threats and insults come to everyone who resolutely opposed the terrorist attack. This is true for The Moscow Post. After our previous material about Dugina in one of the liberalistic channels that call themselves compromising, our Editorial Office and its Editor-in-Chief demanded to change the policy of supporting the SVO, and called on the European Union to deal with us. "Renounce Putin and the fascist rasha (this is how Ukronists and liberals call their homeland Russia - ed.), Change the editorial policy," they write in their rotten post

Well, the team of our publication is no stranger to this. So we're on the right track.

At the same time, Nebenzya at the UN showed a screenshot from the infamous Peacemaker website, where accomplices of the Kyiv regime bring all enemies, opponents, just people with a position different from them. They enter with one single goal - to remember and punish the enemies of Ukraine.

There was also Daria Dugina, whose photo on the site has now been crossed out and the inscription "eliminated" has been added. Ukrainian Nazis quite openly flaunt her death, without encountering condemnation from the sponsors of the Kyiv regime.

Moreover, those who dare to express regret or call for an investigation into this terrible crime are obstructed. It has already reached the Pope. Pope Francis dared to publicly express sympathy for the innocent victims of the conflict in Ukraine, among whom he named the deceased Russian woman Daria Dugina.

Ambassador of Ukraine to the Holy See Andriy Yurash called this statement "disappointing." His words are quoted by TASS.

Returning to yesterday's UN meeting, it adopted another anti-Russian statement on the conflict in Ukraine. At the same time, he was supported by only 58 UN countries - that is, less than a third of the total number of states included in this world organization. Thus, the Ukrainian myth "the whole world is with us" is once again collapsing. Against the same background, attempts to isolate Russia in the international arena look like outright absurdity.

Among those who supported the statement are the countries of the European Union, the USA, Great Britain, Georgia, Turkey, Switzerland, as well as several countries of Asia and Latin America. However, about Georgia and Turkey, we know that the governments of these countries categorically did not support anti-Russian sanctions.

In fact, the same Georgia became the beneficiary of the conflict at all - a huge number of frightened patriots from the Russian Federation, who leave their money there, start businesses, reached into it. According to various estimates, from February 24, up to 300 thousand Russians could move to Georgia. Both in Georgia and in Turkey, receipts from Russian tourists have sharply increased, because many European countries do not expect more Russians.

They do not expect us, for example, in the Czech Republic, whose representatives noted some completely new degree of Russophobia, divorced from reality. Earlier, Czech Defense Minister Yana Chernokhova said that she was not sorry for either Daria or her father, philosopher Alexander Dugin, and "the night of August 21 in Russia will be remembered for a long time," and confirmed that she "signs every word." In response to this, Nebenzya said that such statements serve as "open support and propaganda of terrorist attacks against a civilian".

And what else is the leadership of this supposedly Slavic and European state? It also reacts. Czech Foreign Minister Jan Lipavsky, in response to Nebenzi's words, immediately summoned Russian Ambassador to Prague Alexander Zmeevsky. RBC writes about this.

Lipavsky did not like the words of Nebenzi that Chernokhov's statements are support for terrorist attacks. And what else are they? Once again - they don't just support it. They're proud of it, they're braving it. Who will kill as many Russians as possible, who will hit our country as much as possible, will introduce more cruel discriminatory measures - the same representative of the so-called. "Civilized" and "free" society.

A reasonable question arises: why is any diplomatic relations still not broken with the Czech Republic? Why are their ambassadors wider, representatives of any political and public organizations that are still on the territory of the Russian Federation are not exhibited with a wolf ticket? We can only guess how much patience our diplomats have.

But the Czech Republic is at the forefront of both military and political assistance to Kyiv. Not to mention regular participation in anti-Russian provocations. For some reason, everyone has long forgotten about Prague's false accusations about the explosions of ammunition depots in Vrbetice, which Russia was instantly accused of.

As you know, not a single real evidence was presented, but these accusations became a new round of war on the diplomatic front - with the mass expulsion of diplomats and sharp Rostov Russophobia in European countries.

So far, Russia has shown exceptional decency, restraint, caution. This appeals to serious questions in some quarters of Russian society. People are waiting for a tougher reaction to the death of Dugina, to terrorist attacks in Russia.

However, unlike our former Western partners, Russia always firmly adheres to international law. And it will not play along with its erosion as a result of the current crisis - as well as succumb to provocations. 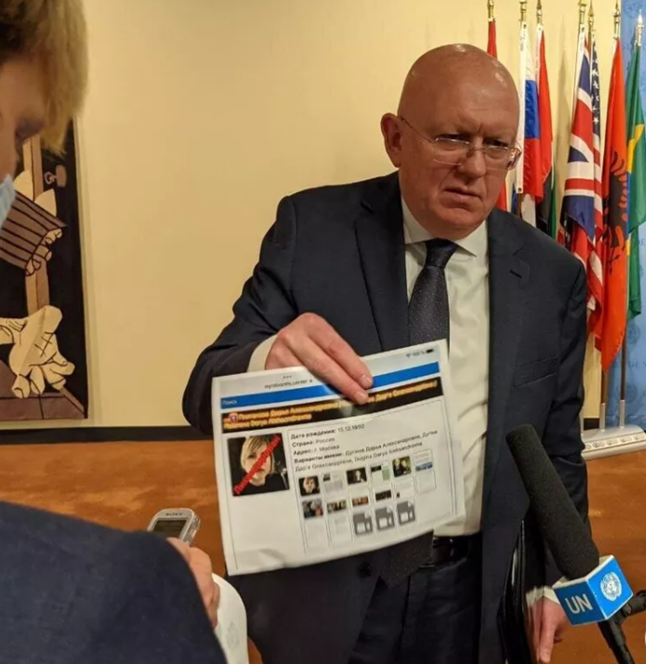 As the President and other officials have repeatedly said, a special military operation will continue until all its goals are achieved. And the killers of Daria Dugina, as well as those who support and cover them, will definitely be punished.

When is another question. But punishment is inevitable - ask at least the ardent Ukrainian nationalists Shukhevych and Konovalets.