EU "talking heads" will sing in chorus: The game of Euro solidarity

Maria Zakharova about the hypocrisy of Western politicians, the "awe" of Andrei Melnik, and the lies of Borrel.

Maria Zakharova, as always, confidently and even boisterously presented the position of Russian diplomacy. But I would like to go a little deeper into the details and explain to indifferent readers (maybe in a less diplomatic manner) why both issues are relevant, and the actions of respected European officials require an answer.

Wolfgang Ischinger, a German diplomat who has presided over the Munich Conference since 2009, is no more than an administrator and a "talking head." And in general, it should not be authorized to make serious statements. But, as a talking head, he is also an exponent of certain trends and mindsets in the German elite.

Germany is the strongest state in the European Union, and the Russian Federation makes a serious bet on the adequacy and contractual ability of the German elite (especially business). So, Mr. Ischinger at the same time is also the OSCE mediator in the Ukrainian conflict.

Maria Zakharova emphasized that if he speaks with an expert opinion, then she should talk about what is really happening, and not what the participants in the Munich conference like. Especially because they are sitting in the first corner (a hint of the United States).

In the context of the current crisis, Ischinger emphasizes that strengthening the Ukrainian army can be an element in preventing war. On the other hand, as an OSCE representative, Ischinger should categorically oppose the escalation of the situation and remain neutral. What kind of neutrality is there if he, in fact, calls for strengthening the army of Ukraine?

In addition, recently he announced the need to involve the United States in the Norman format. By the way, this position seems to be shared by Moscow, which believes that the States should influence their Ukrainian wards.

But, again, he is only a "talking head." Ischinger is forced to balance between different positions in relation to the Russian Federation and the current crisis.

Today, the entire German "traffic light" coalition stands on this "stretch." These days, Anna Berbok, head of the German Foreign Ministry, is on a visit to Kiev. Last night she was in the Donbass, and a little earlier she was supposed to meet with Ukrainian President Volodymyr Zelensky.

But the meeting did not take place, and later an insider appeared that the real reason was the alleged refusal of Berbock to give guarantees of Germany's refusal from the Nord Stream-2 gas pipeline, as well as Berlin's unwillingness to provide more effective military assistance to Kiev. About this writes RIA "Novosti".

War and confrontation in Europe with Russia are not beneficial to anyone except the United States and Britain, as well as some of the states of Eastern Europe that have joined them, which thus solve their own problems.

What Melnik is shelling, where Burbock is going

The pragmatic position of Germany is attacked from various sides. On the one hand, Atlantists put pressure on it, on the other hand, Ukraine itself, which is supported by a significant part of society. The image of the victim, carefully created for eight years in a row, plays a role.

As a result, a coalition led by Chancellor Olaf Scholz is trying to balance, play thin. On the one hand, demonstrating a commitment to the "Western world," on the other - observing their own interests of the economy and security. In parallel with this, the new government of Germany (and even more pressure is exerted on the same Berbok) is constantly pressed by screaming Ukrainian diplomats.

What is only the Ambassador of Ukraine to Germany Andrei Melnik, who regularly requires the Germans to repent for the crimes of the past (they say that you have a debt from World War II to Ukraine).

And how to repent? Hate Russia, give money and supply Ukraine tons of lethal weapons. They are not ready for such steps for peace in Germany. It came to the point that Melnik reproached Germany for fear of Putin. It seems that such odious statements are the pinnacle of modern Ukrainian diplomacy.

At the same time, pragmatic voices that say what is, and not what the leading Atlantic states want to hear from them, are obstructed. How can we not recall the former Commander-in-Chief of the German Navy, Vice Admiral Kai-Achim Schenbach?

Recently, he was forced to resign simply because he said that Crimea would never return to Ukraine, and Russian President Vladimir Putin deserved respect. Such Western public opinion, fueled by radicals from Kiev and intrigues from London, Washington and Brussels, could not endure. 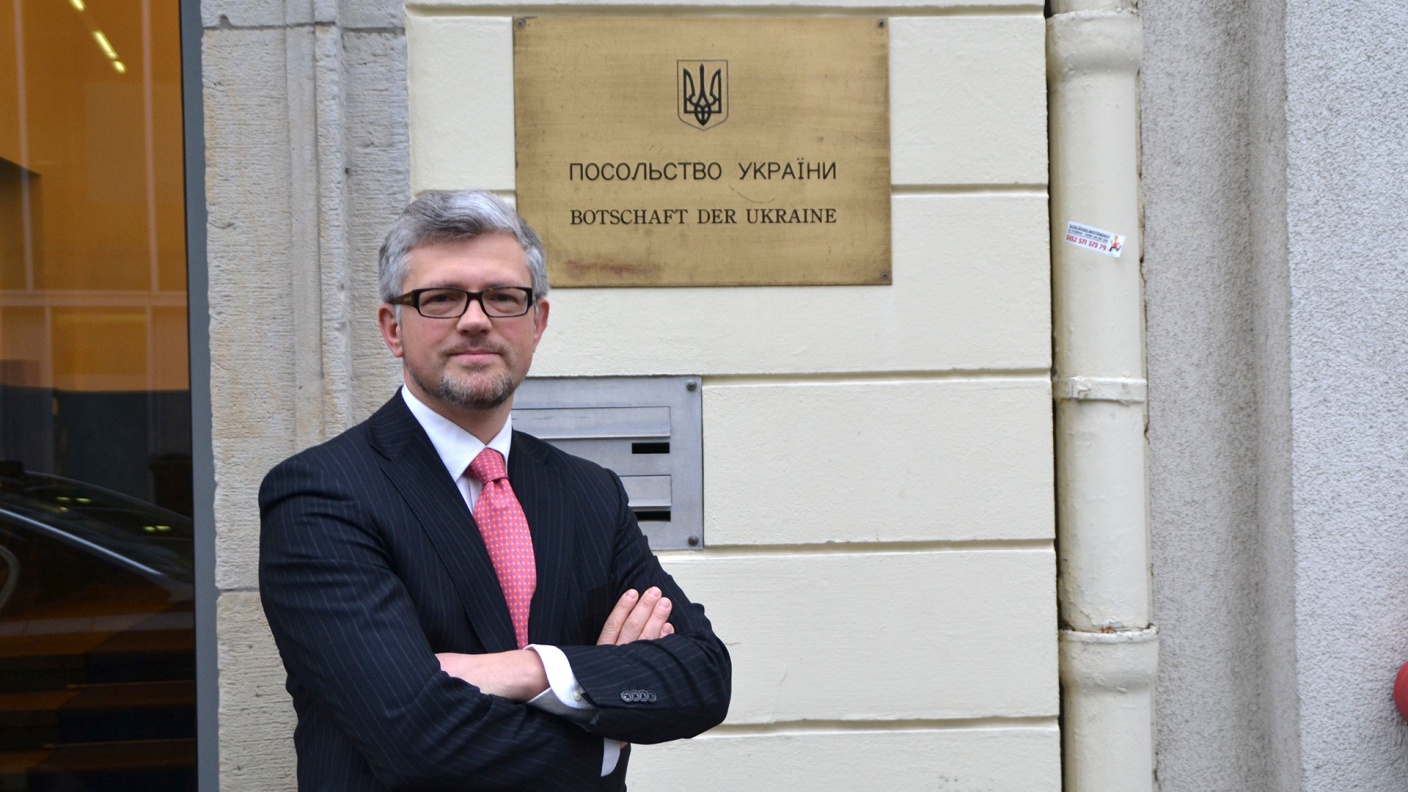 The Ambassador of Ukraine to Germany Andriy Melnik allows himself absolutely unprecedented statements for the diplomat. How is he tolerated in Germany? Do they not want to quarrel with nervous "partners" in Kiev?

Recently, Finnish deputy Mika Niikko was forced to resign from the post of head of the parliamentary committee on foreign affairs after the scandal due to statements regarding Ukraine. He said that NATO leaders should explicitly refuse our country to join the Alliance.

So Wolfgang Ischinger, reflecting the internal contradictions in the German position, is forced to sit on two chairs. On the one hand, expressing support for Ukraine and following narratives about the need to strengthen its army, on the other hand, trying to speak from a more neutral position and still try to reduce tension - including within the OSCE.

The second question to Zakharova from our correspondent concerned the appeal of Russian Foreign Minister Sergei Lavrov to the EU, Switzerland and NATO countries. In total, a letter signed by Lavrov was sent to 37 addressees.

The appeal sought clarification of how those States intended to implement in practice their OSCE commitments on the indivisibility of security, the impossibility of strengthening their security to the detriment of others, and why they did not intend to do so.

However, the head of the EU foreign ministry, Josep Borrel, began to answer them all at once. The one that has repeatedly been marked by unfriendly and unconstructive statements against Moscow. Zakharova recalled that the countries accepted obligations in their national capacity, and Borrel was not at all the addressee of the appeal.

But here is Mr. Borrel, and the European officials and curators behind him from Brussels, London and Washington decided to give one common answer, in the words of Zakharova, fearing Eurosolidarity.

Behind this step is a simple background. It is no secret that neither the EU nor NATO have complete unity over what to do in the current crisis, how to deal with Russia. A number of large states, such as France, Germany, Hungary, are in favor of reducing tensions and finding a compromise. This is due to economic interests (and, first of all, energy security), fear of a big war, just an understanding of the futility of confrontation with Russia.

The countries of Eastern Europe, Great Britain, and the United States, on the contrary, benefit from the escalation of tensions, against which you can ask for financial assistance from the EU, military assistance from NATO, serve your fears and complexes, solve your domestic political problems by playing the anti-Russian card. 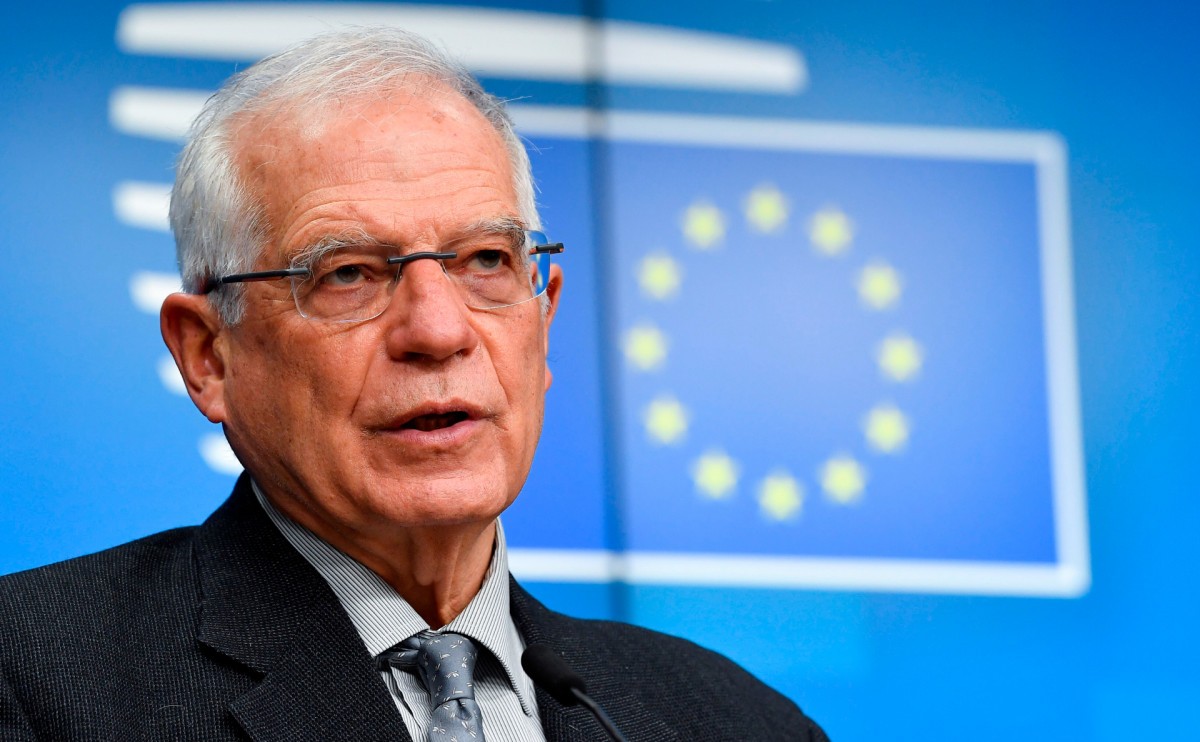 Borrel is trying to present Europe's position as one, but this is an obvious lie

A separate, targeted response to Lavrov's appeals would inevitably show the difference in these positions, would show the complexity of dealing with these problems within the EU itself. And thus, in representing the same Euroburokracy, would demonstrate weakness, internal political heterogeneity within the EU. Not to mention NATO, where Hungary and Romania, for example, say completely without lurking that they do not need any Ukraine in NATO.

Therefore, another talking head appears in the form of an official Borrel, and I suggest that others comb under one comb, express a common position. But the reality is that such a position is profanation, which prevents you from seeing reality. So - to draw the right conclusions and take the right actions aimed at de-escalation, and not at servicing other people's interests and fears.