"Empire" takes away its feet

The United States is forced to continue limited military support for the Afghan army so that everyone can evacuate from Kabul. Only Russia can "slow down" the offensive of radicals?

According to the correspondent of The Moscow Post, the situation with the Taliban offensive (the Taliban is a terrorist organization banned in Russia) in Afghanistan is heating up. US military experts believe that militants are able to take the country's capital, Kabul, over the coming months.

At the same time, the flight of international organizations, diplomatic missions and ordinary people from the city is becoming endemic. Few people believe that the Taliban will be able to stop, and local authorities, raised by American advisers, do not have authority and shake themselves with fear. What fate awaits them?

At the same time, in the presidential administration. According to The Washington Post, in the near future it is worth preparing for the evacuation of American diplomats and other personnel. The time of capture of the capital, according to sources of the publication, will be no more than three months.

In turn, this forces the American side to reconsider previous estimates of its special services, which previously predicted that Kabul would fall no earlier than six months later.

This is followed by another logical withdrawal - the entire strategy for the withdrawal of American troops from Afghanistan needs to be revised, but it is too late to do this. 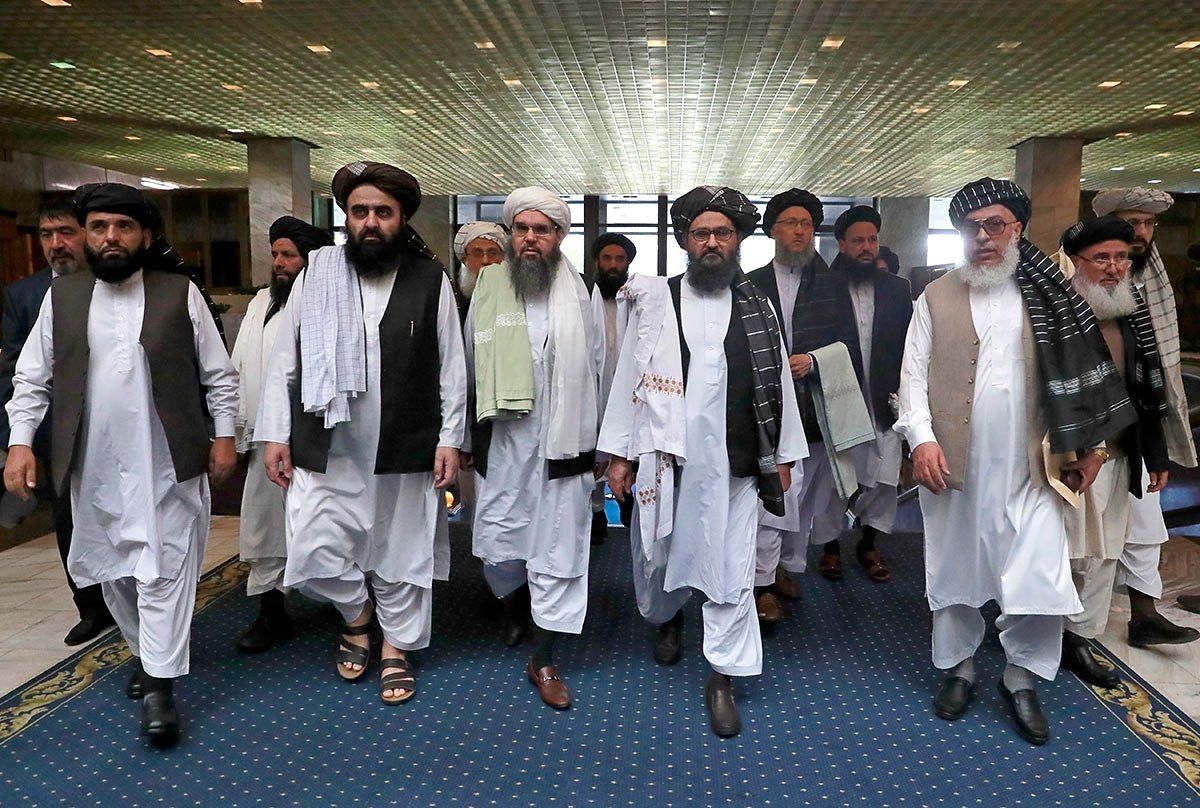 Representatives of the Taliban movement (a terrorist organization banned in Russia) at negotiations in Moscow. Is Russia the only force that can affect them?

Earlier, former US President Donald Trump called the Taliban parade with captured weapons a real shame. And even more sad is the transition to the Taliban side of yesterday's officers of the Afghan armed forces, trained by American instructors to confront the radicals.

Does this not resemble the situation with the USSR war in Afghanistan, when, after the departure of Soviet troops, the militants trained by NATO instructors soon turned their weapons against the Americans themselves?

According to experts, the great strength and attractiveness of the Taliban for the local population lies in the social component of the movement. Unlike ISIS (a terrorist organization banned in the Russian Federation), the Taliban, using a radical ideology, offers a social model different from the full copying of Sharia, where the ideals of justice and household protection are put in the center. This gives the movement much-needed points in the confrontation with the government, which turned out to be simply unable to improve people's lives.

The irony is that Biden seems to have to ask his colleague Vladimir Putin to influence the Taliban, who recently came to Moscow to slow down the offensive. How much the Russian side can do this is another issue, but the status of a formally neutral negotiating platform gives the Russian Federation certain levers of influence on the Taliban.

It is hardly possible to stop the offensive, but to buy time for a full evacuation, and not only the Americans, there is an opportunity. The reason is also simple: the Taliban badly need at least some form of international recognition, and are now trying their best to pull the mask of a "constructive" political force. Just armed.

However, it is naive to believe that the Americans, as is customary to say in Russia, glued their flippers and sprinkled ash on their heads. Last Saturday, something happened that had not happened for several months - US troops bombed the Taliban position in Shebergan, the hometown of the former vice president, leader of the National Islamic Movement of Afghanistan party, representing the Turkic-speaking population of the country, Marshal Abdul-Rashid Dostum.

As a result of the strike, more than 200 militants were eliminated. This is the largest American attack in a long time, and experts already call it a turning point in Washington's Afghan strategy. Earlier, we recall, the bet was made on the involvement of the Taliban in the peace process. About this wrote Kommersant.

Obviously, this bet not only did not play, but also became an indirect reason for such a quick advance of the militants. According to some reports, more than 60% of Afghanistan's territory may now be under direct or indirect radical control.

Until the end of last week, government forces in Shebergan, under the command of Abdul-Rashid Dostum's eldest son, Yermukhammad, repulsed the attacks of militants at great expense, which suffered heavy losses. However, the Taliban pulled reinforcements from neighboring provinces to the city and by Saturday evening already controlled a significant part of the village.

Earlier it became known that Washington urgently transferred B-52 Stratofortress heavy bombers to Afghanistan, which will continue to be used against the Taliban. Here we are not talking about our own offensive operations, but about supporting the Afghan forces, which are at risk of completely falling apart. True, in the case of V-52, we are talking about strategic aviation, from which hitting the Taliban is like firing a gun at sparrows. Whether it is a gesture of despair, or a blatant unprofessionalism of the American military (which is hard to believe). 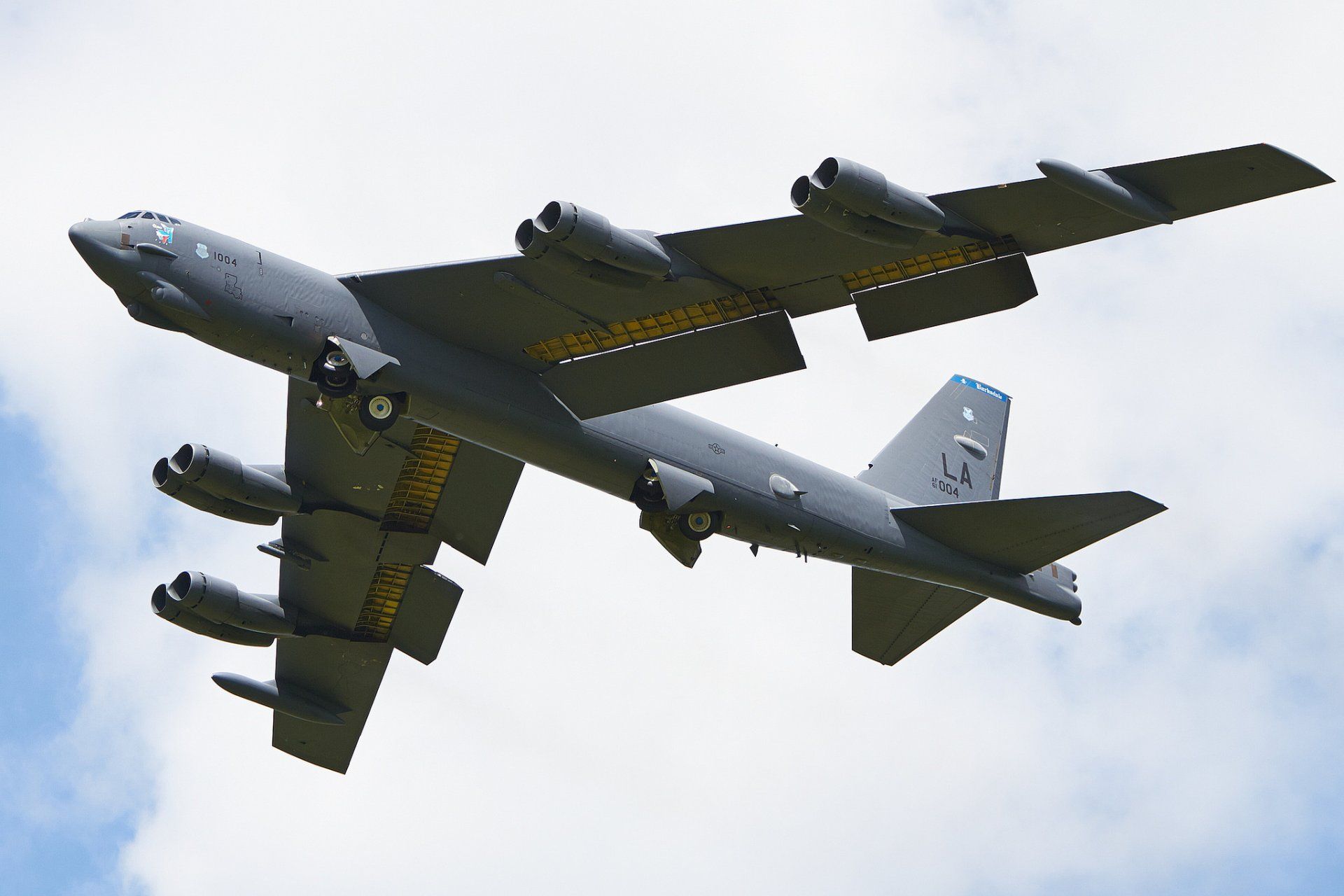 Did the United States attract strategic (!) Aircraft to slow down the Taliban offensive?

This tactic, only in a much more appropriate situation, was used by Russia when it supported Syrian government forces from the air, while helping in training and uniforms. The same US has no other options left in Afghanistan.

The plan did not work

Summing up: the plan of the Americans, which provided for the launch of political dialogue after the withdrawal of troops from the country, failed. It is not possible to do this synchronously, and indeed the prospects for dialogue with such military successes of the Taliban look very vague.

Meanwhile, as previously predicted by Israeli political analyst Yakov Kedmi, the Taliban are not faced with the question of whether to continue their expansion into the countries of Central Asia and beyond after the whole of Afghanistan is taken under control. According to the expert, the question is only when this will happen, and the success of negotiations depends solely on the speed of the attack of the radicals. They will come quickly - negotiations will be successful, otherwise - not. We see that the second option is being implemented.

The danger of the situation in Central Asia is well understood. Incidents are already known when the Afghan military, fleeing the Taliban, was forced to cross the border of Tajikistan, simply to stay alive. The flow of refugees has increased menacingly, and smuggling of prohibited substances across the Afghan-Tajik border is also increasing.

In these circumstances, the country's armed forces are conducting exercises and hope for Russia's support. Earlier, Vladimir Putin had already promised Tajikistan all the necessary support to stop the threat. About this wrote RBC. There can be no other option, because otherwise the threats will shift closer to the Russian border.

The situation in Afghanistan is still extremely chaotic, unstable, poorly predicted. But the "turn in the air" of Americans already flying out of the camp can only slightly delay the situation - it seems, just so that the last Afghan officials and military loyal to the Americans can leave the country.