"Elephant in a shop" stepped on a rake

If the United States is behind the coup in Sudan, then the Biden administration has done worse only to its state. Ordinary Sudanese in Washington are not at all remembered.

According to The Moscow Post correspondent, Sudanese Prime Minister Abdullah Hamdok, who was detained by the country's military during the coup on October 25, returned to his residence. His wife returned with him. This was confirmed in the office of the Prime Minister. However, a number of Sudanese ministers and political leaders are still under arrest.

This behaviour of the Sudanese military, which took power into its own hands, raises many questions. According to our sources, the military was forced to do this due to the protests of oil industry workers in the country, including those presented by foreign companies.

At the same time, not only oil workers are on strike, but also representatives of many other professions - doctors, bankers, teachers and even pilots. The Central Committee of Doctors of the Sudan withdrew its staff from hospitals, with the exception of emergency departments, as well as from military hospitals. About this writes RIA Novosti. 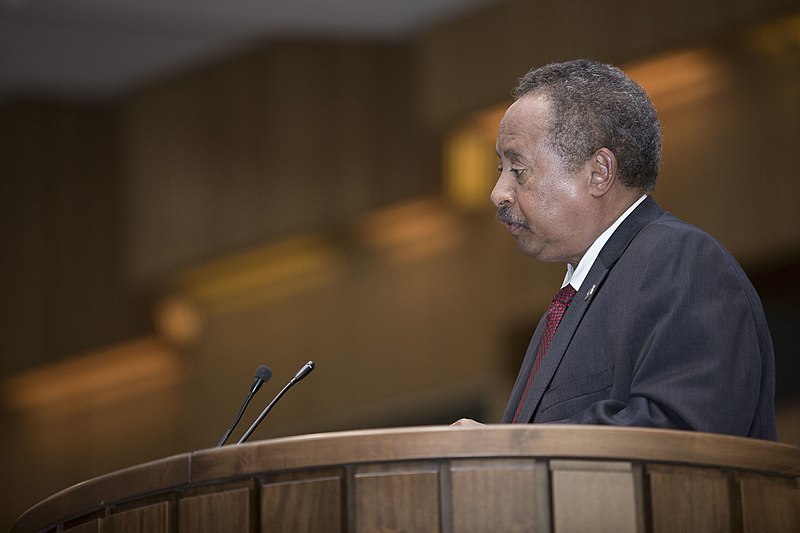 The situation in the country continues to heat up and may soon be at a standstill. Recall that Sudan is the absolute record holder in the number of military coups among all countries of the world over the past hundred years. The coup that took place was already the sixteenth in this period.

The current one occurred on October 25 in the capital of Khartoum, and was the second coup attempt in a month. The previous one was in September, but failed. This time, the conspirators are really close to success - representatives of the world community who seek to protect their interests are involved in negotiations with them.

At the same time, the version continues to muse that, as in a number of other cases, representatives of the American special services could provide consulting and material support to the military. Recall that in the summer, the United States excluded Sudan from the list of terrorist countries. Even earlier, in May, many other restrictions were lifted from him. This was supposed to attract investment in the country, unfreeze many assistance programs, as well as establish relations with the United States.

There should have been another, underdog goal. Namely, to eliminate the military presence of Russia in this country, which allegedly entered into a deal to exclude Sudan from the list of terrorist countries. Movement in this direction was started by the same military.

Russia has a strategic facility in Sudan - the logistics point of the PTMO Navy, which ensures the presence of Russia in the Red Sea.

In the summer, the chief of staff of the Sudanese armed forces, Muhammad Usman al-Hussein, said that Sudan was in the process of revising the agreement signed by the former Government of the Sudan and Russia regarding the Russian military project on the Sudanese coast. His words are quoted by Kommersant. 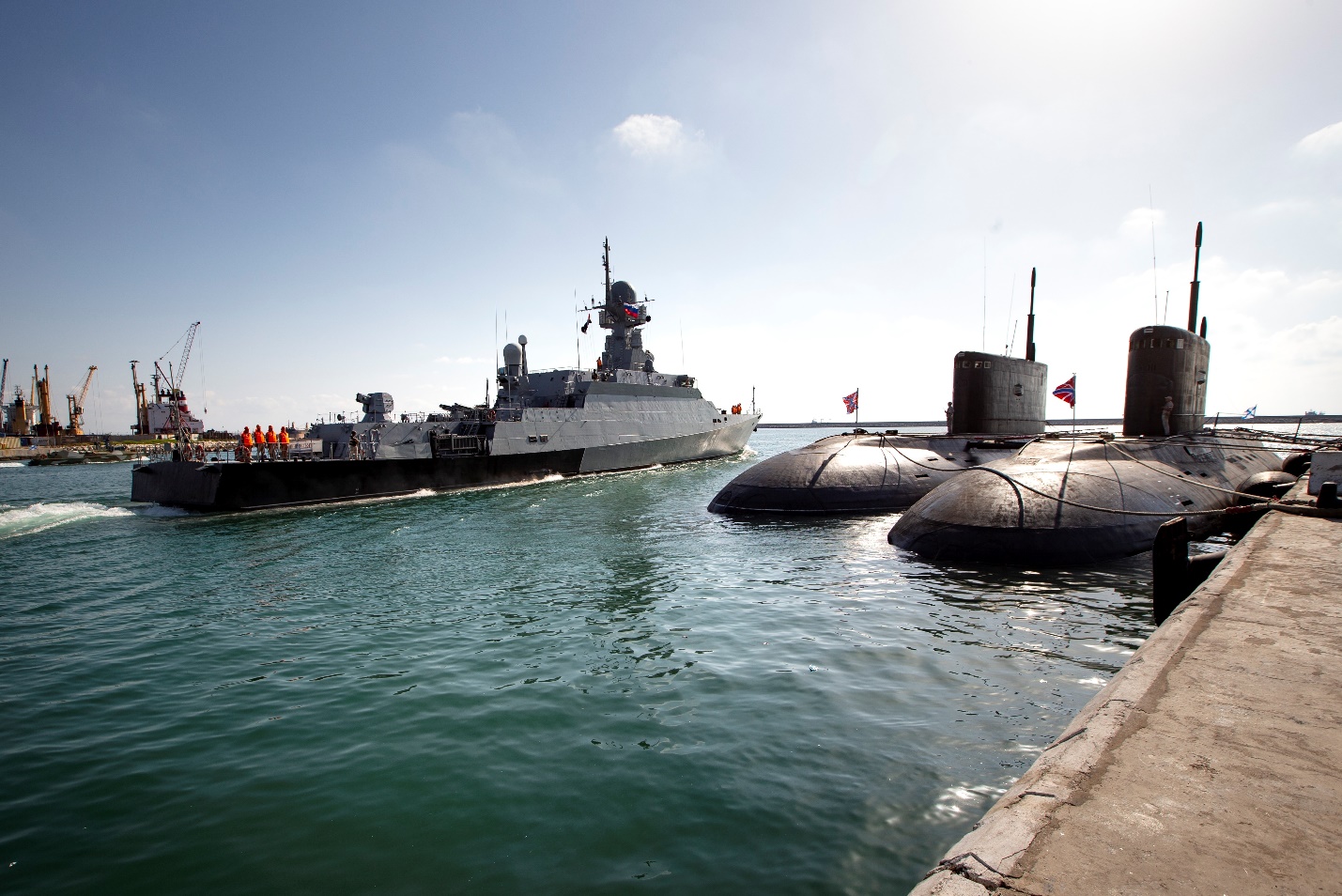 In the photo - the base of the Russian Navy in Tartus, Syria. A similar one should appear in Sudan, but due to the actions of Washington and the coup, the issue hung in the air

Al-Hussein also drew attention to the fact that the agreement with the Russian Federation was not ratified by the Legislative Council of Sudan, which is obliged to approve all international treaties. At the same time, he unequivocally noted that if earlier Sudan was limited to military cooperation with Russia and China, then "in the current era - after the name of Sudan was removed from the American list of terrorists - there is every opportunity for cooperation with the United States and other Western countries."

Only, apparently, the desire of the military, clearly bribed by the United States, did not find understanding in the wider popular masses, and especially in the government of Sudan. People remember perfectly well that many US restrictions have led to many troubles, economic instability, and increased crisis phenomena in the economy and political system.

Especially against the background of the recent US failure in Afghanistan, when a 20-year presence in this country ended in real tragedy and flight. It is logical to assume that Sudan's political elites simply do not want to evacuate from the country later on American military aircraft - there are clearly not enough seats for everyone there.

The topic with the revision of agreements with Russia hung in the air. Apparently, given all the other interests of the United States and Russia in this country, the Joe Biden administration decided to act more harshly and axed, and could banally provoke the conspirators.

We have already seen something similar in Ukraine, when the Obama administration first supported the protesters and their illegal actions with all its might, and then enthusiastically supported the violent change of power. And, as now in Sudan, instantly, even before the blood dried up, the question was raised of revising the Kharkov agreements with Russia, which enshrined the presence of the Russian navy in the Crimea.

A turning point even before these events was the overthrow in Sudan of the regime of Omar al-Bashir in the spring of 2019. The authority of the Sovereign Council has been established in the Sudan. Then the Sudan Transitional Military Council and the Alliance for Freedom and Change agreed to run the country together instead of the ousted President Omar al-Bashir. According to agreements between the military and civilian bloc, the council was supposed to rule the country for 39 months of the transition period before the parliamentary elections.

After the signing of the peace agreement between the authorities and the rebels of South Sudan in 2020, the transition period was reset. Now the elections are planned to be held only in 2024. Until then, Sudan will not actually have a legislative authority, and, therefore, there will be no one to certify the most important documents, agreements and laws for the country.

Almost immediately after the 2019 coup, Washington decided to reconsider relations with Khartoum, and began the process of lifting sanctions. This suggested that that coup could be initiated by the United States.

"The key actor of Sudanese drama is Washington. Much depends on whether the United States continues to unequivocally condemn the coup or soften its position. If they decide to return sanctions in order to support civilian activists, this will lead to a total socio-economic disaster in Sudan, "said Sergey Seregichev, associate professor of the Department of General History of the Faculty of History of the Russian State Humanitarian University. His words are quoted by Kommersant.

Elephant in the shop

Last August, US Secretary of State Mike Pompeo visited Sudan. This visit was supposed to be historic, and the promise of Sudan to join the process of normalization of relations with Israel, initiated by the previous American administration, became the key to good relations. Some steps in this direction have been taken. For example, the Government of the Sudan approved a project to repeal the Israeli boycott law, adopted as early as 1958.

However, the matter did not go beyond declarations, including about the Russian military presence. Sudan is a real patchwork of a wide variety of tribal, political, economic, and military groups, and the unambiguous reversal to Washington (after all the troubles it brought to Sudan) caused a significant part of society to be rejected. As well as employees of foreign companies in the country.

Apparently, the country's government simply went on a ruse, promising the United States a tougher stance towards Russia and China. China has completely entered the country economically, which also hits American interests. However, like Viktor Yanukovych in Ukraine, the Sudanese prime minister tried to sit on two, and even three chairs, receiving international assistance from different centers of power. And thus, with two coup attempts in two months, Washington hinted to him that he should accelerate.

The fact that the prime minister was released from custody also speaks in favor of the same version. On the one hand, under pressure from the international community, on the other, this would clearly not be enough. Apparently, on his part a promise was made, as they say, not to roar. 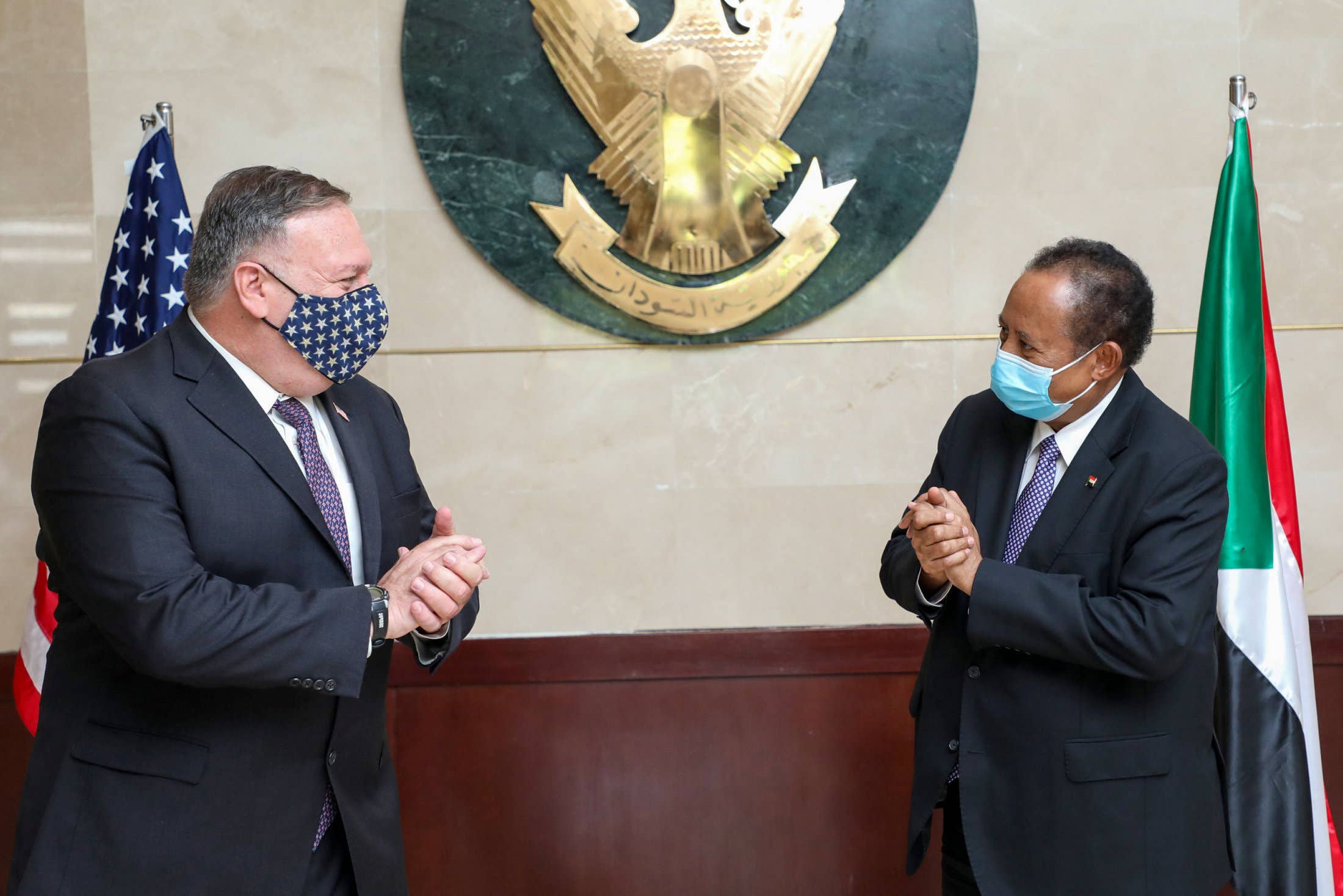 At the same time, calling this skillful "multi-navigator" Washington's language will not turn. Firstly, a significant part of the population and elite did not support another military coup. Secondly, this is no less sensitive topic, instability and mass strikes provoked an increase in oil prices in world markets. And this is already hitting the United States and its allies in Europe directly. Yesterday, at the close of trading, Brent crude oil traded at $84 per barrel - there were no such prices on the market for a very long time.

Thus, the actions of the United States in the Sudan, if the authorities in Washington are really involved in the events, resemble the adventures of an elephant in a dishware shop, and the consequences clearly do not contribute to overcoming the crisis in the Sudan, and especially to strengthening international security and stability.