Earning "points": why negotiations with Russia are sabotaged

Not counting with the lives of people, the Kiev leadership is pulling time, counting on the "strangulation" of the Russian Federation by European partners.

According to the correspondent of The Moscow Post, negotiations between the Russian Federation and Ukraine were supposed to begin last night and tonight. The latter asks to stop a special military operation to ensure the security of the DPR and LPR, launched by order of Russian President Vladimir Putin. The negotiations were to take place first in Belarusian Gomel, then on the Ukrainian-Belarusian border.

A wide delegation of representatives of the Foreign Ministry, the Presidential Administration and law enforcement agencies flew from the Russian side to the negotiations. It was headed by former Minister of Culture, and now Presidential Aide Vladimir Medinsky. Other important people include the head of the State Duma Committee on International Affairs Leonid Slutsky, Russian Ambassador to Minsk Boris Gryzlov, who has been negotiating with Ukraine in different formats for seven years.

But Kiev simply did not appear at the meeting! Even the composition of the delegation, which was supposed to come to the border, is unknown, since it has already changed. More specifically, to the checkpoint "Aleksandrovka-Vilcha" in the Gomel region.

"For us every hour, every minute... The faster the negotiations begin, the better, they are the Ukrainians rescued by our brothers, the civilian population, and the soldiers of the Armed Forces of Ukraine, who still remain on the line of confrontation. We are for peace, in case of refusal of negotiations, all responsibility will be on the Ukrainian side, "said Vladimir Medinsky.

Despite the unenviable position of the Ukrainian army, the defeat of military infrastructure and the outbreak of looting, Ukrainian politicians are in a hurry to earn political points in front of their curators from the United States and Western Europe. And do not stop the crisis at all.

This is expressed in many factors. The first of them is generally the very readiness to negotiate. Earlier, both in Russia and Belarus, they confirmed that a number of attempts to contact the Ukrainian leadership ended to no avail, they simply did not pick up the phone in Kiev. Then - a swing, when, depending on the situation in the special operation zone, Zelensky first confirmed readiness, then refused to negotiate.

A separate topic for speculation was the site. In the Russian Federation they are ready to speak in Belarus, in Minsk or Gomel. In Ukraine, they categorically refuse this. Initially agreeing to a meeting in Gomel, it was later decided to meet nevertheless on the Ukrainian-Belarusian border.

Allegedly, Zelensky is worried about the safety of the delegation, with which it would seem that problems could arise in Minsk. But as a result, they still agreed to the conversation. The reason is simple - the Ahe position of the Armed Forces of Ukraine and the Nazi "Dobrobats." The armies of the DPR and LPR, supported by the Russian Federation, crammed them throughout the special operation zone.

Presenting himself as bold defenders from the "aggressor," Zelensky not only earns political points in front of his own population. Those who today die from friendly fire suffer from looting. At the same time, Western countries are actively pumping Ukraine with weapons.

Last night, the head of European diplomacy, Josep Borrel, said that Europe would supply combat aircraft to Ukraine. Is this almost an open manifestation of aggression against Russia? In addition, the supply of weapons to the United States, Poland, Germany, and the Baltic countries continues to actively. Volunteers reached Ukraine from all over the earth. Mostly right-leaning radicals.

In the meantime, Zelensky is pulling with the negotiations, the APU uses the old ill tactics of American "clients," which Washington instructors managed to train in full. More specifically, equipment and weapons are located in residential areas of cities, as was the case with the same Village of Lugansk, Lisichansk, Severodonetsk.

By provoking attacks on these positions, Ukrainian strategists are trying to cause maximum destruction and death in order to then blame the opposite side for them. They adhered to exactly such tactics in 2014-2015 during the attack of Donbass. Yes, and all subsequent years. The goal is to cause even more international pressure on the LDPR and Russia, expose them to barbarians, delay the operation and strengthen their own negotiating positions.

Does the Ukrainian side get this? Frankly, yes. But it turns out for the simple reason that the Russian Federation and the LDPR have no goal of destroying cities and causing damage to residents. They act extremely carefully. The LDPR and the command of the special operation have repeatedly emphasized that they do not fire on residential buildings, infrastructure, social institutions.

Of course, all this significantly constrains the capabilities of our security forces. Where Ukrainian "dobrobats" pass with fire and sword, sowing destruction, representatives of the republics and the Russian Federation provide maximum assistance to local residents. Numerous shots of greetings and friendly attitude of local residents to the military LDNR and Russia were distributed on the Web.

Meanwhile, it is expected that negotiations on the Ukrainian-Belarusian border will still take place, allegedly - today during the day. Given the context and how long the Ukrainian side got (they say it was through Poland, complex logistics), they are unlikely to give any positive results. 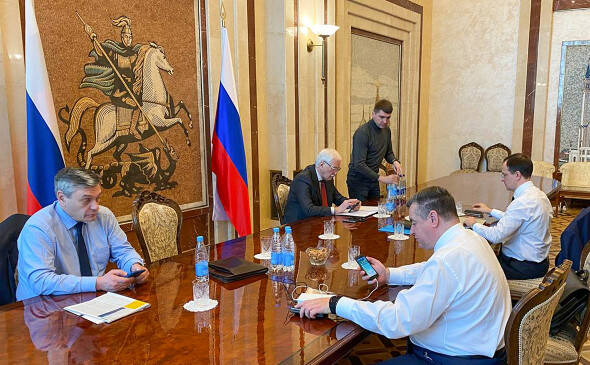 The head of the Servant of the People faction in the Verkhovna Rada, one of Zelensky's closest associates David Arakhamy, assistant to the President of Ukraine Alexei Arestevich, and a number of other officials hinted at the same thing. All of them report with a formidable appearance about military successes, without providing any evidence. Analysts are convinced that they have no real interest in stopping the operation and establishing relations with the Russian Federation.

This is extremely profitable for the United States, which wants to fight with the Russian Federation until the last Ukrainian. The longer the negotiations are sabotaged, the more Russia gets involved in the situation. Well, curators from Washington and Brussels do not think about ordinary citizens of Ukraine at all that they have proved all the last eight years of the crisis.

It remains to be hoped that reason will prevail, negotiations will still take place today and will be productive.