Disaster for PR, or the hysteria of helplessness

In an effort to harm Russia and curry favor with Western allies, the Kyiv regime is ready to provoke an environmental catastrophe in the Black Sea region.

On the morning of June 20, the Ukrainian army launched a massive missile strike on the Russian Chernomorneftegaz drilling rigs in the western Black Sea - the Odessa field was reported by RIA Novosti. Only civilian personnel were there, several people were injured, burned, several were missing.

The Moscow Post correspondent spoke about the background and international this situation.

The situation with the impact on our drilling platforms leads to bad thoughts. Why were industrial facilities not covered? Apparently, it never occurred to anyone that Ukraine would be so cynical as to hit such a dangerous industrial facility and endanger the security of the entire region.

As a result, a huge space could be in the zone of an environmental disaster due to a gas and fuel leak - it would "reach" Ukraine's allies from the same Romania and Moldova.

Only by luck and thanks to the competent actions of the Russian authorities and the leadership of Chernomorneftegaz managed to avoid a big tragedy. The most important thing is that the main danger was eliminated in time - the gas pressure on the platforms was reduced in advance.

However, what happened made it clear that the Ukrainian command, and the whole of Ukraine as a whole, did not care deeply about the life and health of people. In order to make a PR picture (and this is a clean, meaningless PR action from a practical point of view), they are ready for anything.

In parallel, Ukraine launched a series of inconclusive strikes on the Zmeiny Island, which is held by Russian forces. All shells were shot down in the air of air defense, the Russians have no losses. Having broken off his teeth about the military fortress into which the island turned, the Ukrainian nationalists had nothing left but to boast of success at Odessa.

At the same time, a retaliatory strike on Ukrainian military facilities in the Odessa region is not the only one. As the State Duma deputy from Crimea Mikhail Sheremet said, the attack of Ukraine unleashed Russia's hands - strikes will be inflicted on decision-making centers. His words are quoted by Ura.ru.

The attack on the drilling rigs will not go unpunished, said the governor of Sevastopol Mikhail Razvozhaev: This attack, like everything that Ukraine is doing now, is insane and thoughtless. This is a civilian facility where peaceful people work, and its disabling does not affect the gas supply to the peninsula in any way. This is how terrorists, distraught with impotence, behave. And this, of course, will not go unpunished, "the Red Spring news agency quoted him as saying. 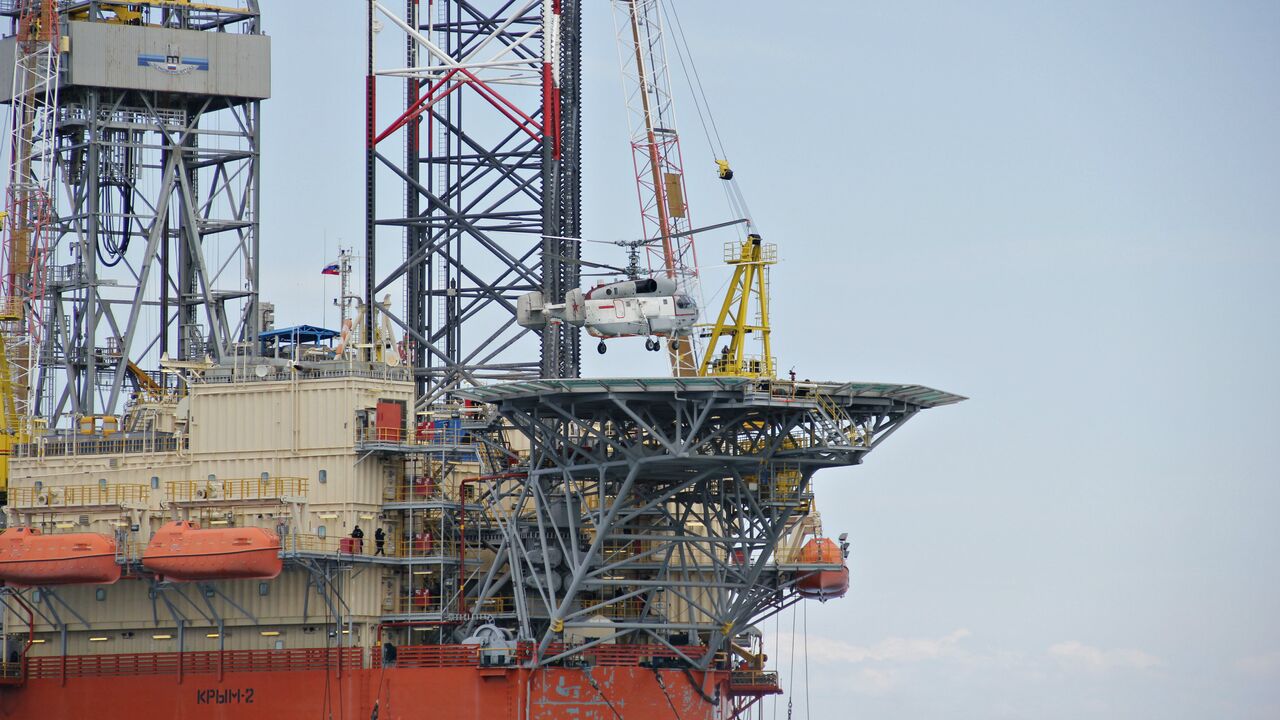 The attack on the drillers came out "Chernomorneftegaz" - an undisguised act of terrorism. Photo: crimea.ria.ru

Let's be frank - strikes "on decision-making centers" in Russia have been waiting for a long time, but only the military command can decide this. We want to note the international background of the strike.

It is no secret that despite the relatively unspeakable advance of the Russian army, ousting Ukrainian militants from Donbass, these very Ukrainian militants and their hired friends from abroad are suffering a catastrophic defeat. Photos and videos of soldiers of the Armed Forces of Ukraine regularly appear, who refuse to go to the front line, are constantly captured, used as cannon meat.

The past NATO summit at the Ramstein base, and in general the situation around the Ukrainian crisis, speaks of one thing - the West is tired of Ukraine, and its assistance with weapons and equipment cannot play a decisive role.

Zelensky urgently, blood from the nose needs at least some success. And since there are no real successes (do not count the surrounded Ukrainian militants at the Azot plant in Severodonetsk - the second Azovstal), lyceums from the 95th quarter and their overseas directors strike at civilian industrial facilities.

In parallel with this, Ukraine continues to sabotage the issue of grain export through the ports of Odessa and Nikolaev. Instead of clearing ports and missing civilian ships, accusations against Russia are heard again. And this is at the moment when representatives of Russia, Ukraine and Turkey, within the framework of the contact group, continue to look for a solution to this issue. The decision is simple - Ukraine should release ships from ports.

In this sense, the non-constructive position of the EU and its chief diplomat Josep Borrell is not surprising. The day before, he said that Russia was trying to provoke a global food crisis and even hunger, allegedly blocking the export of Ukrainian grain by sea.

As it recalls the speech of US President Joe Biden, who called the increase in fuel prices and, in general, the deterioration of the economic situation in the States "Putin's tax." From a sore head to a healthy one - a classic of the genre.

Mr. Borrell just needs to be able to count. In 2022, the global market for the same wheat is about 800 million tons. Ukrainian grain in this volume is about 5-7 million tons. Even if it suddenly disappeared somewhere, it would not have had any dramatic impact on the food market.

But it doesn't matter. After all, the main thing is to instill in the Western consumer, allegedly Russia is a "barbarian" and wants to starve poor Africans. Those same Africans who were robbed, killed, enslaved by Europeans for centuries. Cynicism, and nothing else.

How much "javelins" for the people?

Returning to the PR actions of Ukraine - of course, this is not only PR. But also probing the reaction and defense of Russia in this direction. After all, the so-called Transnistrian case is waiting. The Ukrainian command dreams of capturing large Russian ammunition depots. After all, they lost their main vaults in Balakley forever.

But without the support of Moldova and its pro-Romanian head Maya Sandu, the Armed Forces of Ukraine has no chance to cope even with the limited contingent of our peacekeepers who are in Transnistria. And this is only about three thousand people.

Ukraine is afraid of an answer - after all, starting an offensive on Transnistria, the Armed Forces of Ukraine will have to weaken its position in the Nikolaev and Odessa regions.

And the forces that are there are experiencing a huge shortage of fuel, ammunition and heavy equipment. As a matter of fact, this is exactly what - additional supplies of weapons, was the underlying goal of the attack on Russian facilities in the Black Sea.

Where is the logic? Ukraine really needs at least some kind of, at least a small victory. It is necessary to show the Western consumer that the weapons supplied by the West work, that they help. And this is despite how many weapons, equipment and ammunition from the West are destroyed and captured in the DPR and LPR.

In addition, enterprising Ukrainians promptly organized a trade in Western weapons on the black market. The vaunted "Javelins" turned out to be ineffective in the conditions of the battles in the Donbass, but perfectly leave $30 thousand through the "darknet" - the analogue of "Avito" hidden from prying eyes.

By the way, on the same on the "gray" message boards back in March, a bunch of ads appeared about the sale of Kalashnikov assault rifles, which in the early days of the SVO the Kyiv regime distributed to whom it did not get, provoking real chaos.

So Western assistance with weapons still benefited someone - but not the Ukrainian army and Nazi battalions. And the brave defenders of freedom and democracy are Europeans, very soon to face, and already face their own and American weapons flooding Europe.