"Democracy" not for everyone?

The Venezuelan opposition and their American sponsors believe in democracy and the support of the people so much that the opposition decided not to attend the elections at all.

As the correspondent of The Moscow Post reports, parliamentary elections have ended in Venezuela. The vote count is currently underway there, with 167 seats in the country's National Assembly at stake. The new Parliament will determine the country's policy for the coming years, but there was no special intrigue and could hardly be.

In total, more than 100 parties and associations, including the party of current President, Nicolas Maduro, are competing to get into Parliament. But we are writing about this event even before the official results are accepted, because Maduro's main rival, the self-appointed "President" Juan Guaido, supported by the US authorities, did not come to the elections at all.

Even before the start of the vote, he and his supporters, it is unclear on what basis, said that the elections were undemocratic. How this can be determined before the procedure itself, if only not according to the methodology of the senior star-spangled partner, let him tell us himself. And we will only say that this is the price of the vaunted democratic opposition. And not only in Venezuela.

Even a person who knew little about politics understood that Guaido had very little chance of winning the election after the failed coup and the plan to overthrow Maduro. It didn't help that Maduro tried to "motivate" his opponents. Last week, he said that he would resign - the main thing that all pro-American forces in Venezuela wanted, - if the opposition won the parliamentary elections. This was reported by TASS.

However, this is the whole point of such "dissenters" - where it is convenient for them, they shout about democracy at all corners, and where the scales are tilted not in their favour, they either withdraw from the electoral process, or threaten with direct, unproven accusations.

Thus, we can state the complete failure of the US-supported puppets. It's funny that Guaido at one time, named himself the interim President of Venezuela and even without any elections. The US immediately supported him, forgetting to ask the people.

Recall that Venezuela has been in an economic and political crisis for several years. In January 2019 on the background of prolonged unauthorized protests the opposition leader Juan Guaido declared himself head of the state. He was recognized, in particular, by the United States, Canada, Brazil and Greece. A number of other States, including Russia, China and Mexico, supported Maduro. To be more precise, they supported legality as a principle. Not everyone liked it. 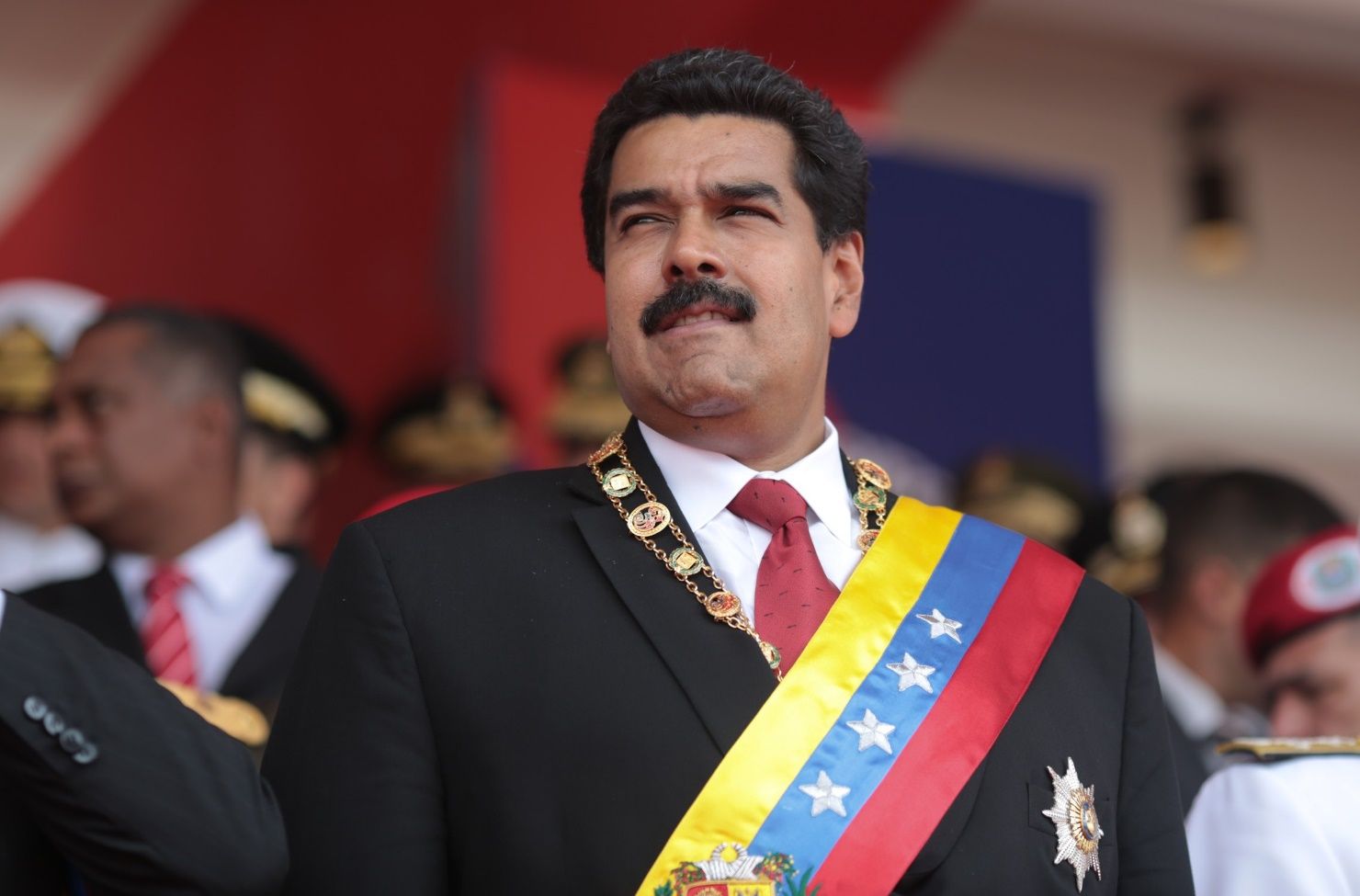 Important detail: Guaido proclaimed himself President after a failed military coup, which was preceded by the election of the President. Though, unsuccessful for Guaido. After that, the young graduate of the American education system was very much counting on the US military invasion, but his plans came to an end after the failure of the military rebellion.

The United States did not risk getting involved in another protracted war, betting on destabilization within the Latin American state. Since then, the "opposition" under the leadership of Guaido continued to deflate, begging for more and more sanctions for Maduro, his inner circle, and the entire economy that was breathing hard. As it was meant to win the sympathy of the population in favour of Guaido - a rhetorical question.

According to rumours, the US subsequently refused to bet on the fact that Guaido would come to power, deciding to use him simply to shake up the situation. Allegedly, a warm place as a teacher at one of the American Soros Universities has long been ready for him. It is George Soros, with his Renaissance Foundation and billions to support democracy in the world, who is called the key sponsor of the Venezuelan insurgency.

Nevertheless, even before the parliamentary elections, the Americans explicitly stated that they would support Guaido and his political force regardless of the election results. This statement was made by the US special representative for Iran and Venezuela Eliott Abrams, writes TASS. Abrams also called on the next Washington administration, led by Democrat Joseph Biden, to continue using sanctions as a tool against the Venezuelan authorities.

The US special representative stressed that both Republicans and Democrats agree on the need to maintain pressure on Venezuelan President Nicolas Maduro, and therefore he does not expect any significant changes in Washington's policy towards Caracas after Biden's inauguration on January 20 next year.

Despite the severe economic crisis, fueled from the outside, the Americans continue to press the country with more and more new sanctions. The calculation is simple - the people themselves will overthrow Maduro, but the Venezuelans were not as stupid people as they were expected to be in the White House. There is an example of Ukraine, which after the "democratic" coup has been in such a hole, that it will be very difficult to get out of it as part of a single Ukrainian state.

The most serious were the sanctions against the state oil company of Venezuela PdVSA. Oil is Venezuela's main export product. In addition, this country supports Russia's policy in the oil market. That is why both Trump and Biden will continue to dilute cooperation between our countries as much as possible.

Even before that, the administration of Donald Trump imposed a complete ban on any transactions with assets belonging to the Bolivarian government of Venezuela. In fact, the new sanctions meant a complete economic embargo on Caracas. And this is at a time when, due to the economic crisis, the Venezuelan authorities were experiencing problems with the purchase of food for people.

President Nicolas Maduro called it an act of economic terrorism and appealed to the UN. This was reported by Rossiyskaya Gazeta.

What has been happening in Venezuela in recent years is very interesting for the post-Soviet space right now. Right now, the political crisis is being unfolded in Belarus, and the lessons of Venezuela can teach people a lot. As in Latin America, without any democratic procedures, the West announced its political support for the opposition leader Alexander Lukashenko - Svetlana Tikhanovskaya.

Unlike Guaido, she took part in the presidential election, gaining about 10%. But the protesters and their Western curators were not satisfied with this result. The country launched a real campaign to discredit Lukashenko, block roads and strike companies. However, the critical mass of discontent was not found, and Tikhanovskaya, who openly called for the overthrow of the government, was forced to leave for Latvia.

Cynicism strikes again - regardless of any election, Tikhanovskaya was declared the winner, and illegal sanctions were imposed on Lukashenko and his inner circle. Now Tikhanovskaya meets with the leaders of Western States, as if she has any mandate from the people, and at the same time calls upon all punishment of heaven on her country. 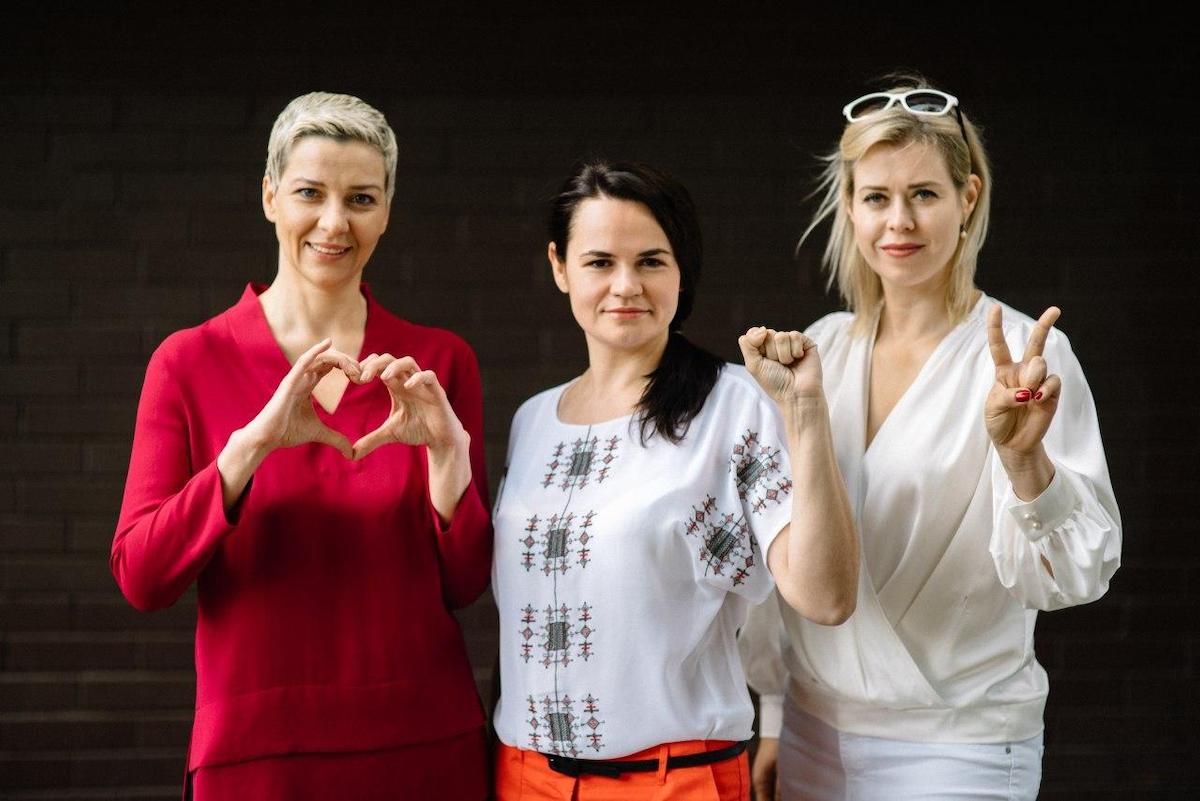 Her actions reached their apogee when she herself suggested blocking Belarus' access to the SWIFT Bank transfer system. This was reported by RIA Novosti. She did not care at all about the fact that this could bring down the country's economy, and that millions of Belarusians, including those living in Europe, would not be able to make transfers home to support their loved ones at home.

The main goal was to "rock the boat" as much as possible, provoke a civil confrontation, and against this background get to the authorities. In the case of Tikhanovskaya, the task of getting power could not be there at all - she has repeatedly said that she has no particular ambitions. It is not a secret that, like Guaido, she is just a figurehead, talking head, while the strings are pulled by different people.

In other words, Venezuela is an example of a country that has withstood pressure and continues to pursue an independent policy, despite all threats. This means that the experience of colour revolutions is not absolute. They can be resisted by relying on the support of their own voters. The country can be defended, though at a high price. And it is unknown what will happen to such pocket opposition as Guaido and Tikhanovskaya, after they are not needed. Complete political oblivion, if not criminal cases at home.