Dear Juan: what is being prepared for Tikhanovskaya?

The new initiative of the Belarusian opposition, behind which the ears of the United States stick, pushes Belarus into a new round of confrontation and may provoke blood.

Does Latushko understand what terrible line brings his own country to? If he still thinks she's his own. This is a direct call for the creation and recognition of illegal authorities, parallel to those already operating in the fraternal republic. And we hear this call exactly after the real, not fake, President of Belarus Alexander Lukashenko held a meeting with his Russian counterpart Vladimir Putin.

During the visit, we recall, we discussed the defense of the borders, the situation in the Donbass, issues of socio-economic cooperation and further integration of the two countries within the framework of the Union State. About this wrote Lenta.ru. Such a development of bilateral relations is clearly not to the liking of those who would like to see another leadership in Minsk and Moscow.

Shortly before that, Latushko made another initiative - he announced his intention to create his own party. Another political opponent of Lukashenko, ex-presidential candidate Viktor Babariko, made a similar statement. And they intend to create a party in Belarus. And how do gentlemen go to register - and even against the background of support for people trying to appropriate the choice of the Belarusian people?

According to our information, Pavel Latushko, before voicing his proposals, could coordinate them with Washington - if not get them from there at all. And at least I had to consult with the "elders" about such a step. 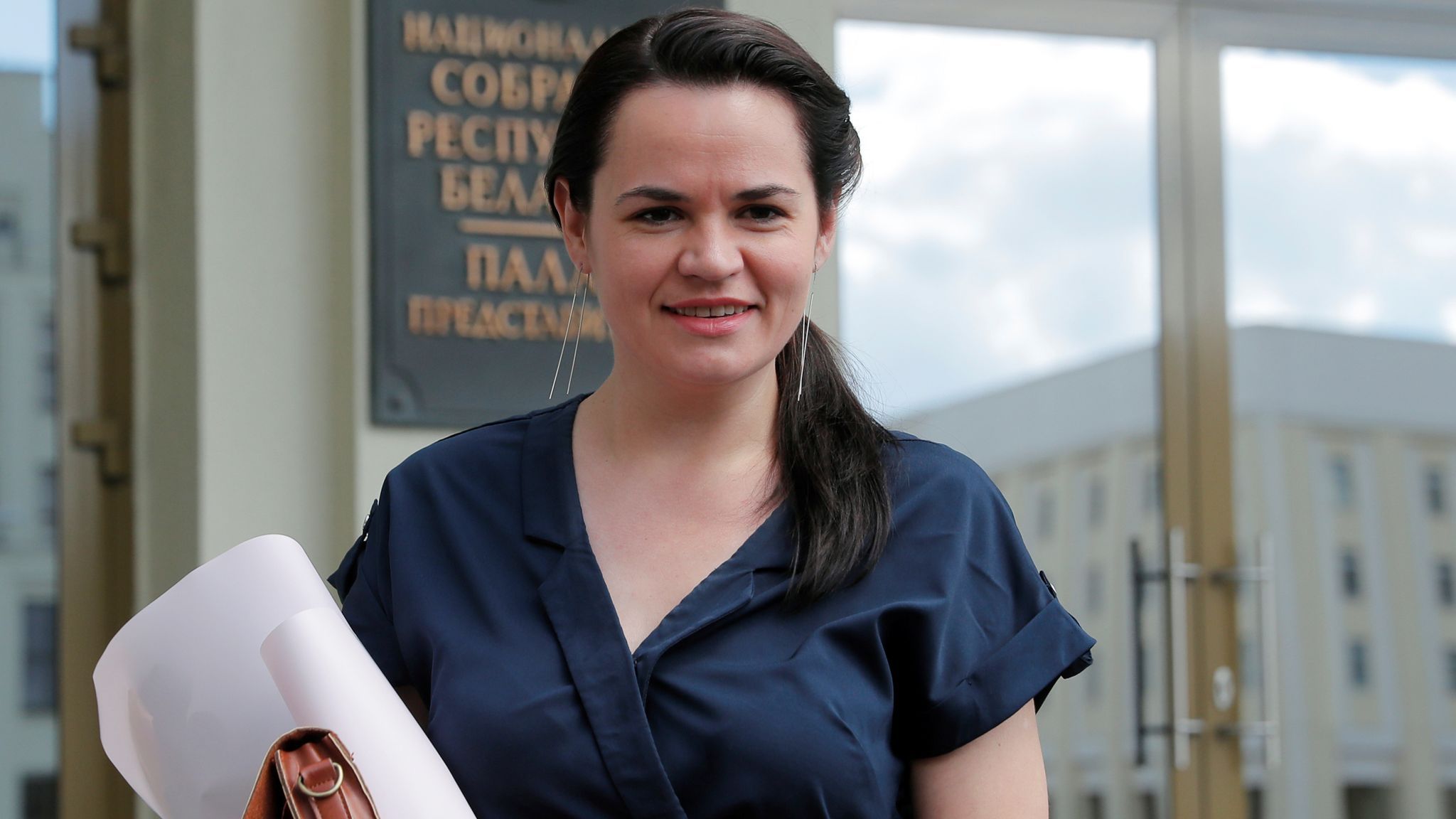 They began to forget about Tikhanovskaya. Is it time to get her out of nothingness?

Thus, the American administration, unhappy with the unification of Moscow and Minsk before external threats, may repeat the gross mistake made in Venezuela. And if not for the position of the Russian Federation and other responsible players, the situation could become for the Latin American country a prologue to a bloody civil war.

From the change of names, the methodical does not change

This, of course, is about the Venezuelan opposition figure, who received an excellent education in the United States, Juan Guaido. Briefly recall how events developed. After the presidential election in Venezuela, in which Nicolas Maduro won, in January 2019, dissatisfied with this, "oppositionists," fed Washington "cookies" according to the Ukrainian example, poured into the streets. They were led by a young lawyer, speaker of the Venezuelan parliament Juan Guaido.

He himself could take part in the election of the head of state. But both Guaido and the political force behind him boycotted the election. They were well aware that it would not be possible to get the reins of government into their hands by constitutional means. There was simply not enough support in Venezuelan society.

Moreover, even before the vote took place, the elections were declared dishonest, and Nicolas Maduro and everyone who supports him (especially the security forces) were declared criminals. As a result, Guaido, having gained courage and enlisted the support of American curators, declared himself right on the street... President of the country.

The result is a new round of acute civil confrontation, which dragged on for several years. But it is not Guaido's position that is outraged. Not much, what a passer that yells on the street. In Belarus - well, just tracing paper from these events, the technologies are the same. However, unlike Latin America, under the side of the Republic of Belarus - Russia, which did not allow to close and isolate Belarus, helped financially and morally.

In the case of Guaido, another thing is important. As soon as he declared himself acting president, he was immediately recognized in the United States, and then in a number of European countries. As TASS wrote, among them were such democracies as Great Britain, Germany, France, Austria, Israel, the Czech Republic, Japan, and others. Almost all of them follow in the fairway of Pax Americana, and just repeated Washington.

This is a real attempt to create dual power in a country that never ends in anything good. No one needs to give examples of the situation in the Russian Federation in 1917? A fresh example is Ukraine, where a series of passers-by and radicals who are not related to the democratic choice of Ukrainian society were sharply recognized at the helm of the country.

This is a real attempt to create dual power in a country that never ends in anything good. No one needs to give examples of the situation in the Russian Federation in 1917? A fresh example is Ukraine, where a series of passers-by and radicals who are not related to the democratic choice of Ukrainian society were sharply recognized at the helm of the country.

The same with Venezuela: what about the elections, what about the results of the vote? And in no way. And exactly the same situation developed in Belarus, although Tikhanovskaya nevertheless took part in the presidential election. Having received about 10% of the vote for her, her curators were clearly not satisfied with this result. Tikhanovskaya fled the country amid the riots that her supporters staged.

Next, you already know. Her supporters declared her elected president, she received political asylum in the Baltic states, met with Angela Merkel and other European politicians. But, as they say, it did not come: unauthorized actions in Belarus quickly came to naught, Lukashenko stood down. Moreover, he started constitutional reform. Investments in yesterday's housewife, who herself is not happy about her role as a people's tribune, did not fight back.

In the case of Venezuela, it reached a direct civil confrontation, which almost ended in foreign intervention. From the bloody coup, Maduro saved not only the support of people on the street, but also the fact that the security forces remained faithful to him - it was not possible to buy and intimidate them. At the same time, a real hail of sanctions from the United States and the EU fell on the country. Venezuela's tens of billions of dollars worth of accounts were blocked, after which the State Department began to bargain over the sending of humanitarian aid to the country. Isn't that cynicism?

Similarly, sanctions were imposed on Belarus and its leadership. Only then did Western technologists go further. Realizing that it would not come across the street and the security forces to overthrow Lukashenko, they tried to organize an attempt to kill him. The President of the Russian Federation spoke about this in his Message to the Federal Assembly the other day. That is, they have already crossed just all the borders.

But recall the ill-wishers of Belarus and those who want to tear it away from Russia, which ended the story with President Juan. And with nothing - realizing that the project did not pay off, it was simply "leaked." In January 2021, it became known that the European Union ceased to recognize Juan Guaido as the legitimate head of Venezuela. About this writes Rossiyskaya Gazeta. 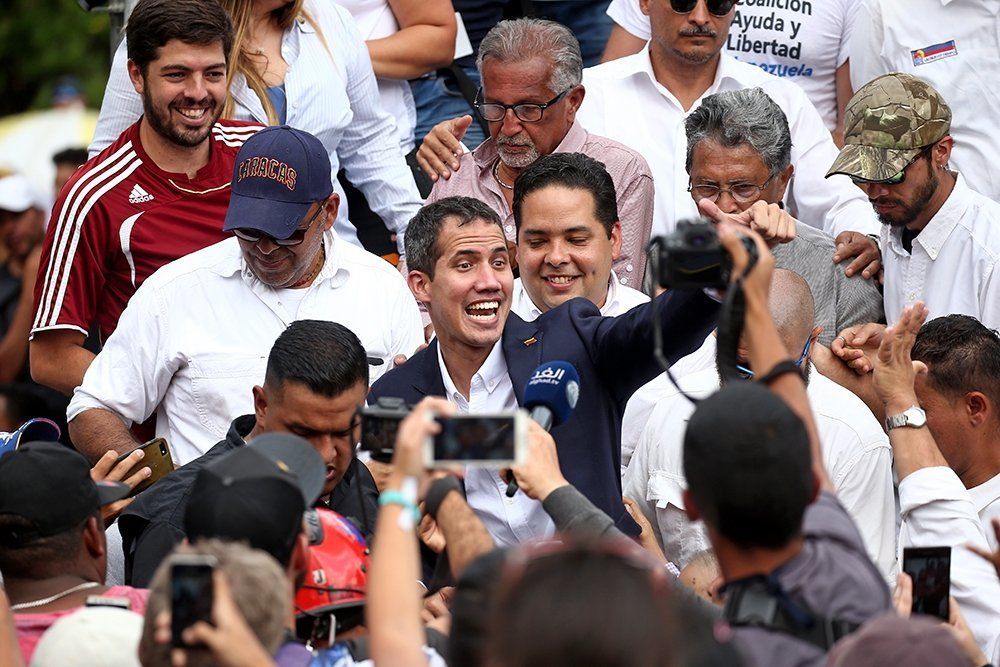 Bet on Juan Guaido did not play. Nor will the bet on Tikhanovskaya

Now the EU will have to re-build relations with Venezuela. And it is not clear what the pocket Belarusian oppositionist Pavel Latushko is now counting on. To the fact that the United States and the EU will repeat the mistake made with Huaido? But it looks like they can go for it. Not at all because Tikhanovskaya has a chance to become a national leader. After the riots and the preparation of the terrorist attack, the Belarusian opposition has no faith at all. And because this will help to maintain tension and provoke instability in the RB.

And everyone is well aware that the Republic of Belarus is only a pilot site, while the ultimate goal is Russia. With an eye to the presidential election in 2024, such work is underway. But, as in the case of Venezuela and Belarus, in the end, the vicious will have to admit their defeat.