The statements of the Ukrainian leadership resemble sluggish schizophrenia, which can have catastrophic consequences for the entire region.

According to the correspondent of The Moscow Post, on the eve of the visit of the outgoing German Chancellor Angela Merkel to Ukraine. This trip was the last for Merkel in her current status, while experts even before her start called another attempt to persuade the Ukrainian leadership to fulfill its obligations in the international arena related to the implementation of the Minsk agreements and the implementation of the Steinmeier formula in Ukrainian law.

However, the domestic political situation in the country, the political culture in the country as a whole make these attempts, if not useless, then definitely ineffective. Zelensky expected that Frau Merkel would remain on the Crimean platform.

However, she not only did not remain, but also said that the German Foreign Minister would not be able to come to the event. Everyone is very busy with Afghanistan. Instead, the Minister of Economy, who is not decisive in this situation, will come. What is this if not the "fi" of the entire Ukrainian government?

We are not talking about a meeting in Paris in the Norman format, which was held in December 2019. The agreements on its results from the Ukrainian side were not even going to be implemented. We are talking about the situation in the Ukrainian politician as a whole, which increasingly resembles a can of spiders. And the head of the country, Zelensky, seems to need a long rest at all.

Over 70% of the population who voted for him have already realized the price of his election promises. The main one was, recall, peace in the Donbass. Today, the anti-rating of Zelensky and his "Servants" is confidently approaching 60% - this has never happened and not a single president of long-suffering Ukraine. Even Poroshenko!

The Crimean Platform mentioned by us is such a PR simulacrum, which should return the discussion of the non-existent problem of Crimea to the international agenda, demonstrate support for Ukraine on this issue in the world. The event starts today, on the eve of the 30th anniversary of Independence of Ukraine, which will be celebrated tomorrow.

But even before the start, the Crimean Platform "cracked" and failed, because the organizers could not fill it with content. Russia does not discuss the topic of Crimea at all. What do they have to discuss?

Many countries refused fate. And those who agreed did it more out of courtesy and momentary political gain. What can we talk about if the main ally and partner of the United States, who helped most in the situation with Crimea, is represented by the Minister of Labor?

A frivolous attitude to the event, as well as to President Zelensky and his entire "Young Kleptocracy," is understandable. Ukraine is doing everything to do nothing to normalize relations both inside and outside the country. That sluggish schizophrenia continues with dividends for the party of war inside the once fraternal Republic. 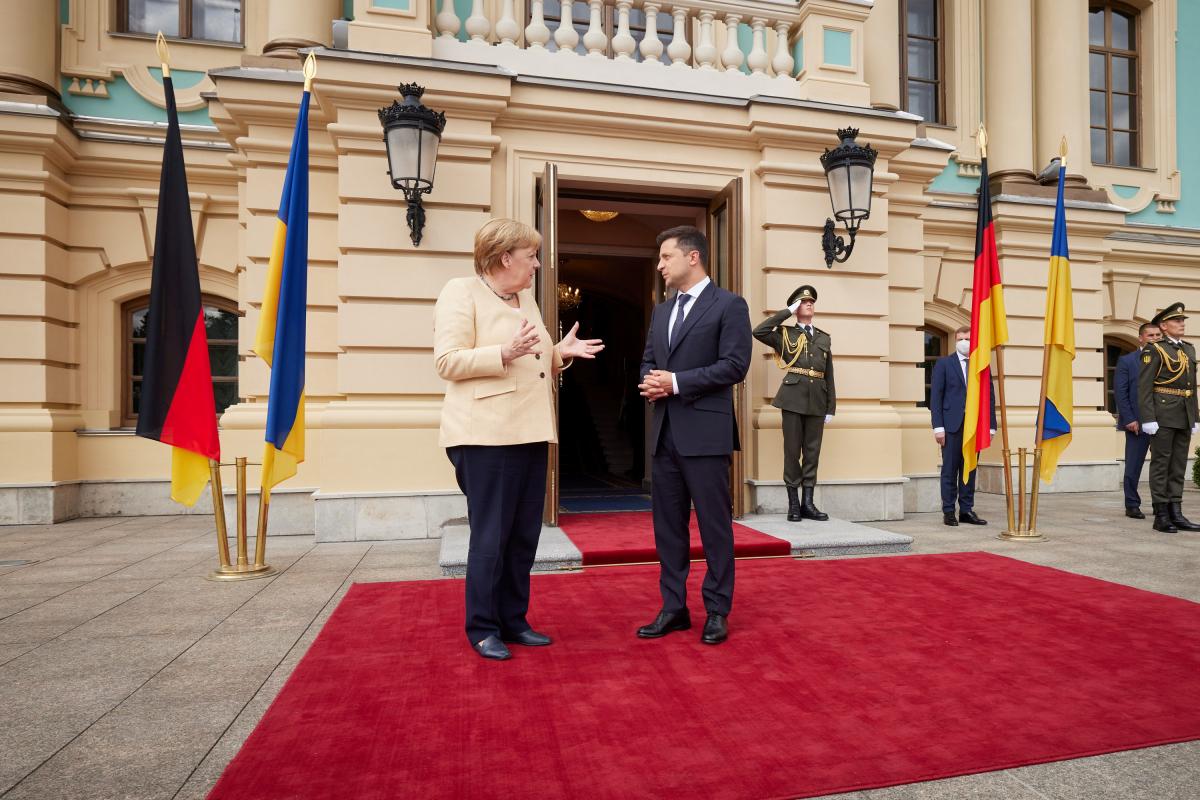 Declaring a desire to return Crimea and Donbass, Ukraine first imposed an economic blockade of these territories, and even earlier, cut off Crimea from electricity and water supply. As if these decisions were made by different individuals. Or alone, but suffering from a serious disorder.

The same applies to the issue of Nord Stream-2 and the topic of gas transit through Ukraine. Zelensky, like his predecessors, says at all angles, but this is a political project related to security. And they themselves vow monetary compensation for putting the pipeline into operation. How is it, because the Motherland is not traded? Or this is no longer a question of security, but simply a desire to save one and a half to two billion dollars from transit, which they themselves idly missed.

Now Zelensky needs a "body armor" from Nord Stream-2. About this writes RBC. Give me the money, guarantee me, protect me. And we will do nothing to establish peace in the Donbass, frightening the mythical invasion of the Russian army. Merkel, of course, assured him that she would help. True, the transit agreement is valid until 2024 - where will Merkel then be? On an honorary pension.

The same - bifurcation of personality, give away other decisions and statements of Mr. Zelensky. Of course, he does not recognize the legitimate Russian government in Crimea. He insists on some kind of occupation, although the Crimeans themselves do not notice anything of occupation. But Zelensky continues to have an apartment in the Crimea, which should be recorded on his wife.

And not only has, but also continues to pay for utilities in the Russian budget. The head of the Crimea, Sergei Aksenov, spoke about the good payment discipline of the family of the Ukrainian president. His words are quoted by RBC.

Zelensky can be praised, but it is unlikely that local nationalists will be pleased with such a responsible approach. Already one thing that he did not refuse an apartment in Russia, says a lot. What about the occupation? But how to pay taxes to the "aggressor"? Which will go, among other things, to the defense of the country? Something does not fight with other statements of Ukrainian politicians. Or maybe Zelensky has a split personality?

Not much to talk about

All this, of course, was before Zelensky. The same Poroshenko with his "army-faith-mom" ("Armovir") for many years calmly paid taxes in the Lipetsk region, where his Roshen confectionery factory worked calmly. Today, Zelensky is already selling products of his "5th quarter" (Russian-speaking, we note, products) to Russia.

On our TV are the series "Daddy," "Matchmakers" and others. And in Ukraine, Zelensky talks about Russia's hybrid weapons, and people who go there to work are stigmatized, squeezed out of the country. Isn't that personality bifurcation, doesn't it look like schizophrenia? It may be smiling, but the money does not smell, and no one even stutters about Zelensky's principle. There's no her.

Recently, Zelensky gave an interview where he told how he ate rapans in Crimea. And everyone who goes there (and in the Donbass) with a Russian passport is just invaders. At best - walking tourists. And all local residents who conditionally do not like Ukraine should leave for Russia. 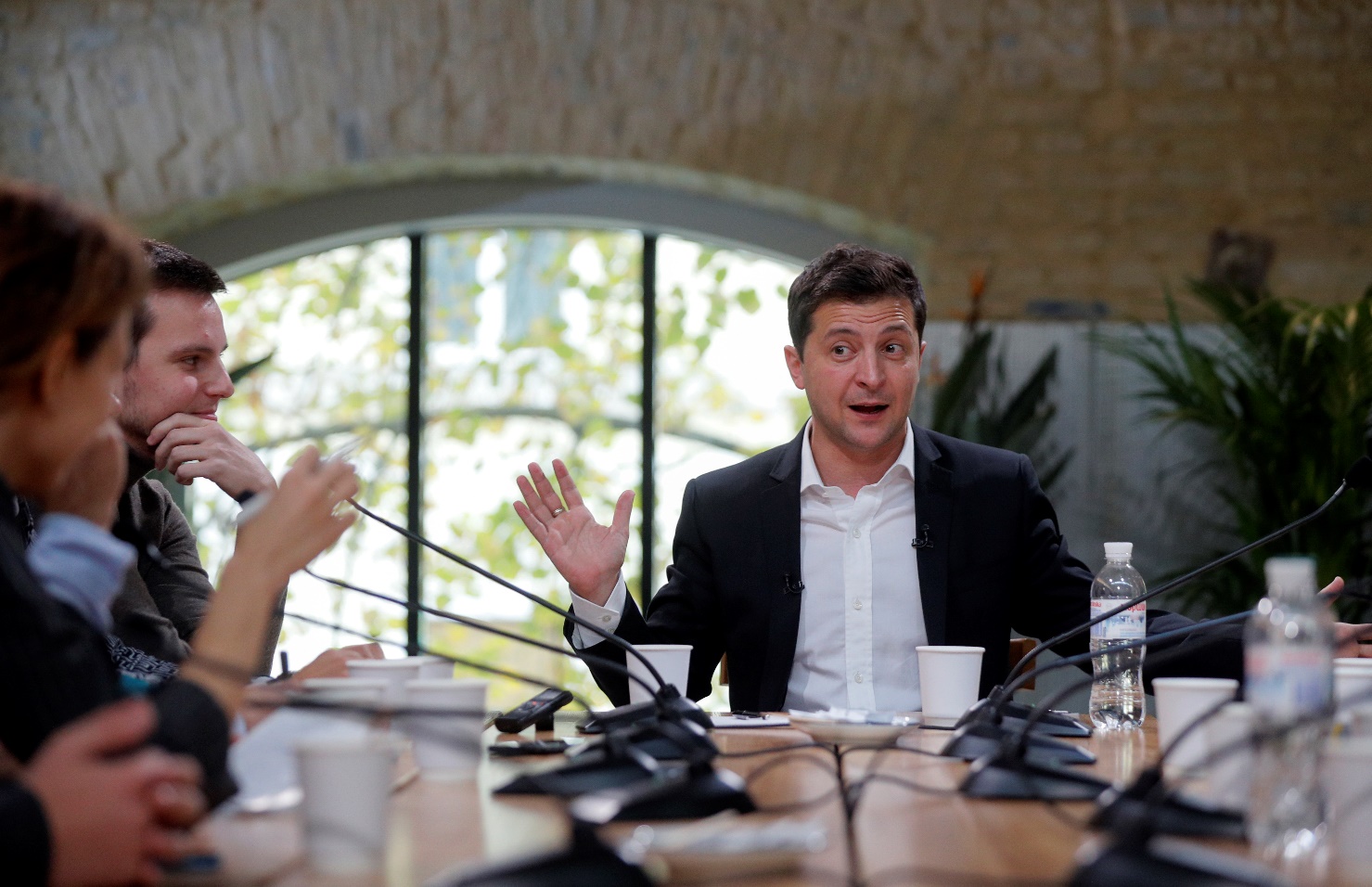 Even his own entourage is not serious about Zelensky's words

He gave an interview on the state television channel "House," which should build bridges with Donbass and Crimea. But he is engaged only in cheap propaganda and pouring help on everything related to the Russian World and Russia. Also schizophrenic approach.

Previously, the "suitcase-station-Rostov" could be heard only in the dark gate and at a neo-Nazi rally. Now this is the official position of the president, who promised to reduce the intensity of passions on language and other acute issues. It sounds from state TV screens.

At the same time, Zelensky and his entourage continue to talk about European values, democracy, and freedom of speech. On the opposite bowl of scales in such a section, Russia allegedly lies. This looks ridiculous, especially against the background of anti-democratic actions of the Office of the President of Ukraine.

Practice there is standard. There is the National Security and Defense Council (NSDC), which by its decision out of court decides who exactly today threatens the security of the state. Sanctions are imposed on individuals, media, political organizations, they close under the pretext of suspicion of treason. The head of the NSDC, Alexei Danilov, publicly insults Crimeans, recently he gloated about the floods on the peninsula. One hand manim to ourselves, the other hit on the head? Political schizophrenia - but quite conscious.

Recently, one of the last opposition media in Ukraine was closed in this way - Strana.ua and Sharij.net. In addition, sanctions were imposed against OUR TV channel - also one of the last opposition media. The first media generally blocked access to the site. Against the chief editor of the "Country" Igor Guzhva also introduced restrictions. The main faces of Шарий.нет fell under them, namely the popular blogger Anatoly Shariy himself, his wife, the editor-in-chief of "Шарий.нет" Olga, as well as... Olga Shari's mother Alla Bondarenko.

What does the mother of the opposition's wife have to do with his activities is not clear. Looks like the bottom is punched. In Ukraine, for some reason, the "democratic" media are silent about this. What is also interesting is the silence of our domestic liberal media, which like to advocate for freedom of speech, when it benefits them personally. 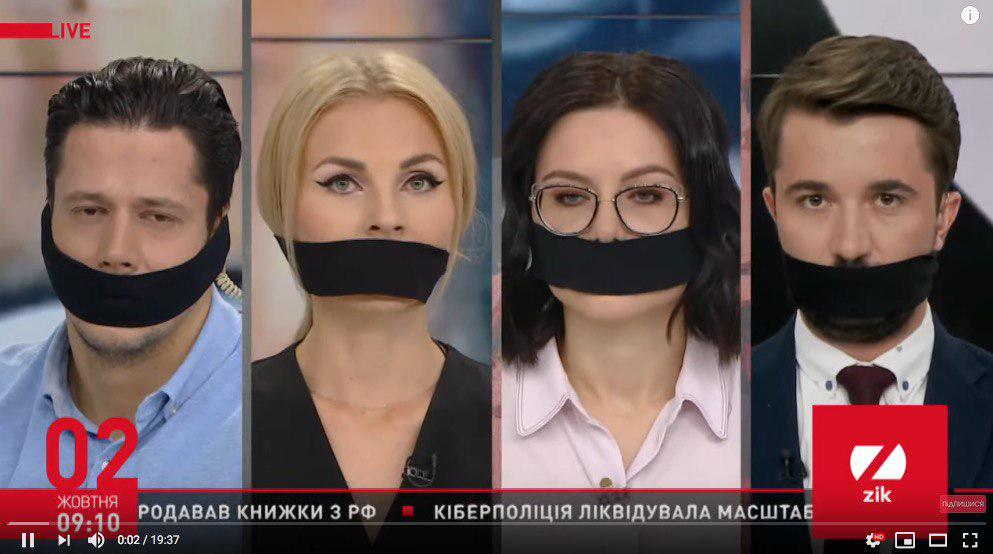 But they do not see dictatorships and media clampdown in Ukraine at point blank range. After all, Ukraine, as they say, is not Russia. At the same time, today Vladimir Zelensky signed a decree on sanctions against Russian publications. Some of them are extended, some are new.

A very "democratic" approach - people, as they say, will figure it out. We think that the whole world has already figured out what the modern Ukrainian regime is, and specifically - its president with his entourage. And in the West, this, I must say, has been realized for a long time. Only they cannot do anything about this hotbed of tension in Europe, which they themselves generated.