The situation around Nagorno-Karabakh is again heating up, including because of Iran's position, so Russia cannot do without it again.

According to the correspondent of The Moscow Post, a meeting between Russian President Vladimir Putin and Armenian Prime Minister Nikol Pashinyan took place in Moscow. The Armenian leader rated it as very productive. According to him, both the bilateral agenda and the general situation in the region were discussed. The prime minister did not give other details.

Meanwhile, experts attribute the visit of Pashinyan to the deterioration of the situation in the region - in the sense that the regional consensus achieved so hard cracks at the seams. The South Caucasus as a whole is burrowing, confrontational rhetoric between Baku and Yerevan continues, and now Iran has also been added to it.

Tensions are rising again, including from Azerbaijan in Karabakh, where Russian peacekeepers are located. No more than last Saturday, a sniper (presumably from the Azerbaijani side) killed a civilian in the Martakert region of Nagorno-Karabakh. Even before that, on October 4, near the village of Eraskh, Azerbaijanis allegedly fired at a rear support truck from the Armenian side.

As for Iran, which suddenly entered the "equation." We are talking about the conflict specifically between Tehran and Baku, because Azerbaijan almost openly conducts allied relations with Turkey, especially in the military sphere. And in the world there are few irreconcilable enemies with as many contradictions as Turkey and Iran.

The latter is afraid of Turkey's growing influence in the region. This fact has long been obvious to everyone, which was worth only Ankara's military support during the 44-day war itself last fall. It got to the point that the Foreign Ministries of Azerbaijan and Turkey had to urgently get in touch in order to reduce tensions.

Tensions between Baku and Tehran rose in mid-September. But the reason, however, was called different. According to RIA Novosti, the Iranian authorities suspect that Azerbaijan is closely cooperating with a regional Iranian opponent - Israel.

Iran accused Israel of seeking to draw closer to the Iranian borders through Azerbaijan, trying to take advantage of the situation in Nagorno-Karabakh, as well as to ignite a conflict between Baku and Tehran. Earlier, on October 4, the meeting was held by the Foreign Ministers of Armenia and Tehran, where representatives of the latter said that they would not allow foreign interventionists to influence the situation in Transcaucasia, as well as Iran's relations with the countries of this region.

So, tensions are rising. And it is significant that neither Nikol Pashinyan himself nor the Kremlin began to give details in the negotiations. The official message on the Kremlin's website only says about the beginning of the meeting and the mutual exchange of courtesies, but does not give specifics. This means that the situation remains tense, and it is not yet advisable to make any decisions on it in the public.

"Regional consensus now gives cracks. The attitude that was towards the region on the part of the world centers of power is now changing, a sign of which can be considered at least an Iranian-Azerbaijani aggravation. Perhaps Iran enjoys tacit support from non-regional force centers, and these centers send the necessary messages to Ankara and Baku, "said political analyst Vigen Hakobyan, Sputnik Armenia quoted him as saying.

Separately, Moscow also works with Tehran. Recently, Iran's Foreign Minister Hossein Amir-Abdollahian was in the Russian capital, paying much attention to the conflict that had arisen between his country and Azerbaijan. As a result of this visit, it was finally clear that in the year since Azerbaijani troops broke through the line of demarcation in Nagorno-Karabakh and then signed trilateral agreements between Armenia, Azerbaijan and Russia, the situation has not only not become better, but has become even more complicated.

In this context, it was vital for Pashinyan to clarify the positions of the Russian leadership regarding the situation, to ask to put pressure on other parties to reduce tension. Pashinyan understands that he managed to win the election after a heavy defeat in the war, but the second such conflict, regardless of its outcome, will definitely send him to a political pension.

In fact, Russia was and has remained the only stabilizing factor that deters the parties from further bloodshed. Of course, at the meeting between Putin and Pashinyan, more specific, but no less acute issues were to be discussed.

It is, of course, about the return of prisoners, and the unblocking of communications along the demarcation line, and many other issues. In addition, the meeting was supposed to touch on the topic of the upcoming CIS summit, as Vladimir Putin mentioned in his greeting.

Recall that both conflicting countries remain full members of the organization, which means that they will have to work in person in any case. Russia will push them to points of contact, while remaining an arbiter and acting as a guarantor of security.

"The security system of an independent Armenia has never been as vulnerable as it is now. And Azerbaijan, which is supported by Turkey, has territorial claims against Armenia, as evidenced by the fact that Azerbaijani troops invaded the border sections of Syunik and Gegharkunik, "said Tatul Hakobyan, coordinator of the Armenian ANI research center. His words are quoted by Kommersant.

In addition, in order to somehow move the rapidly deteriorating situation in the region into a positive direction, in addition to the negotiations between Putin and Pashinyan, another meeting was to be held in Moscow - Patriarch of Moscow and All Russia Kirill, Catholicos of all Armenians Garegin II and Chairman of the Caucasus Muslim Administration Sheikh-ul-Islam AllAllshukur Pashazade (considered spiritual 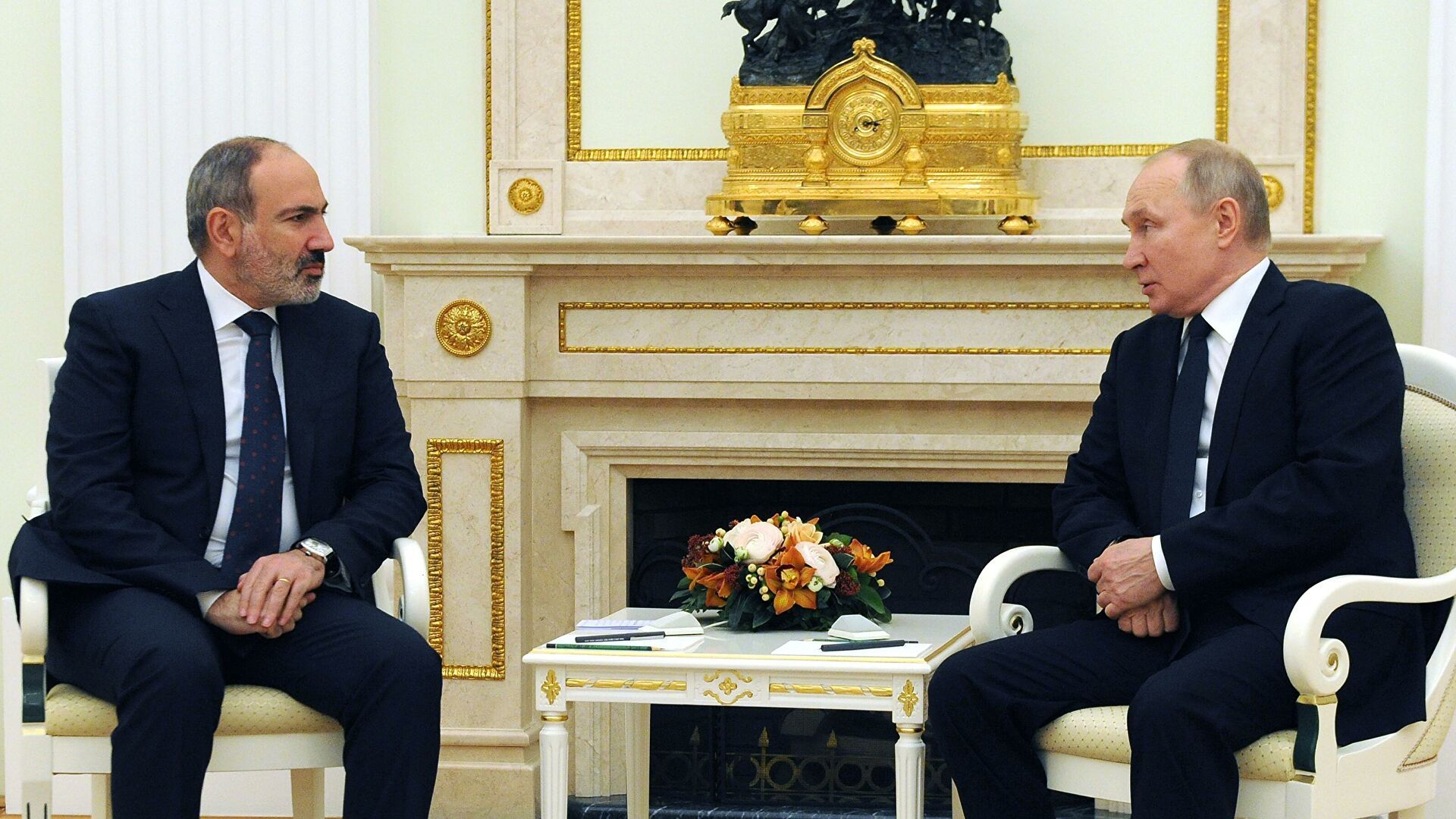 Following the talks, the parties did not talk about any specific agreements, but given the reasons for Pashinyan's visit, this does not mean that they were not reached

This line usually discusses humanitarian issues, such as the release of detainees. That is, we see that despite the aggravation of the situation, Russia again does not stand aside, but tries with all its might to establish a dialogue between the countries.

It was this mediation position that allowed Armenia to avoid the complete loss of Nagorno-Karabakh by agreeing to the introduction of Russian peacekeepers last fall.

The bad news is that despite the settlement, there is no end or edge to resolving the conflict. And since Putin cannot hold the hand of either Pashinyan or Aliyev, Russia's mediation efforts, unfortunately, may be required more than once.