Chronicles of the American "insanity"

What can Russia expect after the inauguration of Joe Biden, and why does the wave of the most difficult internal problems of the United States hide a huge threat to peace and security on the planet?

As the correspondent of The Moscow Post reports, today in the United States a truly epoch-making event will take place - the inauguration of the US President-elect, representative of the Democratic Party Joseph Biden. Epochal, because for the first time in American history, it takes place against the background of a deep split in society, a situation of witch hunts, political repression and the squandering of all those rights and freedoms that the Stars and Stripes previously boasted of.

As the American media and bloggers themselves write on the results of the elections, more than 40% of the US population does not trust the results of the last election. More than 74 million Americans who voted for Biden's rival, Republican Donald Trump, were actually taken out of big politics. The political split is superimposed by racial and ideological ones.

Today, the centre of Washington resembles the green zone in Baghdad during the American occupation of this country. More than 25 thousand employees of the National Guard, police, FBI and CIA agents, infiltrated into everything, protect security. The Capitol and the area around it are surrounded by a three-metre fence. Across the country, there are detentions of those Trump supporters who dared to express their point of view in any other way than by gossiping in the kitchen about the launched flywheel of repression.

Is this the modern US? The dragon slayer turned into the dragon itself. Or has he always been?

For Russia, the events taking place in the United States are of great importance. After all, as you know, in a situation of internal crisis and division, one of the old proven ways to distract society from problems is to switch its attention to an external enemy. And Russia has become such an enemy for the United States, albeit unofficially.

President Donald Trump leaves in much the same way as he comes - in the wake of disinformation and innuendo about Russian interference and even Vladimir Putin personally in the course of the American elections. The political culture of the United States has already reached such insanity that the Speaker of the US House of Representatives, Nancy Pelosi, openly calls Donald Trump "Putin's servant". This is written by RIA Novosti.

The reason to throw mud at the outgoing Head of State was hacker attacks on US Government agencies and corporations. Of course, Russia was found guilty without conducting any investigations and presenting evidence. Russia will now always be guilty of everything, because Biden has already outlined his position on the fact that Russia is the main threat to the United States. This was written by RBC.

In Russia, even the most furious supporters of increasing the role of the state in the life of society are shocked at how quickly and rapidly the once leading democracy is sliding into outright authoritarianism. Though is not the vector of movement that surprises - it was clear a long time ago. But the speed with which the country literally fell into the abyss of idiocy and hysteria.

Measures to ensure security at the inauguration of Joe Biden are justified by the alleged threat from radical elements, who are widely recorded as agents of Russian influence. Americans cannot forget the so-called storming of the Capitol on January 6. Then, let us recall, people at a rally in support of Trump were deprived of any opportunity to challenge the election results. As a result, people broke into the territory of the Capitol, they were opened fire on them.

Five people died. Four protesters and one police officer. And if a police officer died from a fire extinguisher blow to the head, then the other victim was a US Army veteran who gave more than 10 years of her life to the service. Who had awards and other services to the country that she sincerely loved. She was shot in the back. Seven shots - half the clip. And she, along with other protesters, was called nothing less than terrorists and bandits who attempted to destroy the temple of American democracy.

How can we not remember the previously repeatedly convicted, unemployed and sitting on banned substances George Floyd, whose unintentional murder was the reason for the explosion of cultural and racial confrontation in the United States and the creation of the notorious Black Lives Matter hate factory. They buried him by the whole world in a golden coffin.

As a result, the riots, looting, and violence that accompanied the BLM rallies across the country are generally considered a manifestation of freedom and citizenship in the United States. And the attempt to draw attention to the massive fraud in the elections, which occurred in the Capitol on January 6, is considered a terrorist act.

Moreover, it is clearly not without a Russian trace. Yes, paranoia is taking things to new heights. This is no joke - Hirali Clinton "suspected" that the actions in the Capitol could be "coordinated" by Russia and even Putin personally. And she said she would like to hear recordings of Trump's phone conversations to find out if he spoke with Putin before storming the Capitol. This is written by RBC.

Later, Clinton announced that "Congress needs to establish an investigative body like the 9/11 Commission to determine Trump's ties to Putin so we can repair the damage to our national security and prevent a puppet from occupying the presidency ever again", she wrote.

The previously mentioned Speaker of the House of Representatives, Nancy Pelosi, said that the riots that took place in Washington on January 6 were "a gift to Putin." The craziest thing is that Trump was not even given the opportunity to justify himself or respond. All his accounts in social networks such as Twitter, Facebook, Instagram, WhatsApp and the others were blocked.

Tens of millions of Trump supporters were left without the right to receive information directly from their leader. This is a clear violation of their rights and freedoms. But when it comes to repression in the United States, it is better to keep quiet about freedom. This is not Russia, where you are carefully conducted, and then "given" 15 days under the general howl of the liberal media. In the United States, the discontented are dealt with harshly.

The story of the conservative Parler social network, which was popular with Trump supporters, is indicative. After his Twitter account was destroyed, many defected, but not for long. After all, the Parler was simply taken, and "thrown out" from the AppStore! That’s all, finita la comedia. After that, the social network announced the move to Russian hosting. This was written by Meduza (performs the functions of a foreign agent on the territory of the Russian Federation). 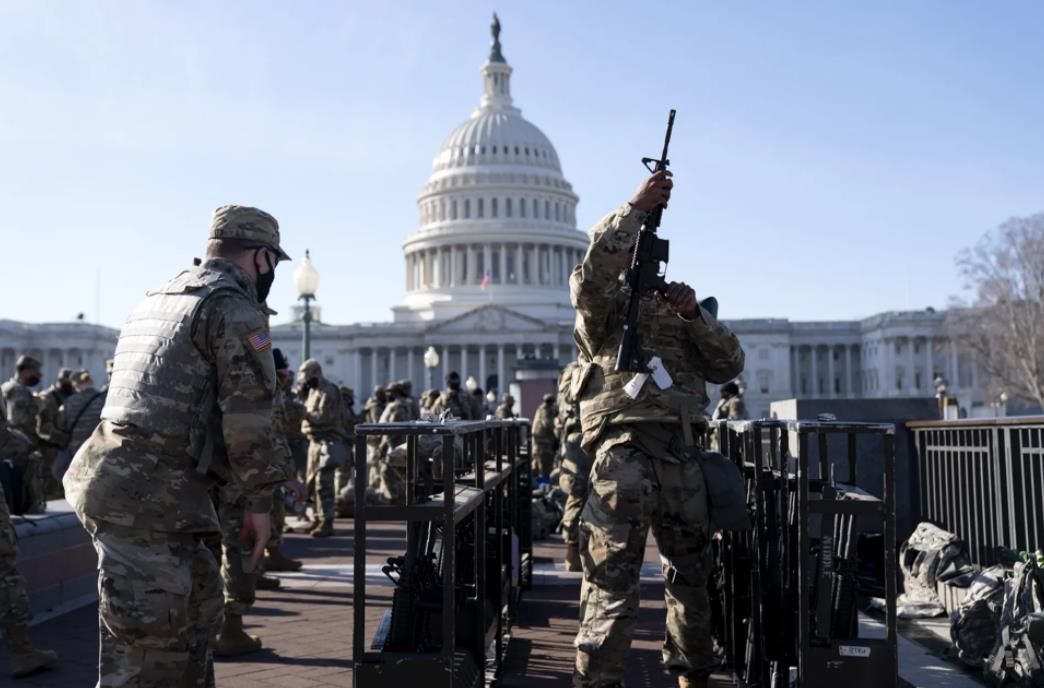 Just think about it - the American social network is moving to the dense Russia, which is struggling with the Internet. Funny? Even funnier, the Durov Telegram was also under threat. Now in the US, they require people to remove it from the AppStore as well. Even the most avid defenders of American values among the Russian bought-in liberal intelligentsia were literally taken aback by this.

Returning to the witch hunt, which will only intensify with the inauguration of Biden, it should be noted that insanity has grown stronger almost to the breaking of Government communication lines in the Russian Consulate General in the United States. Suddenly, the day before the inauguration, several dozen phone lines were disconnected there at once. In addition, there is no regular city telephone service for two days in the institution.

The Russian Embassy in the United States demands that the problems be fixed immediately, but something suggests that this will not happen before Biden takes office. To what wildest insanity would it be possible to turn off several dozen lines to the consulate, allegedly in order to "stop communications" between "agents of the Russian Federation" on the eve of the inauguration of the world's main "defender of freedom"?

He's already defending his freedom. Especially economic freedoms. Free market. We are talking about the sanctions against the Nord Stream-2 gas pipeline, which were promoted by Donald Trump. On January 19, new sanctions came into force - against the Fortuna vessel, laying the gas pipeline. The pressure is mounting, and Gazprom itself recognizes that the project may be frozen due to high risks and pressure.

This means a blow to entire sectors of the German economy, higher prices for blue fuel in Europe, interruptions in supplies through unstable Ukraine. Apparently, this is exactly what the US administration wants. This is nothing but a gross interference in the affairs of foreign countries.

But the most terrible thing is not even economic pressure by political methods. And the fact that Biden will certainly solve deep internal problems in the United States with the help of a power component on foreign territory. A small victorious war, similar to Desert Storm operation, where only about 200 Americans were killed - this is what can be a salvation for outright senile people from the American establishment. This technology is as old as the world. The new "storm" is just beginning.