Chastise Kissinger: Ukrainian pseudo-elite will not survive without confrontation with Russia

Sentiments in the West towards the Ukrainian crisis are changing in parallel with the growing economic problems, but so far reasonable voices are drowning in a heap of bellicose statements and direct insults from Kyiv.

As the correspondent of The Moscow Post reports, in connection with the successes of the allied forces of the Russian Federation, the DPR and the LPR to liberate Donbass, the West thought about finding compromises with Russia. So far, very quiet, fearing reprisals in their own countries.

Experts argue that the hope of a quick defeat of Russia is melting every day, and Western military aid does not play a decisive role. Meanwhile, the West itself is facing an unprecedented economic, energy, fuel, food crisis.

Western institutions understand that whatever the desire to harm Russia, by the fall, without the assistance of our state, a number of European economies may collapse. And the sharp rise in fuel prices in the same United States whips up the already landslide drop in President Biden's rating.

Henry did not come to the court

The day before, one of the oldest and most authoritative political experts in the world, an adviser to many American presidents, ex-US Secretary of State Henry Kissinger, expressed his opinion.

He called for an end to attempts to "inflict a crushing defeat" on Russian troops in Ukraine. He also said that Western countries should pressure Ukraine to resume peace talks before the current state of affairs causes insurmountable shocks.

What does it mean? Kissinger, despite his advanced, nearly century-old age, maintained a clear mind and analytical mindset. He only voices the opinion of a significant part of the Western establishment - in the situation of the hybrid war unleashed by the West against Russia in Ukraine, it is the Western states that may turn out to be "extreme."

Whereas the goal of Ukraine, to which its Western partners (especially Poland and Great Britain) are pushing it to return Crimea and Donbass, is absolutely unrealistic.

This means that if no one calms Ukraine down - whether it is the Russian army or the curators of Zelensky's team in the West, Europe will face even more severe shocks from the impending crisis.

At the same time, Kissinger said that Russia has been an integral part of Europe for 400 years and at critical moments acted as a guarantor of the European balance of power. Therefore, according to him, one should not lose sight of long-term relations with Moscow and push Russia to an alliance with China.

Of course, this is a fear of the Chinese threat. Today, the States are turning in the Asian direction and are trying to create an analogue of NATO in the Asia-Pacific region. The AUKUS military bloc included the United States, Australia and the United Kingdom. Attempts to draw Japan and South Korea there will continue. At the same time, there is an opinion that these Asian countries should be included directly in NATO.

The day before, a significant event took place - joint patrolling of airspace over the Pacific Ocean by strategic bombers of Russia and China. This is a bright and clear signal that the military rapprochement between the two countries continues. And this is what fears the same United States, which understands that the army will not be able to achieve a military victory for Ukraine.

This means that further support for Ukraine carries only more risks for the United States in the growing confrontation with China. Not to mention the fact that Russia hastily redirects its energy export to the PRC.

It is with these fears against the background of the failures of the Ukrainian army (Svetlodarsk was left without a fight yesterday, and a large group of the Armed Forces of Ukraine in Severodonetsk risks being surrounded for a couple of days) that Mr. Kissinger's sharp turn is associated. 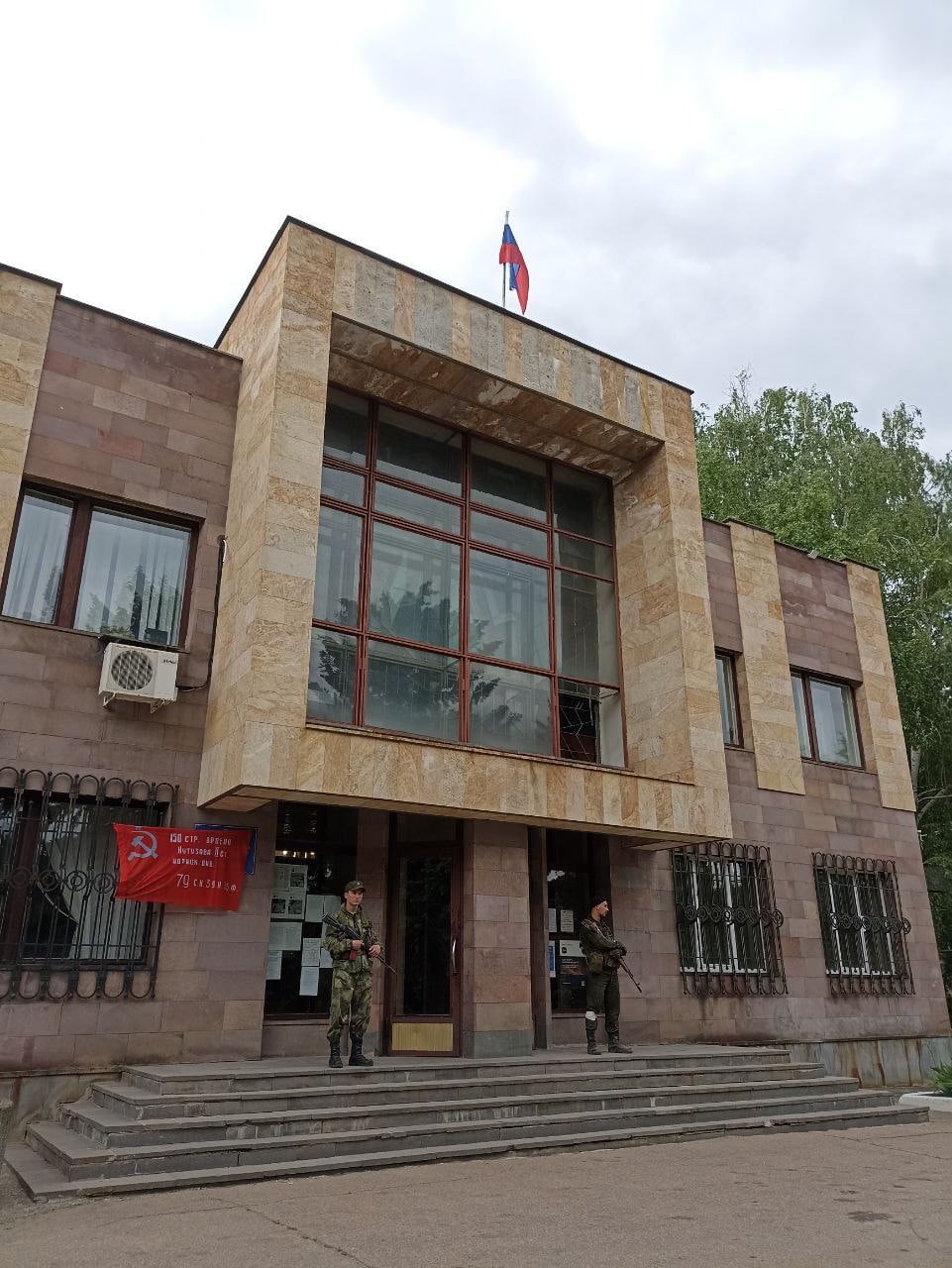 The Russian flag was raised over the Svetlodarsk mayor's office. Russia's success in liberating Donbass clearly worries Ukraine's Western partners - did they bet on that? Photo: open sources

Russia should be a bridge between the West and the East, says Kissinger. That is, he reproduces the same idea of ​ ​ "normal," non-block Ukraine, a large logistics hub, where the rights of all living peoples and their languages ​ ​ are protected. So it pulls to ask - and before you were where?

Of course, such opinions are not isolated. More than once it was said that the same Europe cannot agree on the sixth package of sanctions against Russia (in which they want to prescribe an embargo on the purchase of oil of the Russian Federation) because of the special position of Hungarian Prime Minister Viktor Orban.

The latter is well aware that in the event of an embargo, the Hungarian economy may face a collapse. Outside the EU, Serbian President Alexander Vucic is in no hurry to impose sanctions against Russia. NATO Turkey did not impose sanctions either.

At the same time, the Italian leadership is gradually approaching such sentiments. On the eve of Italy proposed a plan for resolving the crisis in Ukraine. The document, compiled by the Foreign Ministry with the participation of the Chigi government palace, was handed over by Italian Foreign Minister Luigi Di Maio to UN Secretary General Antonio Guterres.

We will not completely disassemble it, let's just say that it is supposed to raise the issue of Crimea's ownership again. That is, this plan is absolutely unrealistic, as prominent Russian politicians have already spoken about. In particular, the deputy head of the Security Council Dmitry Medvedev. At the level of the Foreign Ministry, they promised to get acquainted with him closely. But another thing is important: if a month ago almost all of Europe shouted about the need to defeat Russia, now sobering is coming.

And with the approach of autumn and winter, they will start to crack faster.

"Let's not talk about sanctions"

Perhaps the fiercest haters of Russia, Great Britain, also fussed. On the eve of the Minister of Defense of the United Kingdom Ben Wallace called on Russia to allow Ukraine to export grain, they say, the shortage will provoke hunger. Russia must "do the right thing," Wallace told reporters in Madrid, where he met with his Spanish counterpart Margarita Robles, and open a grain corridor from Ukraine's Black Sea ports.

'It's a grain for everyone. Libya, Yemen, people all over the world rely on this grain to feed themselves. I urge Russia to do the right thing in the spirit of humanism and release the grain of Ukraine, stop stealing grain in its favor. We will not talk about sanctions, let's do the right thing, "the minister urged.

And Wallace immediately rejected the idea of ​ ​ lifting anti-Russian sanctions in exchange for unlocking the ports that were proposed in Moscow today, and welcomed the proposal of Black Sea countries such as Turkey to accompany grain supplies from Ukraine. Writes about this TASS.

Firstly, no one blocked the export of grain from Ukraine. And secondly, the statements of Mr. Wallace resemble, if not schizophrenia, then a serious bipolar disorder. So I want to say: Mr. Wallace, do the right thing. Lift sanctions and stop supporting the criminal Kyiv regime. And then we will think about resuming cooperation with your country.

In Ukraine, despite all the puppetry of the Kyiv regime, they understand how the country is threatened with the spread of sentiments and opinions, which were previously expressed by Kissinger. And the old politician was immediately subjected to obstruction, insults, including obscenities, in particular, the speaker of the President's Office Alexei Arestovich, another "talking head" of the Kyiv regime Mikhail Podolyak, and Zelensky himself did not fail to prick Kissinger for his unexpectedly peacekeeping position. 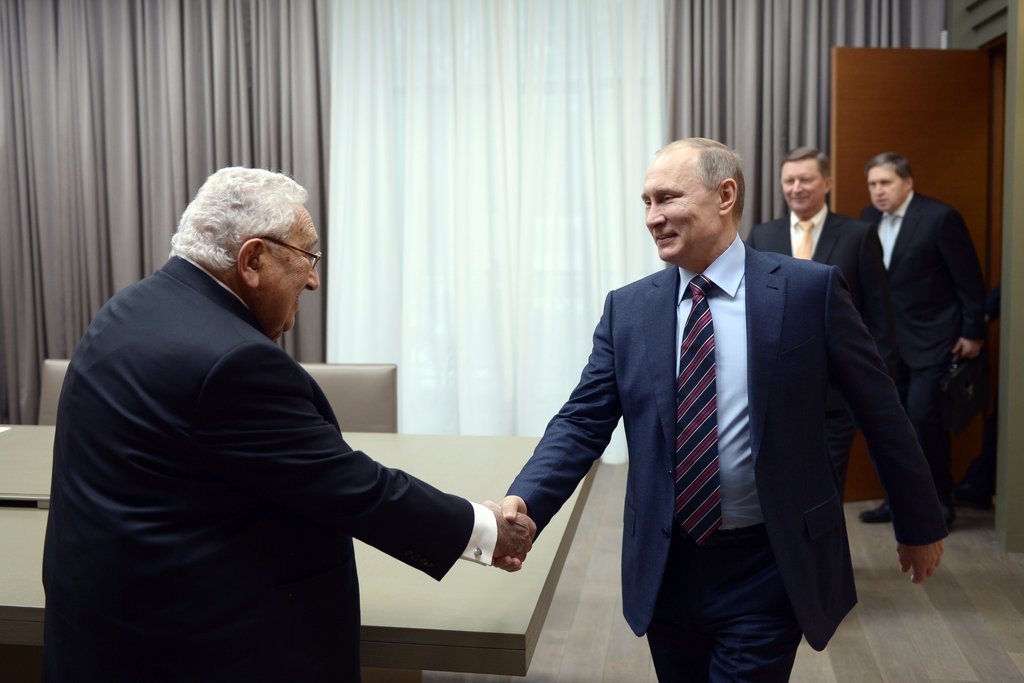 After Kissinger's statement, he was immediately reminded of meetings with Vladimir Putin. Photo: regnum.ru

By the way, an attempt to reprimand the former secretary of state and the scattered insults against him did not go unnoticed by the Western public. They understand more and more - Ukraine is simply not contractual.

The Ukrainian pseudo-elite also understands that it can only reproduce in the context of the confrontation with Russia and with large-scale Western assistance - finances, weapons and others.

Zelensky himself with his family, however, according to rumors, has long had British citizenship. And his dad and mother are Israeli, and they allegedly live very close to the former Russian oligarch Mikhail Prokhorov.